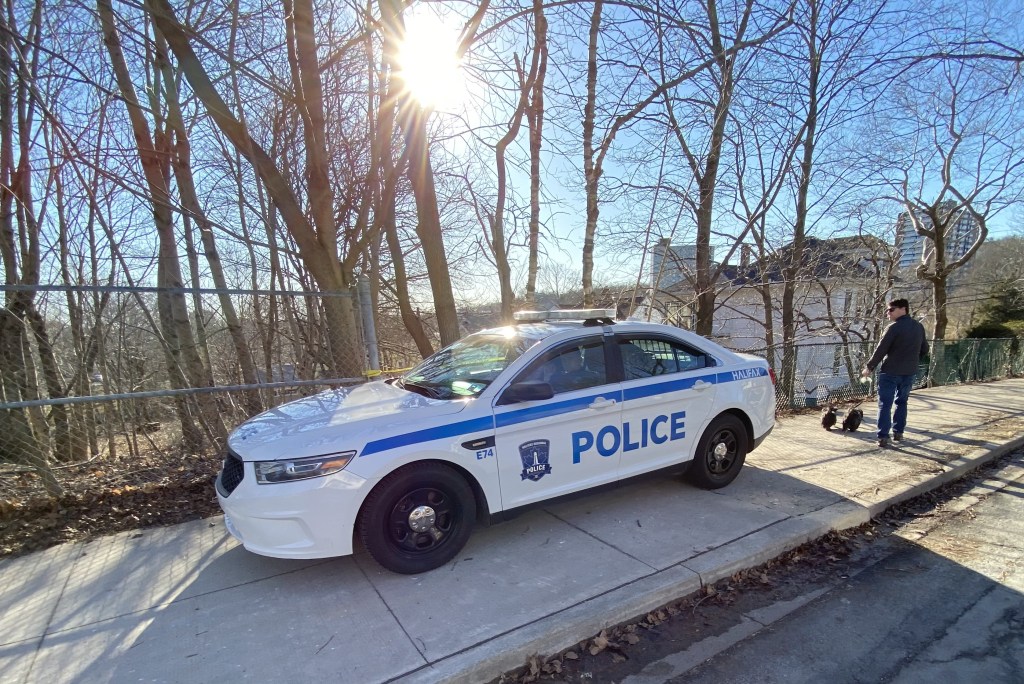 A man walks his dogs past a Halifax Regional Police vehicle guarding the Hawthorne Street entrance to a path connecting to the back of the Findlay Centre in Dartmouth on Friday afternoon. Photo: Zane Woodford

Police have found human remains in a park behind a recreation facility in Dartmouth.

In a news release Friday afternoon, Halifax Regional Police said they “received a report of what was believed to be human remains in a wooded area near Elliott [sic] Street in Dartmouth.”

The wooded area runs behind homes on Prince Albert Road, and connects Hawthorne Street to the basketball court and playground behind the Findlay Centre, a municipal recreation facility on Elliot Street.

“Police located the remains at that location and the Medical Examiner’s Office have confirmed them to be human,” the release says.

There were multiple police vehicles on scene throughout Friday afternoon, including one blocking the path between Hawthorne and the Findlay Centre.

A few minutes before the news release came out, Halifax Regional Police spokesperson Const. John MacLeod told the Halifax Examiner in an email that police were “onscene in relation to an ongoing investigation.”

“There are no public safety concerns in relation to the investigation,” MacLeod wrote.

The release says the “investigation is in the early stages no further information is available at this time.”