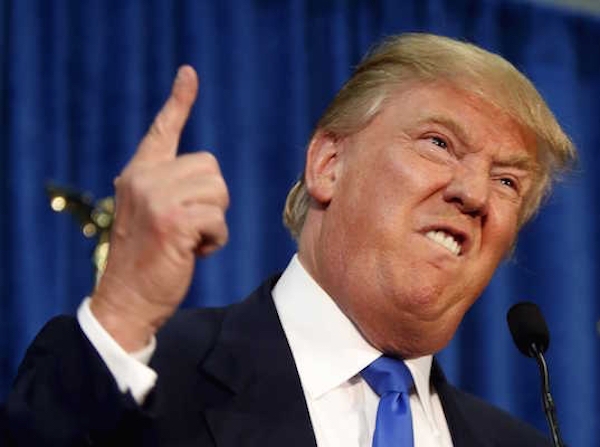 If you use the F-word, inevitably some people respond by saying “this isn’t fascism because unlike Hitler…” or whatever. But of course fascism in the 1930s was expressed in its own time; 80 years later, it will be expressed differently. Trump is a fascist, his government fits the dictionary definition of fascism, and he is using fascist techniques: “Only I can save you,” he told the Republican National Convention, a jarring dismissal of democratic institutions and even democracy itself. And his actions since taking office are textbook vilification of minorities for political purposes.

It’s important to call Trump’s executive orders over the weekend what they are — fascistic — so as not to normalize them; they are simply beyond the pale, utterly unacceptable. And if there is anything to be learned from the fascism of the 1930s, it is imperative that good people stand up to fascism before even more horrors follow.

I don’t know how best to fight US fascism from Halifax. I made a donation to the ACLU yesterday because it is fighting the exclusionary policies of the moment, but also because we need strong US institutions that work to counter Trump. 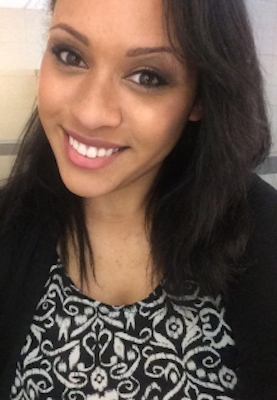 Local people are taking what action they can. King’s College student Erica Baguma started the @Trump_Regrets Twitter account, which “has been retweeting posts from angry and disillusioned Americans who voted for U.S. President Donald Trump and wish they could take it back,” reports the CBC:

“I found that the population is a lot more diverse than I expected,” she said. “I really didn’t have a good picture of why people were voting for him, and so of course that was part of why I started it. Because I’d never met a Trump supporter. And a lot of his supporters really had good intentions.

“A lot of them were really naive and sort of thought all of the racism and misogyny was just bluster, but really he wanted what was best for the American people. A lot of them really didn’t educate themselves on all of his positions and were sort of single-issue voters, like against Obamacare, and stuff like that.”

This is interesting, and I think Baguma’s work is important. Consider Josh Jones’ commentary on Hannah Arendt:

Arendt, on the other hand, looked closely at the regimes of Hitler and Stalin and their functionaries, at the ideology of scientific racism, and at the mechanism of propaganda in fostering “a curiously varying mixture of gullibility and cynicism with which each member… is expected to react to the changing lying statements of the leaders.” So she wrote in her 1951 Origins of Totalitarianism, going on to elaborate that this “mixture of gullibility and cynicism… is prevalent in all ranks of totalitarian movements”:

In an ever-changing, incomprehensible world the masses had reached the point where they would, at the same time, believe everything and nothing, think that everything was possible and nothing was true… The totalitarian mass leaders based their propaganda on the correct psychological assumption that, under such conditions, one could make people believe the most fantastic statements one day, and trust that if the next day they were given irrefutable proof of their falsehood, they would take refuge in cynicism; instead of deserting the leaders who had lied to them, they would protest that they had known all along that the statement was a lie and would admire the leaders for their superior tactical cleverness.

Why the constant, often blatant lying? For one thing, it functioned as a means of fully dominating subordinates, who would have to cast aside all their integrity to repeat outrageous falsehoods and would then be bound to the leader by shame and complicity. “The great analysts of truth and language in politics” — writes McGill University political philosophy professor Jacob T. Levy — including “George Orwell, Hannah Arendt, Vaclav Havel — can help us recognize this kind of lie for what it is…. Saying something obviously untrue, and making your subordinates repeat it with a straight face in their own voice, is a particularly startling display of power over them. It’s something that was endemic to totalitarianism.”

Arendt and others recognized, writes Levy, that “being made to repeat an obvious lie makes it clear that you’re powerless.” She also recognized the function of an avalanche of lies to render a populace powerless to resist, the phenomenon we now refer to as “gaslighting.”

We in the media have an obligation to call out Trump’s lies, to state the truth, and to keep to the world of the rational. We cannot frame this as simply a two-sided political debate, each side given equal weight.

There have already been two good local articles on Trump’s executive orders — CBC’s “‘Reeks of discrimination’: Nova Scotia immigrants react to U.S. travel ban” and Metro’s “Halifax woman from Iran on travelling to United States: ‘just sick thinking about it’.”

We are entering terrible times. We can’t even imagine the horrors that are about to befall us, and no matter what happens, this won’t end well.

We didn’t ask for fascism, but here it is. We have the obligation to deal with fascism now, directly and with purpose. It is what will define us. 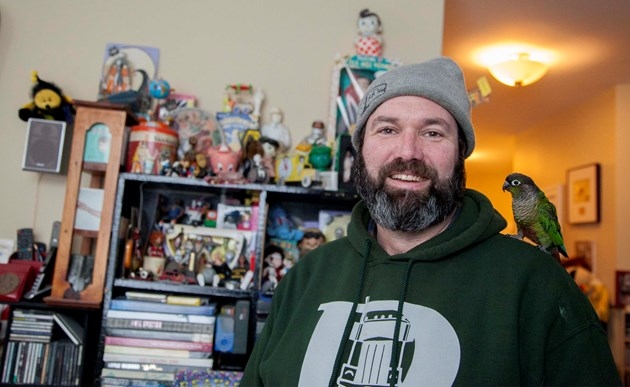 On what is one of the longest episodes in Examineradio’s history, we devote almost the entire show to marking the auspicious occasion of the one-year anniversary of the Chronicle Herald strike.

First we speak with veteran arts reporter Stephen Cooke about the cautious optimism surrounding the current round of negotiations between the union and management and the dearth of in-depth arts criticism in Halifax.

We also speak with two experts in the newspaper industry and modern journalism: Robert McChesney is a professor of communication at the University of Illinois, Urbana-Champaign. He’s a co-founder of Free Press, an advocacy group that “…fights to … curb runaway media consolidation, protect press freedom, and ensure diverse voices are represented in our media.” He’s also the co-author of The Death and Life of American Journalism.

Rick Edmonds is a media business analyst at the Poynter Institute in Tampa, FL.

Finally, CKDU’s Francella Fiallos was at the demonstration in front of the Chronicle Herald offices this past Monday. She spoke with some of the striking workers as well as politicians and supporters. 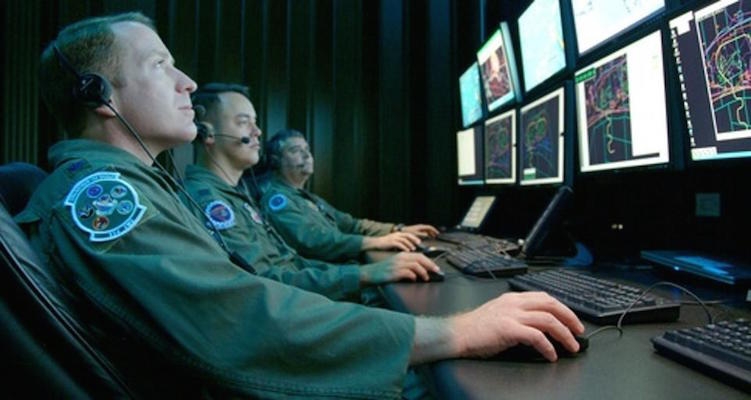 “When he addresses military audiences, Gary Brown often fields questions from soldiers who can’t see how cyber warfare is relevant to their lives,” reports Chris Lambie:

They’ll tell Brown, a professor of cyber security at Marine Corps University in Quantico, Virginia, that they aren’t involved in cyber operations and can’t see why they should care about cyber warfare.

“You may not in fact be interested in it, but it’s very interested in you,” Brown, a retired US Air Force colonel, told the crowd Friday at Dalhousie University’s 12th International Humanitarian Law Conference.

1. Another Monday in Chaos

“It’s Monday. So it must be time for the latest zig in the zig-zaggy, twisty-turny, tortured tale of Stephen McNeil and the Nova Scotia Teachers Union,” writes Stephen Kimber. 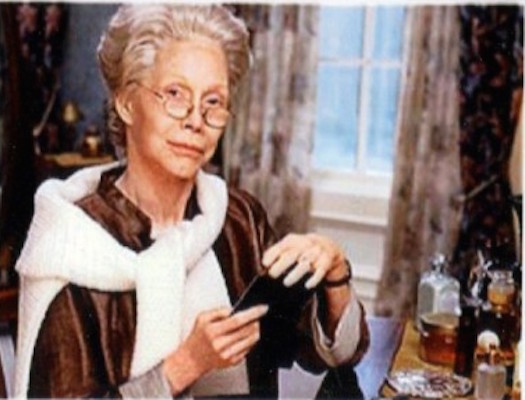 “The continued steep decline in local media was revealed again when no reports on [Mary Tyler Moore’s] death mentioned that Moore filmed a movie for TV here in Halifax in the summer of 2003,”  writes Ron Foley Macdonald:

Blessings was adapted from journalist and author Anna Quindlen’s 2002 novel, and told the story of an eccentric 82-year old woman played by a heavily made-up Moore, whose life is revitalized by the arrival of a baby, dropped off anonymously on her doorstep.

Local actors Cory Bowles and Laura Regan provided supporting roles, and the project was broadcast on CBS in October, 2003, right after the catastrophic landfall of Hurricane Juan in Halifax. That might be responsible for the mass amnesia in Nova Scotia concerning the project.

What is the difference?

No events; go to class for once already. 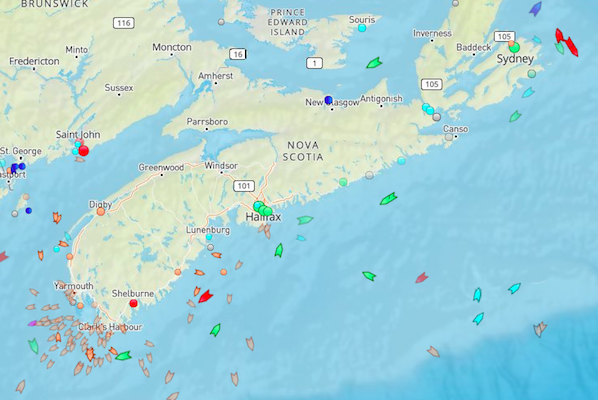 More articles are in the hopper, and should be churned out soon.