You are here: Home / Featured / How to value 27 newspapers spread across three provinces: the Ford Falcon test

I have left this item for last to write about today, simply because it’s so dispiriting.

I spent a couple of hours watching the police commission in action yesterday, and I could write at length about it here, but Margaret Anne McHugh summarized it perfectly with this tweet:

Learned a lot about democracy yesterday. Halifax Board of Police Commissioners has no power – can only recommend …? Furey can. No one, it appears, except police, can be involved in the decision to buy an armoured vehicle, either. No meaningful civilian oversight. https://t.co/E1l1K7yAJY

And my apologies here… but I was just notified of a potential news story I have to attend to immediately, so this Tuesday’s Morning File is even suckier than most Tuesday Morning Files, which almost always suck.

I stopped by the courthouse yesterday to have a look at SaltWire’s lawsuit against Transcontinental.

The lawsuit hasn’t been tested in court, so we’ll see how this plays out. But as I read through it, I was struck by both the seriousness of the allegations levelled against Transcontinental and by the apparent lack of even basic due diligence on the part of SaltWire.

It appears SaltWire accepted at face value the valuation of the Transcontinental assets it purchased as presented in a slide presentation that Transcontinenetal used as part of its sales presentation. 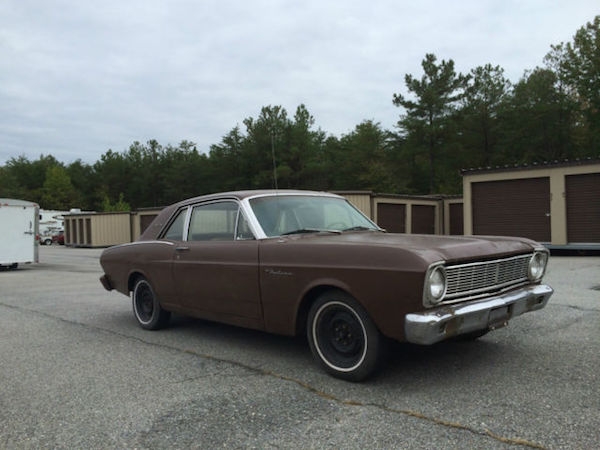 This car is the same colour and year as my 1966 Ford Falcon, but my car had a bunch of dents.

When I was a teenager, I was looking to buy my first car, a banged up 1966 Ford Falcon being sold by a young woman in desperate need of quick cash so she could move out of town. She was asking $1,000 for the car. I test drove it, and then took it by a mechanic and paid him 20 bucks to have a look-see. He said the car would probably be OK, but the woman was asking too much; “offer her $600,” he said, and I did, and she accepted. I drove that car for another four years before it crapped out.

That’s all to say it appears that 19-year-old dumbass Tim did more to investigate the true value of a banged up Ford Falcon than SaltWire did before purchasing 27 newspapers and four printing presses spread across three provinces.

In any event, the lawsuit makes serious allegations of misrepresentation on Transcontinental’s part.

The lawsuit claims that Transcontinental had inflated circulation figures to its customers, and so subsequently had to “remedy the wrongdoing by providing significant credits to customers for the non-existent circulation.” The customers didn’t learn of the misrepresentation until after the sale agreement with SaltWire.

Additionally, “SaltWire discovered that more than 141,00 flyer packages were not delivered by Transcontinental’s agent in Western Newfoundland [before the sale]. Significant damages have resulted from the requirement to clean-up those materials, and the need to compensate the client…”

As I say, we’ll see how this plays out in the courts, but if the allegations are remotely true, I can’t help but thinking that Transcontinental simply saw Mark Lever as an easy mark.

You can read the lawsuit here.

Yesterday, at about 3:30pm, a company called SolarTron Energy Systems filed for bankruptcy.

SolarTron was a spinoff company from the long-established Amherst firm EG Energy Controls.

SolarTron built a “SolarBeam Concentrator,” a “parabolic reflector solar energy collector.” This seems like ancient technology to me (but of course, what do I know?); according to a technical paper published by the company:

I emailed both agencies yesterday to see what the status of the loans is. It was late in the day, so I was surprised to get a response from NSBI spokesperson Mel Rusinak; she didn’t say what the outstanding debt on the loan was, but said NSBI is aware that SolarTron has filed for bankruptcy.

ACOA spokesperson Chris Brooks tried, but could not get back to me with the status of the ACOA loans by the end of the business day.

SolarTron is still profiled as a “success story” by the provincial Department of Energy.

Also yesterday, ACOA registered a judgment it had previously secured in a PEI court in Nova Scotia; the judgment is against a Nova Scotia firm called Atlantec Bioenergy.

Atlantec Bioenergy was originally called Agritech Ethanol, and in 2007 had tried to convince the PEI government to help fund a proposed ethanol plant in Cornwall, PEI; it would use sugar beets as the feed stock to produce ethanol. “However,” reported the Island Press, “a report commissioned by the province [of PEI] recommended against the plan and the company set up shop in Nova Scotia.”

The company rebranded as Atlantec Bioenergy with the aim of taking over the TrentonWorks factory in 2008, reported the CBC:

The company hopes to convince Nova Scotia farmers to produce 6,070 hectares of sugar beets, which would be converted into ethanol for sale to East Coast refineries.

The railcar plant in Trenton closed last year, putting 300 people out of work. Ernst and Young Inc., which has been hired to oversee the sale of the plant and its assets, has been looking for a buyer for months.

[Atlantec Bioenergy president Paul] Wheaton said the site is a prime location for the new venture.

“We have rail in Nova Scotia, we have water, we have the highway system and there’s more land here that’s available,” he said.

Wheaton said the ethanol plant would create 45 jobs and involve more than 100 farmers, and the federal government is providing a setup grant through Sustainable Development Technology Canada.

I can’t find the amount of the “setup grant” from Sustainable Development Technology Canada.

But for whatever reason, the TrentonWorks plan never proceeded, and in 2012 the company popped back up in PEI, landing “$1.8 million in grants, loans and labour rebates from the [PEI] provincial government and $340,000 from the Atlantic Canada Opportunities Agency” to build a “demonstration plant” in Cornwall:

Company executives were joined by Egmont MP and National Revenue Minister Gail Shea and Innovation Minister Allen Roach to unveil their plans at a recent news conference. Wheaton said during the news conference the company contracted with a grower in Savage Harbour to produce 50 acres of what he termed an “energy beet” The variety has been genetically modified to be resistant to Roundup and can be grown with a minimum amount of chemicals.

Instead of producing ethanol commercially, the company has a patent on the technology and hopes to sell it. The Cornwall plant, which is slated to come on stream early, next year, will exist largely to demonstrate the technology to potential customers. The company indicates they hope to employ 8-10 people immediately, increasing that to 25 within the first five years.

The PEI Green Party would have none of it:

“The same objections to this scheme still stand. We want to know why the Premier didn’t hold public meetings,” Labchuk said. “This company has made no secret of the fact they’re looking to grow sugar beets on an industrial scale in the Maritimes.”

She added it was “sneaky and underhanded” to spend our tax dollars this way when the Premier knows very well there has been significant opposition to ethanol and that Islanders are more interested than ever in supporting local organic food production over industrial monoculture crops.”

Besides the environmental issues, the company couldn’t make it financially. The original $340,512 ACOA loan extended in 2011 was amended to $444,154 in 2012, and in 2015 ACOA gave the company an additional grant of $50,000 to “hire a process engineer,” all to no avail. The company has gone belly-up, and ACOA registered a $262,125.28 claim against Atlantec Bioenergy in PEI, which has now been re-registered in Nova Scotia, at an additional cost of $697.60, added to the no-doubt uncollectible total. 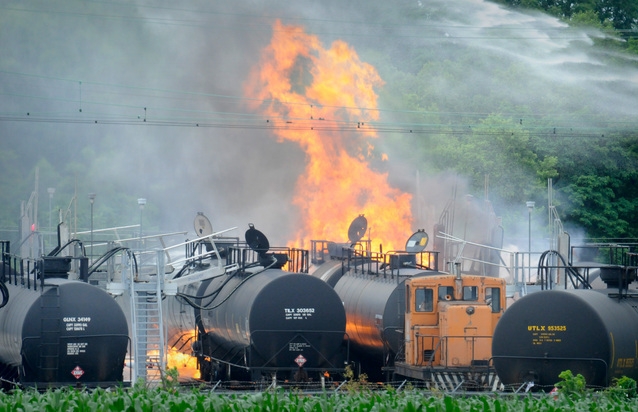 Atlantec Bioenergy president Paul Wheaton resides in Lancaster Pennsylvania, where he is owner of Lancaster Propane Gas. In 2013, a rail car making a butane delivery to that company exploded, severely injuring a worker.

Atlantec Bioenergy was part of a larger government push to produce a bioenergy industry in the Maritimes, which would primarily be focused not on sugar beets but on forest products.

“While province by province challenges exist, interest in the use of biomass for heat/combined heat/power and electricity generation is of interest across the region,” reads a 2012 report produced for ACOA:

The forest industry is a significant regional employer. Environmentally sustainable development of biomass and related products holds the potential to offset challenges in the global pulp and paper industry that are affecting Atlantic Canada.

Bioenergy is a component of the PEI’s Renewable Energy Initiative, and a similar program exists in NS. Researchers at UPEI and the PEI Departments of Agriculture and Forestry along with private research companies (e.g. Atlantec BioEnergy) could collaborate with NB and NS researchers on the concept of bio-refineries. 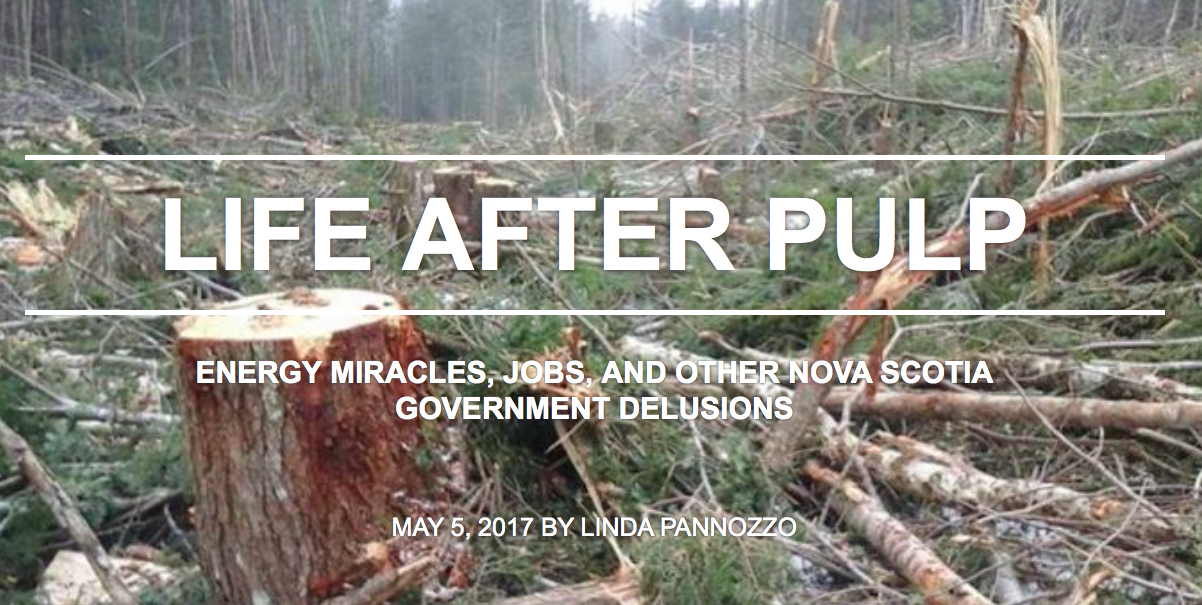 The misguided pursuit of biofuels was the subject of Linda Pannozzo’s article “Life After Pulp.”

Audit and Finance Standing Committee (Wednesday, 10am, City Hall) — nothing on the agenda jumps out at me as terribly interesting.

Community Design Advisory Committee (Wednesday, 11:30am, City Hall) — planners are still pretending that the politicians will abide by plans.

Residential Tenancies – The Basics and Beyond (Wednesday, 7pm, Room 104, Weldon Law Building) — Megan Deveaux will discuss the amendments that were made last year to Nova Scotia’s Residential Tenancies Act, and answer questions from the audience about the legal rights and responsibilities of both landlords and tenants in residential rental situations in the province.

Busy day today. I’ll try to get to council, but I have a couple of other projects that need my attention as well, so I’m not sure I can get to City Hall.