You are here: Home / Featured / How the finance industry screwed the state of Maine: Morning File, Thursday, April 23, 2015 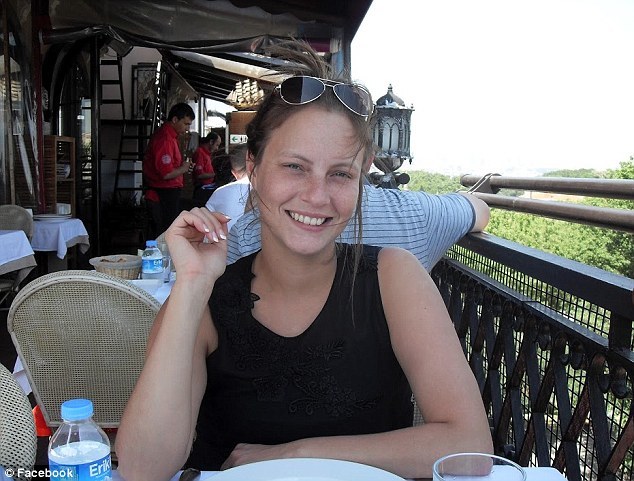 The statement of facts agreed upon by both relate that Saunders struggled while being attacked by Leggette as Henneberry looked on. Saunders was murdered because the pair didn’t have rent money.

People can having varying opinions about the film tax credit, but the bungled transfer of Film and Creative Industries over to Nova Scotia Business Inc. is either an intentional attack on the film industry generally, or if unintentional, it’s simply failed governance.

3. How the finance industry screwed the state of Maine 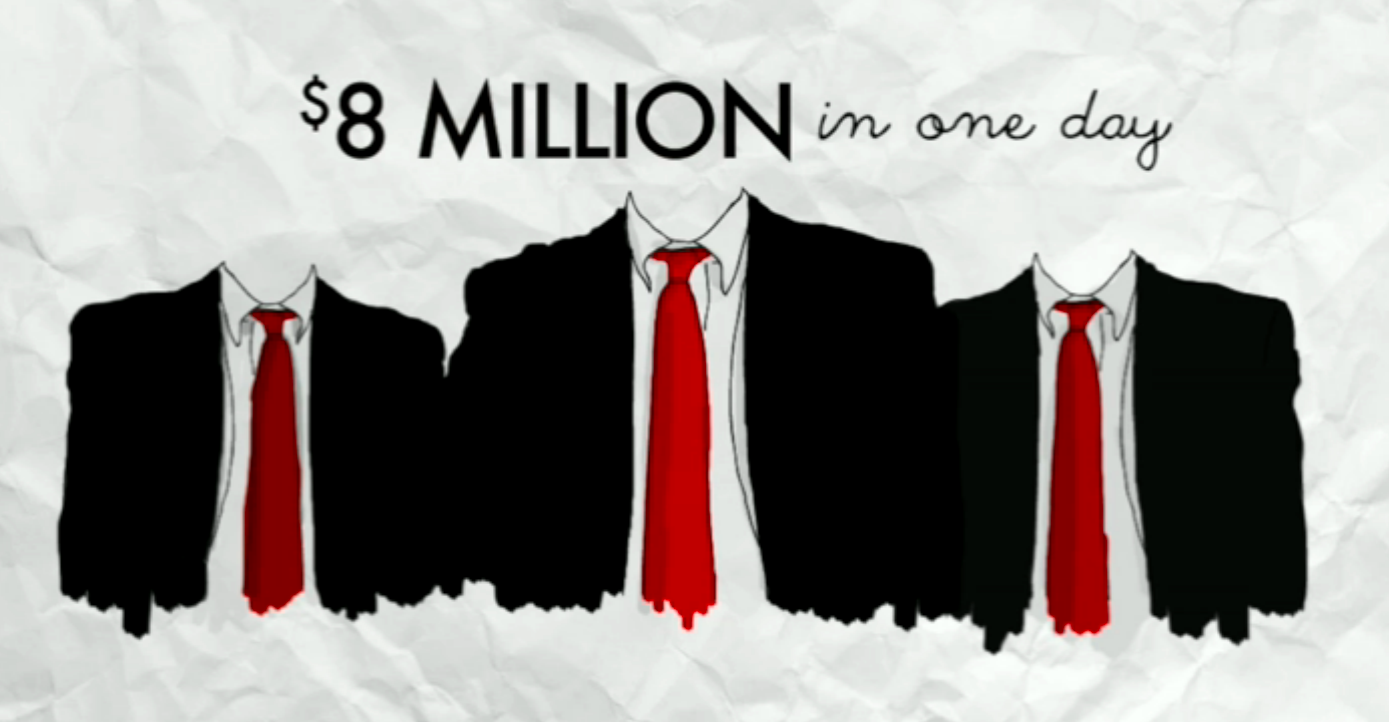 Regular readers will recall that residents of Maine hold the Nova Scotian government responsible for the closure of paper mills in that state. They argue convincingly that the Dexter government’s extension of $125 million in subsidies to the Port Hawkesbury pulp mill made Maine mills uncompetitive. In the wake of layoffs at the mills in Maine, Maine governor Paul LePage will not extend a promised $5 million line of credit to the Yarmouth ferry.

While it’s probably true that provincial government subsidies in Nova Scotia killed the Maine mills, the Maine state government itself tried to save the Great Northern Paper mill in East Millinocket through a $40 million financing scheme. But the deal was a scam from start to finish. .

The Portland Press Herald’s article last Sunday on the mill financing deal is an outstanding piece of investigative reporting (Part Two will run this Sunday). “The reality is most of that $40 million was a mirage,” writes reporter Whit Richardson, who explains that the money was funnelled through the Maine New Markets Capital Investment program, which works through a complex system of tax credits.

• By using a device known as a one-day loan, the deal’s brokers artificially inflated the value of the investment in order to return the largest amount of Maine taxpayer dollars to the investors.

•  That means taxpayers will provide $16 million to the investors while Cate Street received only $8.2 million, most of which it used to reduce existing debt.

•  The out-of-state financial firms that acted as middlemen in the deal, pocketing roughly $2 million in origination and brokerage fees, were the same ones that hired the lawyers and lobbyists who helped create Maine’s program.

•  Two of those financial firms made a combined $16,000 in campaign contributions to the original sponsors of the bill.

•  None of the money was invested in the mill, despite the intent of the program.

•  Legislators and other decision makers in Augusta didn’t understand the complexities of the program when they approved it in 2011.

In the end, here’s what really happened: Two Louisiana financial firms arrived in Maine with a plan to create such a program, hired lawyers and lobbyists to get it passed in Augusta, then put together the Great Northern deal using one-day loans that made an $8 million loan look like a $40 million loan. While they claim they did this to leverage more investment, the result is that Maine’s taxpayers are going to pay $16 million to banks and investment firms that invested only half that amount. And all of it was legal. 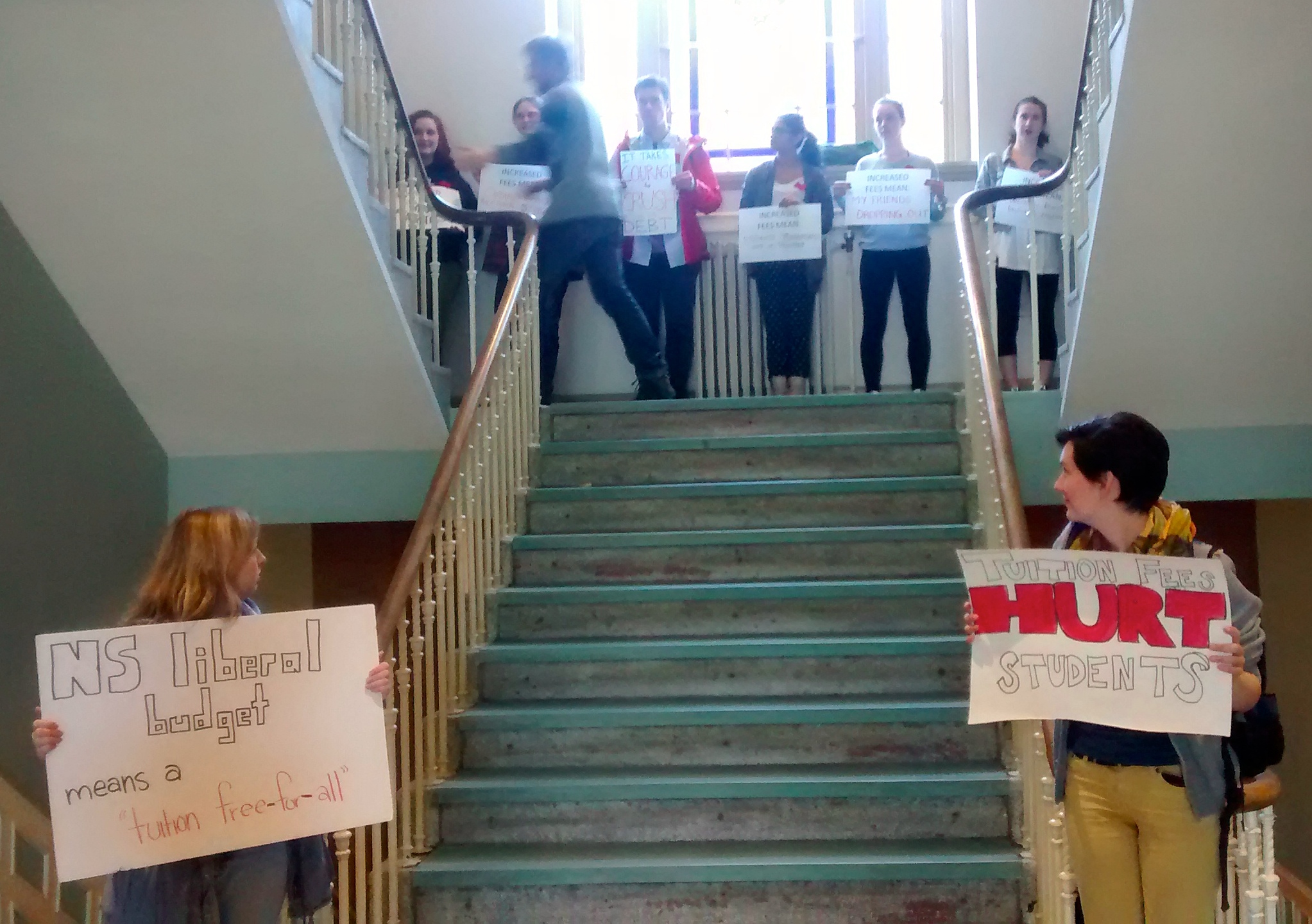 “Following a Board of Governors meeting at the University of King’s College, faculty and senior administrators have a wage freeze to look forward to for at least the upcoming year,” reports Moira Donovan.

Although mightily tempted, none of these Trinity Western University students are thinking impure thoughts.

The Nova Scotia Supreme Court has ordered the Nova Scotia Barristers’ Society to pay Trinity Western University $70,000 in legal fees incurred in the society’s failed attempt to deny accreditation to graduates of the university, which bans gay students. The court had ruled against the society in January, but the society is appealing the ruling.

A 25-year-old Ontario man was swept from the rocks at Peggys Cove yesterday. His body hasn’t been found, reports Metro:

Mark Quibell, a manager at the Sou’Wester gift shop, said after someone called 911, his team ran out with their buoys and ropes to help.

“There’s not much we can really do … the girl was standing out there with her dog and I said ‘do you see him?’ and she said, ‘I don’t see him anymore.’”

“He was standing down there on the rocks and the wave came and that was it. He was gone.”

Geist is a brilliant guy, and his surveillance of internet law does the country a great service. But he’s been snookered on this issue.

Discovering that finance bureaucrats oppose film tax credits is like discovering codfish oppose factory freezer trawlers. These credits cost far more than they produce in direct corporate income taxes, so they are natural targets for beancounters who spend their careers fighting off demands on the public purse.

What’s missing from the Ontario Finance Ministry’s analysis is any effort to quantify—or even analyze—the broader benefits of the film and television industry, and the impact the tax credit has on it.

Nova Scotia is a small province with a large debt on the cusp of a demographic disaster. We have a cadre of well educated young people, thanks to excellent universities that lure students from places like Ontario. Film and television production is one of the few ways we’ve found to retain some of our most interesting and creative young people as they enter the workforce.

It will be a tragedy if the blinkered advice of beancounters persuades us to toss the industry aside.

Crosswalk Safety Advisory Committee (10am, City Hall)—the committee will talk about the “Information Cafe” held at Dal last month, where people sat around with sticky notes and flip charts.

On this date in 1754, the first post office in what later would become Canada was established in Halifax:

In 1753 Benjamin Franklin was appointed deputy postmaster general for the British colonies. In 1755 Franklin organized the first regular monthly mail packet service between Falmouth, England, and New York and opened the first official post office in Canada in Halifax, Nova Scotia, to link Halifax with the Atlantic colonies and the packet service to England. A post office for local and outgoing mail had been started by Benjamin Leigh in Halifax in April 1754.

Lung cancer (4pm, Theatre C, Sir Charles Tupper Medical Building)—Montse Sanchez-Cespedes, from the Bellvitge Biomedical Research Institute in Barcelona, Spain, will present on “Dissection of the BRG1 and MYCIMAX Biological Connection and Its Use in Lung Cancer Therapeutics.”

Below is the latest map of the moon released April 13 by the U.S. Geological Survey. The equator runs through the center. This image is the result of over 6.5 billion measurements by the Lunar Orbiter Laser Altimeter, which calculates the changes in height of the moon’s surface features using precise laser technology.

The blue-grey is false coloring used as a scale to represent height in this topographical moon map. The tallest features on the map, indicated on the far left in dark grey, are located on the far side of the moon — the more heavily cratered lunar half.

Interestingly, the highest point on the moon was only discovered in 2010. Its altitude above the lunar surface is higher than Mt. Everest is above Earth’s surface.

You can get the maps here, but the files are so gigantic they may take several hours to download. 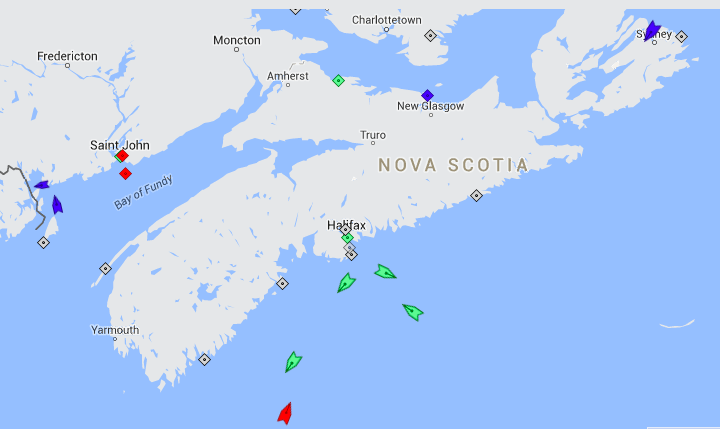