You are here: Home / Featured / How the Art Gallery of Nova Scotia participated in an attempted tax scam: Morning File, Wednesday, July 12, 2017 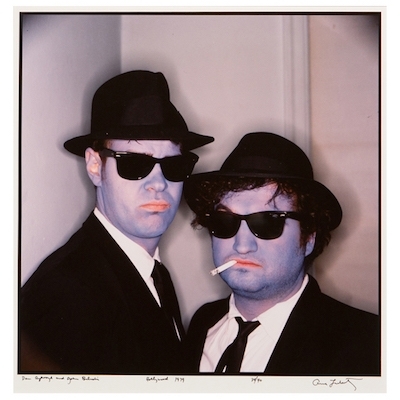 Annie Leibovitz’s Blues Brothers photo was supposed to one day be displayed at the Art Gallery of Nova Scotia. Looks like that won’t happen, tho.

In October 2015, I wrote the following about the Annie Leibovitz collection:

In 2013, it was announced that the Annie Leibovitz collection would be donated to the Art Gallery of Nova Scotia, but the photographs still haven’t been put on display, and there’s no hope that the collection will be displayed before 2017, reports the CBC’s Jennifer Henderson.

I’ve been chasing this story for a while, and no one will go on the record about it. But here’s my suspicion: The Mintz family, who are making the donation, want a tax write-off for it, but can’t secure one.

In July, acting on a tip, I sent this request for information to the Canadian Cultural Property Export Review Board, which rules on tax write-offs for artistic donations:

My questions are in regard to the Secretariat to the Canadian Cultural Property Export Review Board. It is my understanding that the Review Board reports to the Minister of Canadian Heritage, and in that respect makes recommendations for certifications for tax exemptions and value of art.

In particular, I’m interested in the Annie Leibovitz collection of photography, which is intended as a gift from Al and Faye Mintz of Toronto to the Art Gallery of Nova Scotia in Halifax. It is my understanding that the Cultural Property Export Review Board has made (possibly repeated) rulings on the tax exemption status of the collection.

Can you confirm the above? Also, may I please have a copy of the ruling(s)? And for context, can you direct me to a link or otherwise provide background information about the role of the Cultural Property Export Review Board in regard to assessing cultural benefit of art, in particular regard to how art should have a Canadian cultural element?

I received the following response:

The content of Board meetings and decisions that relate to taxpayer information cannot be made public. It is protected under the Income Tax Act, the Access to Information Act and the Privacy Act. As a result, the Review Board cannot discuss specific cases.

Well, OK. So I can’t know exactly what’s going on here, but as I see it, there are three conflicting interests at stake: the Mintz family’s understandable desire for a tax break, the money-troubled Leibovitz looking for some form of recompense, and the AGNS, which seems to have overreached to promote an American artist’s work donated by Toronto gazillionaires instead of focusing on the more mundane but more appropriate mission of building an interesting collection to a scale that is affordable and attainable in a Nova Scotian context.

In June 2015, then-AGNS director Ray Cronin was forced to resign, and last year Nancy Noble was hired to replace him.

Noble was previously the CEO of the Museum of Vancouver, where her most notable achievement was the acquisition of 18 sculptures supposedly created by Michelangelo. Turns out, however, the deal was a tax scam:

Initially, the donation looked like a win-win situation. The museum was the beneficiary of about $30 million worth of rare sculptures, and investor-donors received tax receipts for that amount.

Those receipts would have generated tax credits equal to the top marginal combined federal and provincial tax rate (currently 43.7 per cent). That means approximately $13 million flowed into the pockets of the investor-donors, courtesy of Canadian taxpayers.

But, alas, the sculptures weren’t made by Michelangelo after all, but by some minor Dutch artist no one cares much about, and so the museum sent them to auction:

That’s bad news for the museum. It means it will receive only a fraction of the amount it anticipated. But it’s worse news for Canadian taxpayers. It means they received little value for the approximately $13 million in tax credits they provided the investor-donors.

But no one bid on the sculptures, so the Museum of Vancouver made a private deal to sell nine of the sculptures to the Rijksmuseum in Amsterdam for $200,000. The other nine sculptures are “in storage,” perhaps sitting in a box propping open a washroom door in the Museum basement.

With that remarkable track record, Noble was apparently hired by the AGNS to make the Leibovitz deal work.

How’s that going? Not so great.

Burned once by the fake Michelangelo deal, the Canadian Cultural Property Export Review Board wasn’t about to stick its hand into the tax scam fire a second time. 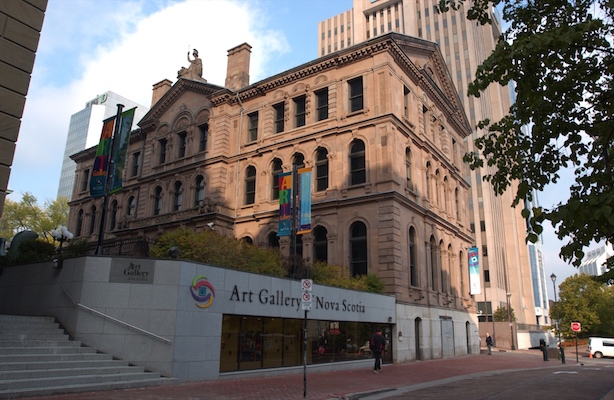 I knocked on a lot of doors to chase this story, unsuccessfully tried to contact Leibovitz and the Mintzes, filed a Freedom of Information request for documents related to the Leibovitz deal, paid a hefty $460 processing fee, and got back a two-inch thick stack of mostly redacted documents.

The CBC, however, discovered that the Mintz family had started, and then aborted, a lawsuit against the Canadian Cultural Property Export Review Board, and found a trove of court documents that sheds lights on the deal, reports  Richard Cuthbertson:

The Canadian Cultural Property Export Review Board’s repeated refusal to certify the bulk of the Leibovitz photos as “cultural property” has not only alienated her, but has also deprived her of nearly $2.5 million US, CBC News has learned.

But Mintz said Leibovitz has only been paid half the $4.75 million US purchase price and that their agreement dictates she will receive the second half only when the review board certifies the work.

While Leibovitz is currently out millions of dollars, she retains copyright over the collection, according to documents obtained by CBC News.

The Art Gallery of Nova Scotia won’t detail precisely what that means, but Nancy Noble, the gallery’s current CEO, said artists can generally dictate how their work is displayed and marketed.

The decisions by the review board, Noble said in an interview, “kind of distanced the artist from not just the Art Gallery of Nova Scotia but from Canada as a whole.”

“When a quasi-judicial governmental board says your work’s not nationally or culturally significant, obviously that’s going to have some impact,” she said in an interview.

I’ll leave it for others to judge the artistic merit of Leibovitz’s work, but when a gazillionaire Toronto family came knocking on an obscure (in the international sense) art gallery door in a remote and poor province offering to make a big donation in return for a tax receipt, alarm bells should have been ringing everywhere: Why weren’t big name galleries in the metropolis biting on that morsel?

The Canada Revenue Agency and the Canadian Cultural Property Export Review Board could see right through the scam. The AGNS, however, played the sucker.

• That just days before the donation was made, the Canada Revenue Agency noted it as a potential tax shelter, raising the prospect that a numbered company controlled by the Mintz family might end up turning a profit by giving the collection away.
• That a draft sales agreement indicated the numbered company would pay Leibovitz $4.75 million US for the prints, but that half the money was contingent on what valuation the work would be given by the Canadian Cultural Property Export Review Board.
• That the sale went through April 1, 2013, and the Mintz family donated the prints to the Art Gallery of Nova Scotia two days later.
• That following the donation, the gallery tried to have the prints certified by the review board at a fair market value of $20 million, based on three appraisals — more than four times the purchase price in the draft agreement.
• That had all the work been certified and the fair market value of $20 million been approved, it may have led to a tax refund/credit for the Mintz family up to double what they paid for the collection.
• That the board initially refused to certify any of the collection. After a second application, it only certified 762 unpublished “file prints” that documented the artist’s process, and valued them at $1.6 million. It rejected the bulk of the collection — 1,300 photos.

Notes taken by a senior adviser to the review board during its second deliberation on the collection suggest board members were concerned about several things, including whether the work was of “outstanding significance” to Canada.

The adviser also wrote: “Motivation here is to make a tax grab — motivation is key — this is tax package stuff — made for financial not artistic reasons — this is NOT the same as everything else.”

While the Leibovitz collection was donated to the AGNS, clearly the museum has spent much time and money planning to show it, with the idea that a new space would be created for it. Who knows how much has been spent? Hundreds of thousands of dollars already, no doubt; possibly more. And it now looks like the collection will never be exhibited.

Beyond money, however, is the reputational hit to the museum, and to Nova Scotia generally.

Back when it started five years ago, Switch founder and then-director of the Planning and Design Centre Ross Soward told me he hoped Switch could become a civic event for Halifax. That aspiration, for city-sponsored weekly Open Street Sundays, is now languishing underneath a bureaucracy whose over-the-top concerns for public safety seem completely detached from reality, and also firmly obstruct the path to better public health.

This article is behind the paywall. That’s how we pay Butler and support this site without annoying advertising. Click here to subscribe. 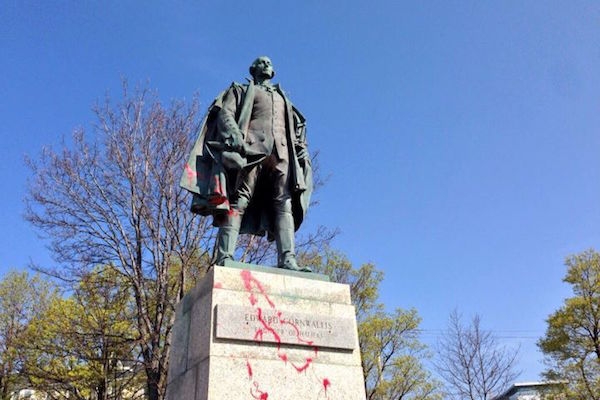 Come Join Us to Peacefully remove Cornwallis statue, a statue that for too long has been representing genocide in Mikmaki. We are calling on our Warriors, Protectors, Allies, Friends and Lovers to join us in this historic event.

The event time is Saturday noon-3pm.

I haven’t spoken with the event organizers, but clearly their aim is political. I mean, if you only wanted to remove the statue all you’d need is a pickup truck, 30 feet of chain, and 15 minutes in the dead of night to pull the thing down. Announcing publicly that you’re going to remove the statue is intended, I think, to draw broad attention to the effort, perhaps with the aim of getting arrested in an act of civil disobedience.

But Mayor Mike Savage yesterday issued a statement urging respect for law and so forth. 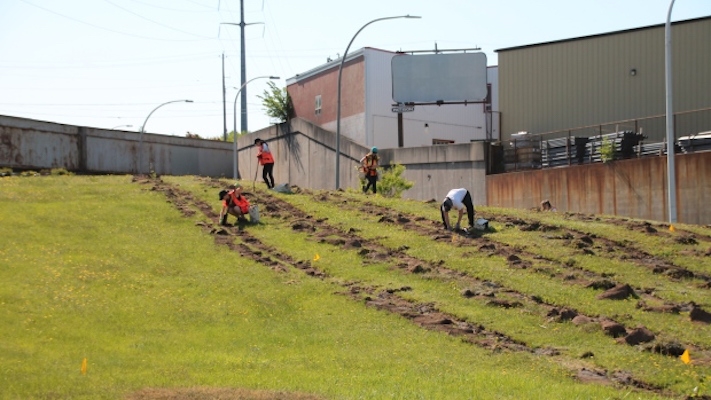 Grad students and volunteers are transforming a patch of grass at the Windsor Street Exchange into an Acadian forest. Photo: James Steenberg/Dalhousie University

“A patch of underutilized green space between busy roads in Halifax is set to become the newest addition to the city’s urban forest,” reports Moira Donovan for the CBC:

The area around the Windsor Street Exchange, near the MacKay Bridge, is mostly grass and is maintained by the Halifax Regional Municipality.

But researchers at Dalhousie have a plan to turn that area into a stretch of urban Acadian forest. They’ve planted more than 3,000 seedlings at the site, including white, red and black spruce, larch, red maple and yellow birch. 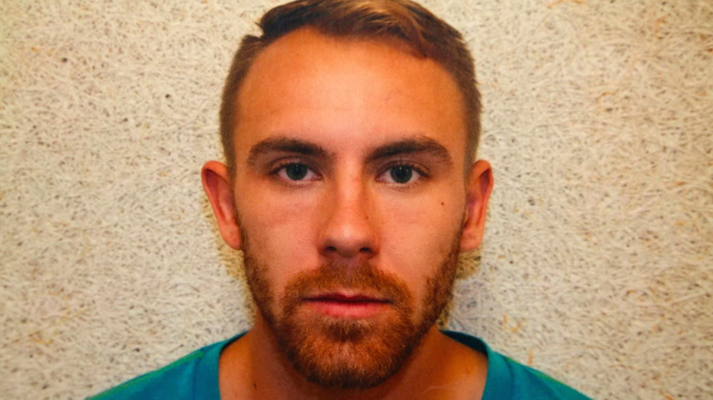 As expected, yesterday William Sandeson was sentenced to life in prison with no chance of parole for 25 years, as is standard with first degree murder convictions.

Week 6 out of 17-20… PLEASE help us survive and come in for tea, sales down 50% and we are already struggling to stay open. Help. pic.twitter.com/FzaIDmGyOA

I’ve stopped by the Tea House a few times. It’s a nice space, and the staff is friendly. But it relies on foot traffic, which is nowhere to be found nowadays.

No public meetings this month. 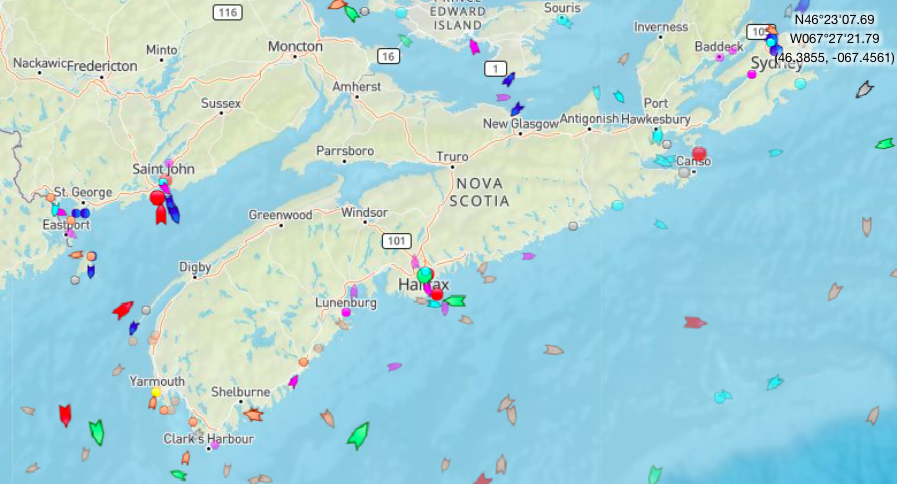