You are here: Home / Featured / How stigma around COVID-19 might hurt vulnerable populations 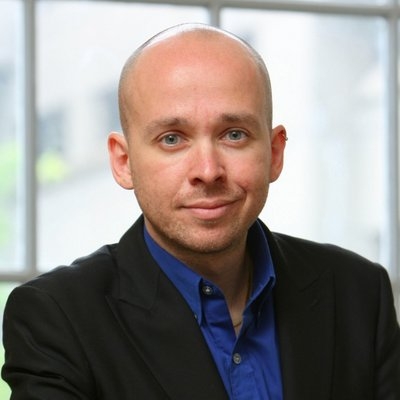 The day after US President Donald Trump called COVID-19 the ‘Chinese virus,’ a Halifax academic says the tendency towards such stigmatization during a pandemic is destructive and we must do better.

“If you think about it historically, that’s often how viruses and diseases that become global are often labelled. They’re given this national or racial underlying tension to it and then it goes from there,” explained Dalhousie University international development professor Robert Huish.

“The intention behind that is to blame a population for the inconvenience…This occurred with Spanish flu. Same thing, blaming Spain for it even though a lot of the medical history on that shows that it likely emerged in the United States originally.”

Huish said the backlash against people from Asia when the novel coronavirus first reared its head into our collective consciousness in December was for him both disheartening and unsurprising.

Cholera, tuberculosis, and other historical outbreaks over the past 200 or so years all had underlying tones of what Huish calls “racial tendencies.”

“Unfortunately here we are in 2020 and we’re seeing very much a lot of this repeated behaviour both in terms of how we’re labelling the disease and how we’re reacting to it,” he said.

“This is going to be really important in terms of how public health agencies and governments start dealing with the whole narrative about COVID-19.”

Huish said it’s important to use language emphasizing that measures being implemented require a collective effort.

“The more that nations say that we’re all in this together, almost like a war measures effort, that we’re all going to sacrifice a little for the better good, that’s the sort of language that we need to hear,” he said.

In addition to his work at Dalhousie, Huish is a visiting fellow at the Centre for Global Studies at the University of Victoria and is currently in New Jersey working on a research project. He said he’s deeply concerned and already thinking ahead to what happens to our more vulnerable populations once the worst of the pandemic is over.

He said quarantine measures will result in secondary health consequences that will play out along primarily along socioeconomic lines.

“You could see the spread of other contagious colds and flus of people who are in isolation together,” he said. “But you’ll see the big issues hitting lower income homes. Diet and exercise could be an issue.”

“Those who have means are going to say ‘Well that wasn’t so bad. I stayed at home and I had a full pantry and my high speed internet worked and I enjoyed binge watching whatever series it was on Netflix. Maybe I finished Outlander,’” Huish said.

“But for a rural area that is already struggling with municipal services and access to affordable, healthy food, that is going to have secondary consequences as well.”

Huish said there’s a stark contrast between people who’ll experience very little discomfort and those who’ll wake up every morning stressed and overwhelmed with concerns about food, shelter, and other basic necessities.

“This is going to be a massive economic shock to many countries, and people will experience the outcomes of that very, very differently.”

Huish is certain Nova Scotians will experience unknown secondary health impacts and said preparation is key. He believes one of the best ways we can tackle those future challenges is by looking to countries like Cuba, New Zealand, and Scandinavian countries like Iceland and Finland.

“They’re all approaching this from a point of view of wellbeing and health rather than just buckling up the illness,” Huish said.

“Our policy measures against the virus (in Canada), they’re not really focusing on the health of people and that’s I think very much exposing how our public health infrastructure is very much under-equipped to deal with health. But yet it’s pretty good at dealing with illness.”

Huish believes if governments are going to implement “ancient” public health measures like curfews and quarantines, they also need to be prepared to take on those secondary health consequences that will result.

“This is the most advanced, widespread, frontline global health emergency we’ve ever had. You think about the amount of knowledge, money, and technology that we can put towards global health,” he said.

“And we’re still using these ancient methods as frontline. What that means is that we are going to have these problems of stigma, hoarding, and resource iniquities.”