Environment Canada is saying just 12 centimetres fell at the airport, but up to 35 centimetres fell in downtown Halifax and Dartmouth. It might’ve just been the way the snow was drifting and collecting between snowbanks, but it sure seemed to me I shovelled more like 40 or 50 centimetres. 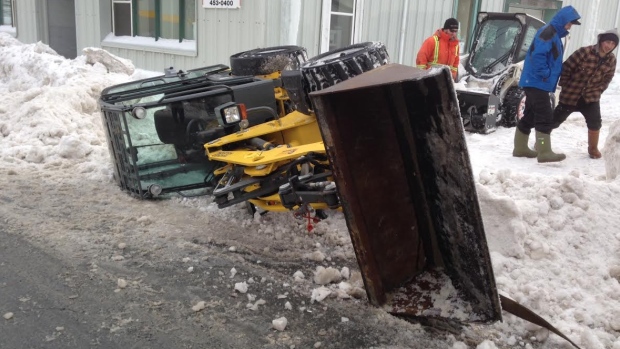 The CBC published the photo above taken by Jerry West, showing a bobcat that was no match for a snowbank. “Snow banks are fairly high and they’re difficult to move because they’re really not snow banks anymore, they’re ice banks,” Darren Natolino, the city’s winter works manager, told the ceeb.

For the “it’ll be spring soon” crowd, I’ll simply note that snowstorms have come often to Halifax in May, including a whopping 20-centimetre storm on May 9, 1971.

Ryan Millet, the 13th member of the Class of DDS 2015 Gentlemen Facebook group, and the one whose actions ultimately caused existence of the group to become public knowledge, has agreed to a remediation process put forward by Dalhousie University. Millet therefore follows the other 12 group members through a process that will allow them to continue their academic careers.

Millet had rejected the restorative justice process offered by the university, saying his actions do not constitute wrong-doing. It’s unclear exactly what Millet is now agreeing to, but it has the feel of reluctant surrender — the personal and professional price is simply too high for Millet to continue battling the university.

Last week, the People for a Clean Ocean Facebook Page published the video above, showing ground up salmon killed in the “superchill” at the Cooke Aquaculture fish farm at McNutts Island being spewed into the neighbouring ocean. 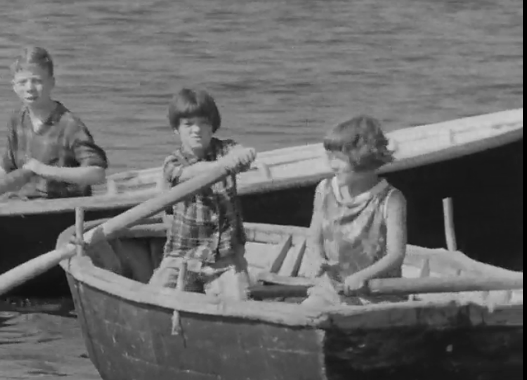 Rural communities can be saved through attention to history, art, and design, says Zita Cobb, who recounts growing up on the island, the subsequent near-abandonment of the community, and its recent renaissance.

This article is behind the Examiner’s pay wall, and so therefore only available to paid subscribers. To purchase a subscription, click here.

Hundreds of people gathered in Halifax Tuesday to protest bill C-51, the Conservative’s legislation that will give unprecedented police powers to the Canadian Security Intelligence Service.

After the event, reader Judy Haivan copied me on an email she had sent to Mayor Mike Savage:

Today over 200 residents of Halifax gathered, as did thousands across the country, to oppose Bill C-51. The demonstration in Halifax took place in Victoria Park.

Organisers received a permit from the city, that they had to pay for, and were assured there would be access to  electricity (for microphone and sound system/speakers), and that the cobblestoned part of the park would be cleared of ice — like the Grande Parade is.

Neither was true. There was no electricity available, so there was no microphone for speakers such as Megan Leslie MP, who could barely be heard by the the hundreds assembled, due to the traffic. Worse, the site was covered with four inches of ice, almost as smooth as any skating rink. No grit had been laid down; someone in the crowd came with his own bag of sand.  My son Omri had to improvise a battery-operated sound system. Omri said the city was disrespectful to older people. Anyone could have fallen and hurt themself seriously on the ice. There was no safe place to stand or sit as the benches were almost inaccessible.

I would like to know what the city plans to do about this? I think an apology is in order.

Honestly, when citizens are willing to stand up for the rights of people in their community, and stand against Bill C-51 in order to preserve rights for future generations, the least this city can do is to live up to its promise to clear the cobblestoned part of the park — often the site of legal protests — and to ensure there is electricity available for a sound system.

That legislation, quite reasonably, set out to rationalize health-care delivery, reducing the number of regional health boards from 10 to two and the number of individual union contracts from 50 to four. The government — again, not unreasonably — wanted to negotiate with one bargaining team for each of the four contracts.

The problem was that, historically, different unions had organized different sets of workers within the various jurisdictions. So last August, the unions proposed a simple solution: create bargaining councils of unions for each group of workers, with one union leading negotiations on behalf of the others.

But the problem, from the government’s broader perspective, was that the NSGEU would not be destroyed. It would keep its members. So the government said no.

Which led, inevitably, to draconian legislation transferring workers into unions of the government’s choosing, lawsuits, mediation, arbitration, a fired arbitrator (again and again), threats and bluffs, the intervention of the premier and — six months later than necessary — Friday’s capitulation.

For myself, I feel like the entire Dentistry scandal was a really bad Mamet play. (Is that redundant?)

…I feel that the best way to honour our flag is with a national holiday. Such a day could help promote more positive attitudes and pride toward our flag.

I’d suggest celebrating the national holiday in May. Surely, the time has come to rid ourselves of that archaic Victoria Day. Why do we still have a special day for a former Queen who was born 197 years ago and who has been dead for 114 years? During her reign, the derogatory term “British subjects” defined our nationality and it wasn’t until 1947 that we legally became Canadian citizens.

What we now need in Canada is much more “true patriot love”!

On yesterday’s date (March 15) in 1894, Nova Scotians voted more than two to one in favour of prohibition.

Synopsis: After a stint in a mental institution, former teacher Pat Solitano moves back in with his parents and tries to reconcile with his ex-wife. Things get more challenging when Pat meets Tiffany, a mysterious girl with challenges of her own.

Shipwrecks (7:30pm, Helen Creighton Room, Alderney Gate Public Library)—”During mapping of Halifax Harbour and approaches by the Geological Survey of Canada at BIO, numerous shipwrecks were discovered. Only a few were previously known and the discoveries opened a new chapter in the history of the Harbour. With assistance from the Maritime Museum and local divers, Gordon Fader was able to piece together the stories of their demise. Additionally, knowledge of the seabed using modern high resolution mapping technology has revealed detailed characteristics of the vessels and what has happened to them since their sinking. The stories of the shipwrecks will be elaborated against a background of the seabed of the Harbour.”

Green Mining: An Oxymoron or an Opportunity (7:30pm, Room B227, Sexton Campus)—Janice Zinck, the Manager of Mine Waste Management and Footprint Reduction at Natural Resources Canada, will speak. Her abstract: 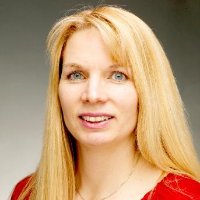 Canada is one of the largest mining nations in the world, producing more than 60 minerals and metals. The industry contributes significantly to Canada’s economy, adding 50 billion dollars annually to the GDP. Canadian mining companies recognize that license to operate comes with responsibility for social and environmental stewardship in Canada and abroad. While there has been significant progress in this area, recent innovation opens the door to increased performance. There are proven technologies to advance the environmental performance at various stages of development and implementation, while providing an economic advantage. Green mining is the development and application of technologies and processes that maximize environmental performance while maintaining competiveness throughout the entire mining cycle, from exploration through to post closure. This presentation will discuss advances in green mining and showcase opportunities for greening the industry with a focus on resource extraction, processing, decommissioning and closure.

Sean Holman, who is a documentary filmmaker, teaches journalism at Mount Royal University, and is a founding editor of the online investigative political news service Public Eye, writes an open letter to government communications workers:

I am working on a story about how the job you’re doing is helping to kill Canada’s democracy.

I know that your role, as a so-called communications professional, is to put the best spin on what the government is or isn’t doing.

That means you often don’t respond the questions I ask, you help elected officials do the same thing and you won’t let me talk to those who actually have the answers.

While this may work out very well for you, it doesn’t work out so well for my audience who, by the way, are taxpayers, voters and citizens.

And if the public doesn’t know what their government is actually doing, it can continue doing things the public wouldn’t want it to do.

I did that job before myself before I became a journalist, working as a communications officer for the British Columbia government.

So I don’t think you’re a bad person.

But you should know a few things about me.

My job isn’t to help you put the best spin on what the government is or isn’t doing.

My job is to tell the truth.

And, because that’s my job, you should know a few other things about how I’m going to report this story.

First, if you don’t respond to my questions, I’m going to let my audience know that.

Second, if you respond to my questions with non-answers, I’m going to let my audience know that too.

Third, I’m not going to put those non-answers in my story for the sake of false balance.

You have a big advertising budget for that.

Instead, it’s an opportunity to explain to the public why the government is or isn’t doing that thing I asked you about.

And, finally, if you refuse, ignore or interfere with my requests to interview public officials, my audience will also find out about that.

This may sound like hardball at best and blackmail at worst. But it’s actually the last and only defense I have against you and your colleagues.

Public relations professionals outnumber journalists more than four to one in this country – and for good reason.

It pays to promote and protect the powerful but it doesn’t pay to hold them to account.

My hope is that more journalists will also start routinely telling their audiences about the strategies and tactics you use to frustrate the public’s right to know.

If that happens then the public might start caring about the damage that’s doing to our democracy.

And, maybe, just maybe you might start rethinking what you are doing.

After all, there was a time when journalists could actually talk to public officials without having someone like you always watching over their shoulder and telling them exactly what to say.

I know it’s a long shot.

But it’s the only shot I can take against the tyranny of your talking points. 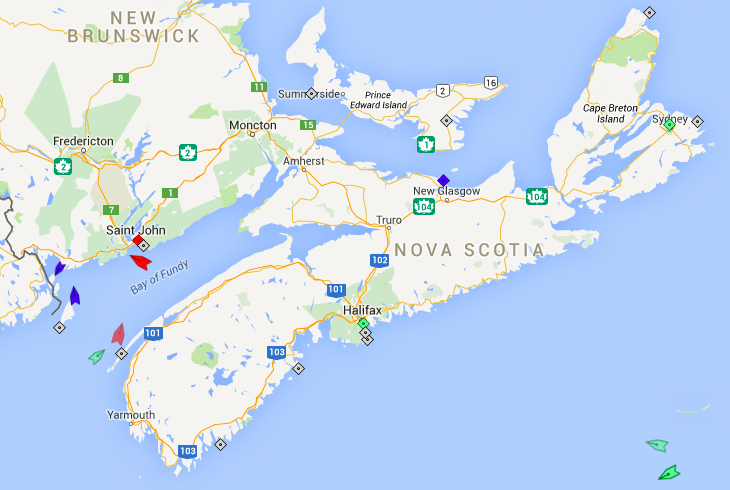 The seas off Nova Scotia, 8am Monday. Map: marinetraffic.com