You are here: Home / Featured / How and why did Public Health change its mind about Murphy’s Fish & Chips? 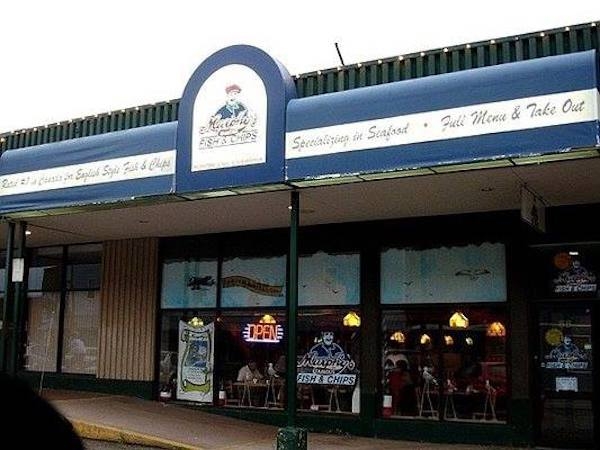 Over the past week, Public Health has announced six people in Nova Scotia have tested positive for COVID-19 — five in the Northern Zone, one in the Central Zone; one person is in hospital.

The Northern zone includes Cumberland, Colchester (including the town of Truro), and Pictou counties and has seen few cases since May. The Central Zone includes the Halifax area, the Eastern Shore and West Hants.

Public Health has been very tight-lipped when asked for details, underscoring the tension between the public’s right-to-know and confidential contact tracing investigations.

The Examiner asked Marla MacInnis, a spokesperson at Public Health, to verify the information and we received this reply from MacInnis on Monday August 17: “When a new case of COVID-19 is confirmed, public health works to identify and test people who may have come in close contact with that person. That work was completed without the need to issue a public exposure notification and we will not be providing any further details [emphasis added].”

Gerard Anderson is the manager and a co-owner of Murphy’s, a popular and well-established family business that includes take-out as well as dine-in. Reached by phone late Monday afternoon, he confirmed he had been contacted by Public Health last Friday — five days after the customer(s) with COVID-19 had visited the restaurant.

“All they told me is that it was a low, low risk,” said Anderson when asked about the potential for exposure. “I asked if staff should go get tested and they said unless we developed symptoms, it wasn’t necessary. They said it was under investigation and they would phone me back but I didn’t get another call.”

Anderson said so far, no employee has developed symptoms and his staff have been told to call 811 and ask for a test should anything develop over the 14-day period since the 9th. Anderson said one of his employees was “scared as hell” and he expected she will quit.

Public Health provided Anderson with zero information that might identify the customer or customers who tested positive, as the rules around confidentiality dictate. But Anderson was understandably upset. He said not only are his servers wearing masks and following Public Health protocols, there are signs on both front doors alerting customers not to enter if they have travelled outside the Atlantic Region without self-isolating for 14 days.

“These people came in and they should have known better,” said Anderson with a trace of bitterness. “But once you announce my name, the public are going to blame me. They are going to say, well, he wasn’t doing his job.”

A public exposure notification would have named the restaurant and the date of the potential exposure, but apparently that wasn’t necessary when we contacted Public Health on Monday.

The Halifax Examiner considered publishing the information we had about a potential exposure at Murphy’s anyway, but in the balance we decided that if Public Health decided there was no need for an advisory, then naming the restaurant would only service to adversely and unfairly affect its reputation.

Now, three days later, on Thursday, Public Health has reversed course and issued an advisory about potential COVID-19 exposure at Murphy’s on August 9 from 5-7pm, and at the 102 (Colchester) Wing Royal Canadian Air Force Association, 22 Cottage Street, Truro, on August 15 from 4-6:30pm.

This puts the Examiner in a terrible position. We trusted Public Health was making the correct decision about not alerting the public about potential COVID-19 exposure at Murphy’s, and so we decided not to publish that information. Now, it turns out that by not publishing that information, the public was needlessly uninformed for three days — three days in which people might have been unwittingly further spreading the disease in the community. Our trust in Public Health, and therefore our caution, may result in people getting sick, even dying.

We’ve asked Public Health how and why we should continue to trust their pronouncements in the future. When we get a response, we’ll publish it.

Update: In response to our questions, MacInnis issued the following statement:

The decision to issue public health alerts is a decision made by Public Health based on science, best practices and experience with COVID-19.

Details about locations and circumstances of identified cases are only provided publicly if it improves contact identification. As investigations unfold and new information comes to light, our approach may change, too. Changes are to be expected in a pandemic environment. In this case, new information came forward and Public Health decided it was necessary to issue an exposure notification.

Nova Scotians put their trust in the public health team because they have the expertise to lead us through it.

But consider that business owners and other organizations are seemingly taking the threat of COVID exposure more seriously than does Public Health.

Last week, the Route 19 Brewing Tap and Grill in Inverness closed its doors because a staffer overheard a customer saying she had just arrived from outside the Atlantic bubble and did not self-isolate. Even though Public Health said there was no need to close, “we’re dealing with someone who didn’t self-isolate properly,” Stefan Gagliardi, the company’s “chief beer officer” told the CBC. “We don’t know that we are dealing with an individual who has contracted the virus.”

And yesterday, it was reported that 15 members of the Scotsburn Volunteer Fire Department are self-isolating because one of the members works with someone who tested positive. That firefighter hasn’t yet tested positive himself, but “we’re doing all that we can do to stay safe,” Fire Chief Tim VanVeen told CTV.