You are here: Home / Featured / How a dreadful poet and failed colonialist gave us “Nova Scotia” 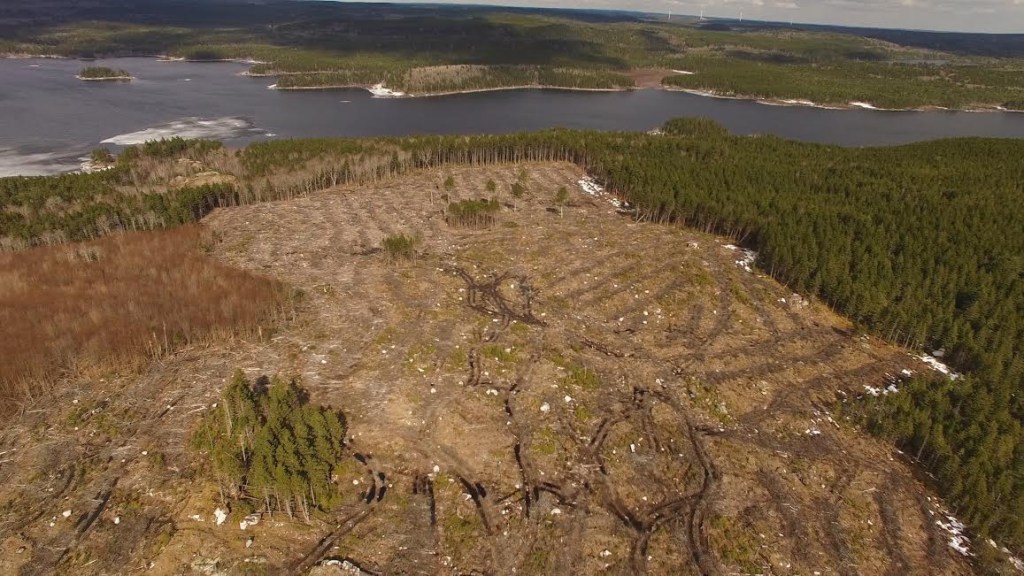 A clearcut adjacent to the Old Annapolis Nature Reserve. The forest to the right of the clearcut is now being proposed as a second clearcut, which would create a total clearcut area of roughly 150 acres. The Mersey Tobeatic Research Institute has also determined that the forest that is closest to the lake in the photo contains old growth forest. Photo courtesy Mike Lancaster.

We’ve also fallen for the trap and allowed the government (and in this case the forest industry) to control how “protesting” is carried out.

We dutifully send in comments when clearcuts are announced on the Harvest Plan Map Viewer — incidentally a form of public consultation that has achieved little if any change in how forests are cut, but it certainly funnels where the public’s time and energy on this issue goes. We attend the public consultations at our own expense and we buy the empty promises of change that will happen sometime in the future — that is, once the impact to the corporate sector is taken into consideration first.

It’s a shrivelled carrot that forever dangles before us.

Remember, citizens of this province have been protesting industrial forest practices for at least 50 years and it’s been a Sisyphean task. Meanwhile those making the massive profits decimating the province’s natural wealth — a bounty that could conceivably last indefinitely into the future if treated with some restraint — are pulling all the strings. We have allowed the government to cling to the status quo, remain derelict in its duties, and ignore its obligations to other species under law.

We have not only become their pets; we have allowed our fury to be redirected too many times.

Click here to read “Turning protesters into pets: How Nova Scotia’s forestry regulators are already undermining the Lahey Report, and what we can do about it.” 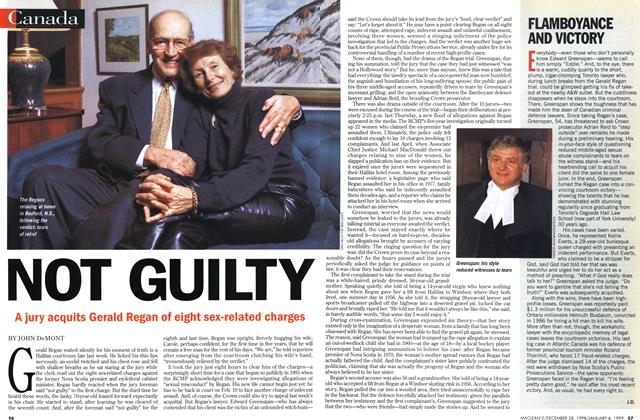 “Twenty years ago tomorrow (December 18, 1998), we had our own not/almost/actually-yes Nova Scotia #MeToo moment in the case of the Queen versus Gerald Augustine Regan,” writes Stephen Kimber:

I spent close to five years covering that case while researching a nonfiction book about the avalanche of remarkably similar sexual assault allegations made by close to three dozen girls and women concerning incidents that had happened to them over the course of 40 years before, during, and after the eight years Gerald Regan spent as Nova Scotia’s 19th premier from 1970-78.

Ultimately, what is important about the case of Gerald Regan — and what remains important to this day — is that it marked a psychological turning point. We knew Gerald Regan had been found not guilty of rape and attempted rape in a court of law, but we also knew we didn’t have to accept that as the final word, that we could choose to believe the women, we could choose common sense. And it was those women, standing up for other women, saying #MeToo, who made that possible.

Click here to read “Gerald Regan and the legacy of our #MeToo moment.”

3. What Black kids think about cops 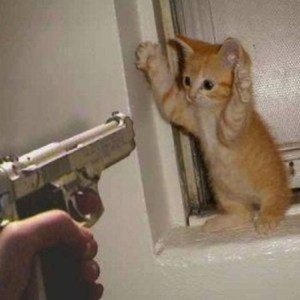 “With all the news about police violence and racism, it’s not an easy time for Black parents,” writes El Jones. “Parents want their children to be able to trust the police and go to them if they are lost or in trouble, but are also painfully aware that Black children need to be aware of how dangerous the police can be to them.”

So Jones asked parents of Black children what they thought about police.

Click here to read “What Black kids think about cops.” 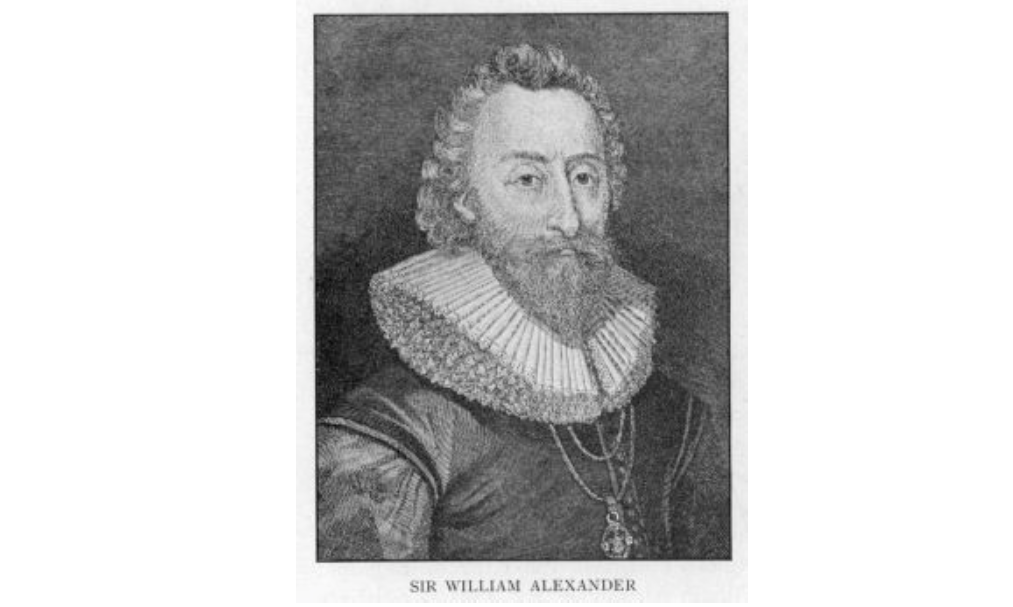 The city this morning issued a tender offer for the restoration of the Sir William Alexander monument in Victoria Park.

Sir William, the Dictionary of Canadian Biography tells us, is “remembered in the land of his birth as a scholar, poet, courtier, and the favourite of James I and Charles I of England in their dealings with Scotland; and on this side of the Atlantic as the putative founder of a new Scotland under the aegis of both monarchs; b. c. 1577; d. 1640. Though his colonizing interest is the chief concern of cisatlantic readers, it cannot be understood without reference to his poetical works, which brought him first to royal notice and subsequently to royal favour and collaboration.”

William Alexander earned his fame through a series of plays called the Monarchick Tragedies, which were not intended to be performed but rather read as poems. The first of the tragedies, The Tragedie of Darius, is a morality tale about the emperor Darius becoming cocksure of himself and therefore losing his empire to Alexander the Great, who demonstrates his moral purity by not raping Darius’s wife and daughters. Writes Sebastiaan Verweij in Premodern Scotland: Literature and Governance 1420-1587:

This is the backstory as set out by Alexander in his ‘Argument,’ but the play text itself covers a much shorter period, commencing just before Darius’ family is captured. There is very little action indeed, and the majority of the play consists of dialogue, reflective monologues, and commentary from the chorus. Alexander’s style has rankled with modern critics…

The Dictionary goes on to chronicle Sir William’s rise to fame and royal patronage, and how he became a colonialist:

It was, therefore, as a well-known literary figure, having close associations with both England and Scotland, that he was appointed in 1614 master of requests for Scotland — whose chief duty was to ward off needy Scots from the English court — and, in 1615, a member of the Scottish Privy Council, the highest advisory authority on Scottish affairs. It was in these two positions that he was most intimately associated with King James and, having won his complete confidence, was enabled to obtain his ardent support for his colonial adventures.

During his residence at court, though as a poet Sir William still maintained the futility of human ambition, nonetheless he mingled with those who were promoting the expansion of England overseas, became aware of Scotland’s lack of any part in it, and, as a patriotic Scot, began to dream of making a name for himself by diverting the constant stream of Scottish manhood from the continental wars into a colony that should bear the name of Scotland.

… Alexander persuaded King James that the only way to get Scots to emigrate was to give them a new Scotland comparable to New France and New England; and the king conveyed the royal wish to the Council of New England and obtained from the latter the surrender of all their territory north of the Sainte-Croix. Thereupon the king immediately instructed the Scottish Privy Council to prepare a grant of this territory for Sir William Alexander. The grant was signed on 10 Sept. 1621 (o.s.), making Sir William, on paper at least, lord proprietor of what are now known as the three Atlantic Provinces and the Gaspé peninsula — to be called for all time New Scotland or Nova Scotia.

The colonial enterprise did not go well. “This is perhaps not a matter of surprise when one considers his previous lack of experience with practical affairs, the difficulty of combining the roles of a dreamer and a man of action, and the magnitude of the task which he had undertaken single-handed,” explains the Dictionary. There was an aborted attempt to found a colony, which Sir William tried to spin to his advantage:

The net gain of Sir William’s first venture, at an alleged cost of £6,000, was a rather vague but flowery description of New Scotland, which he embodied in his pamphlet An encouragement to colonies, published in 1624 and accompanied by a map on which he sprinkled a number of Scottish names. Thus the Sainte-Croix becomes the Tweed; the Saint John, the Clyde; and the whole is divided into two provinces Alexandria and Caledonia.

In this pamphlet he traces colonization from Abraham through the Greeks and Romans to the Spanish, French, and British, recounts the experience of his first venture, paints a glowing picture of its advantages to gentry and commoner, merchant and missionary, and concludes with an appeal to the king to further the project by making it appear a work of his own and thereby encouraging public “helps, such as hath beene had in other parts, for the like cause” – an obvious reference to the help given by the king to the plantation of Ulster, by the creation of knight-baronets, which brought £225,000 to the royal exchequer.

There’s a complex history that follows, but the gist of it is that Nova Scotia was handed over to the French by the Treaty of Susa, and the dream of a Scottish colony would be delayed: “although two centuries were to elapse before unassisted Scottish emigration made New Scotland a reality, it cannot be regarded as a complete failure so long as the name Nova Scotia survives,” concludes the Dictionary entry.

There’s not a word about Sir William’s thoughts on the original inhabitants of his prospective colony. 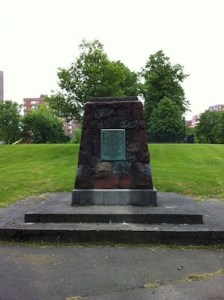 As for the monument, the plaque tell us that the stones of the monument come from Menstrie Castle in Scotland, which was William’s “ancestral home.”

A police release from Friday:

At approximately 2:45 p.m. police responded to a report of a pedestrian/motor vehicle collision in the 2200 block of Gottingen Street in Halifax. A truck struck a man who succumbed to his injuries at the scene.

The man was Willard, a fixture in the neighbourhood. I don’t know Willard’s last name, but his loss is felt by many.

Executive Standing Committee (Monday, 10am, City Hall) — the Executive Committee is taking up a recommendation from the Accessibility Committee to provide better city services for people who are deaf and hard of hearing:

1. The development and implementation of a municipal wide policy providing HRM residents of all ages with appropriate support services (sign language interpreters, notetakers, and / or CART) when accessing any HRM recreational programs including day camps.

2. The use of professional sign language interpretation of televised HRM City Hall meetings where interpreters will be shown in split screen as opposed to PIP (“picture in picture”).

Police Commission (Monday, 12:30pm, City Hall) — the police union wrote a letter to the commission expressing the union’s “bewilderment” that Chief Blais is conducting an “unexpected and sudden additional Inspector promotional routine” just before he retires, arguing that in doing so appropriately constrains whoever replaces Blais. Commission Chair Steve Craig responded, essentially telling the union to take a hike.

Perhaps relatedly, the commission will go into closed session to talk about Blais’s “Secondary Employment Request.” I guess he isn’t retiring after all, just moving on to a better job.

The holiday season is weird for news. We’re working on a few things, but it depends if people in government offices will get back to us.