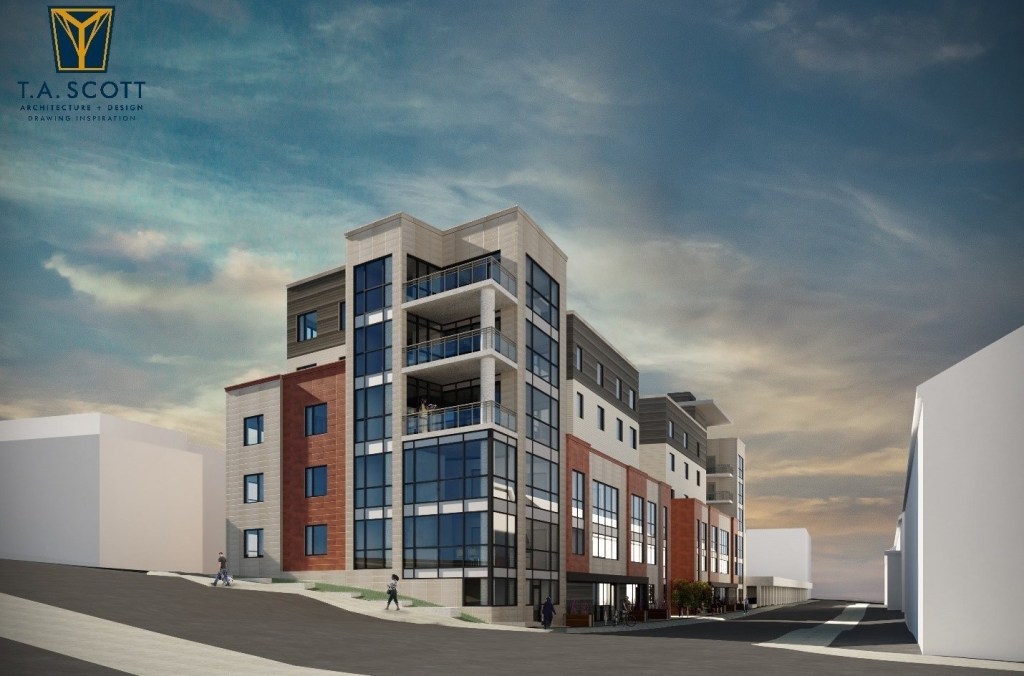 A housing co-operative plans to build 57 units of affordable housing in two six-storey buildings in North End Halifax using $4.5 million from the provincial and federal governments.

Compass Nova Scotia Co-operative Homes Ltd. describes itself as a “non-profit sector-led co-operative whose mission is to intentionally sustain, grow and build inclusive housing communities by drawing on the values of sustainability, inclusion and collaboration.”

Since 2019, six housing co-operatives have amalgamated into Compass. It has 76 units in Dartmouth, Spryfield, Sackville, Antigonish, and Cape Breton. Now it’s looking to build its first project.

The co-operative plans to start construction on two six-storey buildings at the corner of Maitland Street and Portland Place in 2022. The site is currently a parking lot.

The federal funding was announced on Thursday — $1.5 million from the National Housing Strategy Federal Lands Initiative. Under that program, the federal government identifies properties it owns that are suitable for affordable housing development and offers them for sale in a competitive process. According to ViewPoint Realty, the two lots comprising the site sold for $1.7 million in February.

In a news release, Compass said the 57 units spread across two buildings would include one-, two- and three-bedroom units, and the proposal will conform to the city’s Centre Plan. The site is zoned Centre 1, with the city’s maximum height limit of 90 metres and a large allowable floor area.

“The progress to date could not have been possible without the support from various partners, including all levels of government,” Compass Jaclyn Johnston said in the news release. “We also look forward to collaborating with the North End community to ensure that their voices are heard and their needs are being met.”

It’s unclear exactly how affordable the units will be, but Karen Brodeur, a Compass board member and regional manager of the Co-operative Housing Federation of Canada, said, “Co-operative housing has a solid track record over five decades of providing safe, secure, affordable housing in member-owned communities.”