You are here: Home / Featured / Holly Bartlett’s family is angry with Halifax police 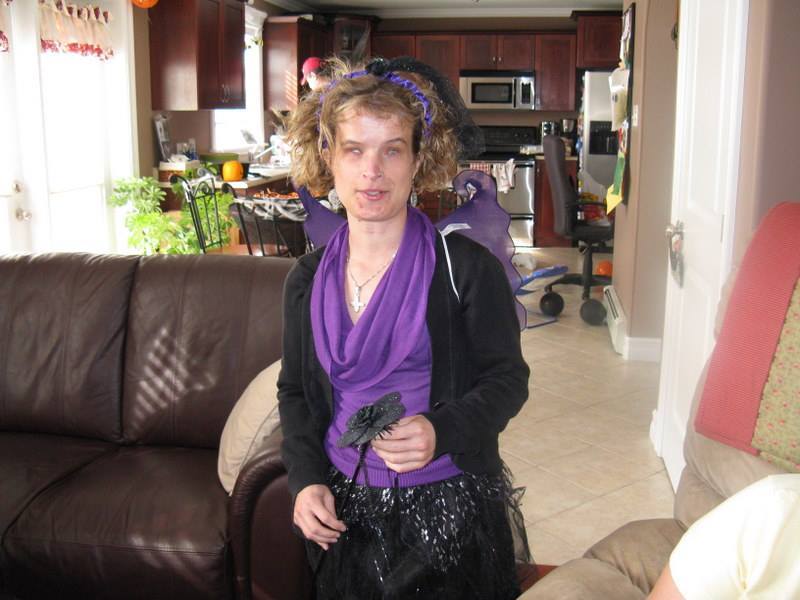 Marion Bartlett’s daughter Holly Bartlett was the 31-year-old woman who was discovered badly injured under the MacKay Bridge on March 27, 2010. She died the next day.

Holly was a spirited, smart woman working for the province as she finished a degree program at Dalhousie. She was also blind, but had incredible “orientation and mobility” (O&M) skills—the ability to travel around without assistance. So it was hard to understand how she ended up under the MacKay Bridge that day.

But on the evening that Holly was found, police investigator Mark McKinley typed out his theory: Holly was incredibly drunk and disoriented, “somehow” made her way through a fence and climbed up a huge cement anchor to the giant cables holding up the bridge, and then tumbled off the end of it.

Over the next few days and weeks more evidence would emerge, but McKinley and other investigators kept to that theory, shoe-horning every new revelation into their theory. They initially thought Holly went through the fence at a hole near a footpath. The next day her cane was discovered 30 feet away from that hole, so they changed her suspected path to account for that. Some of her property was discovered in her driveway, so they said she must’ve tripped over a curb and hit her head there. A cab driver admitted to stealing from Holly, but that was just a bit of extra info that didn’t change their view. People who work with the blind talked about her incredible O&M skills and said it was unlikely Holly would make the multiple mistakes needed for her to travel from her apartment to under the bridge; those experts were ignored.

Holly’s death was ruled an accident, the file closed.

I wrote about the strange circumstances around Holly’s death when I worked at The Coast. As a result of that article, the Quebec City police department was asked to conduct an “operational review” of the Halifax police department’s investigation. The Quebec City police did not re-open or reinvestigate the case; rather, they simply looked at how Halifax investigators conducted themselves.

That review concluded that “Ms Holly Bartlett’s death is without a doubt heartbreaking. However, based on the evidence presented to the reviewers, it is accidental. No evidence presented to us can allow the reviewers to conclude that her death resulted from a criminal act.” [emphasis added] That statement has repeatedly been cited—most recently yesterday, by Halifax Police Chief Jean-Michel Blais—to say that the Quebec City police “ruled it was an accident.” But they did no such thing. Rather, they said the evidence available to them suggested an accident.

It begs the question: What would be their opinion had Halifax police collected more evidence? We know that police failed to conduct a meaningful canvas of Holly’s neighbourhood to find out if anyone had seen anything the night of her injuries. It appears that evidence was mishandled. We know that the cab driver was not brought into the police station to be interrogated, and there are serious questions about how a lie detector test was conducted. What would’ve been the result had the police investigation proceeded differently? We can’t know.

Regardless, the lukewarm Quebec City police department review made four recommendations and 10 suggestions. Yesterday, Halifax police Superintendent Jim Perrin publicized the department’s response to those recommendations and suggestions. Perrin rejected most of them outright, saying the department would keep the status quo. There was agreement that police procedures for canvassing was wanting in Holly’s case but, Blais said yesterday, those concerns have already been addressed. There were also some comments about interviewing techniques, implicitly suggesting that maybe interviews outside the police department should be recorded.

“Jim Perrin called me this [Wednesday] morning, and said the response would come out today,” said Marion Bartlett last night. I had called her in North Carolina, where she’s visiting her daughter Kim. “He said the report would have recommendations about canvassing and interviewing. I would have been half-satisfied with that. But when I read the report, I couldn’t believe it.”

What most angers Marion is the concluding paragraph, which says the Quebec City review “illustrated the compassion and dedication shown by our investigators.” Marion doesn’t feel that way at all, and is especially angered by comments that seem to whitewash the unfeeling invitation to join McKinley in a walk-through of the area where Holly was found on the very day of Holly’s funeral.

Our investigators ensure the ultimate in respect and sensitivity when liaising with the family of a deceased victim. It appears, however, there may have been a misunderstanding with respect to this matter. It is our investigators’ recollection that the family requested the walk-through of the area on a particular day given that more family members were in Halifax at that time.

“Misunderstanding!?” said Marion incredulously. “We didn’t misunderstand anything. Mark McKinley called me and said, ‘I’m going to Jamaica, so it’ll have to be Tuesday [the day of the funeral].’ That’s why it was that day.”

After reading your creative penmanship today, I regret ever believing that you were truly invested in understanding the impact that this investigation has had on our family.

Perhaps you were confusing Holly’s case with someone different? Compassion? Is compassion when you tell the mother of a deceased 31-year-old that she “watches too much CSI”? Or, perhaps compassion is better exemplified when the lead investigator stands in front of the family, while their loved one clings to life 20 feet away, and announces that “they’re pretty sure she didn’t jump.” No, compassion must be when they interview the last known person to have been with my sister for a whopping 25 minutes? Perhaps compassion was present when they refused to speak to anyone who knew anything about a blind person’s mobility, be it drunk or sober. In the end I suppose you could say compassion was shown when your department thought of Holly as simply the poor drunk blind girl.

You generously commended your group on being so dedicated. Yes, the canvassing was such a loud representation of that.

Up until today, even after the review was completed by the Quebec City Police, I respected the process and even you personally. I felt we were working together to fix what went wrong.

This release was an insult to our family. My sister was not merely a file, she was incredible.

At the end of the day I’m sure it doesn’t matter how we feel. With you being surrounded by such dedication and compassion, feeling good about your job and the way you deal with families must be “status quo”.