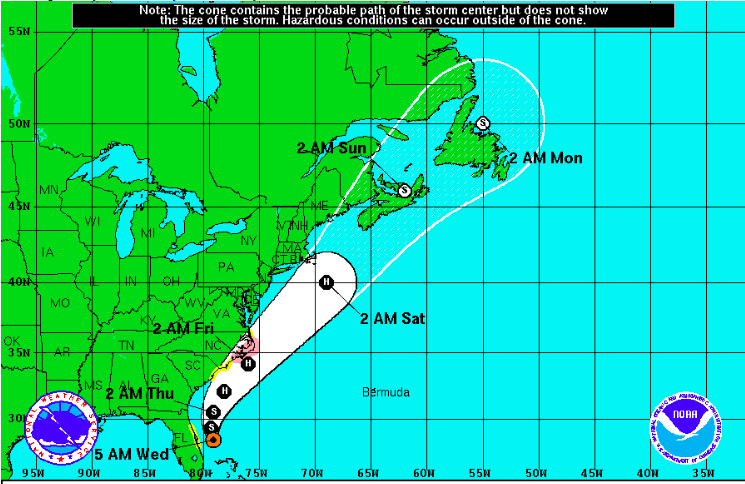 Chronicle Herald reporter Selena Ross follows up on the release of a report on the socioeconomic effects of fracking, noting that people who commented to the panel were quite skeptical: “In submissions, the writers often saw the dangers of fracking in the context of their own lives, describing risks to their property or livelihood,” writes Ross. “Sometimes a lack of information on a certain question was enough, they wrote, to decide against supporting fracking.”

News 95.7’s Adam Burns reports that Uber is being used in Halifax. Some people—a lot of people—think that an unregulated free market in taxis will bring better service and lower prices; for sure we’ll get the lower prices, but better service? Forget about it. A friend points to an analogous situation in the carpentry trade in the US: with the near-demise of the union apprenticeship programs, any idiot with a tool belt can hire himself out as a carpenter, and so pay in the field is horrible, there are no benefits or retirement programs and, crucially, the work generally sucks because the people who would otherwise be top-quality carpenters find better paying work elsewhere.

3. Violence on the Dartmouth Waterfront

Police releases tell us that during the Sam Roberts concert and Canada Day fireworks last night there was a stabbing and a shooting nearby. The stabbing occurred at 9:20pm in the newly rebuilt playground near the Peace Pavillion. A 19-year-old man was stabbed twice in the abdomen, and taken to hospital. “The suspect is described as a white male in his 20s [with] tattoos on both arms and his chest, with short buzz haircut,” says the police release. “He was wearing blue jean shorts and no shirt,” which narrows it down to maybe 14,000 Dartmouthians. Then, at 10:07pm, someone brought a 18-year-old man who had been shot in the leg to cops working the concert. “Officers could not locate the area where the shooting took place,” reads the release, but the CBC says it happened inside the Alderney Gate office building.

This is neither here nor there, but a few years ago I went with friends to watch the Canada Day fireworks from the foot of Best Street, on the Dartmouth waterfront near the Macdonald Bridge. About 50 people, mostly families with small children, were present, and all were having a good time until two jackasses got in an obscenity-laden fistfight, generally ruining the experience for everyone. Something about Canada Day, I guess.

The first tropical storm of the year, Arthur, is now off the coast of Florida and moving north along the eastern US shoreline. It is predicted to become a hurricane tomorrow and make landfall in Nova Scotia Saturday night. This will no doubt keep the CBC  aflutter for the next few days, and the Overhyped HRM Storm Twitter feed is already on it. But we’ll keep with our favourite weather man, Frankie MacDonald, who reminds us to keep our rain boots on the ready and to buy cases of Pepsi and Coke:

Those hippy students are going to steal your lunch

The anger directed at the divestment movement is fascinating. On the one side, there are the filthy rich oil companies (Exxon Mobile is the largest corporation on the planet, and were it a country it’d have a GDP larger than Thailand‘s), which spend millions of dollars funding bogus “research” and climate change denying organizations. On the other side, there are a couple of dozen college students carrying placards. Guess who the Chronicle Herald sides with? When your business model is dependent upon advertising, hippy punching will necessarily be your editorial default.

Northwest Planning Advisory Committee (7pm, Sackville Public Library, 636 Sackville Drive)—There are two development application under discussion. The first is for two four-storey apartment buildings with a total of 124 units, at 8 Walker Avenue and 732 Old Sackville Road in Lower Sackville. The second is for 32 townhouses and one four-storey apartment building with 64 units, at 26 and 34 Walker Service Road in Lower Sackville. The NPAC doesn’t have the power to make decisions on the proposals, but they can weigh in them, as both would require a change in zoning and planning codes.

Bev Keddy is a “computer guy” with the province who has an intense interest in local media, and especially in radio. On his blog, Bevboy’s Blog, he chronicles the ever-turbulent radio industry, the purchases and buy-outs, the re-formatting and closures, and the comings and goings of radio personalities. His insights are better than anything I’ve seen in traditional media, and really someone ought to hire him on as a columnist. Today, Bev has an interview with Courtney Amirault, the good-humoured mid-day host at Live 105. It’s worth a read.

Fulmar, a French naval patrol boat stationed on St. Pierre and Miquelon, will be in port July 3-8 as part of the Halifax-St. Pierre yacht race.

The CFIA inspection mentioned above is for Asian Gypsy Moths, an invasive species that is already present in Canada. Inspections for ships going inland happen in Halifax, since we already have them.

Dan Brennan has alerted the Twitterverse to Winston Churchill’s mohawk: 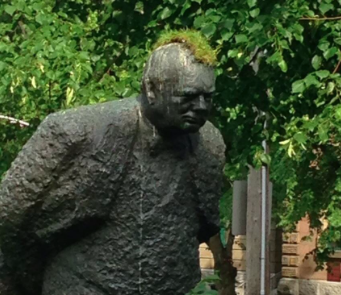