You are here: Home / Featured / Here’s what developers want to do with the Birch Cove Lakes Wilderness: Morning File, Friday, June 17, 2016 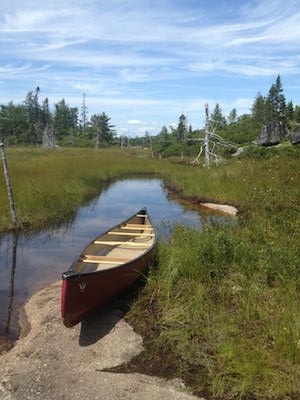 A picture I took while canoeing through Birch Cove Lakes with Chris Miller.

The Birch Cove Lakes – Blue Mountain Wilderness is a chunk of land the size of the Halifax peninsula, stretching from the Bayers Lake Industrial Park to Hammonds Plains. The easiest access point is a trail that leads from the back side of the Kent store in BLIP to Susies Lake.

I’ve hiked Blue Mountain a few times — the summit provides a panoramic view of the Halifax Harbour, Bedford Basin, and on clear days St. Margaret’s Bay — but the jewel of the wilderness is a canoe loop composed of five lakes  — Susies Lake, Quarry Lake, Fox Lake, Ash Lake, Cranberry Lake, and back to Susies Lake — connected by ridiculously short portages. Chris Miller, of the Canadian Parks and Wilderness Society, has taken me on several canoe trips, and I’m always amazed that such an incredible wild spot exists just a 15-minute drive from downtown Halifax.

Folks like Miller have been trying to give legal protection to the wilderness for decades, and in 2009 the province designated the 1,350 hectares of land it owns in the area as wilderness. Soon after, the city began getting interested. I’ve been watching the park planning process proceed in a painfully slow manner over the years, but it seemed progress was being made. I remember city staffer Peter Bigelow telling Halifax council that the park planners envisioned a complete wilderness experience — a new access road would built near the Kent store, but otherwise the entire wilderness would be kept undeveloped, aside from some wilderness trails into the backlands.

The wilderness park boundaries, Bigelow told council, would be on the encircling ridgetops. In other words, you could sit in a canoe on Quarry Lake and look around and see nothing but wilderness. Any urban development would be on the other side of the ridge. This means not just a pleasing visual experience, but also that oil and antifreeze from cars, dog poop, yard chemicals and the other pollutants typical of subdivisions would run off away from the wilderness, protecting the water quality of the lakes.

The only obstacle to the plan was 400 hectares of land owned by four development companies. The land was zoned “urban reserve” in the 2008 regional plan, meaning that the city would not even consider a development application for the property until at the very earliest 2033. So to create the wilderness park, the city would have to buy out the developers. At issue: how much is the land worth?

The developers — led by the Annapolis Group, controlled by the Jodrey family, which has assets valued at about a half-billion dollars — pressed for the highest possible value on the land. That is, they produced plans for the complete development of the land, with suburban roads encircling Fox and Quarry Lakes.

The Annapolis Group hired Ekistics to produce a “conceptional 3D video” of their proposed development. The video shows not just suburban streets but rows of six- and seven-storey apartment buildings leading right up to what are now wilderness lakes. That video was for a while on a public YouTube channel but was taken down last year. However, I’ve obtained the video and am republishing it today… be forewarned: if you’ve been to the wilderness, you will be heart-broken by this video:

In 2014, Justice Heather Robinson was brought in as a facilitator to help the city and the developers negotiate a price for the land. Last week, Robinson’s final report was released. You can read it here. Robinson sided completely with the developers. Her conclusion:

Setting the regional park boundaries as proposed by the landowners in the Development Plan achieves regional park objectives and is economically feasible.

This only makes sense if you want a wilderness park that is pushed almost completely off the lake system. Basically, the “wilderness” will consist of the backlands brushing up against the proposed Highway 113 and Blue Mountain, encircled by suburban development.

If the landowners get their way, the Birch Cove Lakes – Blue Mountain Wilderness is dead. It will be a “wilderness park” in name only, another example of developers naming shit for stuff they’ve destroyed.

“Nova Scotia’s population is the highest it’s ever been thanks to a growth spurt of 1,460 in the first three months of 2016, according to a new report from Statistics Canada,” writes  Lisa Blackburn for the CBC:

Citing immigration as the main reason for the increase, the report says 1,849 immigrants arrived in the province during the first quarter of 2016, many of them Syrian refugees. It was the largest number on record for a single quarter.

If not for immigration, the province’s population would continue to shrink. The report says Nova Scotia’s natural population change — the number of births less the number of deaths — continues to decline.

Inter-provincial migration also dragged down the population but not as much as it has in the past, with the report saying 33 people left Nova Scotia for other provinces. It was the lowest first quarter outflow numbers since 2011.

Surely, they mean a net out-migration of 33 people — that is, subtracting out those Nova Scotians who were living in Alberta but have moved back to Nova Scotia. The gross out-migration figure must be much higher; I think I personally know more than 33 people who have left Nova Scotia this year. 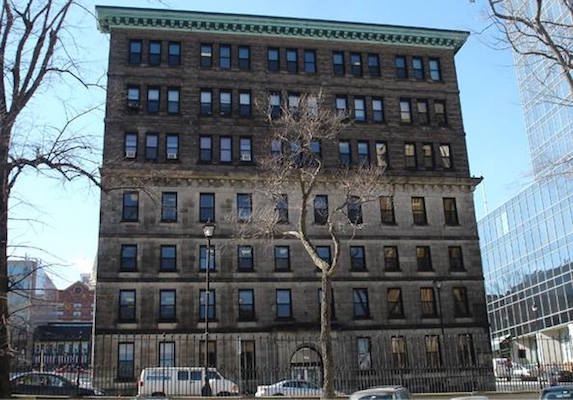 Yesterday, the province issued a Request For Information looking for ideas to develop the block the Dennis buildings sits on. Jean Laroche, writing for the CBC, has more.

The man who died in police custody yesterday morning still has not been publicly identified. 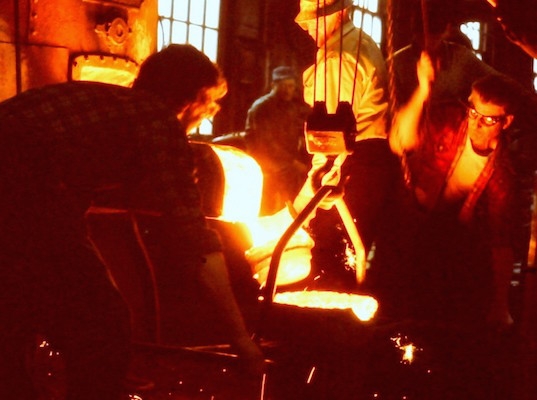 The demolition of the Lunenburg Industrial Foundry and Engineering machine shop is excuse enough for Stephen Archibald to break out photos of his visit to the working foundry back in 1974.

Archibald continually demonstrates that success in life — or at least, any hope of running a successful blog 40 years in the future — depends entirely on a well organized filing system. 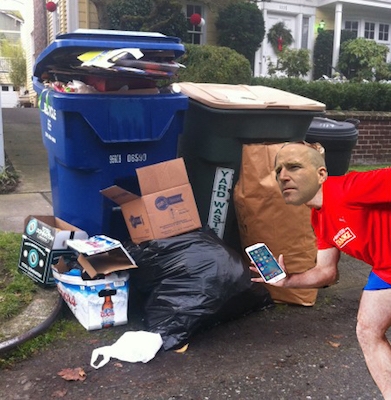 Whitman took photos of garbage (which can be seen here and here) while on a 5k run to show that some residents are simply not sorting their waste in the proper manner. He is calling on everyone to do better so that they can be good neighbours, instead of the horrible, vile creatures they currently are.

“I’m just really, really good at sorting my waste. Why can’t everyone just sort their garbage as good as me?” asked Whitman, who added, “That’s why I stopped to take those photos on my 5k run.”

To the Truro News:

In 2007, Truro made headlines because of a 6-1 town council vote against flying a rainbow flag in honour of Pride.

In some statements, most notably by our enduring mayor, homosexuals were compared to pedophiles, a disapproving “God” was used as ammunition against the community, and it was noted that gay people had equal rights, so what were they still fighting for?

In 2016, after watching news coverage of 50 people being shot and killed in a gay night club in Orlando on Latinx night, it became abundantly clear what was still being fought for. Safety. Equality. Life free from fear or hatred.

The town council has now changed their position. Almost a decade passed with consistent advancements for the LGBTQIA community globally (including more letters being added to the abbreviation) and yet it required the largest recognized gun massacre in American history to prompt a change in Truro’s pride policy. It took members of the queer community being slaughtered for our town’s leaders to step back and realize they were putting Truro on the wrong side of history.

I was 11 years old in 2007 when the story about the refusal to fly the pride flag broke. I did not read the newspaper often, but everyone was talking about this story, and so I took notice. I read everything published on the subject. I did so because I was shocked. I had grown up incredibly privileged to be part of a family that knew love did not have a prescribed combination of genders. I had naively assumed everyone shared this obvious principle.

So I got angry with my town. I got angry with the councillors defending their stance by saying they had gay friends so they couldn’t be bigoted. It was just a “lifestyle choice” the town could not support, after all.

I got angry and I went to our big old desktop monitor and I sat down and I typed out all the reasons I was angry. If I remember correctly, it was a little rudely worded, but it got my point across. I wrote “Dear Editor” at the top and asked my parents to help me send it to the Truro Daily News. It was the first thing I ever wrote that was published.

At 11, I didn’t know I was queer; I was busy being a kid and reading books and probably eating too much ice cream. I was getting ready to start junior high school, and by the time I moved on from Truro Junior, I had it pretty much figured out. My closest friends knew, and I only put off telling my parents because I thought it would make them too excited to have a queer kid. That’s how great my parents are.

Now I’m 20 and I live and go to school in Toronto, but Truro is still home to me. My experiences here shaped who I am. Our town’s homophobia made me start writing, something I continued regularly through high school and now in university. It also was one of the reasons even as I kid I knew it was only a matter of time until I moved away.

I felt a lot of things when I read Truro was to raise a pride flag for the first time. The first was profound sadness for the reason it is happening now, for those lost and for the wounds the queer community continues to bear. The second was pride that my town was finally catching up.

The feeling that has lingered is a mix of worry and anger. It took this long for our local politicians to catch up to what was morally correct from the beginning, and it required a tragedy of impossible proportions to force their hand.

The first time the rainbow rose in our town it was not in pride, it was in mourning, and it stayed at half-mast. I only hope our leaders have learned from the past and prejudice will not cloud policy in Truro again. Maybe some day we can even get the flag all the way to the top.

The Truro News has republished all the letters it received in 2007 related to flying the Pride flag on City Hall. 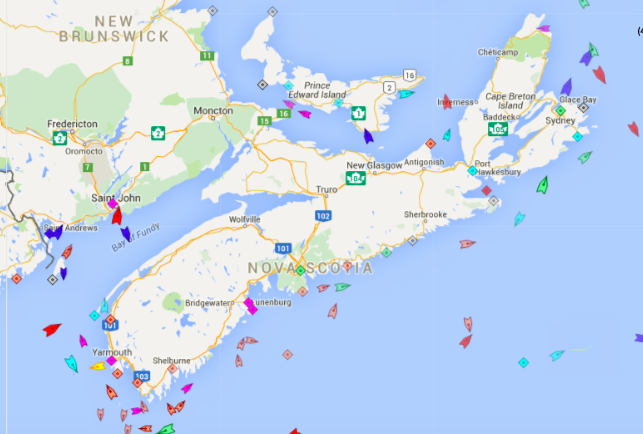 This has been a long week.