You are here: Home / Featured / Here’s how people older than 80 will be vaccinated in Nova Scotia 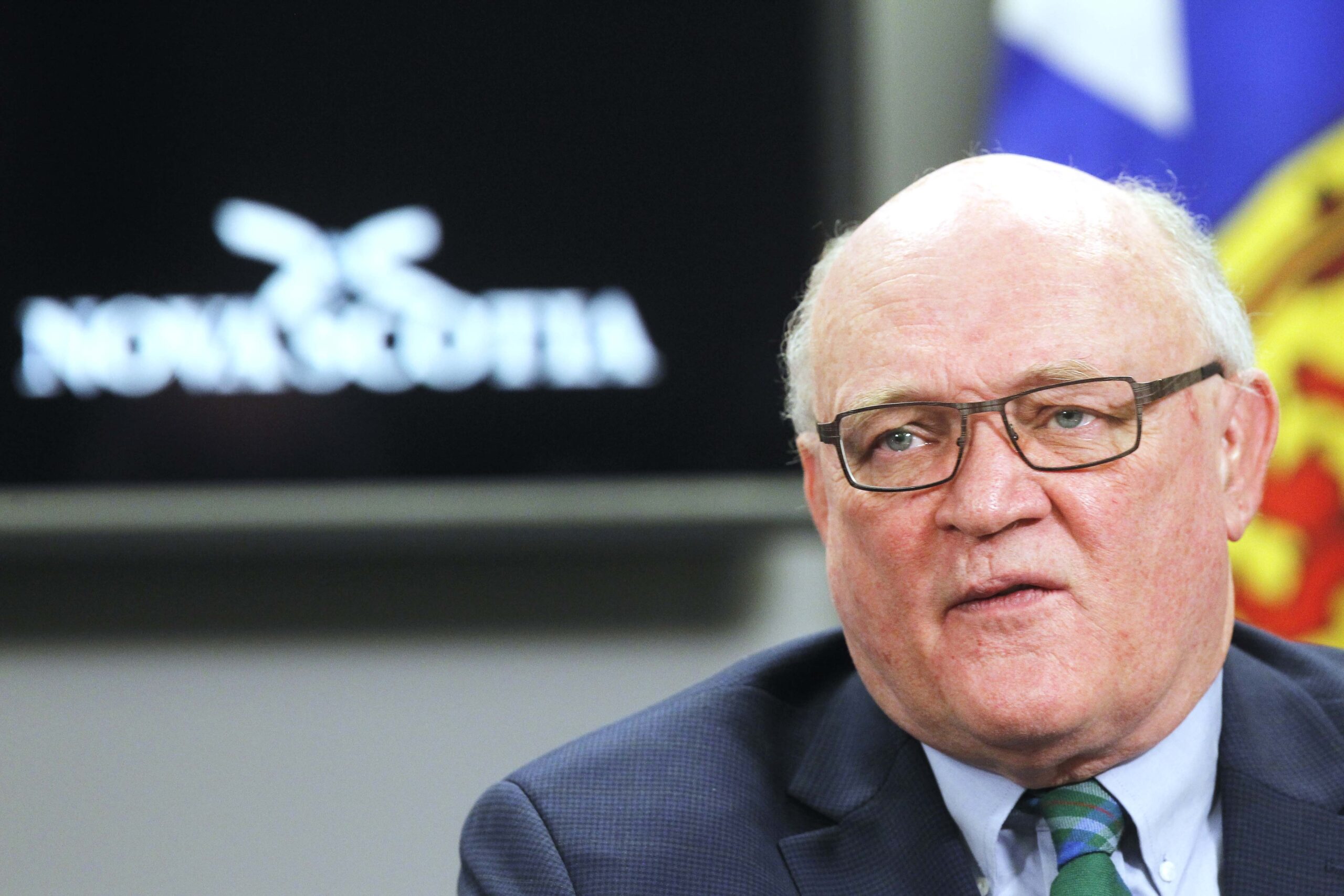 The province’s vaccine rollout is expanding with the creation of 10 community-based clinics open to Nova Scotians ages 80 and older.

Nova Scotians who are 80 or older as of March 1 will receive letters from MSI advising them how, where, and when to book an appointment. Those letters will be mailed out between Feb. 24 and March 5.

Anyone who turns 80 after March 1 can book on their eightieth birthday.

“About 48,000 Nova Scotians will receive a letter from MSI advising them that they are eligible to receive the COVID vaccine,” Dr. Robert Strang, the province’s chief medical officer of health, said during Friday’s briefing.

The by-invitation-only clinic for people 80 years old and older who don’t live in nursing homes was the subject of a story in the Halifax Examiner on Thursday. Members of the Crichton Park community Facebook page figured out how to register their uninvited parents.

Asked about the incident during Friday’s briefing, Strang made his frustration clear. He said his department was made aware of the issue on Thursday, noting their objective with the prototype clinic was to identify 500 people, 80 and older, and get them immunized. He said they’re still going to do that, and plan to learn from it:

This is the only clinic where we’re going to have this special invitation approach. It’s unfortunate that some people kind of gamed the system, found a way to game the system and put themselves ahead of others who had gotten an invitation.

So for people that are doing that, I kind of say shame on you. All along throughout COVID, we’ve asked people to think about others first. Everybody will get a chance to get vaccinated. And the people who got a letter and are now disappointed because they now weren’t able to make an appointment at that clinic, I apologize for that.

Strang said he hoped anyone who missed out as a result of the incident is reassured by the fact they’ll get a chance to be immunized throughout the month of March.

“All the First Nations clinics will be managed by their respective health centres in the different communities, and it will be health centre staff who administer the vaccine for those living in their community,” Strang said, adding the partnership with these communities made clear the importance of them having their own clinics:

They have a tremendous amount of input into scheduling and who gets vaccinated when, and we’re really relying on them to communicate about the clinic, communicate in a culturally appropriate and sensitive way, to deal with some of the challenges we have around the vaccine hesitancy that are specific within those communities.

Strang added that it’s important to continue rolling out the province’s vaccines in a “culturally responsive manner.” He said although they’re not as far along in the process, they’re also taking the same approach with African Nova Scotian communities.

Feeling even mildly unwell? ‘Get tested’

Strang also urged all Nova Scotians who feel mildly unwell or have even just one symptom to book a COVID-19 test.

“Many of the recent cases of COVID-19 we are seeing in Nova Scotia are presenting as mild, cold-like symptoms, or even just one symptom,” Strang said.

“So if you have a runny nose or an ongoing tickle in your throat, it is not something that you should ignore. You cannot think it’s not COVID-19.”

He pointed to the communities of Beaver Bank and New Minas, where there are cases still under investigation. He said expanding testing and having a large number of people in both communities tested “will be an important part of our assessment of trying to determine if there is any undetected spread of COVID” in those communities.

There will be community testing in Beaver Bank over the weekend after a case connected to Beaver Bank-Monarch Drive Elementary School earlier this week. Public health mobile units will be at the Beaver Bank Kinsac Community Centre on Saturday from noon to 6pm and Sunday from 9am to 6pm.

“Anyone who lives in the Beaver Bank area, into Lower Sackville, even over to Fall River, we encourage everybody to go take advantage and drop into these testing sites or you can make an appointment…online,” Strang said.

People in the New Minas-Wolfville-Kentville area are also being urged to visit a pop-up site or book a test.

Also on Friday, the province announced that starting on Sunday, COVID-19 testing will be mandatory for travellers (like truckers) who aren’t required to self-isolate in Nova Scotia after arriving by ferry from Newfoundland and Labrador.

Asked why this was being mandated for those people and not truckers coming from the U.S., where COVID-19 is more prevalent, Strang the sense of urgency is due to the large spread of cases occurring in Newfoundland and Labrador.

The testing will take place at the Marine Atlantic ferry terminal in North Sydney. Testing at the ferry is only available for people who are passengers or crew, and the standard lab test will be used. Other ferry passengers are also permitted to get tested.

Strang told reporters the province is working to “build capacity” for testing all truckers who enter Nova Scotia:

We’ve had some logistic challenges, and I’ll be honest, it’s taking longer than I had hoped. But we’re close to getting testing for truckers at the Irving Big Stop in Enfield.

Once we work out some of the logistics, we will expand that. Once we have good capacity in a number of locations, we will be looking towards making testing for all truckers mandatory. But we need to make sure they have easy access to testing before we do that.

One of the new cases is in  Nova Scotia Health’s Eastern Zone and is related to travel outside Atlantic Canada. The second case is in the Central Zone and is a close contact of a previously announced case.

There are now 15 known active cases in the province. One person remains in hospital with the disease, and that person is in ICU.

Here are the new daily cases and seven-day rolling average (today at 1.7) since the start of the second wave (Oct. 1):