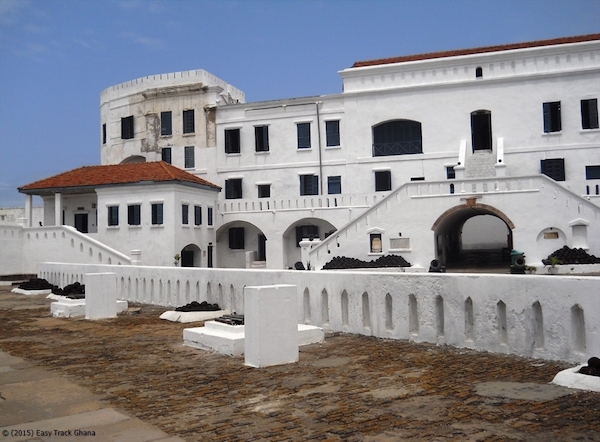 There was no love lost between me and a bland fruit that routinely found its way into my childhood home in northwest Indiana. That sentiment changed when, at age 21, I nibbled the same fruit (between sips of palm wine) at a gathering in Ghana. “Who knew it tasted so good?” I marvelled while savouring the luscious sweetness of the first banana I’d ever sampled that hadn’t served time in a shipping crate.

As my first trip abroad, my sojourn in Ghana proved transformative in many ways. For it was there, in summer 1975, that I also sat one evening with local villagers and watched a Kung Fu movie projected on a sheet in a courtyard. At one point, I looked upward to discover what seemed to me trillions of diamonds glittering just above my head. Gobsmacked, I soon realized that I was gazing at stars; a sight so spectacular in the ink black night sky of Ghana that I instinctively reached up to touch them.

To be sure, my journey was also coloured by encounters with Ghanaians in dire straits, such as a “night soil” collector charged with the disposal of human waste. Even at a distance, the man’s shame was evident.

As for indignities, I spent an afternoon at the Elmina (aka Cape Coast) Castle where Africans were impounded before being force-marched onto slave ships that delivered them to auction blocks throughout the “new world.” In The Door of No Return: The History of the Cape Coast Castle and The African Slave Trade (2009), William St. Clair chronicles the evolution of the fifteenth century edifice through which “the ancestors of innumerable people living today in the U.S. [and] Canada … passed through.”

Using scores of archival documents, the author also offers a vivid account of the whites who lived in the structure that today sees hordes of tourists as a UNESCO World Heritage Site. The castle’s long-term residents included British officials who routinely raped captive African women. “T’is true I have taken a great Strong back’d [wench], rather surreptitiously,” an administrator bragged in a letter to a friend.

Apparently unfazed by the torment of the humans shackled in dungeons below her, another resident extolled the castle as “a fine building, with excellent rooms, on three sides surrounded by the sea.” I had different thoughts as I leaned against a wall and meditated on the horrific plight of my forebears.

I was flooded with memories of my visit to Elmina Castle when last summer I attended the “Journey Back to Birchtown” celebration at the Black Loyalist Heritage Centre (BLHC), near Shelburne. The two-day event featured music, dance, nature walks, drumming, spoken word performances, a worship service, etc.

Throughout the festivities guests were granted free admission to the magnificent BLHC, which is part of the Nova Scotia Museum system. A preview of a new documentary by local filmmaker Sylvia Hamilton — “Carrie M. Best: Champion of Human Rights” — was screened at St. Paul’s Church, a landmark parish on the grounds. A scrumptious outdoor buffet was served by (among others), Olympian sprinter Marjorie Turner-Bailey. A direct descendant of Black Loyalists, Turner-Bailey represented Canada at the 1976 Olympics in Montreal.

In welcoming remarks, Black Loyalist Heritage Society President Charles Smith set the “down home” flavour of the gathering. Awash in sunlight, he told the crowd that he’d put on a three-piece suit to wear to the event. When his wife chided him for being “completely overdressed,” he changed into more casual attire.

Popular Halifax emcee Charla Williams then stepped to the microphone. Turning to Smith (in slacks and a sky blue golf shirt) she allowed that he would have become “a melted chocolate mess” had he not heeded the advice of his wife. A voice yelled from the back: “I told him.” Folks fell out laughing.

By contrast, humour was in short supply for the 3,000 Black Loyalists who, in 1783, arrived in Birchtown after being freed from slavery as recompense for their support of British forces during the American Revolution. The Book of Negroes by Lawrence Hill (novel and mini-series) details the abuses suffered by what was then the largest community of free Blacks in North America.

In 1792, a large contingent of the Black Loyalists, distraught by their abysmal living conditions and relentless persecution by whites, boarded a ship docked near the present-day BLHC and sailed back to Africa.

Standing, last summer, on the shores from which the Black Loyalists bid permanent farewell to Nova Scotia, I had a startling realization: The province “boasts” the only group of free blacks who, despairing of ever achieving justice, effectively said: “Hell to the no. We’re outta here.”

And then another insight: Four decades after my visit to Elmina Castle (again, where Africans were forcibly removed from their homeland), I’d retraced the steps of Blacks who’d made the voluntary decision to flee the purported Promised Land. Gazing at Shelburne Harbour, I was mindful that the Black Loyalists, in their “reverse migration,” had rendered themselves vulnerable to a still robust slave trade that was not abolished, within the British Empire, until 1834. Think about it.

And on that note, peep Sankofa (1993) by Ethiopian director Haile Gerima. The acclaimed movie turns on the experiences of a Black woman who is snatched back into slavery and features powerful scenes filmed at Elmina Castle.

Suffice it to say that there was still hell to pay for the Black Loyalists who remained in Birchtown. Examiner contributor Stephen Kimber has penned a definitive account of their suffering.

Today, the progeny of Black Loyalists take rightful pride in having established, against all odds, one of the finest small museums in the country — in an incomparably gorgeous setting. Call it a must-see destination.

At 7pm on Tuesday, February 13, Vanessa Fells, a staffer at the Black Loyalist Heritage Centre will discuss its history and notable Black Loyalist descendants such as opera singer Measha Brueggersgosman, boxer Sam Langford, and Rose Fortune, who is widely considered the first female police officer in Canada. The free public event will be held at Government House, 1451 Barrington Street, Halifax.