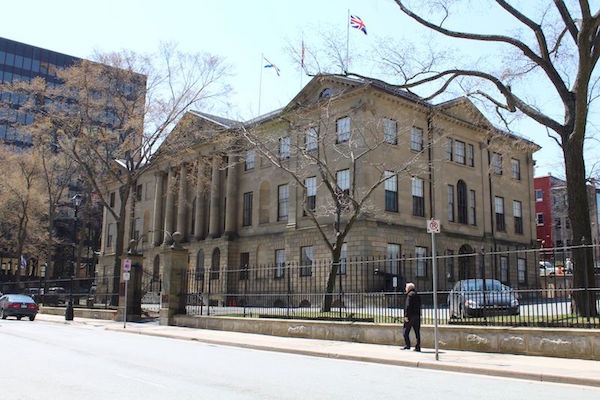 This is National Teacher Appreciation Week. What better time to force a contract on teachers, eh?

It will no doubt be a week of theatrics, true drama, protests, and unexpected twists at Province House.

“The president of the Nova Scotia Teachers Union would not rule out a full strike by her members as MLAs started the round-the-clock process of passing legislation to impose a contract on 9,300 public school teachers,” reports Michael Gorman for the CBC:

Liette Doucet told reporters at Province House on Tuesday night that teachers are upset and feeling demoralized by Bill 75.

Doucet would not say if parents and students should prepare for a full strike by teachers before the legislation is passed, likely next Tuesday.

“It remains an option,” she said.

Politicians are taught to “humanize” themselves in interviews by appearing friendly to the interviewer even in the face of tough questioning. The best politicians more or less pull it off, although to my ear there’s usually at least a hint of dishonesty to it.

You can tell when a politician is most concerned about their friendly demeanour by how many times they use the interviewer’s first name. It’s weird being the interviewer in this situation: I want to say, “hey, you don’t know me, stop being overly familiar,” but I let it slide.

Which is to say, count how many times Stephen McNeil says “Steve” in this interview with Steve Murphy, and especially as McNeil is getting pushed by Murphy. No one — ever, no matter how much they are truly friends — says someone’s name so often in honest conversation. It’s the tell: when pressured, McNeil overly relies on his media training.

Maybe McNeil should hire some even-higher-priced PR people to teach him how to respond to interview questions.

“We have confirmed three cases of measles in the Halifax area and are following up with the contacts of these individuals. We are also investigating to determine how they became infected,” Dr. Trevor Arnason, the medical officer of health for the Halifax area, said in a news release.

Arnason said it is rare to see measles cases in Nova Scotia, and the last confirmed case was reported in 2008.

Most people are protected from measles infection through vaccination.

As I understand it, it’s possible to get measles even when vaccinated, but the disease would not exist at all if everyone were vaccinated. As Jenny Marder reported for PBS in 2015:

The MMR vaccine is very effective, but it’s not 100 per cent preventative. Some people who get the vaccine are still at risk of contracting the disease. Large numbers of vaccinated people act as a firewall that prevent the disease from spreading to those who are vulnerable. The vaccinated protect the unvaccinated. That’s known as “herd immunity.” But as more people opt not to get vaccinated, or not to get their children vaccinated, the virus has more portals to creep through, more people to infect. And those people sneeze and cough, releasing the virus into the air, and that fuels the spread of the disease.

Some parents opt out of the MMR vaccine, often due to thoroughly discredited studies that link it to autism. Simply put, if everyone got the vaccine, the virus would have nowhere to go. The unvaccinated keep the measles alive.

Sidewalk and bus stop clearing is getting underway, which will require significant time and effort given the sheer volume of snow accumulation, in addition to snow from street clearing operations and that has been pushed into sidewalks from private property. The height of many snowbanks currently present in most sidewalk areas can be a challenge for equipment, but all resources possible are being deployed to open these up as quickly as we are able. It is not expected that all sidewalks can be fully accessible for ten to 14 days. [emphasis in original]

This means, necessarily, that pedestrians will be walking in the streets. And yet:

Halifax Regional Police are asking people to not walk on the roads because it’s illegal and whiteout conditions are making it impossible for drivers to see pedestrians.

So if you don’t have a car, you must stay home and go nowhere. Or, you know, we could recognize that pedestrians have jobs and schools and errands to run like people with cars, and understand that they necessarily will be in the streets and so we should watch out for them. 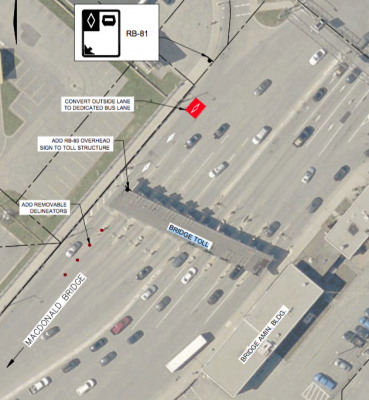 “Halifax streets could see fewer buses stuck in traffic sooner thanks to the expedited implementation of a list of Transit Priority Measures (TPMs) originally planned to stretch into 2021,” reports Erica Butler for the Halifax Examiner:

With new matching funds coming from the federal Public Transit Infrastructure Fund, eight of the 11 TPMs on Halifax’s list are “tentatively scheduled” for our next fiscal year (2017-18). Another two have already been completed, and only one — a dedicated bus toll lane on the Macdonald Bridge — is as yet unplanned. Several of those scheduled, however, are at “high risk” of not getting completed by March 2018.

Community Planning & Economic Development (9:30am, City Hall) — Mayor Mike Savage wants the city to work with the United Way on an anti-poverty strategy.

Legislature sits (12:01am, Province House) — an all-day meeting to show how tough Stephen McNeil is.

Cancelled: Resources (9am, Province House) — the Maple Producers Association will be asked questions.

Over 2,000 children per year are seen at the IWK Emergency Department with a wheezy illness. In 2008, the IWK changed their clinical practice, by delivering salbutamol by puffers instead of masks. This resulted in decreased length of time in the emergency department and an estimated cost avoidance of $260,000 per year. Four linked multi-disciplinary research projects assisted with the implementation and evaluation of this practice change. Opportunities and challenges in engaging academic researchers and trainees in community engaged scholarship will be discussed. These projects were part of Dalhousie University’s Drug Use Management and Policy Residency where 39 graduate trainees contributed to research in Nova Scotia from 2000-2016.

Filmed entirely in vulgar Latin, this experimental film recounts the life of Sebastiane, a puritanical but beautiful Christian soldier in the Roman Imperial troops who is martyred when he refuses the homosexual advances of his pagan captain. When this film was released, it was the only English-made film to have required English subtitles, and it is an early film by the noted experimental and outspokenly homosexual director Derek Jarman, who died in 1994.

Blind Date with a Book (11am, Killam and MacRae Libraries) — Apparently they’ve got some “discreetly wrapped books” sure to “quicken your pulse”:

I’m finally en route to Halifax and hope to be home this evening.