You are here: Home / Commentary / Hanna Garson: a young lawyer dedicated to the long, slow fight for prison justice 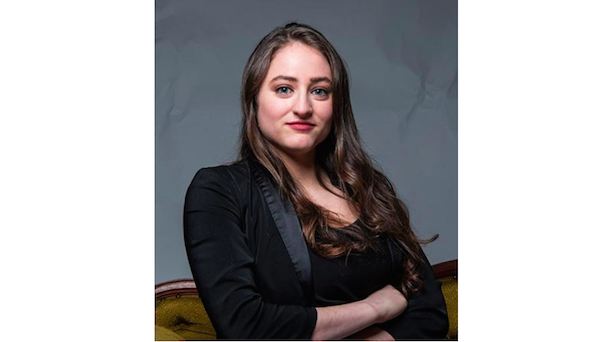 I text Hanna Garson, “I’m watching the most upsetting habeas in court right now.” She texts back, “what courtroom?” Two minutes later, she slides onto the bench next to me.

Since August, prisoners from Burnside have been filing habeas corpus applications alleging lockdown conditions in the jail. Prisoners report that since the prison strike and the move to direct supervision, they have been regularly locked in their cells up to 23 hours a day. Applications have detailed to the court the mental health impact of these conditions. In court, officials from the jail argue that the lockdowns are in response to violent incidents.

Although direct supervision has been touted by administrators as a model that reduces violence, both correctional officers and prisoners contend that the current environment of the jail has led to more violence, and more severe incidents.

In court on this day, the prisoners are self-represented. Nagendran does his best on the stand, testifying to the conditions that he says have affected his mental health. He contends that they are often out for less than half an hour a day, not enough time to even get a shower and a phone call.

Nagendran disputes testimony from Eileen Collett from the facility, arguing that collectively punishing all the prisoners for violent incidents they themselves are not involved in makes little sense when the jail has just spent millions of dollars constructing new ranges. Why can’t the staff just watch the cameras they spent hundreds of thousands on instead of locking everyone down to investigate for weeks? he questions.

But when Nagendren returns to his seat, the lawyer for the facility responds citing the Correctional Act, and paragraphs of case law. The lawyer, Adam Norton, looks at his phone to reference the case. The prisoners have no law books, no phone, no ability to make an argument.

A habeas corpus application is one of the few tools available to incarcerated people to address the conditions of confinement. But there are serious barriers to a fair hearing. In a habeas application, prisoners must challenge the same institution that is incarcerating them.

Prisoners allege that while often the entire range will file an application, only a few of those applications seem to make it to court to receive a hearing. If an application is accepted by the court, Legal Aid funding very rarely extends to offer a lawyer. While the facility claims that they have access to a law library, prisoners say that the library does not really exist, and that because of lockdown conditions, they have no access anyway. This means that prisoners are representing themselves in court without the ability to reference case law, the Charter, or even the Correctional Act. They can’t respond to any legal arguments.

Even when prisoners manage to argue their case, representatives from the facility will assert that the conditions being challenged no longer exist. Judges declare the application moot, and prisoners allege they are returned to the facility only to have the same conditions reinstated days or even hours later.

Prisoners, coming to the court from these terrible conditions, often without formal education, experiencing the mental effects of their incarceration, are up against the very people responsible for causing those conditions. It is hardly a fair fight.

And that’s where Hanna Garson comes in. A first-year lawyer at Planetta Hughes, Garson has dedicated thousands of hours of pro bono time to prison law. Along with Claire McNeil at Legal Aid, Sheila Wildeman at the Schulich School of Law, Emma Halpern at the Elizabeth Fry Society, Jessica Rose (currently articling at Boyne Clark and taking up a position at Dumke Law), and Sarah White, Garson is part of a group of lawyers searching for ways to fight for prison justice through the courts.

Garson has built a strong reputation with prisoners, but as a young lawyer still establishing her practice, the many hours required for each application make representing everyone who needs her impossible. The barriers facing prisoners in getting a fair hearing frustrate Garson:

It seems so clear to me that to bring somebody under the conditions of a lockdown or close confinement where a legally trained person may not be in the best frame of mind to  step into court and speak in such rough conditions — but somebody without legal training and without the capacity to understand what’s going on in court, for them to be taken off the van from prison and shoved into the courtroom and then that is supposed to be our understanding of what a fair trial or a fair hearing in court is for them.

On the day that Garson joins me in court on her way to another trial, she finds that she can’t just sit and watch the hearing. Following a recess, Downey tells the court that he doesn’t understand the proceedings, and that he would like a lawyer. Nagendran agrees, asking the court to assign him a lawyer.

And Garson steps in, offering her services, once again without funding. She now has to shepherd applications through Legal Aid, and if funding is refused, she has submissions to make arguing why a court-assigned lawyer is necessary. If successful, though, the case may set a precedent for whether prisoners are entitled to legal counsel on these cases.

Garson sees the issue of funding as one of priorities:

We pay for things that we value in society. And I think that once someone’s been convicted of a crime, as a society, we’re more or less okay with whatever they experience after that. It’s not really a societal priority. I think people can definitely grasp that human rights should exist but how it plays on their heartstrings and actually makes them care seems to be quite different once people are convicted.

In fact, remand numbers at Burnside show that regularly around two-thirds (and up to 80%) of the jail are on remand, meaning they haven’t actually been convicted of a crime. Yet innocent or guilty, everyone is subjected to the same conditions. It is the impact of those conditions that initially attracted Garson to prison law:

I’ve always had an interest in mental health and how people struggling to navigate their own lives intersect with state power. And there’s no more obvious place than a jail or prison where you see these complex intersections between mental health and the law. The law that governs those systems in their lives is very interesting, and it’s underdeveloped.

As a law student, Garson worked with the Elizabeth Fry Society of Mainland Nova Scotia to develop a human rights guide for incarcerated women. Then, with East Coast Prison Justice Society, she created a guide to habeas corpus to try to make the process more accessible. Garson cites the work of Claire McNeil, as well as the advocacy of prisoner Dylan Gogan who self-represented in a precedent-setting case, in mentoring her in this area of law.

Talking with individuals who are incarcerated, I kept hearing about just horrific instances where people were kept in solitary confinement for periods of time and individuals doing their own habeas corpus attempts. Particularly Dylan Gogan and a man named Brian Richards.

And both have been successful on their own attempts, but I was shocked by just the absolute impossibility of trying, and the frustration that they experienced at every turn trying to figure out how to represent themselves from segregation cells.

Even with legal representation, Garson says the barriers in trying these cases remain steep:

And not to mention the fact that if I’m doing habeas corpus petitions as a volunteer it’s kind of frustrating because as somebody who is a fairly recent call, I don’t necessarily know what I’m doing all the time. In tandem with the huge power imbalance, I never feel particularly helpful.

For prisoners, who have been pleading for help for months, Garson’s assistance makes a difference. In September, confronted with slow and frustrating arguments about legal representation, Maurice Pratt chose to move ahead with representing himself on a habeas case. The decision by Justice Chipman went against Pratt. “The habeas process is unjust,” Pratt tells me:

Because the people making the decision have never been subjected to being confined at the mercy of somebody else. I’m dependent on the people that lock people up. The law is not wrong, it’s the application of the law. Because everybody’s looking the other way. Everyone believes the guy that has a position of authority, because why would they do wrong to us? We must just be going to court because we have nothing better to do.

After court, I write in a post on Facebook that every lawyer should come to court and watch a habeas hearing, and see if they feel like justice is being done. It’s hard to watch men, sitting there in orange, struggle without being given the tools to address the injustice they are facing. It’s hard to see month after month, applications being brought raising the same conditions, only to have the cases declared moot, and the cycle start all over again. None of this is happening because of ill intentions on the part of judges, it’s just the way the system is built; but that system is not built for the most powerless.

And so this is why Garson has dedicated herself to finding new solutions.

What a functioning legal machine looks like to me in this case, and I don’t necessarily think that this is a radical interpretation at all, is that fully trained legal counsel who’s able to spend very thorough time to research and present the case as best as they possibly can on both sides comes before the court. The judge fully informed is able to make a thorough and reasonable decision and good precedent is made resulting in good change in the law.

Without funded counsel, you’re going to have inexperienced volunteers like myself who can only step in for a moment, and not to undersell myself but my job cannot be as polished as it should be without expertise. Good law comes from thorough research and work and attention to detail and thinking about all of the potential consequences. It doesn’t come from self-represented individuals who can’t make a good case or volunteering lawyers who have only done one or two pages because they can’t afford to become expert in the area.

This work is slow and incremental. There is nothing particularly glamorous about arguing habeas law, nothing that would make a great courtroom movie, or that the public would be intrigued by. But this is also how the work of justice gets done.

For Garson, the hundreds and thousands of pro bono hours she puts into these cases may one day yield a decision that changes how these cases are heard. And it’s work that begins simply by showing up.