You are here: Home / Featured / Halifax student Brody Stuart-Verner called the Lancaster, Pennsylvania police department to protest the tasing of Sean Williams; soon after, two people from Lancaster called Stuart-Verner back and hurled homophobic slurs at him

On June 28th, Sean Williams was sitting on a curb in Lancaster, Pennsylvania when a police officer fired a stun gun at his back. 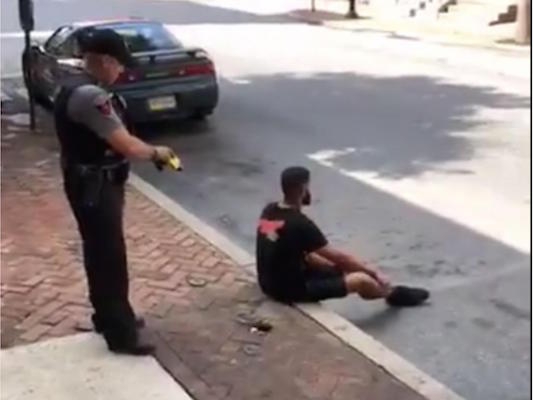 “I thought it was sickening and inhumane,” Stuart-Verner says of watching the video. “It was especially startling because he was sitting on a sidewalk not even doing anything.”

A campaign on social media encouraged viewers to contact the Lancaster City Bureau of Police and complain.

This police officer in Lancaster, Pennsylvania should be fired immediately. After he is fired, the District Attorney should immediately press charges for criminal assault.

What he did here is completely illegal.

This man was compliant, calm, unarmed, and non-violent. pic.twitter.com/kJCjzAoBiE

“I wanted them to be aware that people are watching and people care,” says Stuart-Verner. “And that people know that what the police are doing is wrong. As a white person, I think it’s important that we use our voices to speak out against racism and police violence.” 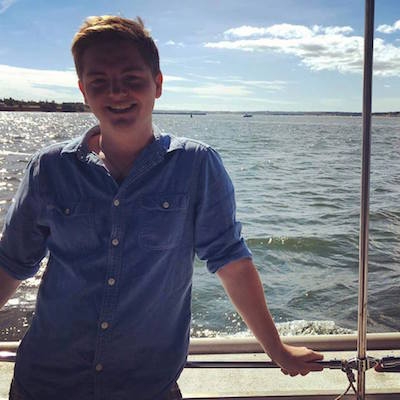 Stuart-Verner called the Lancaster police department. As the phones were busy, he entered an extension number and reached the voice mail of a female officer.

“The message I left was a very strong criticism of what I saw as totally reprehensible behaviour. In my message I said something along the lines of how we are seeing this video in Canada, and how troubling the behaviour of American police is,” he recalls. “But my message was non-threatening, and there were no personal attacks or name calling or anything like that.”

Stuart-Verner left his name and number in the message. He didn’t expect to hear anything further.

On July 6, the evening of the same day Lancaster mayor Danene Sorace announced the officer would not be fired or suspended, Stuart-Verner woke up to three voicemails that had been left on his phone while he was asleep.

The voicemails are from a man and a woman. While one number was restricted, the other two voicemails trace back to a Pennsylvania number (area code 484). Stuart-Verner does not know anyone in Pennsylvania, and the only occasion he can think of where he left his number for anyone in the region is in the message he left for the female officer with the Lancaster police. He says he did not comment on the case anywhere on social media or on news sites.

You should probably get the facts before you comment on the video you saw. You’re ignorant. You should probably get the facts. Stay in your country. Mind your business. If you have issues, then you can come to the United States to investigate whatever you think is going on, but otherwise, stay in Canada and mind your business and keep getting the D [slang for dick] that you’re getting.

The voicemails can be heard on Brody Stuart-Verner’s Facebook page, here.

“When I woke up in the evening to these voicemails I was truly terrified. I’m not kidding when I say I was shaking. I was not sure if the person calling was in Halifax, outside my apartment. Until I figured out where the calls were coming from I was genuinely scared,” Stuart-Verner recounts:

When I looked the number up and I realized it came from Pennsylvania and I put the pieces together, I was in a state of disbelief. I had to message people and say, “could this be?” because I was so shocked that police would do this.

In being shocked about that, all I could think is, if this is how they’re going to treat someone outside their borders in another country, how are they treating people in their own community, such as Sean Williams, who appears to have been unjustly brutalized? What happened to me was chilling and exemplifies the fact that many police officers believe they can harass and intimidate with impunity.

Stuart-Verner posted the messages on Facebook, and then began to tweet at the mayor of Lancaster and at news agencies that covered the original stories, as well as at the Lancaster police themselves. “I wanted to know if people would be as shocked as I was by these messages,” he says. 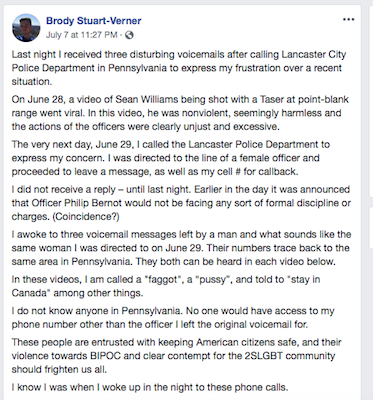 Stuart-Verner also reached out to Sean Williams’ lawyer Brian Mildenberg. Mildenberg has lodged an official complaint with the Attorney General of Pennsylvania. Part of the complaint reads:

He feels threatened and is very concerned by these discriminatory, misogynistic, homophobic voicemails. If these voicemails were left by a police officer or governmental employee, such an individual would not be appropriate to act as a law enforcement officer. My client requests an investigation by the Office of the Pennsylvania Attorney General. 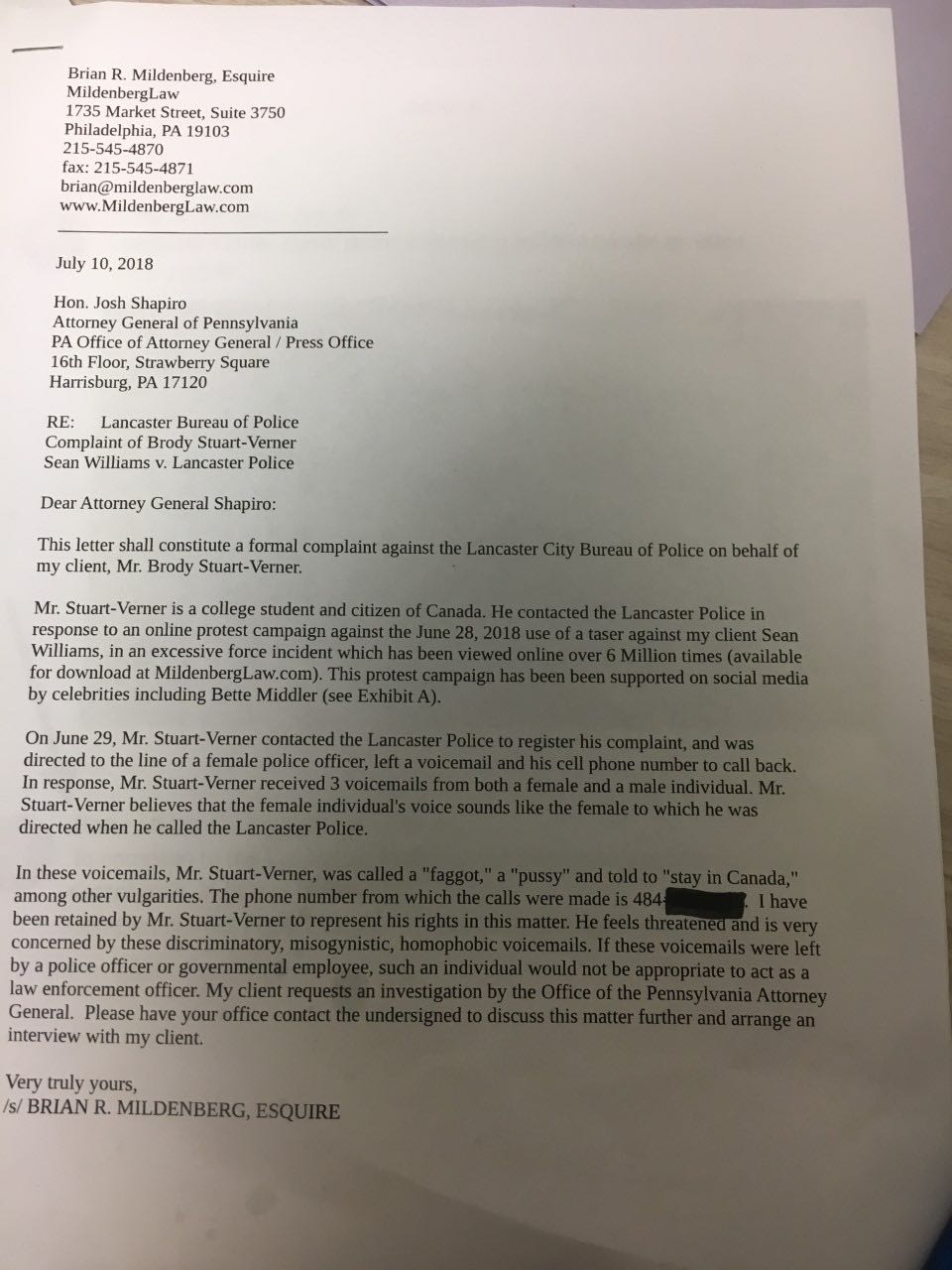 If it’s true that those messages were left by a member of the Lancaster police, then the public should be aware that the Lancaster police are engaging in inappropriate, offensive, homophobic and misogynistic conduct towards individuals who are simply protesting the excessive force used upon Sean Williams when he was tased for no reason while peacefully seated on the curb.

Stuart-Verner was also able to speak with Sean Williams. “It was encouraging to hear his voice,” he says, “and that he’s courageously seeking justice for his case.” Stuart-Verner says he was most moved by the fact that Williams “expressed concern for me and my situation, even as he deals with the effects of this horrific brutality and racism.”

Stuart-Verner never expected to play a role in a case of racial profiling and police brutality. Like many white Canadians, he says, he grew up unaware of issues of racism. “Hearing these voicemails, and their brutal attacks on me simply for being from Canada really brought home to me the violence Black people deal with on a daily basis from these same police,” he reflects.

While Stuart-Verner is shaken by the homophobia expressed in the messages, he hopes that people listening to his story remember where this conversation began.

“This happened because I responded to an instance of police brutality towards Sean Williams, a Black man in Pennsylvania. I don’t want anyone to forget that.”

“It’s happening everywhere, including in Canada.”