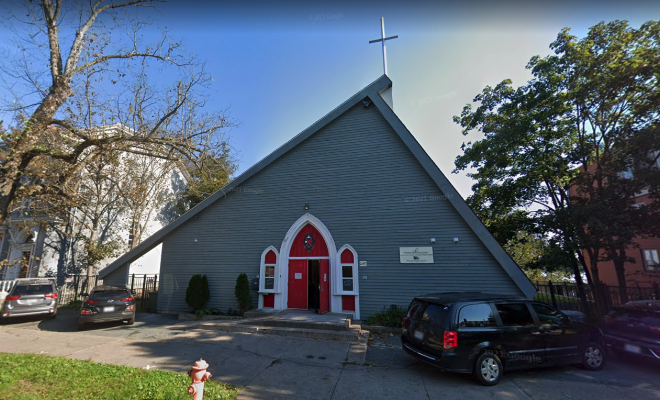 The province is spending $195,000 to extend the operation of an overnight emergency shelter in Halifax for another three months.

On Thursday, the Department of Community Services announced it will pay to add 25 new overnight beds to the Brunswick Street Mission in downtown Halifax. These beds will be available nightly from April 1 to June 30, replacing the temporary shelter that operated out of the Halifax Common Pavilion for the month of March.

“Cool weather still exists, and [we’re] making sure that those in need in this community would find a shelter,” she said. “And not feeling that they’re in a precarious situation from night to night.”

Although funding has been renewed, the shelter must move locations as HRM prepares to replace the Pavilion building as part of an upgrade to the Common’s swimming facilities. Now, the province is spending far more to staff and operate the new shelter, though it will have the same number of beds.

At the Pavilion, the province paid $30,000 to staff the shelter through March, but Halifax Regional Municipality covered operational costs like heating, maintenance, and cleaning. According to an HRM spokesperson, those costs totalled $5,420. HRM also owns the Pavilion and allowed the province to operate the shelter rent-free. 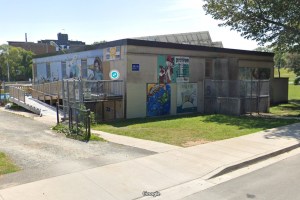 The Pavilion on Cogswell Street will be turned into an overnight shelter for the month of March. — Photo: Google Streetview

The Brunswick Street location will cost the province $65,000 a month, with no funding from the municipality. Broken down, it will now cost $2,600/month per bed, whereas the total cost per bed at the Pavilion was just over $1,400/month.

MacFarlane chalked up much of the increased cost to the new location.

The Brunswick Street Mission offers services to people experiencing poverty, but isn’t designed to provide shelter, so the province is spending $10,000 to renovate the building. The province will also spend $19,000 to provide breakfast and snacks, plus $23,000 to use the space and its services, like laundry and kitchen appliances.

But the majority of the increased budget will be spent on staffing, MacFarlane said.

Whereas the Pavilion cost $30,000 to staff for one month, the Brunswick Street location has allocated $47,000 each month for staffing costs. Part of the staffing budget will now pay for cleaning, something HRM spent $1,200 on at the Pavilion. For shelter support, the province has contracted the same service provider, 902 Man Up, but has increased staffing levels for security.

Given that the average rent for a two-bedroom apartment in Halifax at the end of 2021 was less than $1,400/month, the Examiner asked MacFarlane if the province had looked at spending an equal amount of money on more permanent housing. She said that remains the long-term goal, but there aren’t many options right now.

“It goes right back to just having attainable housing. That’s what’s creating this bottleneck for us, right?”

Halifax’s vacancy rate is currently 1%, the lowest in Canada, and the shelter system in HRM has become stagnant, with more residents staying long-term as they’re unable to move on to more permanent housing.

“Obviously our goal is always to find permanent housing for individuals,” MacFarlane said. “The reality that we’re facing is that there is a colossal shortage of affordable housing in our province.”

MacFarlane noted the province is spending $35 million to develop 1,100 new affordable units in Nova Scotia – 373 affordable units were just announced in Dartmouth – but the need for immediate shelter is dire, and she’s looking for creative ways to address it.

“I’m more than willing, and accessible, to speak to anyone that has ideas about providing shelters.”

Eric Jonsson, who works with the Navigator Street Outreach program in Halifax, told the Examiner he thinks a new permanent shelter has now become necessary in Halifax. He’s happy the shelter will remain open at least three more months, but still thinks the location is too temporary.

“I’d just be curious if Halifax or the province was thinking about trying to actually open up another shelter because I think we do need more beds. As much as I don’t want to add another shelter – because shelters are not the answer – the Pavilion and Brunswick [Street] Mission are not ideal because they’re just wide open spaces. It’d be nice to have something more purpose-built.”

When July comes, the province will consider renewing funding for the shelter beds.

Derek Pace, executive director at Brunswick Street Mission, told the Examiner it’s too early to tell if his organization would offer its space again should the funding be renewed, but he and his staff are happy to help where they can.

“It’s an opportunity to fill a gap in the community. And we have the space to do it…So it’s the right thing to do. And we feel really, we feel good about it.”