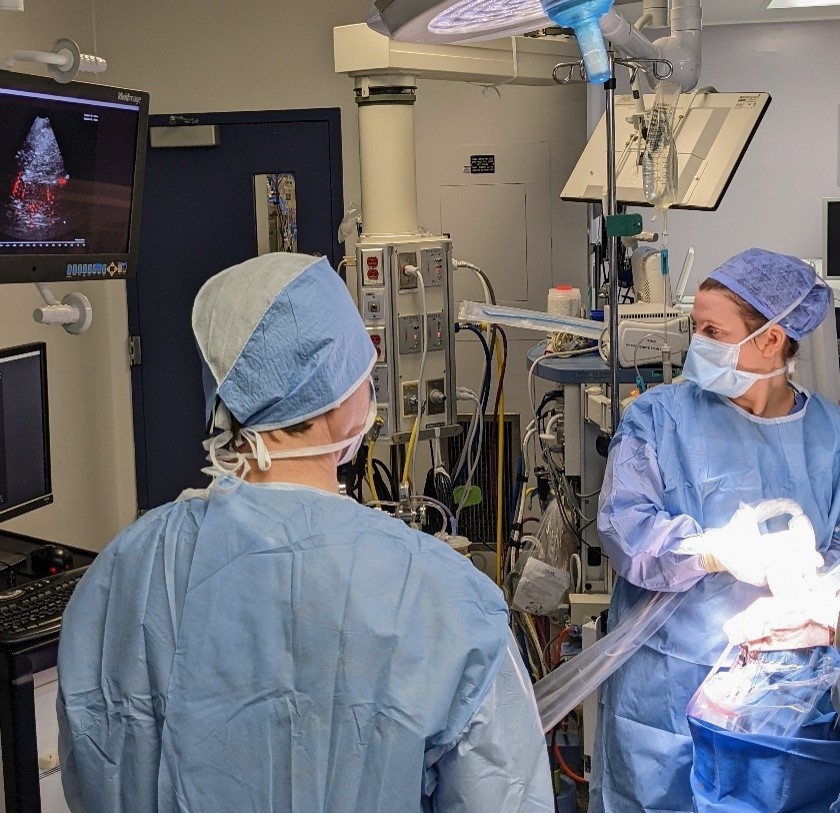 A Nova Scotia researcher’s ultrasound device and accompanying tool with the potential to revolutionize brain and cancer surgeries and treatments have their roots in a beloved mentor’s brain cancer death.

The tool, about 3mm by 3mm, uses an “ultrafast” imaging platform that enables surgeons to see brain tumours with 10 times the resolution of conventional imaging.

“Eventually, these kinds of precise images could allow surgeons to adapt surgical plans on the spot, if needed, and provide a reliable way to confirm all cancerous tissue has been removed in the operating room,” the media release states.

Brown and his team build all their own devices and electronics. In an interview, Brown said what separates his ultrasound technology from others is that he and his team are “very, very good” at miniaturizing ultrasound probes with “extremely” high resolution.

“It can fit down a surgical pathway because it’s about the same size as all of the surgical tools.” 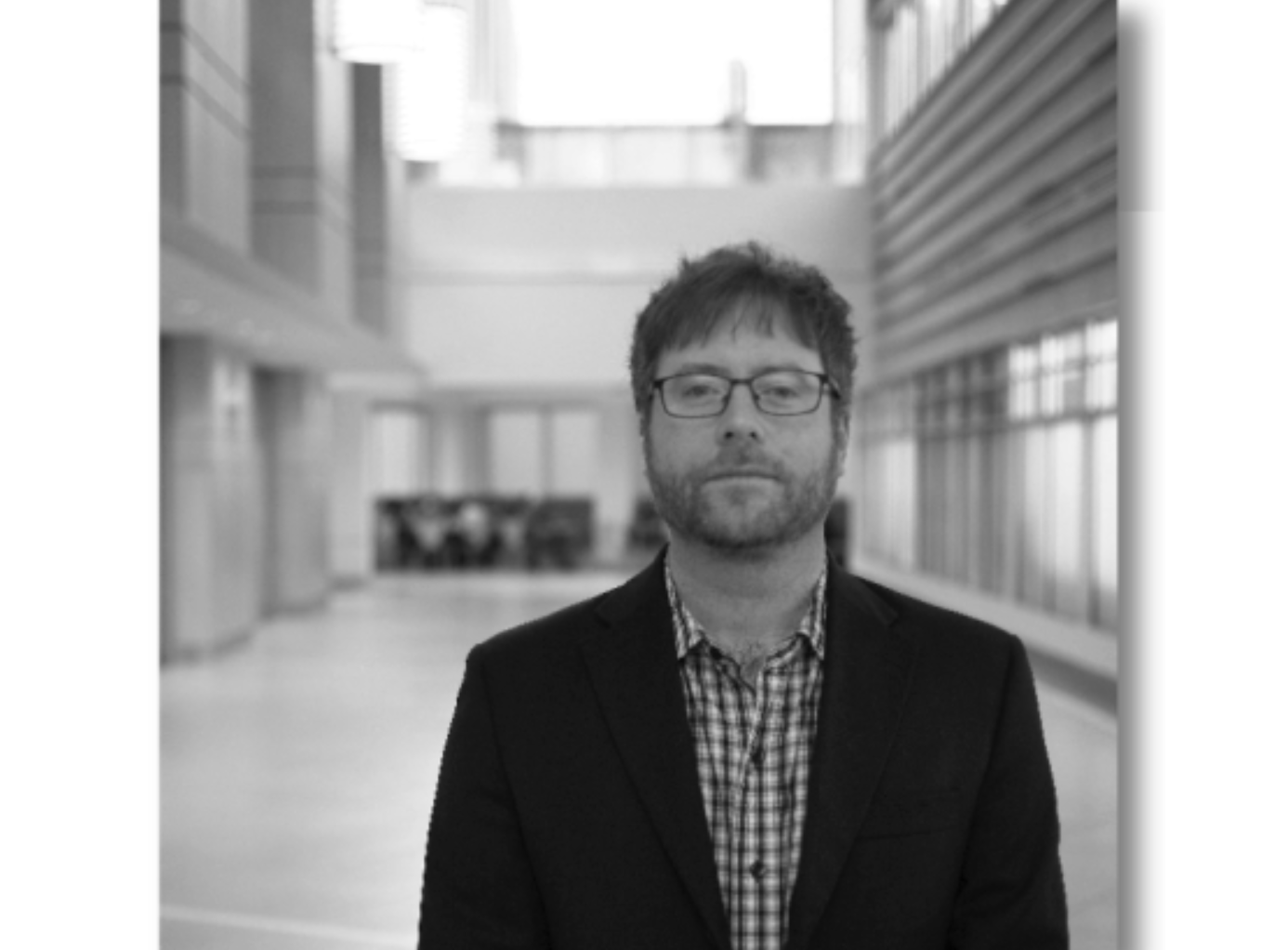 Brown said the probe is perfect for surgeons performing minimally invasive surgeries requiring a small access port (a tiny hole in the skull, for example).

“It can go in there and actually image things like brain tumours or aneurysms and guide the surgeon, seeing if they’re (at) the right artery in an aneurysm surgery, or seeing how much brain tumour’s left,” he said.

The endoscopic imaging probe was used in its first two in-human surgeries in April at the QEII Health Sciences Centre. One was a brain tumour resection, and the results of that surgery yielded exciting results for the researchers.

“In our first brain tumour surgery, it was quite easy using our very high resolution ultrasound to differentiate tumour from healthy tissue,” Brown said.

“That was going to be the big, big question. ‘Does it look different than the healthy tissue?’ and there’s a very, very stark contrast between the two tissues, so we’re really excited about that.”

The second surgery was also a success and involved closing off a brain aneurysm. Brown said when thinking about how that works, it helps to picture an aneurysm as similar to a balloon popping out the side of an artery. It needs to be clipped before it bursts and bleeds all over the brain.

“You have to be absolutely sure that you’re clipping it in a certain way so that you’re not blocking any downstream arteries, all these branches. The neat thing about the probe is it visualizes blood flow very, very well,” Brown explained.

“So now we can put our probe in and then can visualize where all the arteries are. This allows the surgeon to very confidently clip the aneurysm and find all those arterial branches.”

While they’ve not yet performed one, Brown and his team also have ethics approval for surgeries involving acoustic neuromas ⁠— tumours that grow on the auditory nerve of the brain stem.

Brown said resecting these tumours tends to go very quickly at first, but becomes more challenging towards the end.

“Think of it like carving away the tumour and then eventually you get towards the back of the tumour,” Brown said.

“Because they’re growing near very, very sensitive things like the auditory nerve, the facial nerve, even major arteries, it’s very, very challenging to do that last few millimetres of tumour because you don’t know how close you are to the nerves.”

Brown said surgeons have explained that those last few millimetres require the use of an electrical stimulator. Based on a face twitch or other clues, they can determine if they’ve stimulated the nerve. But it only tells them if they’re within five to 10 mm, so the remainder of the surgery can take hours as they slowly and meticulously remove tissue.

“The idea with the very high resolution ultrasound probe is that you can go in there and when you start stimulating the nerve, you take this probe right up to the edge of the tumour,” Brown said.

“Then you can visualize exactly how far you are from the nerve and then you can very confidently remove the rest of the tumour because you know where you are relative to the nerve.”

When Brown began his own research program at Dalhousie University, he was developing technology similar to that of his former PhD supervisor Dr. Geoff Lockwood, a pioneer of high-resolution ultrasound technology.

Brown said Lockwood was “one of the best” and he was fortunate to have learned from him. While the technology Brown began developing was similar to that of his mentor, he put his own signature “twist” on it, miniaturizing the very small smart devices.

Lockwood died of a glioblastoma brain tumour in 2015 at the age of 53. Brown recalled how shortly after his brain surgery, Lockwood told him he had about two years left to live.

Brown was stunned because at the time, his mentor and friend seemed fine.

“But it just always comes back. They do really well for a couple of years but then eventually the tumour comes back in one, two, five years,” Brown said.

“How many years you get is highly dependent on how accurate it is resecting the tumour.”

He described Lockwood’s death as devastating.

“Then I really started developing this device as a tool to allow surgeons to now during the surgery say, ‘Oh, there’s a little bit of tumour left there that we should resect’ or ‘We’ve got it all so we’re good to finish up here,’” he said.

Brown and his team have taken things a step further. They’ve also developed an additional piece of technology that serves as a therapeutic tool for the probe.

Referred to as tumour ablation, studies have shown this kind of vaporization initiates an immune response that clears out remaining tumour cells, an exciting development that Brown said they’ve also observed in their own animal studies.

“When you ablate tumours, it generates or stimulates the immune system to go in and sort of attack the rest of the cancer so it’s a really, really interesting technology for a lot of these cancers where they always come back,” he said.

“Now you don’t actually have to get all the cancer cells. You can get part of it and then get the body to take care of the rest is kind of the idea.”

Although this new type of ultrasound ablation technology has been used in “very large” devices and is undergoing clinical trials in the US, Brown said the miniature size of his technology makes it stand out.

“I think the future of treating things like glioblastoma is this combination of therapies,” he said.

Brown and his team hope to eventually use the probe and the ablation tool in combination. He said in real time, it would allow surgeons to see a tumour in high resolution, which they could then vaporize with ultrasound.

“That’s the dream, and we’re doing that right now pre-clinically on rats and mice,” he said. “Eventually we hope to bring this in as a way of really precisely removing all that residual tumour.”

Brown said that although their ultrasound probe is the smallest and therefore opens up many new possibilities, other such probes do exist. The combination of the probe and the therapeutic tool, however, is unique and his team is excited.

“I think that the combined device could potentially be a revolutionary tool,” he said

“Every day pretty much somebody says, ‘This is like science fiction.’ And it really is.”

Brown said their work was accelerated by Atlantic Canada Opportunities Agency (ACOA) funding, and there are future plans to adapt the ultrasound probe for spinal surgeries.

He and his team are also working with commercial partners to ensure the technology has a “broad impact.”

“We’re doing things that are world-leading, next generation right here in Halifax,” he said.

“So the conventional thought that you have to go to Toronto or go to the US to find this technology? I think that’s kind of old news because we’re doing amazing things right here.”