1. Police and Black people in Halifax

The police murder of George Floyd is highlighting what Black people have known forever: there is too much policing.

On Tuesday, Sarah Dobson drew our attention to the Halifax case of Rodney Small, then a 15-year-old living in Uniacke Square. An appellant court ruling explained the (alleged) situation:

Constable [Donald] Stienburg has been a member of the Halifax Police Force for 8 years.  On October 17th, 1993, he was standing near his police vehicle on Brunswick Street in Halifax with a young man whom he had just arrested, and who was to be charged with car theft. Previously, there had been a pursuit of a stolen van occupied by “five non-white males – young kids” as they were described to Constable Stienburg in a radio transmission. Constable Stienburg was in the vicinity of the pursuit, and, as a result of his participation, one of the young men was arrested.

While Constable Stienburg was waiting for “back-up”, the appellant [Rodney Small] came on the scene driving a bicycle. Constable Stienburg testified that the appellant, who appeared to be in complete control of his bicycle, “cut directly across the street…..and drove right into my legs with the bike, without stopping, and started yelling at me …..He was trying to push me away from the person I had arrested and was very concerned about the person I had arrested …..  He was pushing me with his shoulders and his arms away from the accused that I had arrested”.

He further testified that he could not move to avoid the appellant’s bicycle because he had the young man, who had been arrested, in a neck restraint.

Small, represented by Rocky Jones, was tried in Youth Court, before Judge Corrine Sparks, the first black judge in Nova Scotia. Sparks found Small not guilty, and in her ruling noted:

The Crown says, well, why would the officer say that events occurred the way in which he has relayed them to the Court this morning. I’m not saying that the constable has misled this Court, although police officers have been known to do that in the past. And I’m not saying that the officer overreacted but certainly police officers do overreact, particularly when they’re dealing with non-white groups. That, to me, indicates a state of mind right there that is questionable.

I believe that probably the situation in this particular case is the case of a young police officer who overreacted. And I do accept the evidence of Mr. S. that he was told to shut up or he would be under arrest. That seems to be in keeping with the prevalent attitude of the day.

At any rate, based upon my comments and based upon all of the evidence before the Court I have no other choice but to acquit.

But this was too much for the crown, and crown attorney Robert Lutes appealed Small’s acquittal to the Court of Appeal, with Justices Ronald Newton Pugsley, Gerald B Freeman, and John Edward Flinn presiding. In a split decision written by Flinn (Freeman dissenting), the court ruled that:

From the general proposition that “police officers overreact when they are dealing with non-white groups”, the Youth Court Judge concluded that Constable Stienburg overreacted. She then accepted the appellant’s evidence that Constable Stienburg told him to “shut up or he would be under arrest,” because “that seems to be in keeping with the prevalent attitude of the day.”

There was no evidence before the Youth Court Judge as to what was the “prevalent attitude of the day”; nor, indeed, was there any evidence as to why Constable Stienburg overreacted.

The unfortunate use of these generalizations, by the Youth Court Judge, would, in my opinion, lead a reasonable person, fully informed of the facts, to reasonably conclude that the Youth Court Judge would consider the important issue of credibility in this case, at least in part, on the basis of matters not in evidence; and, hence, unfairly.

The issue then went to the Supreme Court of Canada, as Dobson notes, “not because of how the 15-year-old boy was treated by police, but because of how a black judge commented on the systemic overreaction of police to non-white groups (in very mild terms, too).”

But the Supreme Court ruled that ultimately Sparks was correct in noting the social context of the arrest.

Where are these folks now?

Rodney Small is still living in Halifax, reports Alex Mason for the CBC:

In his biography, [Rocky] Jones says of his teenage client and the Supreme Court hearing: “This young kid had no idea what was going on, no idea how significant this was, around this really simple thing of him confronting a cop. R.D.S., Rodney Small, he is the hero of this story.”

The cop, Donald Stienburg, is now a staff sergeant with the Halifax Regional Police. Last year, he was paid just over $145,000.

The Crown attorney, Robert Lutes, is a well-respected legal scholar, and is co-author of a standard text used in law schools, A Guide to the Youth Criminal Justice Act, 2020/2021 Edition. 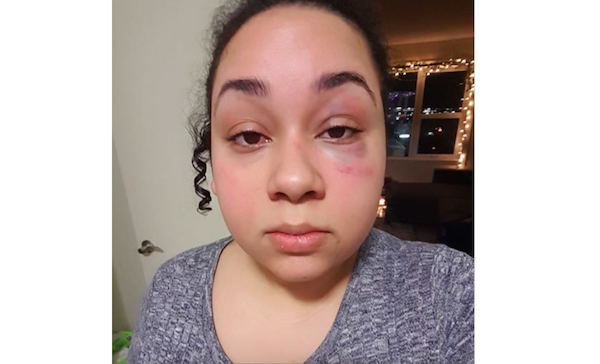 As important as the Rodney Small case is, it’s just a data point in a much broader sweep of interactions between cops and Black people in Halifax, which leads right up to the present with street checks and the Santina Rao case.

2. Stephen McNeil says get to work 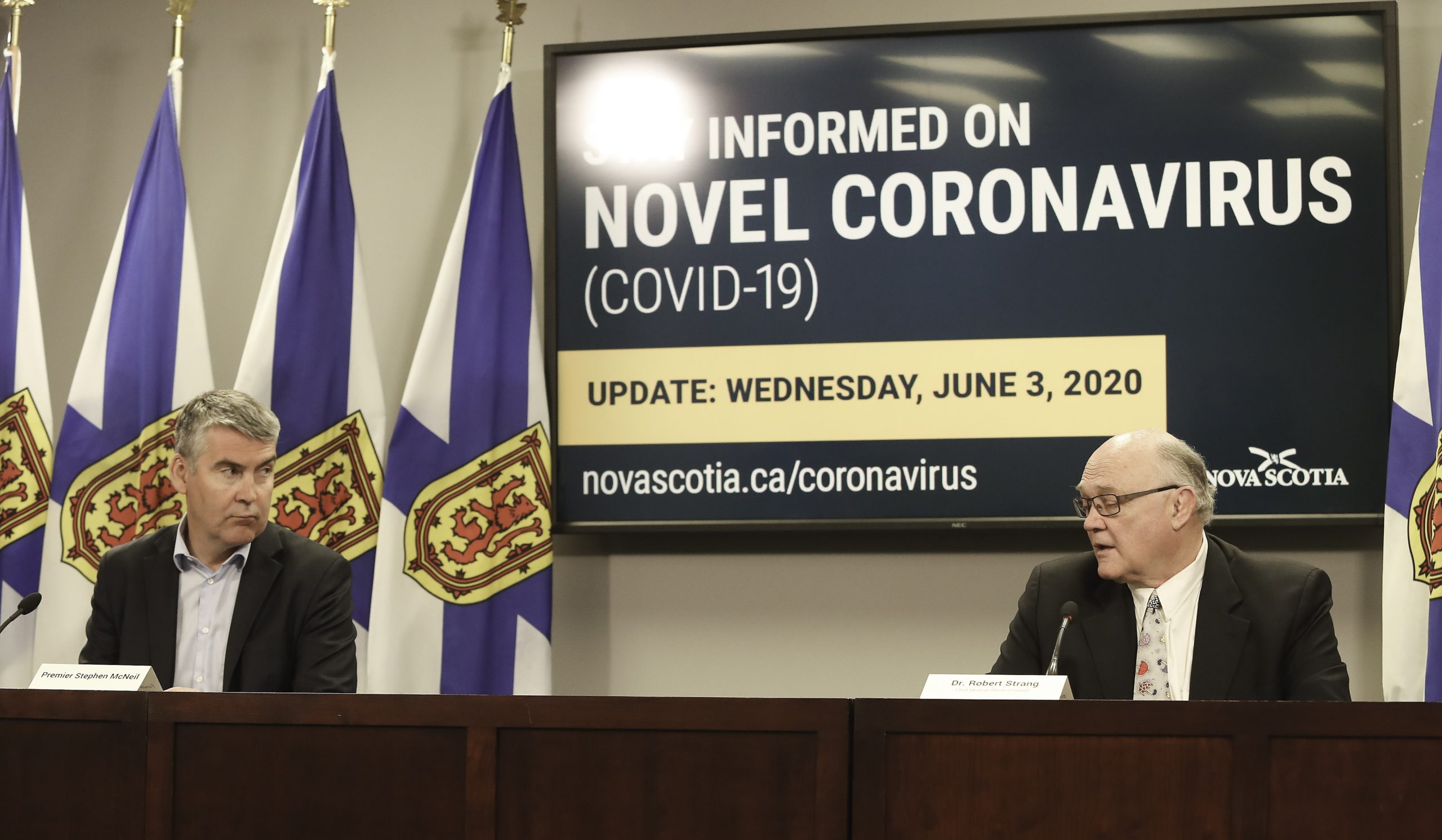 There was just one new case of COVID-19 in Nova Scotia announced yesterday, and that was someone who had returned to the province and had responsibly self-isolated for 14 days, and so any further spread is unlikely.

There have been zero or just one case announced daily for the last six days. And so, reports Yvette d’Entremont:

The province’s COVID-19 media briefing on Wednesday was heavily focused on Friday’s reopening of services like salons, barber shops, spas and dine-in restaurants shut down since March.

The premier was asked a question about employees refusing to go back to work because they’re earning more on the federal government’s Canada Emergency Response Benefit (CERB). Katie Hartai of News 95.7 asked McNeil how small businesses are supposed to deal with the issue.

[Stephen] McNeil described it as one of the challenges he’s heard from small business owners across the reason, adding the province has communicated that to the federal government. He encouraged Nova Scotians to return to work rather than continue on the CERB program, continuing:

It’s certainly been challenging that when people are receiving more income to stay home than come to work, people are making that choice to stay home. We’ll see our way through this. I strongly encourage all Nova Scotians to take the opportunity to go back to work. While it may have a short term impact, your hard work and effort in the businesses that you are working with will determine the long term future of that business and quite frankly your long term employment. Let’s not look about this in the short term. Let’s look about this in the long term. And every business needs its employees to go back to work, to help with the viability, and that means that business will be there for years to come and not just for the next few months when we know that CERB program is going to run out.

The maximum CERB payment is $500/week, so while many people might have concerns about workplace safety and contracting the disease on the job, from a strictly financial point of view, CERB isn’t much of an incentive to avoid going back to work. Besides, the supposed reverse incentive is, well, bullshit:

If you have been temporarily laid off and your boss asks you to go back to work and you say no, then you’re essentially quitting your job, which means you can no longer receive CERB. Full stop. “If an employee refuses to return to work if the workplace is safe, they are effectively quitting their job and they wouldn’t be eligible for CERB,” says Heather Cameron, a senior associate lawyer at Norton Rose Fulbright Canada.

So it’s a bullshit question and a bullshit answer, but the exchange does underscore a very stark reality for a lot of workers: they get paid shit wages.

Minimum wage is $12.50 in Nova Scotia. If you break the CERB payment out to a 40-hour work week (I recognize that people who worked fewer hours also collect it), it’s $12.55/hour. Whoop-de-doo.

Meanwhile, an actual living wage in Halifax is $19/hour.

What the CERB is demonstrating is that we can actually provide something like a guaranteed income (recognizing that it misses many people) to help people when they need it. We should continue this beyond the COVID shutdowns, such that people will know they’ll have money coming in should they need to take time to care for a loved one or to go to school or as fallback should a business enterprise fail.

And yes, there would be an incentive that’s not bullshit: the incentive for employers to pay better wages. 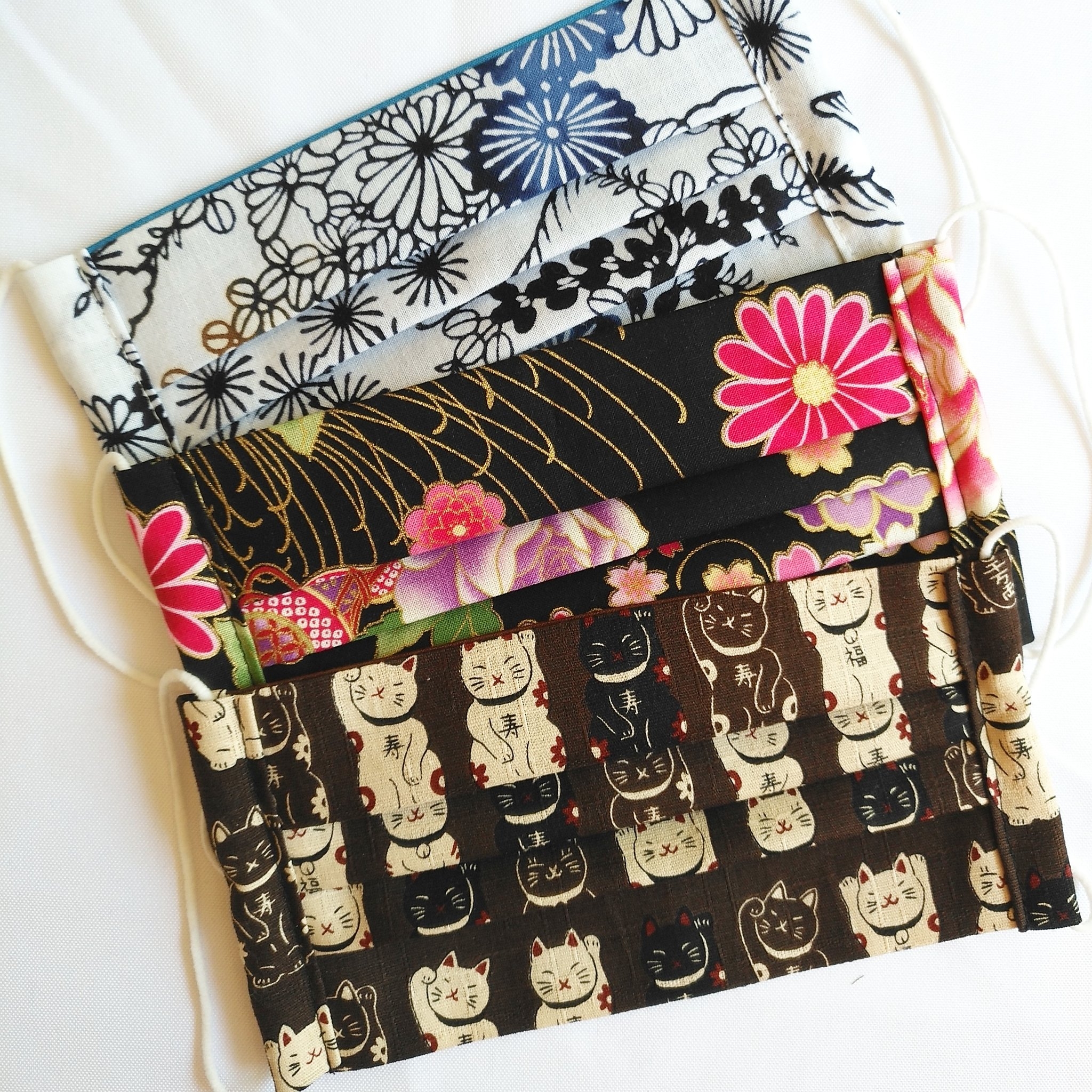 Masks made by Miyako Ballesteros, co-owner of The Ikebana Shop. Photo: Twitter

Philip Moscovitch spoke with a couple of people who can’t wear masks for medical reasons, and then asks:

Do businesses in Nova Scotia have the right to compel customers to wear masks?

In an email, Department of Health and Wellness spokesperson Heather Fairbairn repeated the advice that people consider wearing non-medical masks in places where distancing is difficult. She added, “Businesses have the right to set policies for their operations. Operators should be aware that wearing a mask may not be appropriate for some individuals and, in such cases, consider alternatives, where possible.”

A follow-up question on whether businesses have the right to prevent entry from people not wearing masks went unanswered.

Click here to read “For some people, wearing a mask is ‘a unique kind of claustrophobia.'” 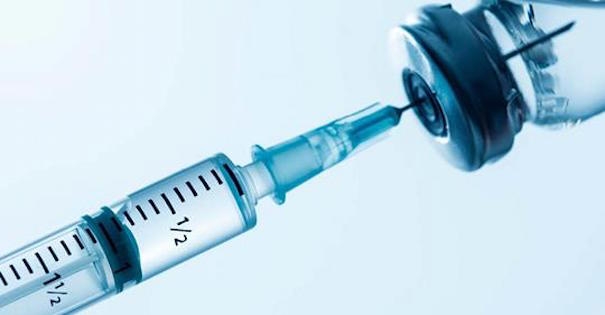 “If and when a COVID-19 vaccine is developed and made available, how many Canadians intend on vaccinating their children?” reports Yvette d’Entremont:

That’s the question Halifax researcher Christine Lackner says we need to answer in order to better understand whether we can meet the minimum 80% threshold required to achieve herd immunity.

The Mount Saint Vincent University psychology professor is conducting a national survey study on the health intentions of Canadian families if/when a novel coronavirus 2019 (SARS-CoV-2) vaccine is available. Children are less likely than adults to be COVID-19 symptomatic, increasing the possibility of them unknowingly transmitting the virus. Lackner said that’s one of the reasons why it’s essential to gain an understanding of parental intentions regarding vaccination.

Although parents are the driving force of the anti-vaccination movement, Lackner stressed she’s keen to hear from parents who are both pro and anti-vaccination. She’s  especially interested in responses from those who are currently on the fence about vaccination.

Click here to read “If and when a coronavirus vaccine is developed, will people vaccinate their children?”

I’m late today, and overwhelmed generally, because the podcast goes out into the world on June 17, and I still have a ton of work to do on it.

*Correction: Judge Sparks is not retired, as was originally posted, and we apologize for the error.