1. Downtown, the waterfront, and Armageddon

Canada Day is of course a very big deal this year, so I was wondering what is going on. Unfortunately, the city’s Canada Day website is confusing: on the Events page, it lists the Tattoo as the one and only community event on Canada Day: 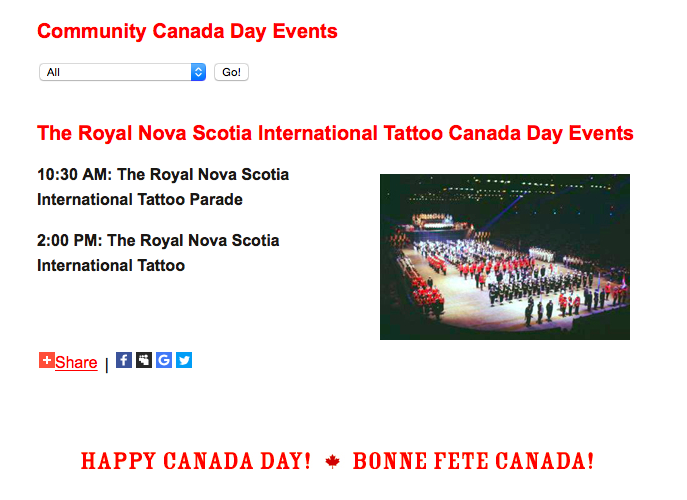 Thinking that can’t be right, I went to the pull-down menu and chose various selections, starting with “beer garden”; here’s what I got:

When I was in Berlin, I visited a beer garden that had a playground in it. It was great — the kids see-sawed and swung and made noise and such, while the parents sat off at a comfortable distance drinking beer and having adult conversation. As far as I was concerned, it was a satisfying arrangement, but I wonder if Halifax is ready to have all-day children’s programming in a beer garden. Maybe! Probably not. Probably just no one tested the website.

And wondering about fireworks, I got this:

I doubt that’s right either. The more reliable events listings at The Coast tell me there’s a concert on the Common from 5pm to 11:30pm, with fireworks after.

It took me a while, but I finally found a March 28 city staff report to council written by Elizabeth Taylor, who is the Manager of Culture and Events at City Hall. (How great is it that we have a “manager of culture” named Elizabeth Taylor?) Taylor basically told council that fireworks on the waterfront are nixed this Canada Day because they want to try that whole concert-on-the-Common thing again, because, and I’m not kidding here:

Successful history… of what? Huh? Who? Where am I? Is this drug publicly available, or is this a special Elizabeth Taylor-only LSD? (If you’re new to town, read this.) A fuller explanation:

The newly designed festival event will begin at noon and last until midnight at the Halifax Central Common. There will be one main stage for the evening concert featuring a line-up of nationally recognized Canadian talent, and a second stage programmed during the day showcasing local multi-cultural performances as well as enhanced family and children areas. A major component of the evening will be the fireworks show planned to be released over Halifax’s National Historic Site – Citadel Hill. The view planes from the Commons make it possible to see the entire fireworks show without having to leave the event site and move to the waterfront. This event plan provides something new and exciting to commemorate Canada 150 and maximizes the audience experience on site and in the surrounding areas. With four fireworks shows currently planned for the Halifax Waterfront during the summer, including the Natal Day Harbor Fireworks Show, citizens will have many other opportunities to enjoy the popular harbour location.

The view planes from the Commons make it possible to see the entire fireworks show without having to leave the event site and move to the waterfront.

Of course, the view planes from Citadel Hill to the waterfront mostly no longer exist because of the Nova Centre, so this is a sort of weird “take these crumbs” kind of comment. This staffer has some attitude; I wouldn’t want to meet her in a dark alley. 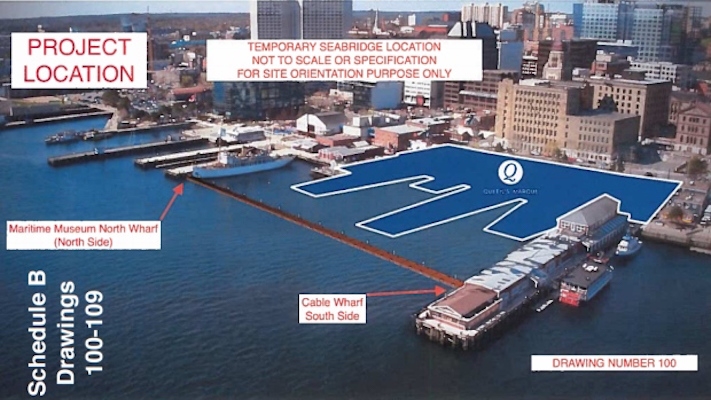 The floating boardwalk that doesn’t exist.

The larger context is explained by Elizabeth McMillan, reporting for the CBC

It will be weeks before a floating boardwalk will allow pedestrians to bypass a busy construction site on Halifax’s waterfront, even as thousands of cruise ship passengers are expected to flood the downtown core this month.

The Waterfront Development Corporation said Monday it hopes to have the temporary bridge in place by Canada Day, but it could be another three weeks before it opens.

So we can’t do Canada Day 150 on the waterfront because Waterfront Development was insistent on forcing that Queen’s Marque project on us so quickly that it couldn’t wait until after Canada Day to start construction. Or, alternatively, it screwed up the planning for the floating boardwalk, which doesn’t exactly look safe by my untrained eyes in any event: can you imagine some drunken American tourists crossing it in a typical nor’wester?

But of course thousands will descend on the boardwalk anyway because it’s the boardwalk and that’s what people do. And because there will be another attraction: an Armageddon machine in the harbour. 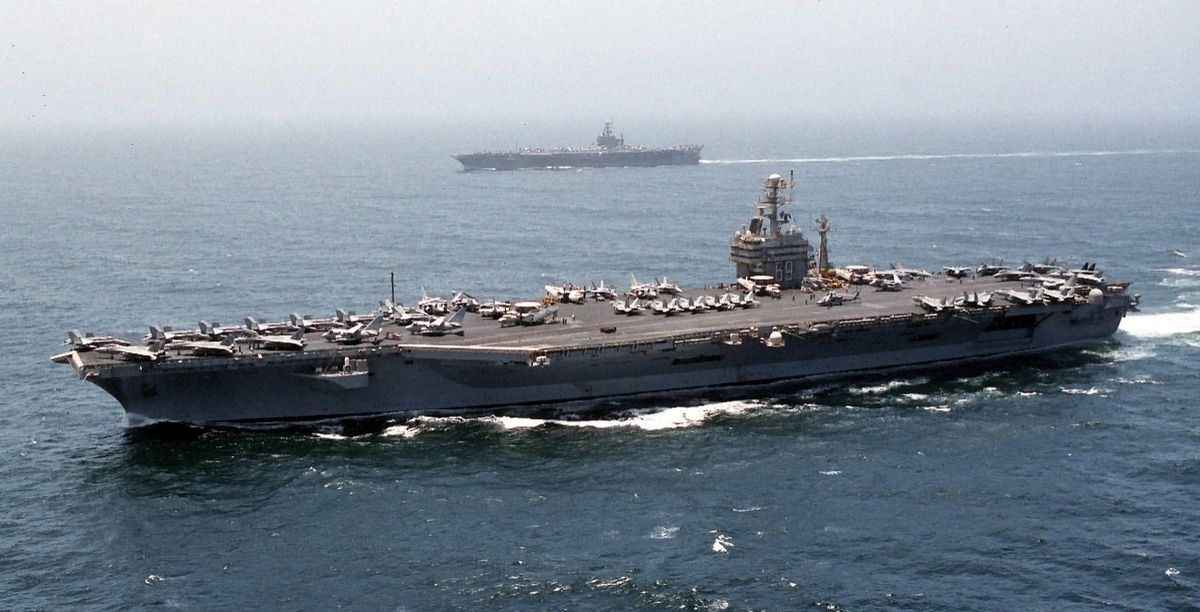 The USS Dwight D. Eisenhower will anchor off McNabs Island for Canada Day.

I’ve been hearing rumours for months that a U.S. nuclear aircraft carrier will pull into Halifax for Canada Day, but I haven’t been able to confirm them. Both the U.S. and Canadian Navy declined to respond to my inquiries. I even sicced reporter Chris Lambie on the rumour, with no results. Yesterday, however, Peter Ziobrowski posted that the USS Dwight D. Eisenhower will come and anchor at Anchorage 1, which is just to the north of McNabs Island. Aircraft carriers anchor out there because they’re too big for any of the piers at the dockyard. Lambie tells me that that’s where another U.S. carrier anchored 15 or 20 years ago, when a drunken sailor fell off the boat, his body never recovered.

I can’t stress enough how big this thing is. It’s three football fields long. It holds 90 aircraft. There could very well be 5,000 people on it.

So figure an aircraft carrier and up to six support ships, with maybe ten thousand U.S. sailors roaming around the waterfront and downtown.

This is where I say we shouldn’t allow nuclear aircraft carriers in our harbour, and where a bunch of readers call me a stupid communist because there’s nothing unsafe blah, blah, blah. But make no mistake: this boat has nuclear weapons on it. The U.S. won’t say where it deploys nuclear weapons, but there’s no chance at all that a Nimitz class nuclear carrier doesn’t have them on board. We could (and should) argue about the safety of both the nuclear generator that powers the ship and the nuclear bombs on it, especially in this centennial year of the Halifax Explosion, but barring utter destruction of the city, the real concern is symbolic. To his credit, Mayor Mike Savage has joined Mayors For Peace, which seeks to rid the world of nuclear weapons. Nuclear weapons don’t even serve a military purpose in this time of box cutter terrorists and car-driving suicide attacks — even the war criminal Henry Kissinger recognizes this — but beyond that, they’re simply abhorrent. They represent the absolute worst in humanity. We shouldn’t allow them in our harbour, and if the powers-that-be can’t prevent them from coming, we should be making a very large noise about them nonetheless.

On the other hand, if the nuclear bombs are here in Halifax, at least for the moment the lunatic in the White House won’t be able to lob those particular bombs on North Korea or Iran. 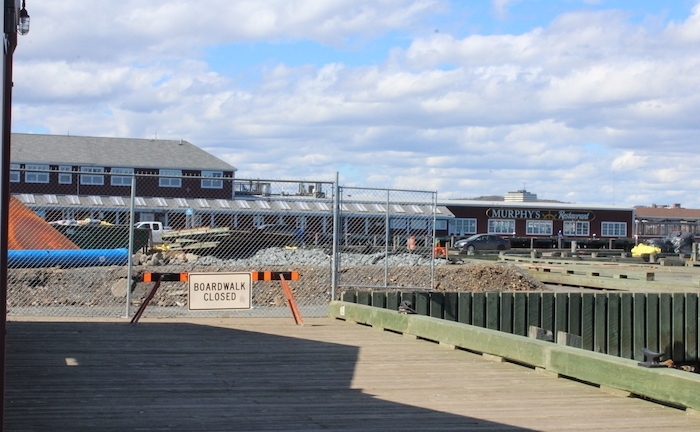 Anyway, back to downtown… we’ve now got multiple construction projects in the works. Queen’s Marque construction has utterly destroyed the boardwalk. The detour around the construction consists of a tiny sidewalk that leads to a blind crosswalk at Water and Prince Streets and then past the other construction site at the AGNS, then back across Water Street at the ferry terminal. It’s only a matter of time before a pedestrian or eight get struck in that narrow corridor, and with tens or even hundreds of thousands of people walking through the area on Canada Day, I don’t see how the city has any choice other than closing Water Street to traffic, at least for that weekend, if not for the duration of the summer.

Last week, there was construction not only at Queen’s Marque but also at The Roy building, closing Barrington Street, and at that ugly thing being constructed across from the Library, closing Spring Garden Road for long periods. At various other times, there’s construction at The Maple and The Alexander, and now (I’m told) on Quinpool Road. And of course, all the streets around the Nova Centre are being torn apart.

If the nuclear bombs don’t destroy Halifax, the construction will.

All this construction will supposedly lead us to some glorious future where Halifax looks like every other cookie cutter blue and green glass city, but I’m not feeling it, ya know? If I wanted a soulless downtown, I could move to Calgary.

How’d we get to this point? The urge to destroy the old city and rebuild it as Calgary East reflects a provincial mindset of inadequacy. We’re not a “real city”  until we’ve got lots of tall buildings. So over the past decade or so, people who dared to question or suggest that we slow down the development steamroller were vilified, characterized as “naysayers” and monsters. Government constraints on unbridled development were thrown out and replaced with planning rules that allow just about anything to be built. Ministers and consultants gave us lying reports that told us that handing Joe Ramia hundreds of millions of dollars in public subsidies would translate into “prosperity” for the rest of us. Add in a political class that identifies with the aspirations of the wealthy with their utterly banal sensibilities (hello, 1980s blue box buildings!) and bureaucrats more concerned with the next step on the career ladder than with serving the public interest, and this is what we get: a downtown that looks like Armageddon.

The skyscraper forum wankers have won. Enjoy your Canada Day. 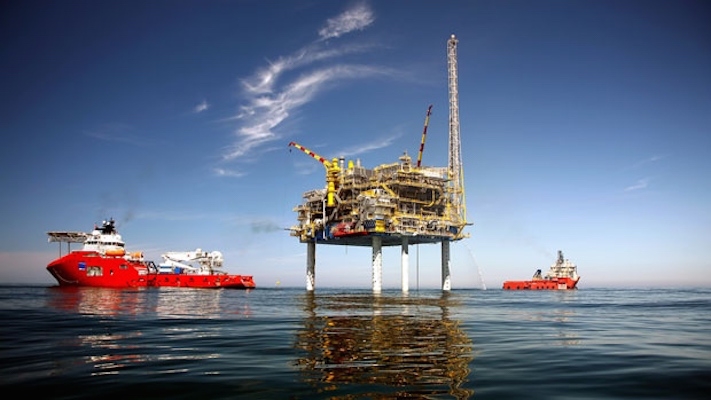 “Nova Scotia’s offshore natural gas industry is about to take another hit, as Encana Corp. prepares to close its Deep Panuke project,” reports Frances Willick for the CBC:

Now we’ll have to get to our wondrous post-Apocalyptic future by fracking.

“Nova Scotia’s governing Liberals have retained every seat they won in the May 30 election, after a third judicial recount Monday confirmed a tight win on the province’s south shore,” reports the Canadian Press:

MacKay took 3,112 votes in the recount, overseen by Justice James Chipman in Halifax, while Rafuse took 3,021, one fewer than the official count. 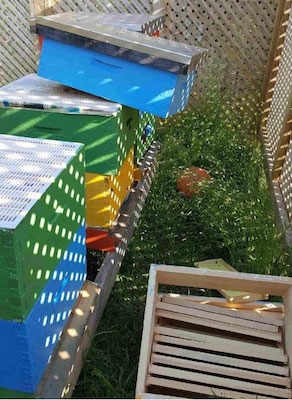 “Severe vandalism of a youth-led beekeeping social enterprise in Halifax over the weekend may have a sweet ending,” reports Yvette d’Entremont for Metro:

At least 20,000 bees in one hive were killed. As many as 40,000 to 50,000 more from a second hive are still in peril after vandals used basketballs and sticks to open and knock over the two hives sometime before Friday night’s heavy rain.

The beehives belong to the BEEA Honey with Heart youth social enterprise, an initiative of Family SOS…

“But I think that we can build from this and it just makes us stronger. We’re coming together,” [said Donna Morrison, executive director of Family SOS]. “We had somebody call and donate $500 (as soon as word got out). Other people have said they want to help however they can. The community is rallying.”

Regional Watersheds Advisory Board (Wednesday, 5pm, Alderney Public Library) — the committee will have a look at the Green Network Plan. 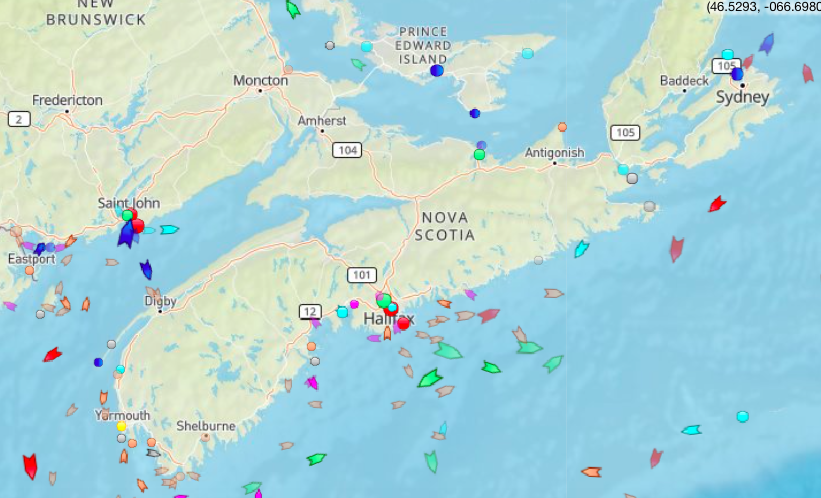