You are here: Home / Featured / Habitat for Humanity, which builds homes, is “partnering” with Steele Auto Group, which just bulldozed a neighbourhood

A reader forwarded this email to me this morning: 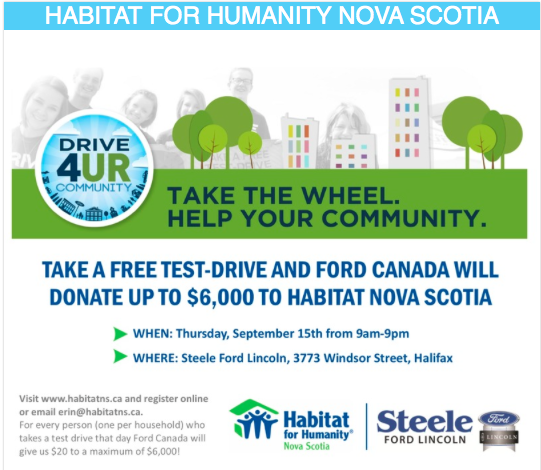 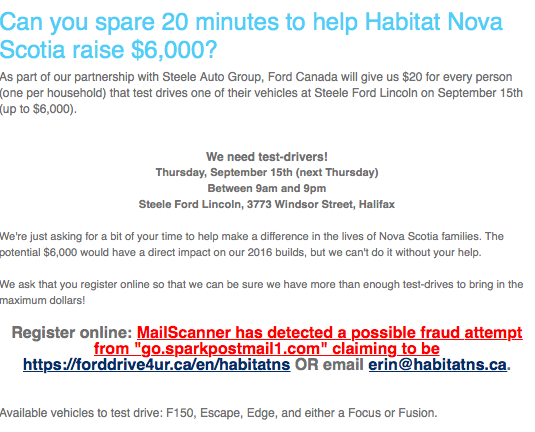 A “partnership” with the Steele Auto Group is ill-advised, to put it mildly.

And $6,000? Please. Steele would have to spend far more than that to buy that kind of good will advertising.

But Marie-France LeBlanc, CEO of Habitat for Humanity Nova Scotia (H4HNS), defends the partnership. “We’ve been in partnership with Steele for several years,” she says. “Ford does these sorts of arrangements with many charities, and we’ve been fortunate to be selected as one of them.”

LeBlanc says that she wasn’t involved in the decision to raze the north end homes, but Steele allowed H4HNS to salvage appliances and usable building material from the houses before they were razed. Those appliances will be sold at the charity’s “ReStores” in Burnside and Bayers Lake to raise more money for H4HNS.

In 2015, H4HNS built nine houses. This year it hopes to build five more.

But a much larger project is in the works, says LeBlanc: there’s an 80-unit development planned for the Drysdale neighbourhood in Spryfield. Already four families are living in duplexes in the development; most of the other units will be in newly constructed apartment buildings. There’s no timeline for completion.

LeBlanc says her organization has an annual budget of about $700,000, but that doesn’t include considerable volunteer time and donations of material.