Thirty-two more people have tested positive for COVID-19 in Nova Scotia, bringing the total to 549. Nine people are currently hospitalized, four of whom are in ICUs; 137 people have fully recovered. Three people have died.

The province has been increasing the numbers of tests administered daily, as follows:

Number of tests by date 1

Total number of tests with confirmed results by date 2

We’re told that, compared to other provinces, Nova Scotia is doing pretty good at testing. I’ll try to get some of those comparative figures soon.

But what’s interesting is that even while testing increases, the percentage of positive test results remains nearly stable:

Percentage of daily tests with confirmed results that are positive:

Percentage of total tests with confirmed results that are positive:

With yesterday’s release of modelling projections, some more detail was provided for the geography of existing cases: 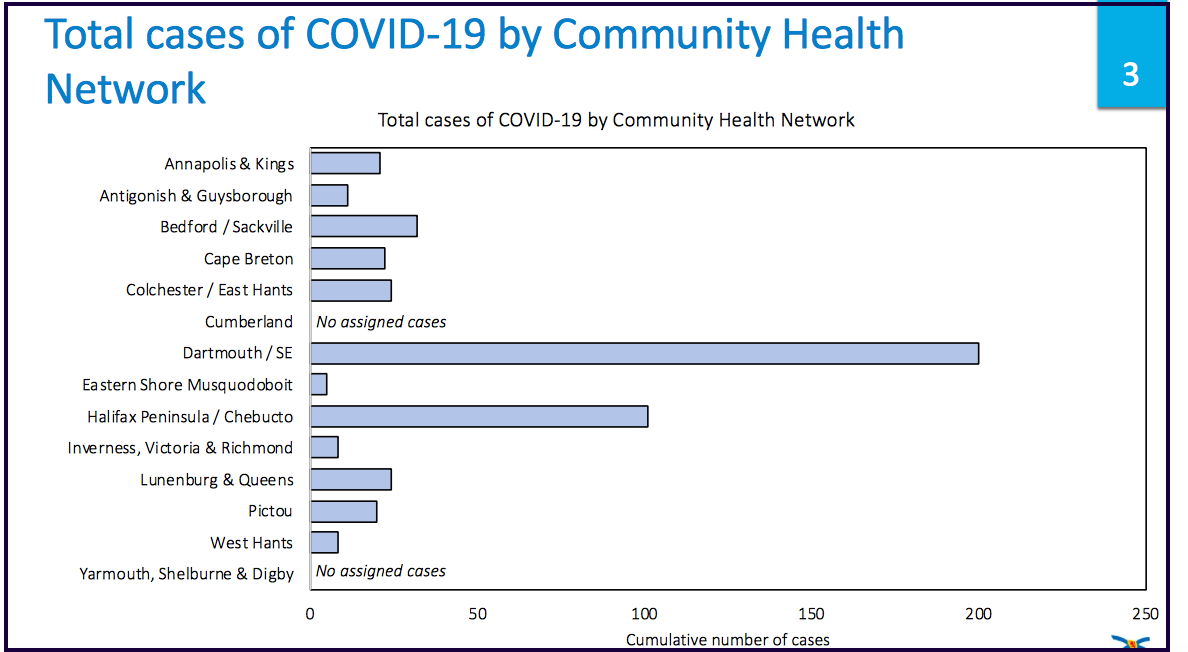 Unfortunately, while better than the previously provided mapping of positive cases by just the four Nova Scotia Health Authority zones, the new information still isn’t very granular. For instance, what is “Dartmouth/SE”? Another source gives some description:

But it’s still not great. 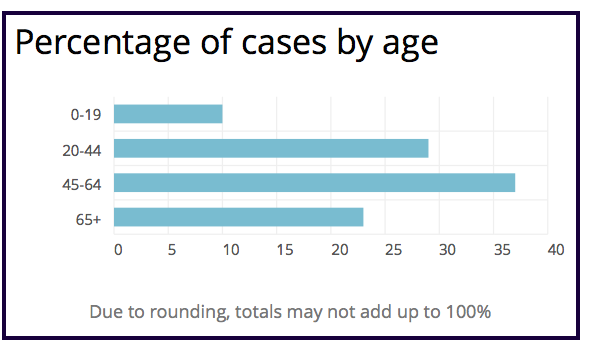