Seventeen more people have tested positive for COVID-19 in Nova Scotia, bringing the total to 445. Nine people are currently hospitalized, four of whom are in ICUs; 97 people have fully recovered. Two people have died.

The Halifax Examiner will be publishing these graphs daily.

But the more I got into the data, and the more I thought about it, right now those data are not very helpful.

One problem is that different jurisdictions have different testing regimes.

In contrast, New Brunswick has had tested 7,403 people, or about 1% of that province’s population. There were 112 people who tested positive — .01% of the population or 1.5% of those tested.

I don’t think any immediate comparison of those figures is meaningful. (Or if they’re meaningful in some ways, I don’t think they’re so important for the moment.)

A second problem (for cross-jurisidctional comparisons is that the disease in Nova Scotia is several weeks behind most other provinces and countries. That’s a good thing, of course, as it gave us more time to prepare for its arrival, and the implementation of social distancing and other responses came earlier than in other provinces, related to the onset of the disease.

But cross-jurisdictional comparisons don’t tell us much at the moment. As the disease worsens in Nova Scotia, we’ll be able to look at, say, the doubling time of deaths after the first three (or 10, or whatever) deaths, and compare that to doubling times elsewhere. But thankfully our death number — 2 as of Friday — is so low that doubling times isn’t much of an indicator of anything useful.

So as the disease progresses, and certainly after the pandemic subsides, the cross-jurisdctionals comparison will become more important, but for now, I don’t think that’s so important. Maybe in another week or two.

Rather, for now, I think what’s important is what is happening in Nova Scotia.

The most immediately heart-wrenching number is of course how many people have died:

We also want to know the fatality rate of the disease. There are two different ways to map this: either deaths from COVID-19/total known cases or deaths from COVID-19/total resolved cases (meaning people who have either recovered or who have died; we don’t know yet what will happen with those still sick). From a day-to-day perspective, I think the latter is more useful. The fatality is now sitting at almost exactly 2%.

And perhaps more hopefully, representing those who have recovered. Ideally, we would want those two numbers to be identical (everyone recovers), but we know we’ll have more deaths as this goes along.

The medium-term concern, however, is the burden onto and the capacity of the health care system. One set of figures that would help illustrate that is the number of people currently in ICU, compared to the number of ICU beds available, and to the potential ICU bed availability. Thankfully, there currently are only four people with COVID-19 in ICU (there are others with other illnesses), compared to a total of 120 ICU beds, with the potential for 190-200 ICU beds as. So for now, it’s not worth graphing those numbers.

And for the rest of this post, I’ll use the graphs we’ve shown in the past.

We’ve now had four full weeks since the first known cases of COVID-19 was discovered in Nova Scotia. Here’s a graph of new known cases by week:

Number of tests by date 3

Total number of tests with confirmed results by date 4 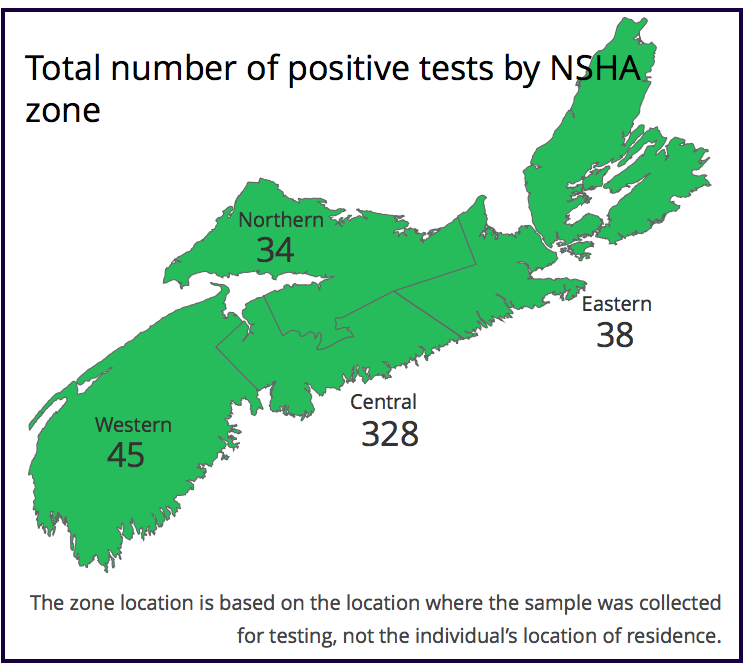 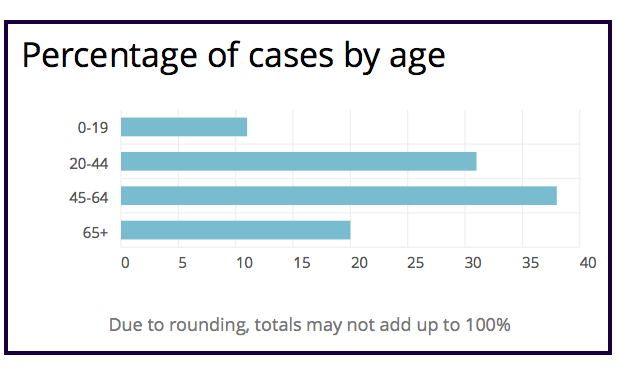