You are here: Home / Featured / Grafton Street through the Nova Centre is a crumbling mess 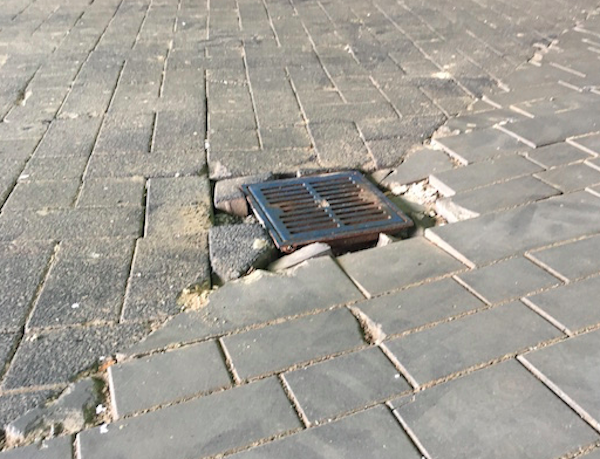 Grafton Street through the Nova Centre has only been open to the public since January, but already the Grafton Street roadbed is crumbling. 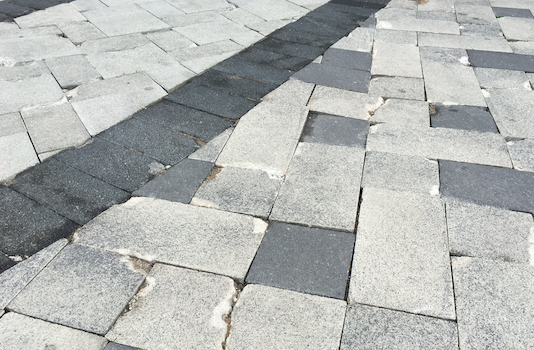 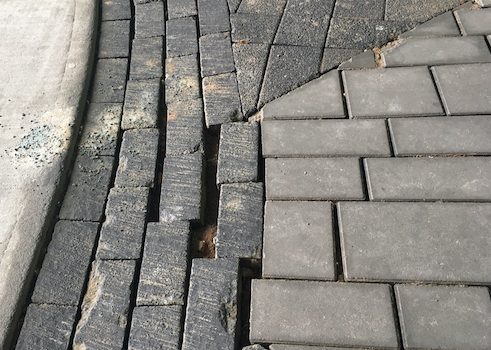 Construction of the Nova Centre kept the Glory Hole closed, but it opened with much fanfare seven months ago. 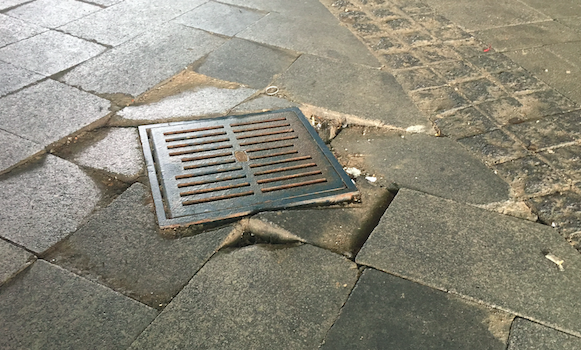 Grafton Street was constructed somewhat in the fashion of Argyle Street — with paving stones. Argyle Street looks to be in good shape; I understand it was built by a different contractor. 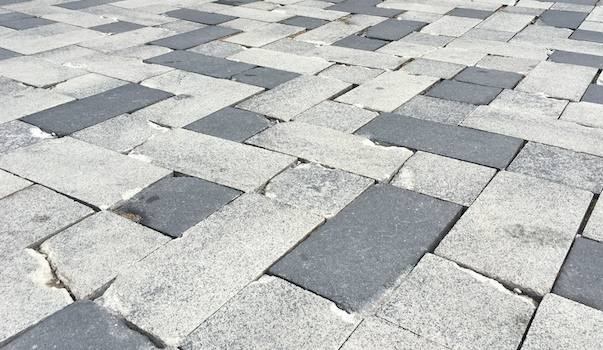 Grafton Street through the Nova Centre, however, is a mess. I walked through the Glory Hole Thursday and saw hundreds of broken and chipped paving stones, gigantic spaces between the stones, and crumbing areas around the basins. 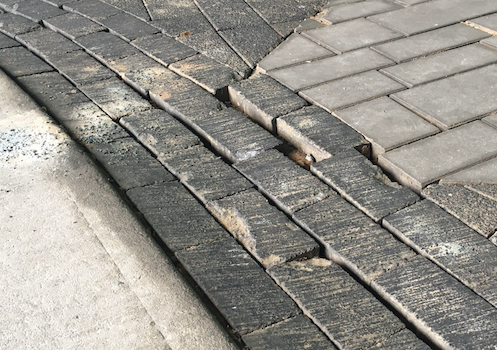 An engineer tells me that the problem is the street was designed wrong. There are “humps” so that water on the street will drain to the basins, but the humps are too extreme, such that there is a large gap between the stones at their tops but their bottoms push up against each other; as a result, when vehicles travel over the stones, the stones break apart. It’s clear the entirety of the street won’t last long. 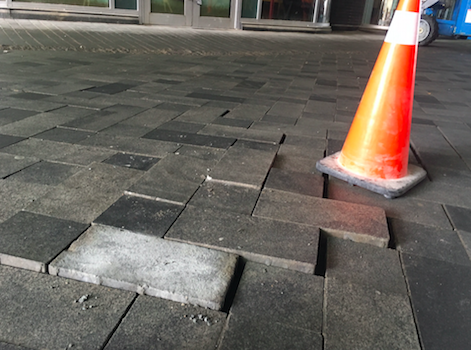 The area below/through the Nova Centre which was once known as Grafton Street is private property. This area serves as a private driveway to the Nova Centre underground parking and throughway between Sackville and Prince. The property owner is required to maintain the area free and clear for emergency purposes. There are no requirements for the road bed structure itself that HRM would inspect.