You are here: Home / Featured / Government communications people seem to be in the business of not communicating 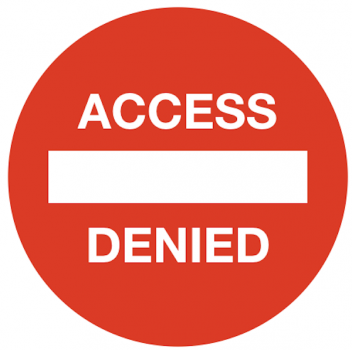 Butler didn’t ask for and didn’t want any personal information about any particular staffers; she just wanted the end data. And yet, the NSHA refused to give her the data. So Butler filed a Freedom of Information request. That too was denied, with the NHSA making bogus claims about “advice to a public body” (“the tally of answers to questions like, ‘How did you travel to work today?’ and, ‘If you drove to work today, where did you park?’ are not ‘advice’; they are simply data. Certainly they will be used by advisors to give advice, but they are not that advice,” writes Butler) and “financial or economic interests” (equally absurd).

Butler has appealed the denial, but now sits in a two-year-long review queue. She writes:

I like to think of it [as] open season on access denial. What little accountability there is for governments needlessly withholding information is practically nullified by a two-year long wait.

And what’s worse, it’s a feedback loop. The easier it is for government departments to deny information without oversight, the more needless access denials will be made. This in turn will spark more appeals for review, thereby increasing the time they will take to process.

So, while the FOIPOP office continues to deal with the outfall from its security failure (the website is still not back up and running as of publication time), the more worrying scandal for me is that provincial government bodies like the Nova Scotia Health Authority are gratuitously denying people information, and there’s effectively no one to stop them.

Tuesday, I broke the story that someone illegally walking on the catwalk under the MacKay Bridge had tripped a breaker, cutting power to Halifax Water communications equipment on the bridge, which in turn caused the shutdown of the sewage system on the Dartmouth side of the harbour.

That in itself is a highly important story: one lone (apparent) saboteur could easily take out a large part of the sewage system. That should concern the public. It raises issues about security (both on the bridge and to the communications system) and the vulnerability of the complex sewage system. But you wouldn’t know about it had I not reported on it.

More than that, when I called Halifax Water spokesperson James Campbell to ask about a report to me that the system had gone down, Campbell concocted a patently untrue story about backup generators at the pumping stations and denied that sewage had entered the harbour.

Now he’s in spin mode, making a big deal out of the difference between “raw sewage” and “untreated sewage,” and downplaying the incident because the system is designed to flush sewage into the harbour when there’s heavy rain. Both arguments are besides the point — again, the point is that a lone (apparent) saboteur could easily take out a large part of the sewage system — but let’s take them on.

I’m told that people in the sewage community (heh!) make a distinction between “raw sewage” and “screened sewage,” as the screening removes the tampon applicators and condoms and other big things that are part of the stuff moving through the pipes. OK. But for the average person, that’s a distinction without much of a difference — the stuff coming out after screening is still feces, urine, toilet paper, antifreeze, oil, dry cleaning chemicals, the stuff washed out at industrial sites, toxic waste and so forth. As Sheldon MacLeod said yesterday, tell someone they’re better off swimming in screened sewage and see what they say. I now know that I should have written “untreated sewage” instead of “raw sewage,” but are you seriously going to try to discredit the entire story over that?

As for the “it’s no big deal, sewage goes into the harbour all the time” argument, I’ll repeat what I wrote Tuesday:

In the scheme of things, a few hours worth of raw sewage going into the harbour isn’t by itself an environmental disaster. As they say, shit happens. But we should understand the vulnerabilities of the system, and plan to prevent such breakdowns. Each unexpected discharge of raw sewage may be indicative of a larger breakdown in operational processes. Understanding why a relatively minor problem happened may prevent a much larger problem from happening in the future.

These arguments are part of Campbell’s campaign at spin. Again, it is Campbell’s job to clarify, not distort. 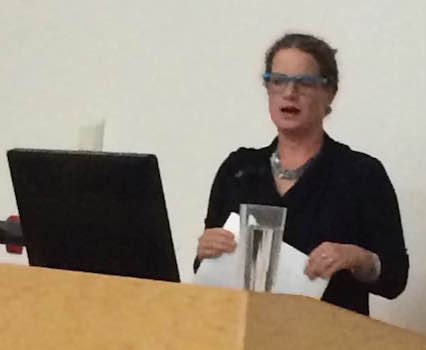 “A high-profile member of Halifax’s Ecology Action Centre is taking legal action after she was fired in April,” reports Anjuli Patil for the CBC:

Susanna Fuller, who was the centre’s marine action co-ordinator for 12 years and had worked there for a total of 23 years, claims she was wrongfully terminated and was not given severance.

While she declined an interview with CBC, several sources close to the situation have told CBC Radio’s Information Morning Fuller was fired over a multimillion-dollar charitable grant she secured.

The grant would have nearly doubled the Ecology Action Centre’s yearly program budget and expanded the marine conservation division significantly.

The centre turned down the grant and, shortly after, Fuller was fired. Since then, CBC has learned a board member and a staff member resigned in protest. 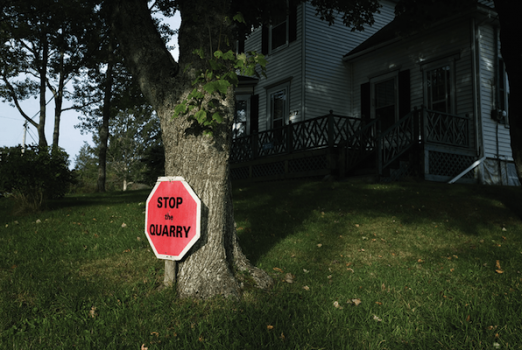 Opposition to the proposed Digby Neck Quarry led to its rejection on environmental grounds. Photo: Council For Canadians

The U.S. firm that backed the proposed project welcomed the Federal Court of Canada decision, while environmental groups said it highlights how the North American Free Trade Agreement hamstrings Canada’s ability to protect its ecology.

Bilcon, the New Jersey-based mining company, says it will seek damages of $300 million, which is, well, a lot of money.

Katie Campbell, writing for the Cape Breton Spectator, notes that MP Andy Filmore is now buying advertising, placing his logo on posters advertising arts events. This is not a logo acknowledging public money Filmore has helped access to fund the events, but rather just simple advertising, like the advertising politicians buy in community newspapers. Says Campbell:

I strongly disagree with this practice, which introduces a number of conflicts into the situation: it confuses the non-partisan notion of public funding for the arts; it asks artists to accept partisan “advertising” in order to receive funds; introduces politics into a process (arts funding) that has long struggled to stay clear of it. It is not a good idea, and I was very unhappy to see it.

Finally, I decided to call the federal Office of the Conflict of Interest and Ethics Commissioner to get more information. After having a brief discussion and exchanging some information back and forth, I learned that this is not usual practice and is, in fact, a matter of some concern, depending on the circumstances — and especially so if the member is a Parliamentary Secretary (as is the MP in question).

The Commissioner’s office has promised to look into it for me. I will let you know what they say.

Click here to read “Who Gets Credit for Public Arts Funding?” 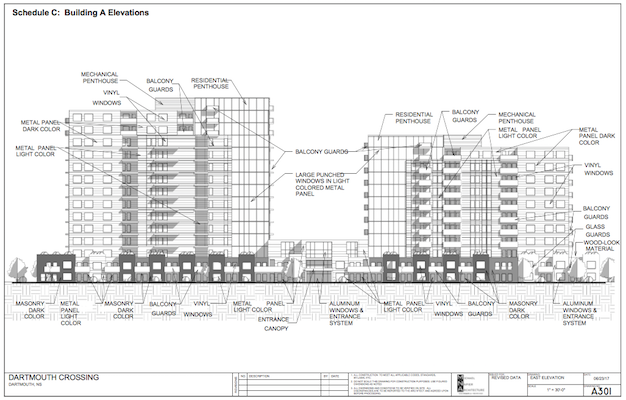 Harbour East Marine Drive Community Council (Thursday, 6pm, HEMDCC Meeting Space, Alderney Gate) —  the North American Development Group, the development company that created Dartmouth Crossing, wants to build two apartment buildings — one 15 storeys and the second seven storeys — with a total of 325 units between them. I have no idea why anyone would want to live in Dartmouth Crossing, but there it is.

Canadian Council for Small Business and Entrepreneurship (CCSBE) Conference (Thursday, 9am, Kenneth Rowe Business Building, McCain Arts and Social Sciences Building, and University Club) — I went on about this yesterday.

In the spirit of collaboration and newfangledness, Employment and Social Development Canada (ESDC) has partnered with Saint Mary’s University’s Master of Science in Computing and Data Analytics program to host a hackathon. The hackathon will take place May 4-6; and will have a theme of improving service delivery, with an emphasis on people living in poverty.

The mission of Employment and Social Development Canada, including the Labour Program and Service Canada, is to build a stronger and more inclusive Canada, to support Canadians in helping them live productive and rewarding lives and improving Canadians’ quality of life. However, the needs of Canadians are changing, and in order for ESDC to meet its objectives, the department must continue to evolve and innovate how it delivers services to Canadians. In order to understand where the service delivery gaps are, ESDC has partnered with Saint Mary’s University’s on this hackathon, to gather new ideas and build on our diversity and expertise to help improve services for Canadians living in poverty.

We’ve been through this before. Here’s my not-so-newfangled way to address poverty: instead of dicking around with social enterprise and data analytics and website design and service delivery that merely further enriches the already rich, just give more money to poor people. The problem isn’t that there isn’t the right app or that we need to invent some newfangled analytics system; the problem is that poor people don’t have enough money. Give them money.

Stephen Kimber and I will be on The Rick Howe Show, News 95.7, at 11am. We’re talking about “the state of media in Halifax.”