1. Give judges a big raise or they’ll take bribes 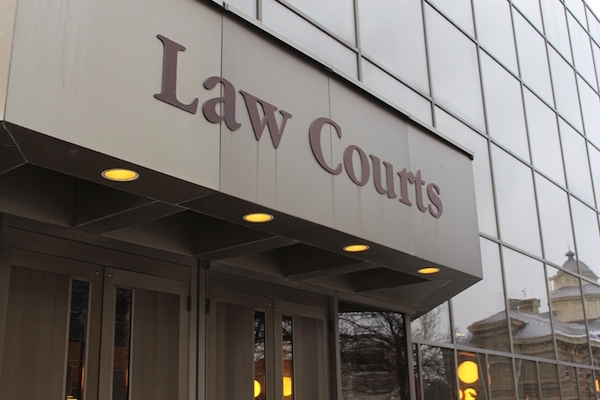 Yesterday, when I woke up at 5:30 to write Morning File, I checked all the usual government websites and and saw that late Friday afternoon the province had posted an Order in Council approving a new salary framework for judges as recommended by the Nova Scotia Provincial Judges’ Salary and Benefits Tribunal (2014-2017).

“Orders in Council” are typically cryptic announcements (you can search them here, just place a year in the pull-down menu) made by the premier’s cabinet. It would make immense sense and be helpful to democracy if the attachments and schedules to the OICs — the documents that spell out the specifics — were likewise posted on the internet, so that’s why they’re not. Instead, we reporters have to play this game of calling around to find someone with authorization to release the documents so we can tell you what’s what. Eventually, Communications Nova Scotia writes a long script putting the issue in government-friendly “context” and explaining why the OIC is for the best of humanity, and that all you reporters are assholes for asking questions. That’s how we do democracy in Nova Scotia.

Anyway, I went through that rigamarole yesterday to find out about the judges’ salaries. The very moment government offices opened I called and got the PR person’s voice mail saying she was out of the office — on Friday. Was she gone on Monday, too? I didn’t know. I tried a few more PR people and eventually found out the first PR person was in fact in the office, just not answering her phone, so mid-morning I emailed her. When I was on the bus to a noon meeting, I finally got an email back with the documentation attached, but by then I was in a series of afternoon meetings and so couldn’t write the story and CBC beat me to the punch.

Anyway, here’s what the ceeb reported:

The tribunal set a base salary of $231,500 for the province’s 42 family and provincial court judges. It’ll go up with a cost-of-living adjustment each year. The plan runs from April 2014 to March 2017.

The government had asked the panel to not increase the salary as it said even the previous amount put judges in the top one per cent of provincial taxpayers.

It is also common ground [among those making submissions to the Tribunal] that the current salaries, benefits, working conditions and institutional arrangements for Nova Scotia’s provincial judges are generally such as to protect judicial independence, in relation to the executive branch of government and in relation to the private litigants who appear before our judges. These are the main concerns with respect to the capacity of the Province’s judges to maintain their neutrality and objectivity when dealing with those who come before them, so as to sustain and promote the rule of law in our corner of Canada’s constitutional democracy.

In short, if we don’t give judges a big raise, they’ll take bribes.

Under the Provincial Court Act, the Tribunal’s recommendations are binding. Nova Scotia is the only province to have such a system.

For what it’s worth, the McNeil government argued against giving judges a raise. It’s not like they can simply change the law and legislate a wage freeze…. oh, wait.

Funny how that works, eh? When it comes to the 75,000 working stiffs under provincial employ, the McNeil government can keep the legislature in session for 72 hours straight, spit in the eye of anyone who objects, including a hapless deaf man, and say to hell with decades’ worth of labour law, they’re passing emergency legislation to impose a wage freeze. But when it comes restraining the salaries of 42 highly paid provincial judges, what are you going to do?

I wonder which of those 42 judges will hear the lawsuit unions file against Bill 148, and if the learned judge will be conscious of the irony of the moment.

Don’t get me wrong. While judges are on the upper end of the 1%, and while they don’t even have to worry about buying expensive wardrobes (the same little black dress every day, stylish and inexpensive, and oh so sexy), I think judges should be paid well — not because if they aren’t they’ll start taking bribes, but rather because the administration of justice is serious business, requiring lots of hard work, research, deep thinking, and the skills and experience that come along with same. And, I’ve found, most judges take the job seriously and do good work. I don’t begrudge them a raise in the abstract, just in the context of screwing over their lesser working brethren.

A side note to the judges’ raise is that one of the three lawyers who comprised the Judges’ Salary and Benefits Tribunal is Ron Pink, who also was the negotiator for the teacher’s union in their contract talks with the government. Pink and the NSTU executive recommended that teachers accept a two-year wage freeze, a recommendation that was soundly rejected by the union membership.

Is it contradictory or hypocritical that Pink first recommended that teachers accept a wage freeze, then recommended that judges get a big raise? Not necessarily. In the first situation (teachers), Pink was making a recommendation based on what he thought he would be the best offer coming from a government that he had little ability to influence; in the second situation (judges) there was no counter-negotiator, and Pink and his two colleagues could get what they wanted — it didn’t matter what the government wanted. Arguably, in both cases Pink advocated for what he thought was best for workers.

That said, all this happened in a political context: it was simply understood that the government would not legislate a wage freeze for judges. Such a scenario was impossible to envision, the government never suggested it, and Pink knew a wage freeze wouldn’t be imposed. The game is rigged for the 1%, and that’s the way it goes.

Still, the attack on workers sullies everyone who’s touched by it. 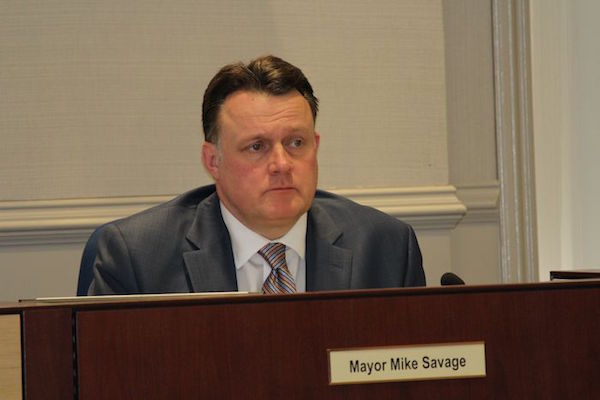 “I like the job, and there’s a very good chance that I will offer for mayor again,” Savage said.

Savage is being coy. No one starts a mayor election campaign, even a mayoral reelection campaign, less than a year before the election. It takes planning, kissing donors’ butts, putting the machine in motion. Savage is running, and he’s been organizing for it for a while.

Recently we have been hearing that there is a shortage of butter. For years the experts have been telling us, “butter bad, margarine good.” Now all of a sudden, butter is good for us and margarine is rather “iffy.” Same experts or is it a new lot?

Not hard to tell why there might be a shortage. Awhile back, when one saw a herd of dairy cattle, there were usually some Jerseys or Guernseys to keep the milk fat up to the required standard.

Now when one sees a dairy herd, all I see are Holsteins. As I remember it, their milk fat (cream) content was not high enough to meet the standard of the day.

There was a huge surplus of butter, so I wonder if the experts didn’t change the standard somewhere along the line and now it is coming back to haunt us. Of course, there are all these coffee shops using a lot more cream than was required not too many years ago.

Just as an aside, my grandmother lived to be 111 years old and some of her favourite foods were sugar, salt and butter, as much as she could get. Her only medication was a few ASA pills for her arthritis.

Gotta watch out for those health hazards.

On December 22, 1821, Thomas McCulloch started publishing the first of his Letters of Mephibosheth Stepsure in the Halifax newspaper the Acadian Reporter. I really wanted to write a bunch about this, but time is getting away from me. A good backgrounder on the Stepsure letters is found in Northrop Frye on Canada. Promise, I’ll explain all this by December 22, 2016.

Redditer tbpHFX points us to this still from last Saturday’s COPS TV show: 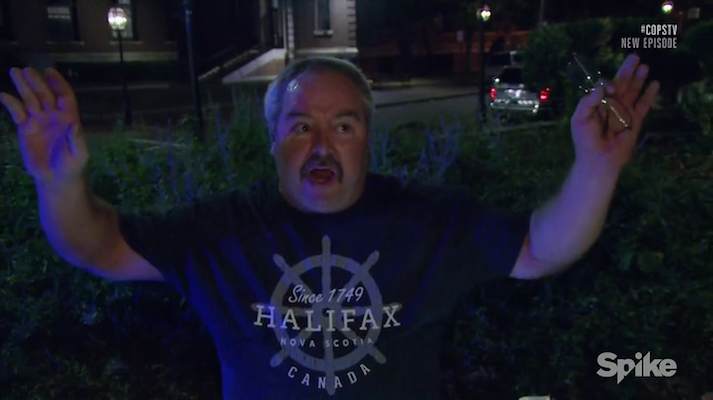 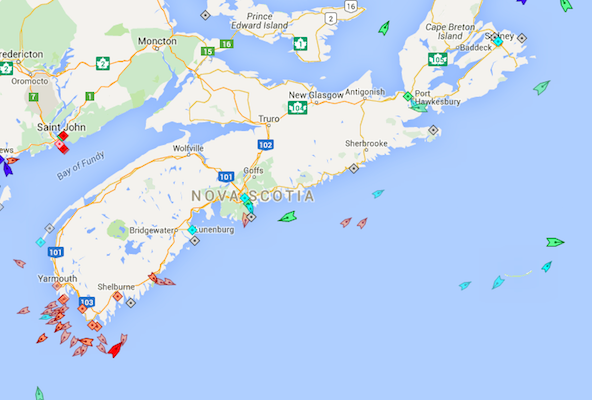 No copy editor this morning. Be kind.