You are here: Home / Featured / Getting coffee while black 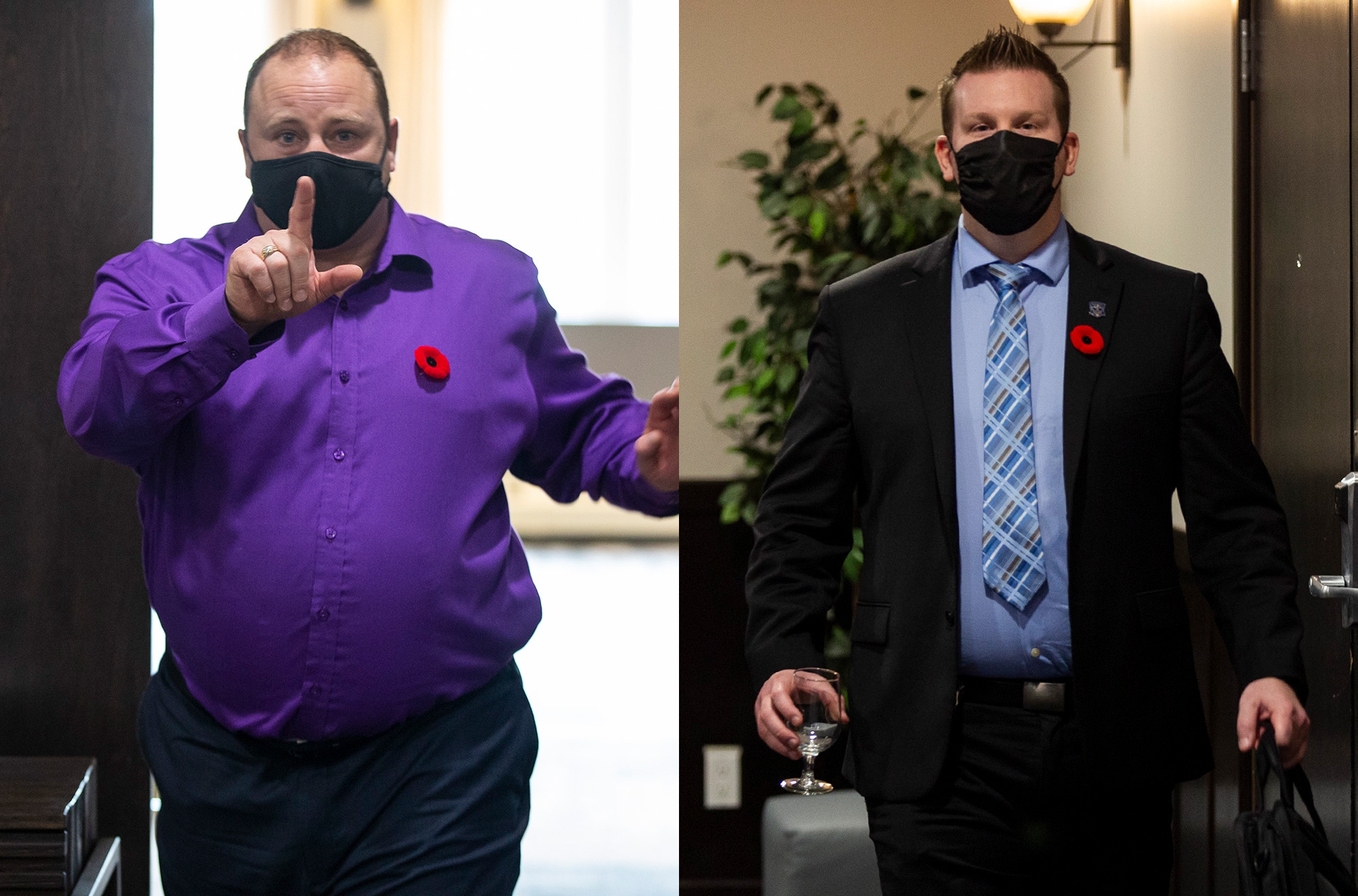 On the morning of Jan. 24, 2017, Gyasi Symonds, a provincial Department of Community Services caseworker, did what many of us routinely did in pre-pandemic times.

He went for a coffee.

What happened during and immediately after his coffee break that day will seem anything but routine to many of us.

If you’re among my “many of us,” you’re probably white.

If you’re Black… well, it will likely seem more like just another day in Halifax.

Last week, a Nova Scotia Human Rights Commission independent board of inquiry ruled that two white police officers discriminated against Symonds when they targeted him on the street, followed him into his workplace looking for “a Black man in a toque” and then ticketed him for jaywalking.

The inquiry ordered the department to pay Symonds $15,232 for “injury to his dignity, feelings and self-respect.”

We’ll come back to the question of crime and punishment.

Here’s something else that’s all too usual in Halifax. The inquiry report was released Wednesday, May 5. As I write this on Saturday, May 8, neither the Halifax Regional Police nor Halifax Regional Municipality, which represented the police officers at the inquiry, has publicly responded to the board’s decision.

On the day the report was released…

The Examiner asked the police and the municipality for comment, asking for a response to the decision, whether the officers will face further discipline, whether HRP will train all officers, and whether HRP will make the performance metrics and data public.

Neera Ritcey with HRP said the municipality, not the police, would respond “as HRM legal represented in this case.” Municipal spokesperson Maggie-Jane Spray said that response would come Thursday.

The next day, Spray did email a statement to the Examiner, “answering none of our questions.”

“The municipality is reviewing the decision from the Human Rights Commission to determine next steps. There is no further information available at this time.

Really? We’ll come back to that too.

Let’s reconsider what happened on that day more than four years ago.

The longer version: Symonds acknowledges he crossed the street that morning in the middle of the block instead of walking further and crossing the street at an intersection with traffic lights. Who among us hasn’t done that at least once in our lives? In fact, Symonds says he was simply following in the well-trod path of four white co-workers who had done exactly the same thing for exactly the same purpose just moments before — without incident.

In his case, however, there was an incident.

Symonds was stopped before he could enter the café by Steve Logan and Pierre Paul Cadieux, two rookie foot-patrol officers. During a human rights hearing in November, the officers testified they were trying to “educate” Symonds about the dangers of jaywalking; they claimed he’d almost been hit by a van.

Symonds said there was no van, and the officers were blocking his entrance to the café.

“Am I under arrest or am I free to go?” Symonds asked. They let him go, but they didn’t let it pass.

Logan testified the two waited for Symonds to leave the coffee shop. After he did, the officers claimed they heard a bus screech to a halt and saw Symonds running across the street.

Symonds says there was no near miss with a bus, which was another figment of the officers’ convenient, after-the-fact imaginations. In fact, he says, he crossed the street at the crosswalk this time.

“So I dodged a bus by the skin of my teeth with a steaming hot coffee while jaywalking?” an incredulous Symonds asked Logan during the hearing. “Is that what you’re saying?” Logan said it was.

The officers eventually followed Symonds back to his office building where they asked a commissionaire to help them locate this dangerous jaywalker, a Black man in a tuque. Eventually, a supervisor paged Symonds, by then back in his office, and he returned to the lobby.

The commissionaire, Carolyn Brodie, testified one of the officers had his hand on, or near his weapon. “They were loud, they were rude. And I thought, ‘Oh my goodness, are they going to hurt him?’”

Brodie said the confrontation lasted for 30–45 minutes; the officers claimed it was only 10–12 minutes.

No one contests that, at the end of it, the officers handed Symonds a $410 summary offence ticket for jaywalking.

Symonds initially paid the ticket in order to renew his driver’s licence, but later tried to file a complaint about the episode with the Police Commission. It turned him down because he’d waited too long. So, he went to the Human Rights Commission, which held its hearing in November and issued its ruling last week.

When all was said and heard, the inquiry chair, Benjamin Perryman, concluded “race or colour was a factor, consciously or unconsciously, in the decision to target the complainant… I am not satisfied that there was a good basis for issuing such a ticket and there was certainly no basis whatsoever to be targeting the complainant in the first place.”

And yet, as Symonds told Toronto Star bureau chief Steve McKinley last week, the consequences of that racist behaviour was only “a disgraceful slap on the wrist, and the pain and suffering caused in my Black life didn’t matter.”

Symonds, who represented himself in the case, had sought a much larger settlement. He wanted $400,000 for past and future income he claimed he’d lost because he’d been passed up for promotions because of the incident, and $400,000 in general damages for pain and suffering. He also wanted the officers fired, criminally prosecuted, and forced to write apologies. Plus, he demanded apologies from the city and the police, along with mandatory anti-racism training for all high-level city staff and police officers.

His everything-but-the-kitchen-sink requests — understandable as they might be — were never going to fly. As a non-lawyer, Symonds didn’t understand the legal niceties, so he failed to quantify the financial losses he’d claimed.

In the end, Perryman, the board chair, based Symonds financial award largely on the case of a Toronto mail carrier carded by police while simply doing his rounds. But he conceded the situation with Symonds was worse because our police force had failed to provide anti-racism training to any of its new officers for a decade:

For reasons that are unclear, HRM permitted the HRP to operate for close to a decade without offering its training course on legitimate and bias-free policing. In the relevant time period, HRM took no steps to ensure that new police officers received EDI [Equity, Diversity, and Inclusion] training before interfacing with the public. As a result, Cst. Logan and Cst. Cadieux did not receive this training until they had already discriminated against the complainant. This failure to train contributed to the harm experienced by the complainant.

While Perryman ordered the police department to provide after-the-fact training to the two officers, he didn’t insist all new police hires be required to take such training or that all officers have to update their “legitimate and bias-free” qualifications from time to time.

In fact, he didn’t even find that lack of training constituted discrimination.

No? Well, how will we ever understand — and put an end to — realities like:

Compare the board’s $15,000 penalty levied against Halifax Regional Municipality with its $1-billion 2021-22 budget. Given all that, it’s not surprising city officials couldn’t be bothered to issue an immediate statement acknowledging the board’s decision and apologizing to Gyasi Symonds for what its officers had put him through.

Not surprising. Not unusual. But disappointing.