You are here: Home / Featured / Get Out Your Urban Dictionary: Morning File, Saturday, June 13, 2015

1. What about your dog, Peter? 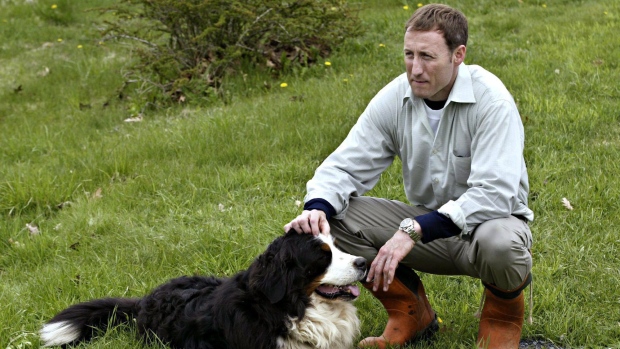 Oh, how I wish this image weren’t metaphorical…

Peter MacKay was in Stellarton to talk to students about cyberbullying. “MacKay told the students he wouldn’t be where he is today if some of his actions as a teen were posted on the internet, encouraging the students to be careful of what they share.”

Silly Peter. Consequences aren’t for wealthy white men! Didn’t Dalhousie Dentistry teach you anything? Don’t worry, you’d still be right where you are today no matter what “youthful indiscretions” you committed!

Yes, it’s a good thing no incidences of bullying on your part are available on the web. Who knows what effect that might have on your career if you were found to, say, engage in misogynist insults (hint: none.)

MacKay also warned students about the dangers of “radicalization” on the web. In particular, he cautioned white students about white supremacist hate groups online. He recounted the long history of white terror groups in Nova Scotia, and reminded students that the KKK was active in nearby New Glasgow. He noted that CSIS has observed that “lone wolf” attacks most often come from white supremacist ideologies, and that the ongoing narrative of a “war with Islam” actually plays into terrorist recruitment strategies. AHAHAHAHA, no, just kidding. White people are merely “murderous misfits!” I totally think he basically warned a bunch of white rural kids about the dangers of being “radicalized” by Islam online. Because being too radically Muslim is the real problem in this area.

Then MacKay explained to his child that even though his government repeatedly describes “Islamicism” as the greatest threat to Canada, don’t worry, all his Muslim relatives are not evil and scary. His child was not at all confused by this message.

MacKay finished his speech by urging students to “never give up” and to stay the course even when times are rough. No, I’m kidding again. He’s still a quitter.

2. But Black people have no reason to fear the police!

Derrell Provo feared the officers pulling him over may be fake after they refused to identify themselves.

“[Police spokesperson] Bourdages said an officer will identify his/herself when it is safe to do so — not on the terms of the individual being pulled over.

In Provo’s case, he was the one concerned for his safety — hence why he made a phone call to 911. But instead of proof of the officers’ identities, which is what he requested, Provo was given another charge.”

“Palmeter said people should be careful if someone comes to the door claiming to be a police officer.

“If people are going to engage in criminal activity, they often don’t have any boundaries as to what they will or won’t do. So if you’re not sure, you can certainly ask for some identification,” he said.

“If they’re not in a uniform, they should be carrying a badge and can identify themselves appropriately in that regard.”

Oh, but people don’t impersonate the police that often in Nova Scotia, right?

Some advice from the police:

“…officers say if people are unsure about a vehicle pulling them over they should call 911.”

“Police officers are required to carry identification at all times and drivers have the right to ask them to see that identification.”

“They always identify themselves as members of the Service.”

Well, it’s not like DWB is a thing that happens.

Police remind us that it is cruel to leave pets for any length of time in a hot car.

Leaving human beings to die in cells is justice, though.

4. But how are you even reading this column without the help of Urban Dictionary?

On a different note, are we really still pretending that Black slang and Black culture are so obscure? From this article:

“A CBC story on the comment cited an Urban Dictionary definition for ‘thick’ as meaning a woman who had nice legs and bottom.”

Seriously? Mainstream white culture knows what “thick” is.  Like Kim Kardashian isn’t celebrated. Like booty pump classes at the gym aren’t a thing. Like white women haven’t claimed having “big” butts (the same bodies stigmatized on Black women) for years now. Are we really supposed to believe that in the same world where Snoop is a huge celebrity, and where the very fact of his presence in Truro to film Trailer Park Boys demonstrates exactly how mainstream hip hop is, Black slang is so niche it needs to be translated? Like every time a Black person says something you need to run to Urban Dictionary? Like without the help of Urban Dictionary, white people would be totally unable to figure out the context of his comments and OMG THE OED IS NO HELP! Black people are so…OTHER, right?

C’mon Son! (White readers: according to Urban Dictionary, C’mon Son is “used whenever someone does something stupid, questionable, or over-the-top.”)

Paul Mooney expressed my feelings on this “translate and explain Black things for white people” business at 1:45 of this video:

5. “Looks rinky-dink, but you and your family will have a good time!”

Atlantic Playland might get 7 new water slides and 10 new rides.

The reviews for Atlantic Playland are kind of hilarious:

Now, I’m not one usually nervous on rides but when I see that much rust on a ferris wheel and I’m stuck at the top waiting for others to get on…..YA, I’M A BIT NERVOUS!

There is not one little teeny tiny bit of green Astroturf left in the place thats not worn to a thin piece of rope with no color left. AND THE ANTS! OH, THE ANTS!! EVERYWHERE!!!!”

I like the spirit of Maritime resilience in this one:

We can definitely do better, they are not worthy of the title Atlantic Canada’s Playland. That said, the amusement park comes from a different era before cheaper air travel gave people access to monster rollercoasters and sprawling amusement parks (or at least the ability to see them on the internet and know what an actual “amusement park” looks like)…

The bar was lower, and any kind of ride was more fun that sitting around and baking in the sun (or just getting baked) all day. Actually, when thinking about that combination one could see how the past generations found these rides fun.

In summary, it has a certain sense of charm but is in serious need of an update. I really wanted to give the park a better rating because having some kind of broke-down amusement park in Halifax is better than none…

Halifax fish get body cams before the Halifax police. 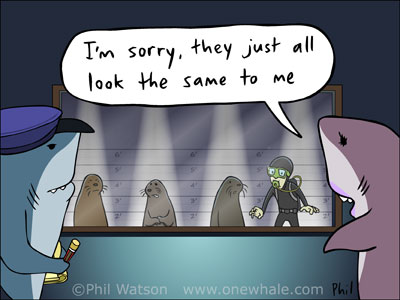 1. What Dictionary are they using to define “North Preston?”

This article originally identified North Preston as the location of the stabbing.

Samuel Provo said it best on Facebook: “I’m flabbergasted right now. For the whole 25 years that I have been on this earth, the residents of “Lake Major Road” wanted nothing to do with North Preston. They took our Welcome to North Preston sign and had it moved as far back as they could move it. Now this! Call it for what it is. N it’s not North Preston”

Episode Two: On Language and Education.

I apparently managed to get through the week noticing nothing.