You are here: Home / Featured / Gardening is good for your mental health through the pandemic, but don’t expect it to replace your grocery run 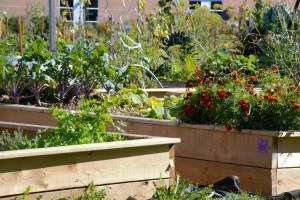 It was late April, and the Halifax Seed Company was already sold out of “a significant number of varieties,” co-owner Emily Tregunno said. “The goal would be to sell out near the end of June.”

We’ve been hard at work packing orders these past few weeks. We’ve had an unprecedented volume of orders since mid-March. It seems to be a similar story with every seed business. Feeling grateful for the support of local seeds, and heartened to think of all the gardens that will be growing this spring.

The weather may not be great — wind, rain, snow (what craft brewery owner Paul Maybee once described to me as “six months of the day before spring”), but Nova Scotians are starting seeds and getting out into their gardens in seemingly record numbers.

Like baking, gardening is one of those activities that has romantic associations with nesting and simpler times. That may be part of what’s driving the renewed interest, but there are more practical factors too.

Tregunno said as the pandemic has evolved, so has what people are ordering. Early on, with uncertainty about our ability to get groceries, “there was a very high demand for sprouts and microgreens,” she said. Both can easily be grown on a windowsill and you can harvest them in a week or two.

When I spoke with Tregunno, the province had not yet eased any restrictions and there was no sign of when garden centres and community gardens might reopen. That uncertainty, she thought, is one of the reasons seed sales have been so strong. For instance, people who would normally buy transplants may be starting plants from seed, since they don’t know if transplants will be available. (The province announced on May 1 that garden centres would be allowed to open.) 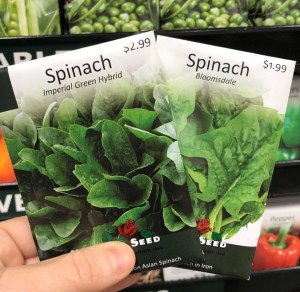 As with baking, gardening attracts a mix of people new to the hobby and more experienced practitioners who may have more time to try out something new. And then there are those who are looking for something to do with the kids while they are at home. “Seasoned gardeners are trying to do different things, and we have parents who reach out to us saying ‘I’m looking for a project to do with my kids’ — and gardening is a great way to get them outside,” Tregunno said. ” And there are certainly a lot of new gardeners. We’re getting a lot of messages, especially through social media, with ‘Hey, I’ve never gardened before,’ or ‘I’ve done a little but I’ve never grown potatoes and I want to try it.”

Hilary Lindsay is the coordinator of the Common Roots Woodside community garden. Located on the site of the Nova Scotia Hospital in Dartmouth, the garden grows produce for sale, provides fresh vegetables for units in the hospital, and serves as a therapeutic and recreational opportunity for hospital residents. It also offers community plots to the public. 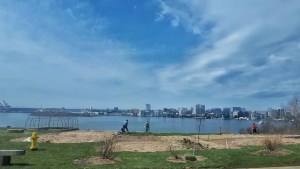 The Common Roots garden on the grounds of the Nova Scotia Hospital. Photo: Callum Moscovitch

Lindsay is not surprised to see a growing interest in gardening right now. “I think it makes sense for so many reasons. People are really feeling how vulnerable their food security is — whether it’s because they don’t have an income anymore or they’re thinking more about the systems we have, how easily they can break down, and how vulnerable they are. So I think people are thinking a lot about growing food for themselves in community gardens or their backyard,” she said. “The beautiful thing about gardening is it’s something you can do in community or on your own. You can be on your own in a space where people are gardening, while at the same time having solitary time. And I think at at time like this, when group gatherings aren’t allowed, being in a beautiful space and doing something that feels productive and nourishing is really fulfilling and wonderful.”

Plus, there’s the fact that the activity is, quite literally, grounding. Lindsay said. “When the world feels upside-down, there is something really helpful about being able to put a seed in the ground and watching it grow and then the miracle of actually being able to eat what you grow. I never get tired of it.”

Lindsay also pointed out that gardens play an important role for newcomers, reducing isolation and providing a valuable source of produce.

There was an uptick in gardening more than a decade ago, after the 2008 financial crash, Tregunno said, because people were “sticking closer to home. Maybe if they’re not going to travel they tend to work on their yards… Right now, people are spending a lot more time in their house and looking for something to do — and gardening is an easy hobby to do while maintaining social distancing.”

Of course, there are other precedents for Canadians turning en masse to gardening, notably during the Second World War.

Ryerson food historian Ian Mosby, author of Food Will Win the War: The Politics, Culture and Science of Food on Canada’s Home Front sees parallels between the victory garden movement and the current gardening surge. “There’s this sudden movement of people wanting to get their hands in the dirt and have something they can feel productive about and have some control over. People are stuck in their home and don’t have ton of outlets, so you can see why they would want to do this,” he said. 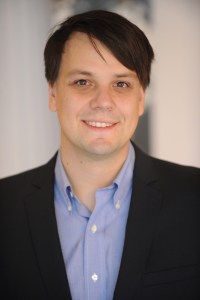 During the early days of the war, the federal government actually discouraged hobby gardening. Mosby said the concern was that inexperienced hobbyists would wind up buying up seed and supplies, preventing experienced gardeners and farmers — people more likely to successfully grow food — from accessing them.

“In the early days of the war, they asked city folk to sit it out to make sure market gardeners and skilled gardeners were getting priority,” Mosby said. He described successfully growing a significant amount of food as “very hard” and adds, “It takes a lot of skill and practice. I can say this from experience. My garden is more of a labour of love than a really productive place where I’m getting food.”

In Mosby’s Canadian Encyclopedia entry on victory gardens, he writes:

At its 1944 peak, it was estimated that upwards of 209,200 victory gardens were in operation nationwide producing a total of 57,000 tonnes of vegetables.

But Mosby said if you look at the space devoted to gardens in Canada, it was actually lower during the war than during the Great Depression, when so many were out of work.

The mythology of the victory gardens is that they represented a mass mobilization of Canadians growing food, allowing Canada to export more food to allies and freeing up transport for munitions and equipment critical to the war effort.

The reality is they played a more important symbolic role as morale boosters. “Almost every school had its own victory garden. Children were being taught about the importance of farmers to the economy…. and so victory gardens became a symbol of one of Canada’s major contributions to the war,” Mosby said. “They represented a physical symbolic manifestation of mobilization, and it was really evocative — even though victory gardens themselves were not more productive or even as productive as pre-war gardens.”

(An interesting aside to all this is that the propaganda around victory gardens made it more acceptable for men to garden. “The garden was an appropriately masculine place, whereas before the war a lot of the literature about gardening and particularly food gardening saw it as being women’s work,” Mosby said.)

Tregunno suggested that gardeners discovering the hobby during the pandemic should start small. Keeping up with a garden can take a surprising amount of work. She also said to “understand your growing variables” and pick varieties appropriate to them. “Is your backyard super hot and sunny? Is it shaded and a bit cooler? Do you have a raised bed? Are you going to grow  in containers?” 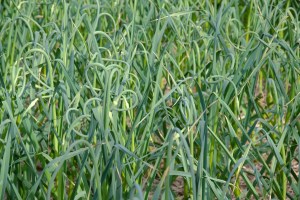 The role of the pandemic garden may be somewhat similar to the victory garden, in that, for most people, it’s not primarily about feeding the family. “The amount of labour that goes into producing food for you and  your family is enormous. I think people underestimate the amount of work that goes into gardening,” Mosby said. Plus, the time of year when you’re ready to harvest the fruits of your efforts “is when amazing fresh produce is cheapest.”

But that’s not to say you shouldn’t get your hands dirty. As Tregunno said, “There is something to be said for growing your own food and being self-reliant, but the majority of us homeowners would never be able to feed our families with food grown at home. Gardening gives people something to do, and there is a bit of comfort in having a project. A little bit of back to basics.”