I’m Deirdre Lee, a writer and performer who digs puns, pies, and can frequently be found sharing poetry, beadwork, and (maybe) too many selfies @ArmyOfYum

Labour Day weekend has done it’s thing and clocked out. Maybe it passed in a bit of a blur, if you were working, partying, or prepping for what many folks consider the real start of the year … “forget Gregorian, let’s get scholastic” they say (or something like that, it’s hard to hear over the sharpening of pencils and the thwang of duotangs).

Classes may start this week, but it isn’t autumn yet, & we’ve got plenty of summery stories (the salty, the sweet & the surreal). 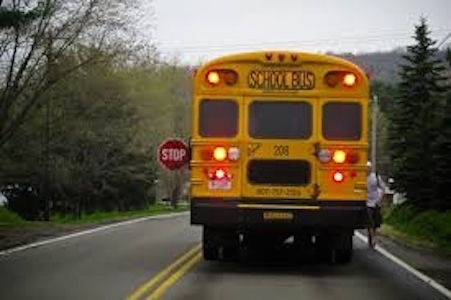 A Halifax parent is concerned for child, and frustrated by the number of vehicles he’s seen passing school buses, reports Allison Devereaux for the CBC.

Patricio Garcia has a seven-year-old son who he worries about sending to school on the bus, because of the disregard for safety he sees”:

Garcia said he witnessed drivers in both directions failing to stop when lights were flashing and the stop-arm was extended.

“We had people that would lay on the horn when they were behind the bus,” said Garcia. “Some would pass the bus just as the bus was stopping.”

In Nova Scotia, when a school bus has its red lights flashing, traffic must come to a stop in both directions. Drivers can only resume once the red lights have been turned off.

The maximum fine for failing to stop for a school bus with flashing lights is $1,272.50.”

I kinda think if a giant orange vehicle with flashing red lights and its own stop sign isn’t enough to get your attention, perhaps you should consider taking public transportation.

2. First day of the year 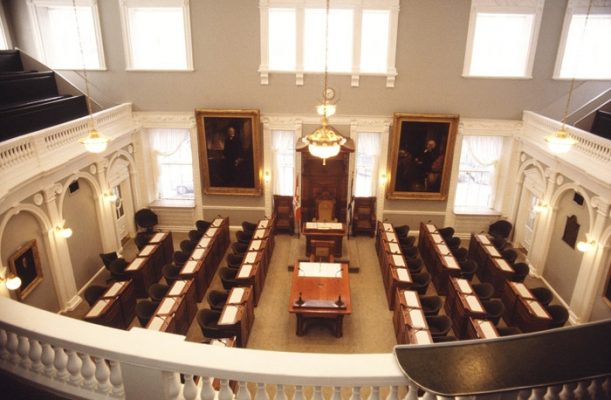 “As someone who has spent most of his life living to the rhythms of academia of one sort or another, I always think of the day after Labour Day as the real New Year’s Day, an annual day of stock-taking, resolution-making and future-fantasizing,” writes Stephen Kimber. “Which inevitably brings me to this question”:

Are we — the collective Nova Scotian “we” — better off today than we were a year ago? Five years ago? Twenty years ago? Are we more — or less — optimistic about our own futures, and the futures of our kids and grandkids? If we aren’t better off and we’re less optimistic, what is the reason for that? And what, if anything, are we going to do to change that what?

Click here to read “The first day of the real new year… Now what?” 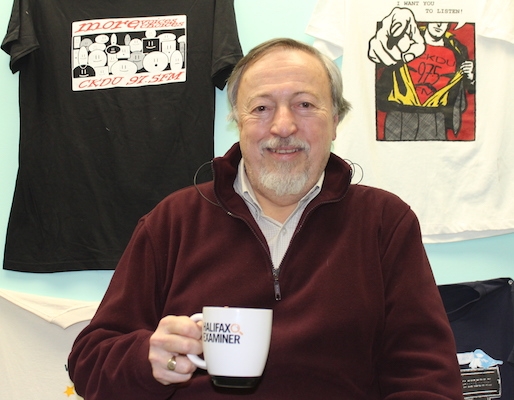 The idea of someone invading your house is terrible enough, but what if the truth is weirder, and maybe worse?

Heather Strickey thought that an intruder had broken into her home when she heard noises in the middle of the night. No one was breaking in, the house was breaking down. Six to nine metres into the ground.

Heather Strickey and her 16-year-old daughter, Julia, were inside the home when the sinkhole first developed.

Heather said she woke up at 3:07 a.m. after hearing noises downstairs, which she thought was a burglar. She pondered calling 911 and after about five minutes, she made the call.

While on the phone with a dispatcher, Julia came into the room and said, “Mom, I think there’s someone downstairs.”

As soon as officers did arrive the dispatcher told her the shocking news.

“not an invasion, it’s actually a sinkhole. He said, ‘Grab a few things in your arms. You need to get out fast.”

“And then we watched our house start to sink into the hole,” said Heather.

5. Crusader For Fun Jumps In

Anika Riopel wants us to jump in … the harbour. And swim and frolic and stuff.

“Almost 10 years after the city spent $333 million to clean up its massive, infamously polluted harbour, the two public beaches near its downtown remain strangely quiet — even on hot, sunny days.,” writes Michael MacDonald for the Canadian Press.

The city didn’t hire lifeguards for the beaches at Black Rocks & Dingle this year, citing a lack of interest:

“There hasn’t been an appetite for swimming,” says city spokesman Nick Ritcey.

But apparently, we just need to forgive and forget … and build a big raft on the waterfront:

Anika Riopel, a 28-year-old student of environmental sustainability at Dalhousie University, says the problem is that Haligonians won’t let go of their ugly memories of what the harbour used to be like.

Local residents and businesses dumped raw sewage into the harbour for more than 250 years.

“We spent millions cleaning up our harbour and the data now show the harbour is clean, but the perception continues to be what the harbour was 10 years ago,” says Riopel.

“This is not just about swimming. It’s about changing our relationship with the harbour.”

Riopel has a bold vision for what the harbour could look like for swimmers. She started a campaign three weeks ago simply called “Jump In.” Her plan is to get the city to cordon off a small section of the downtown waterfront to create an urban swimming hole, complete with diving platform, raft and, of course, lifeguards. 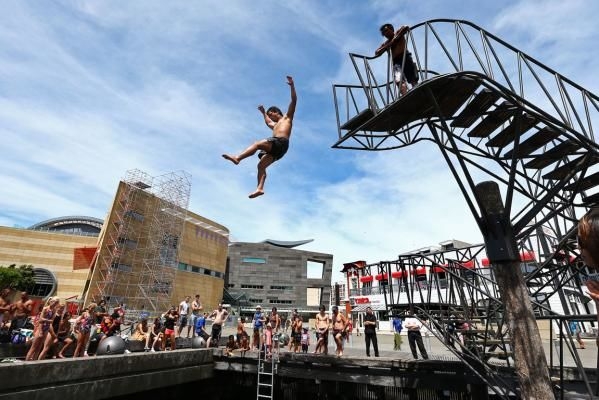 Deborah Page, spokeswoman for the provincial waterfront development agency, says the Crown corporation is excited by the plan.

I don’t normally (or ever, even) find myself agreeing with Crown corporations, but life can surprise you. An “urban swimming hole” sounds super, in theory. Let’s get those hazards and boat traffic and such figured out first though, ok?

6. Dinner Cruise On the Rocks 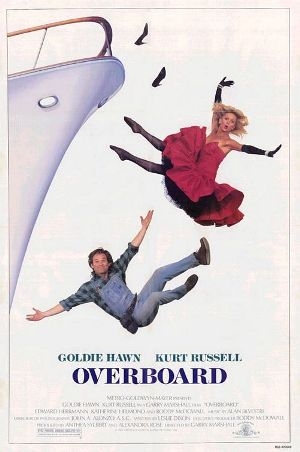 Speaking of potentially hazardous aquatic adventures, the Harbour Queen 1 had to be evacuated Sunday, reports CTV

Full disclosure: I live really close to the harbour & during the season, I get to hear the party boat blast “Despacito” eleventy-seven times a night, three nights a week, so I am maybe experiencing a teensy bit of schadenfreude with this story.

More than 30 passengers onboard were forced to disembark to waiting ships.

“Last night was a night of very high winds, and that’s why we immediately dispatched not only a second vessel to disembark the passengers, but we also immediately called a tugboat to secure the Harbour Queen and bring it safely back to dock,” he said.

He says the boat lost power due to a fuel issue that has been resolved since.

Or it could be that this is a serious article about how the deer are getting smarter. All I know is, I really love deer memes. 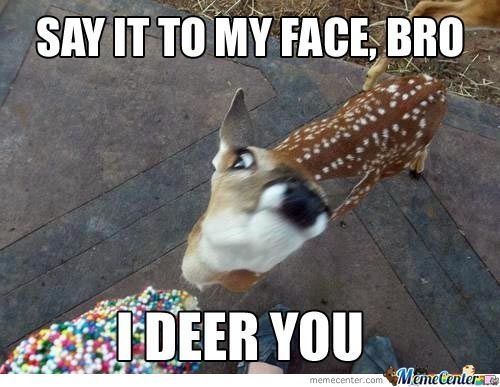 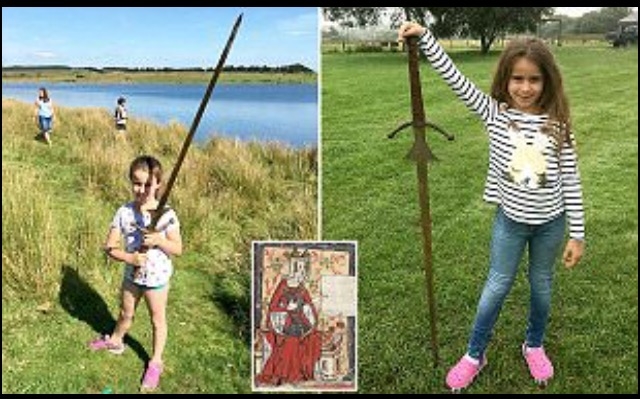 She pulled a four foot sword from the same lake Excalibur got hucked into, lo those many years ago. Her dad says it’s a film prop, but what does he know? HE didn’t find the sword.

Halifax Regional Council (Tuesday, 1pm, City Hall) — all eyes are on David Hendsbee asking for the city to pay his back pension, but the more interesting issue (says Tim, comfortably editing from a undisclosed cottage location) is Steve Craig’s interest in turning the abandoned Windsor and Hantsport Railway corridor into a rail-to-trail project.

FCM 2018 Conference Advisory Committee (Wednesday, 1pm, City Hall) — the Federation of Canadian Municipalities is holding its annual confab in Halifax next year, supposedly in the new convention centre, which will supposedly be finished by then, which will then supposedly bring us prosperity forever, amen. And so there’s a committee preparing to pave the streets with gold. 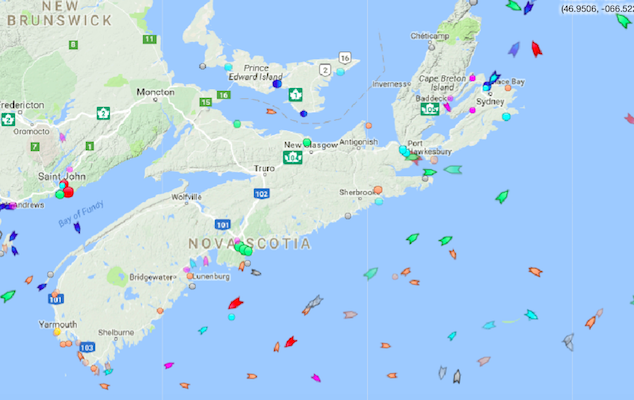 This was my first time filling in as the Morning File Fairy (my words, not Tim’s). It’s been simultaneously fun, depressing, and heckin’ hard … and it’s given me a new appreciation for how much work goes into each of these. So think about subscribing and supporting this important work.

Have a rad day and remember: everyone is doing the best that they can (and even if they aren’t, try pretending they are. It helps, I swear).