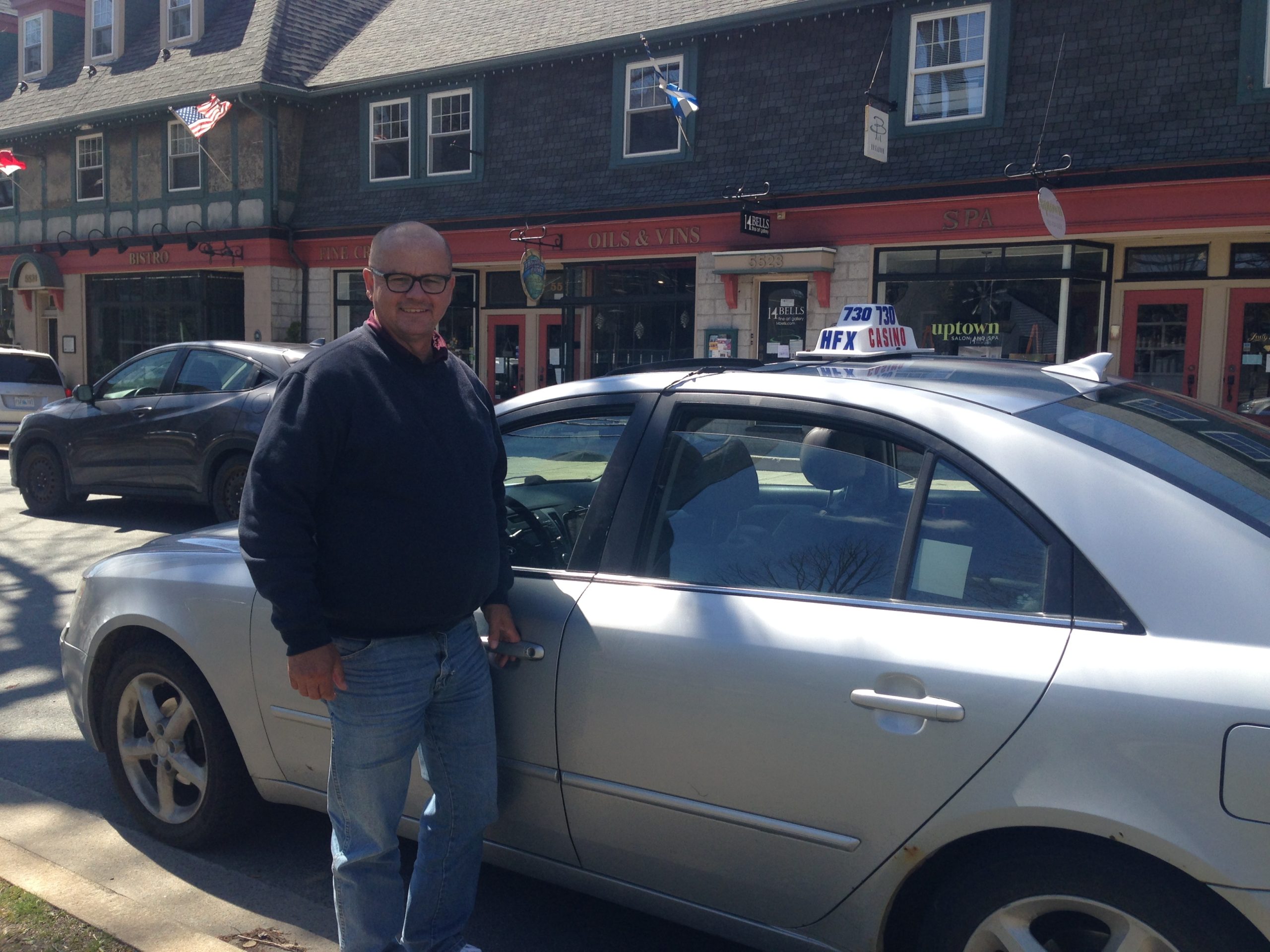 Halifax cab driver David Buffett says he’s never spent so much time cleaning his cab, which he cleans and sanitizes several times a day. He pays special attention to the interior and exterior door handles and the backseat on the passenger side where most customers sit now because it’s the furthest from the driver. He doesn’t allow anyone to sit in the front seat anymore. He uses medical-grade disinfectant wipes and Lysol to get into the crevices of the car. “My hands are dry from washing the car so often,” Buffett says. “I can tell you now, cabs have never been so disinfected.”

Buffett has been a cab driver in Halifax for 21 years. He estimated daytime business has dropped by about 50%, while evening work has dropped off about 90%. (Brian Herman, president and operations manager with Casino Taxi Ltd. says total daily rides are down by 70 to 72% since March 16. He adds that in recent weeks they were operating at about 160 active drivers. Compare that to late February we they were operating with 430 drivers).

Buffett says he misses working the night shift. Working the daytime shift means most of his fares are going to the grocery store, Walmart, or to and from work. “At night, they’re going out to dinner or for drinks, so it’s just a different conversation,” Buffett says. 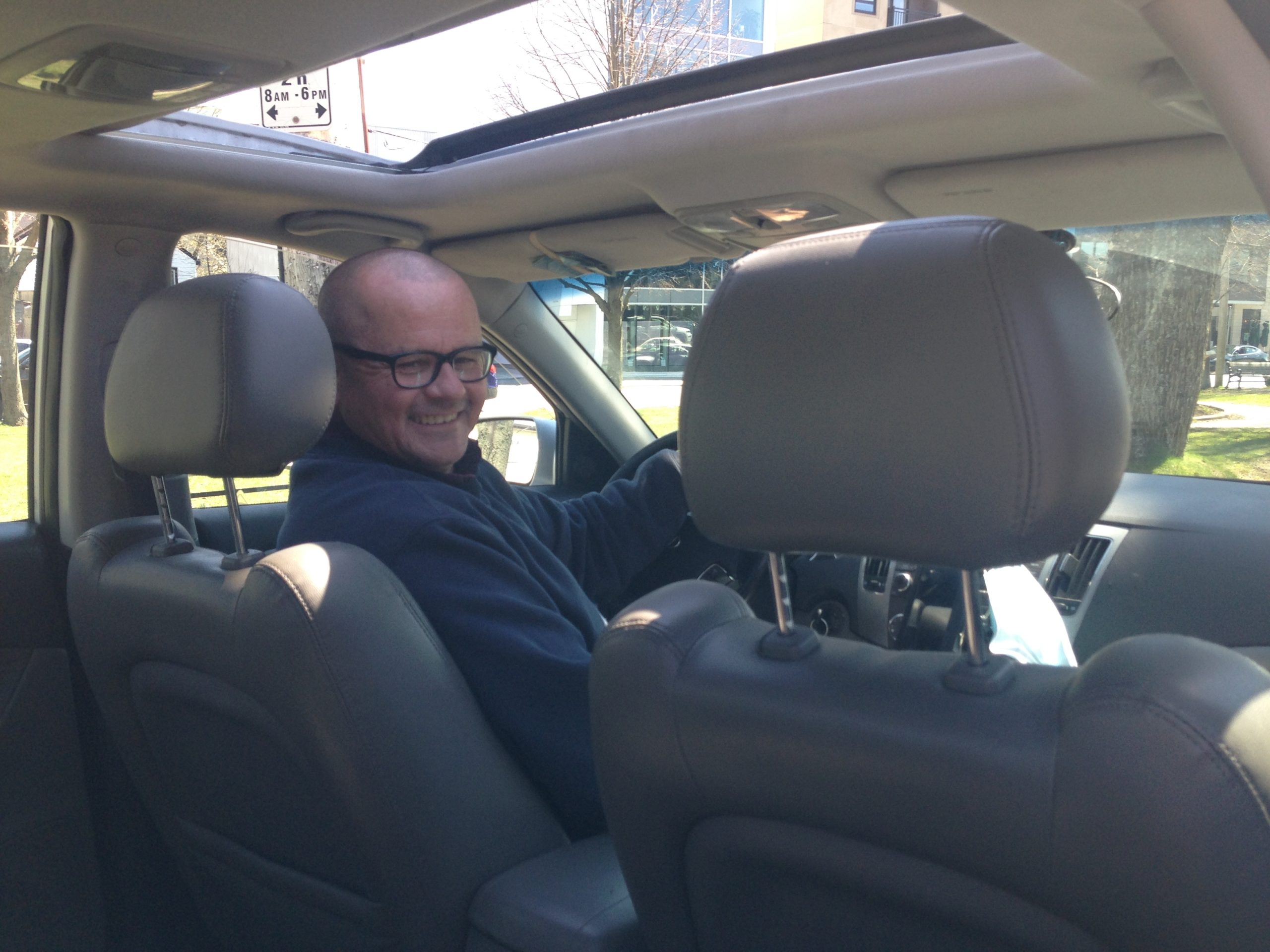 Right now, Buffett says he’s working 12 hours a day. That’s actually fewer than he usually works. “I haven’t had a day off this year,” he says. When he’s waiting for the next customer to pick up or he’s not cleaning the car, Buffett spends his time reading; he calls his choices “eclectic,” mostly biographies, mysteries, and suspense.

Buffet works with Casino Taxi, but cab drivers are self-employed. He says many of the drivers took the Canada Emergency Response Benefit (CERB) because they are older and more at risk if they are exposed to the coronavirus. Other drivers have young children at home and worried about bringing the virus back home to them. Still others are looking after elderly parents, another vulnerable group. “Most felt it was the best alternative,” Buffett says. 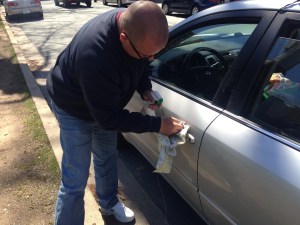 Buffett, who is 60, says it wasn’t a casual decision on his part to keep working. But he says he feels young and healthy enough to risk it and keep working. He will sometimes wear a mask, but finds it can fog up his glasses, which he needs to wear to drive safely. Car drivers are permitted to have a barrier between them and the passenger in the backseat. Buffett doesn’t have such a barrier, saying he prefers to keep disinfecting his car instead.

Buffett says the work still out there is being shared with the about 300 cab drivers still on the road. The loss in income is the biggest challenge right now. “If all of the more than 1,000 drivers in HRM were working, none of us would be working,” Buffett says. “I consider myself fortunate to have some work.”

Buffett still gets to chat with his passengers and COVID-19 is a big topic of conversation. But he says he finds most people are okay with the restrictions. “They are saying it’s a small price to pay in terms of health care.” 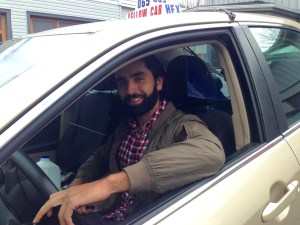 Cab driver Seyed Hashemi, who drives a cab with Yellow Cab, says of the 30 to 40 customers he has in a day, most of them talk about COVID-19. Some are scared about the virus, but he says some of those conversations include conspiracies about COVID-19 and what the passenger read on Facebook.

“You hear so much, you get to a point where you filter it,” Hashemi says. “I laugh about it. You don’t want to think about it too much.”

Hashemi has been driving a cab for five years now, first to pay his tuition at Dalhousie where he studied industrial engineering, and now full-time. He usually serves areas in Halifax, primarily the peninsula, but these days he takes passengers just about everywhere off peninsula. If there’s one perk lately it’s no traffic. “You can go to anywhere on the peninsula in about 10 minutes,” Hashemi says.

He’s noticed the hit in business, too, with bars and restaurants closed, but also there are fewer flights coming in and out of the airport, so that means fewer passengers for those trips, which are typically good fares. With the loss of those good-paying fares, tips are down, too. “Most people are lower income and don’t have a car,” Hashemi says. “People aren’t in a position to tip.”

Hashemi says a lot of the drivers, like those with Casino, are older and more susceptible, so he says the fleet at Yellow Cab is down by half.

Hashemi says about 70 to 90 % of the customers now are people going shopping, to the NSLC, or even people heading to a friend’s house just to say hello from outside the window.

There is an increase in one type of customer, however: those who used to take the bus. “I’ve had many people tell me they’d rather take the bus, but they feel safer in a cab,” Hashemi says.

For safety, Hashemi has put up a plastic barrier between the front and back seats of his car. “I was one of the first to do that, but now I see about 80% of the guys have it,” Hashemi says. 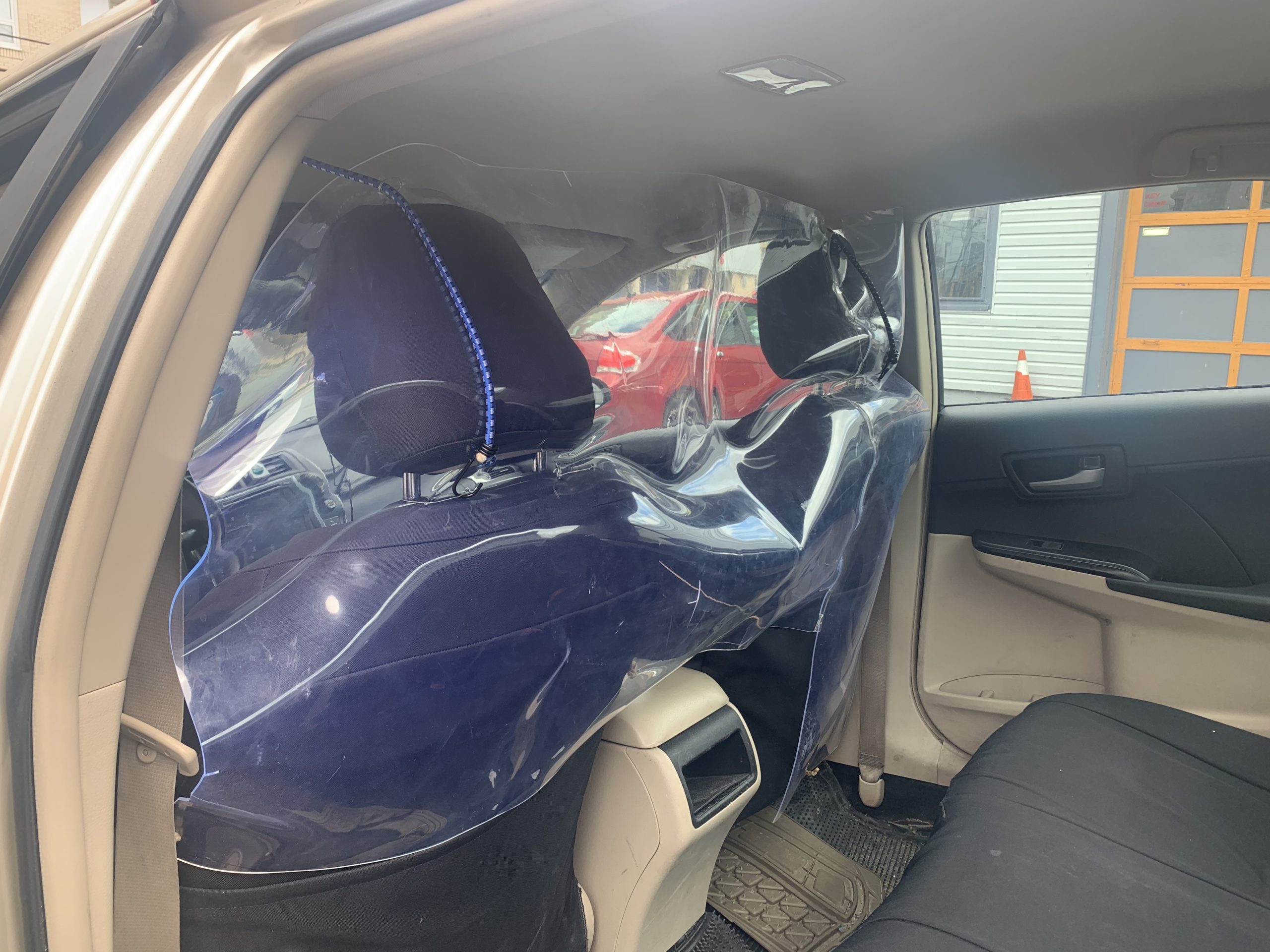 Hashemi installed this barrier between the front and back seats of his car. Photo: Suzanne Rent

Like Buffett, he makes the front seat off limits to passengers. And he’s always cleaning his car, too, including the debit machines and all the door handles. He uses gloves and sometimes a mask.

Some of the routines for picking up customers have changed, as well. Hashemi says he’d typically help customers put their groceries or other packages into the truck. Now, he says, passengers prefer to do that themselves.

He gets calls from people at Northwood or at the hospital. He doesn’t ask personal questions, though. “You can’t help correlate those two things,” he says.

On his down time, he listens to audio books, will grab a coffee somewhere or he will drop by to his parents’ home and say hello to them from outside.

Hashemi says drivers are working hard to make sure their cars are safe for passengers. Like Buffett, he prefers working the night shift, but for now, those passengers are staying home. “I hope this is all over soon and the bars are open and we can start going back downtown again and start making money,” he says.