You are here: Home / Featured / From panic to positive action: building a better response to the pandemic 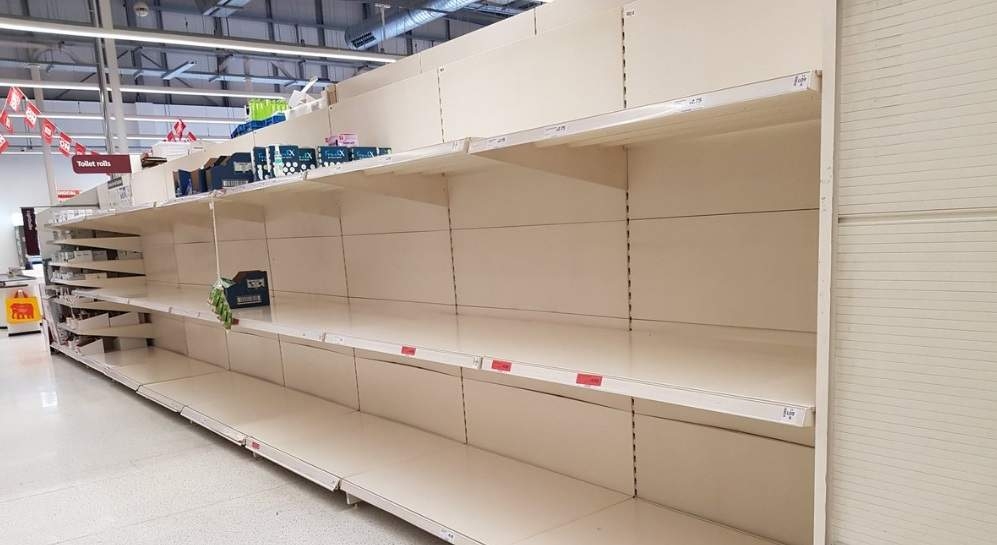 When it comes to pandemic panic, Dalhousie University sociology professor Howard Ramos feels like he’s been living with it longer than most.

Ramos was in Japan and Taiwan until the end of January. He left the region just as the spread of COVID-19 was reaching the point it’s now at in Nova Scotia.

He said the toilet paper hoarding phenomenon actually started in Japan, where it began creeping its way across the globe in lockstep with the spread of the virus.

“It started through somebody who took a picture (of empty shelves) at a convenience store and then put it on to social media and then it became fake news. Then it spread rapidly throughout Japan and then that got attention outside of Japan,” Ramos said.

“It spread through Taiwan as they began getting their first cases, and it’s just jumped from one country to another in terms of the toilet paper.”

Toilet paper might seem like a bizarre impulse buy in the midst of a pandemic that doesn’t cause bowel issues. But Ramos said in situations where people have no control, they tend to look for things they can control. For many, stockpiling items offers that illusion.

“In terms of the toilet paper, often what ends up happening in that reactive period of trying to do something in a situation where you feel you can’t do anything is you look to what other people are doing,” he said. “And if you see that your neighbours are buying a bunch of toilet paper, well then there’s a herd mentality where you feel that you need to buy toilet paper.”

Ramos said the best way to snap people out of that mentality is by instilling trust in leadership and ensuring coherent and timely messaging is coming from trusted officials in positions of power. He concedes this isn’t always easy, especially in a country where each province and territory has its own recommendations and guidelines.

“We have this unevenness of information that we have to wade through. But the Public Health Agency of Canada has done an exceptional job, and Theresa Tam (Canada’s chief public health officer) has been very clear and incremental in her messaging,” Ramos said.

“For anybody looking at what to do, I would highly recommend looking to that agency and looking to her Twitter feed as she gives regular updates.”

Ramos believes the “real work” in this early stage of the pandemic is convincing people it’s a serious issue and everyone has a role to play in reducing the spread of the virus.

“If you look at some of the trajectory, the time to act is really within the first week after it hits 100 cases,” he said. “If you look at countries like Hong Kong, Taiwan, Singapore that acted aggressively in that first 100 cases, they were able to flatten out that curve and slow down the infection rate.”

He said his key message is that people follow the advice of public health agencies and seek reputable sources of information on the virus, like the daily reports provided by the World Health Organization.

“I know you are looking for something to do, I know you’re worried, I know you feel that stocking up is going to help you and your family,” Ramos said.

“But the best thing you can do is to act by practicing social distancing, which means trying to stay one to two metres from others, avoid crowded spaces, hand washing…I’ve been saying to folks that power and money are very poor tools to navigating a health crisis. Science on the other hand is very effective.”

Shead said it’s not easy to cope with feelings of helplessness when faced with a rapidly evolving and unknown situation like a pandemic. But panic buying supplies you don’t need helps no one. His advice is for people to remain informed, but actively take breaks from social media.

“I think it’s all just very upsetting to see all of these different accounts around the world, and It’s fuelling some of the panic and disquiet. Maybe limit the amount of information that you’re consuming via social media,” Shead said.

“You need to stay up to date as to what’s going on and with the recommendations, but maybe not just going down rabbit holes and focusing too much on this stuff that other people are posting. You don’t know how reliable the information is.”

In the midst of the panic buying that’s stripped store shelves of toilet paper and hand sanitizer, one Halifax-area resident has created an online group she hopes will change the way people deal with COVID-19.

Amber Tucker started the forum Caremongering-HFX to help the community respond in more positive ways to the challenges presented by the pandemic. The grassroots initiative echoes other such groups across Canada and was established to ensure the region’s most vulnerable members have access to necessities, even if supplies are depleted due to stockpiling.

Since its creation on Friday, the number of group members has grown from 100 to more than 4,700.

Spreadsheets now detail what items people need and match them with those who can spare them. Free services are also on offer, ranging from an ‘errand squad’ of volunteers in Prospect offering to help people in self-isolation to an art studio offering free arts and crafts takeaway kits for children.

The online forum is also a place where people can ask questions. It offers up to date information on COVID-19 from reputable sources that include provincial public health officials, the World Health Organization, the Centers for Disease Control and the Red Cross.

Marine Decaillet is one of the page’s administrators, and no stranger to health crises. She has a masters degree in cultural anthropology with a specialty in health migration and mediation. She worked in western Africa during the ebola epidemic and wrote two masters theses about the social response to the outbreak.

“With every epidemic we see social rumours,” she explained.

“There are a lot of similarities. The type of rumours that are being spread, the way people spread them, the reactions, all of those are similar.”

Decaillet said she’s seen posters distributed in Dartmouth telling people they can easily determine if they have the virus by holding their breath. She said others are spreading equally dangerous misinformation, claiming that the virus can’t survive temperatures higher than 27 C, or sharing ineffective home remedies they say will treat or even cure COVID-19.

She said the Halifax caremongering group is meant to be a place where people can get factual, accurate information and find safe ways to help others in the community. She said she and the other page administrators are happily taking shifts and sacrificing sleep to ensure they can answer questions and post important information for the group’s members.

“We are doing our very best to create a platform where people can share when they’re anxious, get moral support from other people, get supplies if they need to, just have a space to liberate themselves from this panic,” she said.

The outpouring of support from people wanting to help their neighbours and community was something Decaillet also saw in western Africa during the ebola epidemic. She recalled the “great solidarity” she witnessed during the outbreak, and believes she’s seeing the same thing happening here in Nova Scotia.

People want to be involved and do something positive in the face of adversity.

“This has the power to actually build communities as well. People  are already talking about why not do this kind of needs matching services outside of epidemics,” she said.

“There are vulnerable populations that need specific help all the time. Why not spread that later on?”