RCMP say a pizza delivery driver called 911 just before midnight Thursday to say that a shirtless man wearing a diaper and a mask like Jason from the Friday the 13th movie franchise jumped in front of his car on Highway 102 near the Aerotech Business Park.

The man then jumped back off the road and ran into the woods near exit 5A, said the driver, who was heading toward Halifax after a delivery at the airport.

Mounties were already on their way to that area because another motorist had reported a similar incident at around the same time and location. That driver described a shirtless man wearing light-coloured shorts and a mask like the one from the Scream movies standing on the side of the road.

For future encounters with masked men at the airport, here’s a handy field guide to scary movie characters.

Jason Voorhees is the “Jason” of the Friday the 13th movies. He was born in 1946 in the small town of Crystal Lake, with all sorts of ugly facial deformities that got him ridiculed and such. He eventually drowned in the lake, but not really or rose from the dead or something, and he wrapped a burlap sack around his ugly face and began haunting people. In 1984 Jason went and murdered a bunch of people, the first of whom had a hockey goalie’s mask with him, so Jason took the mask and replaced the burlap sack with it. He looked like this: 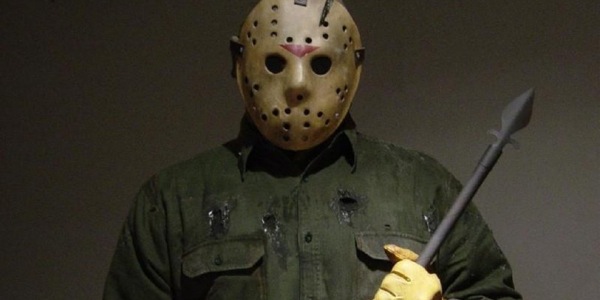 The Scream movie mask was an entirely different thing, not at all like Jason’s mask. It was called Ghostface, and was worn not by one misunderstood and possibly undead ugly guy, but by two kids named Billy Loomis and Stu Macher, who lived in the small town of Woodsboro. Billy and Stu found the old mask, based on the character in the Munch painting, and wore it to kill Sidney Prescott, a high schooler played by the fetching, but nonetheless 23-year-old Neve Campbell. No wonder the boys had such problems. Billy and Stu set out to kill Sidney because Sidney’s mom was getting a little on the side with Billy’s dad, and no, that makes no sense at all but reflected the messed up sexual mores of 1990s America. Anyway, Ghostface took on a life of its own, and different people wore it to murder all sorts of other people. Ghostface looked like this: 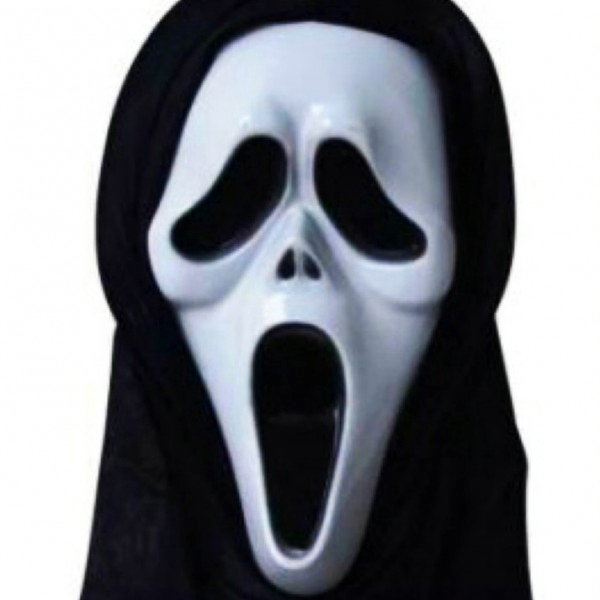 I suppose it’s possible that there are two different movie icons running around in the woods by the airport, but it’s more likely that Nova Scotians are woefully ignorant of pop culture references. And why they would call the cops on them, I don’t know.

Francois Brodeur was motorcycling the Cabot Trail along with an unnamed woman, and apparently ditched her without telling her. She looked around, he wasn’t there. She called the cops. Search and rescue, helicopters, the whole nine yards. He’s in New Brunswick, oblivious to all the commotion.

Wednesday, the Halifax Examiner called out the Chronicle Herald for failing to tell its readers that business columnist Peter Moreira has a financial stake in promoting the companies he writes about in his column. Yesterday, Chronicle Herald associate publisher Ian Thompson told us the paper will disclose that conflict of interest in future columns.Both the above-linked articles are behind the Halifax Examiner’s pay wall, and so are available only to paid subscribers; click here to purchase a subscription.

On average, 421 people were on each voyage of the boat in July, which is a substantial increase over June’s numbers. But the company hopes to get up to 700 passengers during the peak season.

Canadian Interuniversity Sport has fined Dalhousie University for unspecified payments made to hockey players by former coach Peter Belliveau, who was fired when the payments were discovered. Belliveau violated the rule: coaches are paid, athletic directors are paid, university administrators are paid, CIS officials investigating payments to athletes are paid, the refs are paid, the guy that cleans the locker room is paid, but athletes have to work for free.

Jim Meek has a few pints and grooves on diddley diddley music.

3. A creepy note from Hal

Bill Spurr interviews a retired guy who delivers the Chronicle Herald. I can’t help but wondering what the old guy gets paid.

Events in Ferguson, Missouri are disturbing, to say the least. The local police department has a history of questionable run-ins with hapless black people, including one guy who was charged with “destruction of property for bleeding on [officers’] uniforms while four of them allegedly beat him.” This morning comes news that a resident of the housing complex where Michael Brown was killed apparently witnessed the killing and live-blogged it on Twitter (in reverse order, click here to see the entire stream): 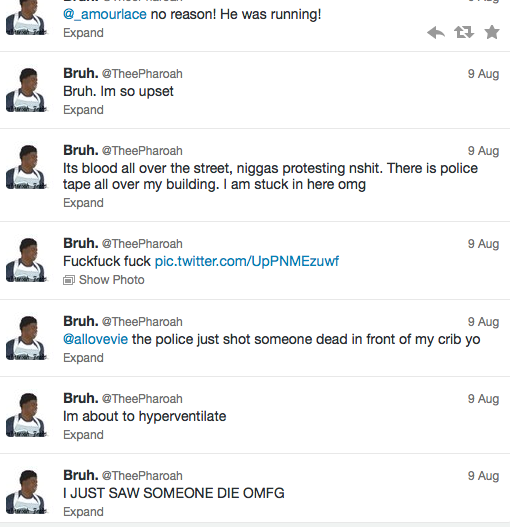 The situation has rightly gotten international attention, and local black activists El Jones and Ntombi Nkiwane are organizing a demonstration in solidarity with the people of Ferguson, to be held Tuesday at 4:30pm at Victoria Park.

Morning File isn’t published on Sundays, so see you Monday.