You are here: Home / Commentary / Frank Palermo on “five years of doing an experiment” with Switch: Open Street Sundays 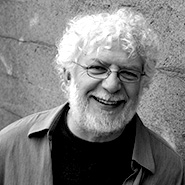 Frank Palermo is a professor of planning, director of the Cities and Environment Unit at Dalhousie, and founding board member of the Planning and Design Centre (PDC), the originators of Switch: Open Street Sundays. Though he grew up in Toronto, he has been in Halifax for over 30 years, and loves it here. I’ve heard Palermo speak a few times over the years, and he’s a vocal advocate for planning in the public interest. He’s also a fan of the big idea.

Last month I sat down with Frank Palermo to talk about the future of Switch: Open Street Sundays.

I’ve written about Switch before, but in case you are not familiar, Switch: Open Street Sundays is based on the Columbian idea of Ciclovia, which involves streets being closed to vehicle traffic on a regular basis, in order to create corridors throughout a city for people to move, gather, exercise, perform, etc. Ciclovia is serious in Bogota and throughout Central America where it is run by city departments with hundreds of kilometres of streets closed to cars on a weekly, routine basis.

The first Switch Halifax in 2012 was meant to be a sort of demonstration of what an “open streets” event could be for Halifax. The PDC took it on to demonstrate the possibilities, in hopes that the city would eventually take it over as a regular civic event. That hasn’t happened, though Switch has been incredibly successful in Dartmouth, where the business commission has taken the event under wing, and now regularly hosts Switch and other street closure events. In Halifax, while the events themselves are popular, they struggle with enormous costs created by city policies and provincial laws, and with the fragmenting of the routes due to new infrastructure like the North Park roundabouts. (Here’s another piece on the escalating costs of Switch.) 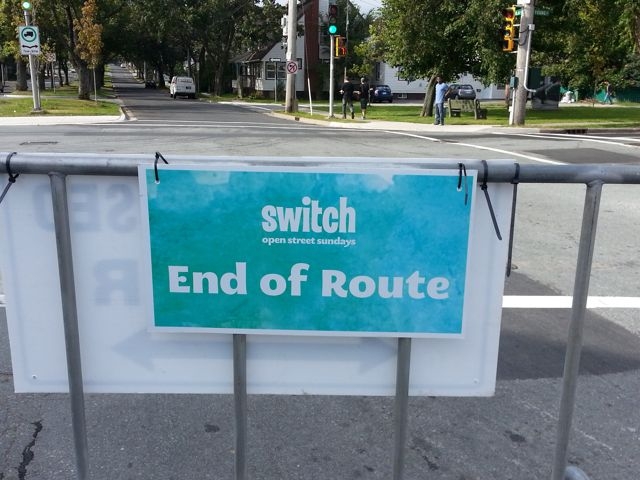 Here’s some of my conversation with Frank Palermo, edited for length and clarity.

On the trials and tribulations of making Switch: Open Street Sundays work in Halifax:

With Switch, they consider it a street closing. For us, it’s actually opening the street to people. But so long as it’s thought of as closing a street, they want to make sure that it’s only temporary and that the traffic comes first–the traffic implications are dealt with first. I think I had really hoped that by now we would have gotten over all of that, just by going through the experience.

I was just looking at the first report the PDC did and we were saying it was a great success, people were out in the street, we were going to do more of these, etc. And that was in 2012. Five years later, and in some ways we’ve stood still. In other ways we’ve advanced a little bit — HRM is taking responsibility in contributing a little bit in funding. The process, though, hasn’t really changed substantially. And it’s still this kind of special thing that happens.

So the route, instead of getting consolidated and extending, which is what we always thought, got broken into pieces. This year is longer overall, but it’s in pieces. We are losing that spirit of continuous route. You should be able to bring your kid on bike and know that it won’t end abruptly. From that point of view we are going backwards instead of forwards.

On Boston’s Recreation Sundays, which run every Sunday, all day, from April to November:

I saw Memorial Drive in Cambridge being closed very early on a Sunday morning, being closed till 6pm on a Sunday. This is Memorial Drive, one of the major routes through the city. Not a single policemen. There were a couple of signs, there weren’t even people guiding traffic. It has just become what happens on a Sunday. They announce it on the radio, that’s what’s happening. And it’s happening every Sunday, so they don’t have to make all these special arrangements. It just works.

On the road to hell (or at least to burnout):

Politically everybody is nice and supportive and everybody thinks it’s a great event and should happen. But, you know, at the political level I think there’s a feeling that they are doing everything they can to support this. At the technical level, the people there also feel like they are doing the best they can with the rules that they are operating under.

People are well intentioned. It’s hard to keep being angry with people who are doing the best they can. But I’m really upset about the fact that it is so hard and that it takes so long, and that it takes such perseverance to get just a little movement. But I’m not going to give up.

On untying our own hands:

I think we’ve ended up in a world, certainly in Halifax (and it’s true in other cities but I think other cities have found smart ways around some of this), we’ve ended up with streets and roads that are the domain of traffic engineers, and they are controlled by the Motor Vehicle Act, and that means that everything is around moving vehicular traffic through, with very little regard or concern for pedestrians, or bicycles, or human beings, or the market activity of a street, or the social function of a street, or the open space function of a street… We’ve lost all of those things, as we’ve codified what it is that can happen on a street.

So I think if legislation is keeping us from doing something, we shouldn’t just say it can’t be done, we should just change the legislation. That’s the conclusion that I’ve come to in this.

So you say, are you going to give up on this? This is the part that I’m not going to give up on. The part that says okay, here we are, starting in the 1950s or so cars just took over everything and we made a whole bunch of rules and now we’re stuck with them. I think that’s what we have to steer our way around. It involves the province in some degree, and it involves the municipality, getting together.

Other places are finding ways to do it.

On the uncertain future of Switch:

Whether [Switch] is the right strategy or not I think we’re going to have to consider that. All the effort and energy and money that goes into doing Switch… We have to fundraise basically in order to pay for the people to put up barriers and so on, which really to me seems senseless.

I’m not sure it’s the best way, at this point, after 5 years, for us to continue to do this.

I mean, people come out, it’s crowded, people seem to have a good time. They have smiles on their faces. The vendors are happy. The performers do well. It’s hard to see what the downside is, but we just can’t keep investing that kind of energy without moving the bar forward towards that larger goal of what streets are about.

On thinking big with the future of transit:

One of the things I’m going to start devoting more energy to is this idea of doing something much more bold and creative about public transit. Certainly starting with the peninsula and extending to the whole city. I just think we are operating in a kind of pre-21st century way, the idea that we can keep building these buildings and put a whole bunch of parking underground for them, and expect that cars will be the major way for people to get in and out of the central part of the peninsula and the centre area generally, is just antithetical to what we know from experience. Everywhere around the world cities around this stage in their life in terms of population have opted for big systems with dedicated routes, with the route in the central pat of the city actually serving the central part of the city. As opposed to every bus from every part of the city actually coming through the centre.

We need a bus system or an LRT system, we need something that is so fantastic that people are going to want to use it and it’s going to be dumb, the way that it is in many cities right now, to say I’m gonna take my car.

The way that most cities are dealing with that is that you just identify these transit routes and put in a light rail system that’s on the street. It actually helps with keeping the street safe, and makes the ride better.

The argument against any of these things is always well what are we going to do with the cars? In the long term we can’t be dependants on cars being the way to get here, otherwise it will all be cars and who will live here? If we make it all for cars, that’s not a place anyone will want to come.

On the speed of glaciers and investing in our future:

I think one of the problems is that in some ways the city is moving really fast-just look around us, all these cranes around us, in other ways it’s just glacial… Like this PDC thing [Switch]. Five years of doing an experiment. We just keep doing it. And I think some people must just be waiting for it fail and to say, well, I guess it didn’t work. Because every time it does succeed, all it does is buy us one more experiment.

There’s a glacial quality to the way we see the municipality on the public sector side moving. Whether you have a bolder idea, whether it’s about making the street more for people and bicycles or changing ideas about what public transit means, it’s always like, oh, I’m not really sure we can do it here, it’s too big for us, were not big enough, we can’t afford it, etc. And I think people just need a voice, the mayor’s voice, saying, hey, we are spending all kinds of money every day, and we have to invest in our future if we are going to be a city people want to live in.