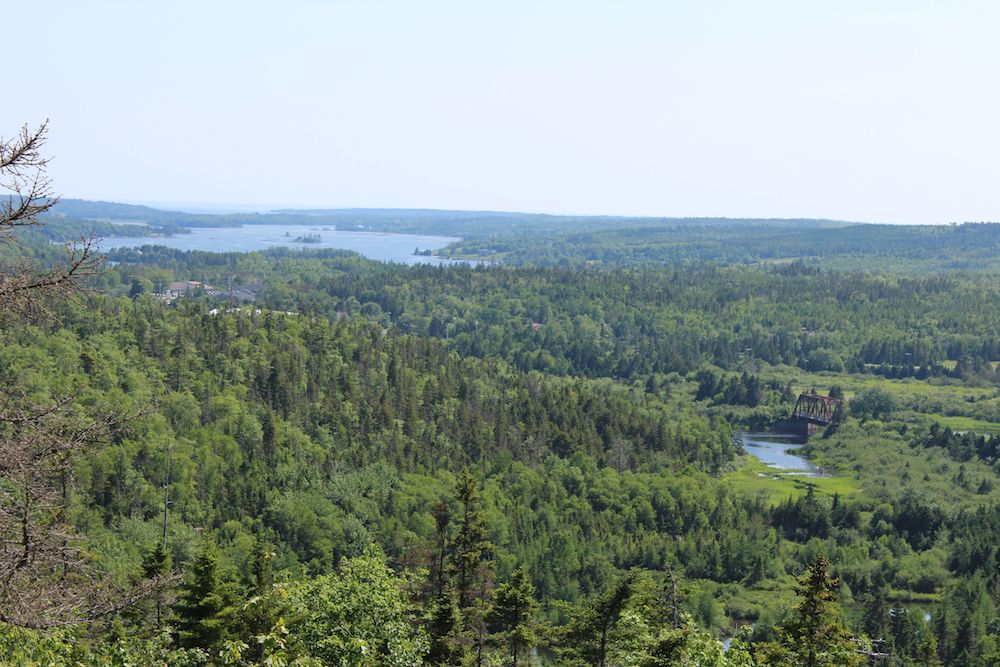 1. An article in the Chronicle Herald attempts to update us on court proceedings involving alleged invasion of patients’ privacy at Capital Health; a worker is accused of improperly accessing medical records of other workers. This is an important issue, and one that rightly should be followed by the local paper of record. Alas, the un-bylined piece is so poorly written as to be nonsensical. There is no proper lede, no coherent story line, and there are pronoun problems throughout. Evidently, all of the Herald’s copy editors have taken a five-day weekend.

2. How slow of a news week is it? Wendy Elliot, a fine reporter for the King’s County Register-Advertiser (or is it the Advertiser-Register?), had nothing substantial to report so interviewed Doug Hennigar, the cranky owner of Hennigar’s Farm Market, about what he thinks is an outrageous abuse of government power: the provincial transportation department wants him to stop planting flowers on the highway right-of-way. Really? Is Hennigar seriously arguing that we can plant flowers on Barrington Street, or on the 102? (Here’s a picture of the garden; the transportation department wants just the four feet on the road’s shoulder removed.) Anyway, with their assignment editors out at the cottage, weekend reporters for both the Chronicle Herald and CBC got in on that puff piece action.

3. Health officials say the gastrointestinal illness that struck up to 70 guests at the Delta Halifax last week was probably norovirus, which is best known for making cruise ship passengers sick. The good news is nobody has gotten sick recently.

5. Lawrencetown Beach is so busy with novice and wannabe surfers that the province has increased the number of lifeguards on patrol, bringing in two from Australia and one from South Africa. It appears there’s something of an international labour market in lifeguarding, with local lifeguards heading to the southern hemisphere, and vice-versa, during the respective winters. There hasn’t been a drowning on a provincially lifeguarded beach since 1973.

2. What’s wrong with the Ceeb?

Dan Leger, whose long career includes a stint at the CBC, offers worthy advice: “The challenge is to foster that culture among TV viewers with programming that is distinct from what’s offered on Global, CTV and the American networks. Covering car accidents and tawdry crime stories on the suppertime news doesn’t do that.”

No meetings or events are scheduled today, but click here to find all local Canada Day events for tomorrow.

Peter Twohig, the professor of Atlantic Studies at Saint Mary’s University (and not the Australian author of the same name), publishes the delightful blog, Weird Shit in Historic Newspapers, chronicling, well, weird shit in historic newspapers. I can, and sometimes do, spend hours getting lost in the archives.

We make use of MaritimeTraffic.com to learn about the ships that come to Halifax. The site also has a nifty smart phone app for $4, so when you’re out on the boardwalk and see a ship, you can easily find out where it’s coming from and such. One neat feature on the site and app is an map, showing all ship traffic on the planet. Here’s a screenshot of traffic around Halifax this morning:

I took some personal time yesterday and hiked the Admiral Lake Loop Trail off the Musquodoboit rails to trail project. It’s a great, fun hike. Start a couple of kilometres down the rail trail at the trailhead, and then the trail loops about five kilometres, with another few kilometres for side trails to lookoffs, which provide fantastic views into the White Lake Wilderness Area and out over the ocean. The Musquodoboit Trailways Association has done a good job siting the trail, which passes through or by every interesting site in the area. It’s a bit of a tough trail, not for the novice hiker, and good hiking boots are a must. I hiked about 13 kilometres total, but three-quarters of that was up and down, scampering over rocks and such. If you’re up for that, I recommend it.