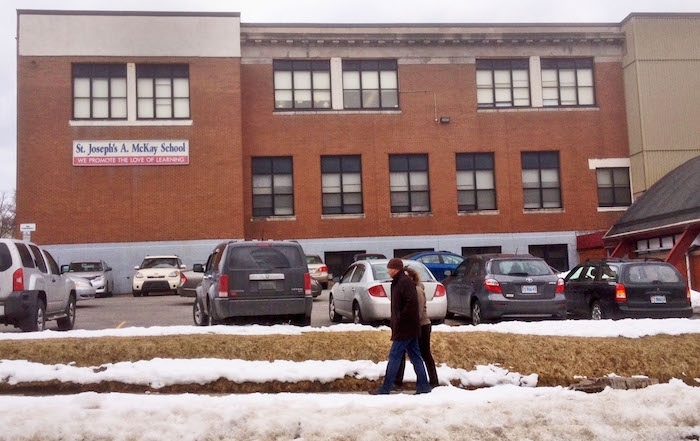 Michael Patrick McNutt is this morning being charged with 27 counts related to the sexual abuse of children.

Investigators with the Special Investigation Section of the Integrated Criminal Investigative Division have charged a man in relation to multiple historical sexual assaults that occurred throughout the Halifax region.

Police began an investigation in October 2016 after several victims came forward to report historical sexual assaults that occurred in the 1970s and 80s at different locations in the Halifax region.

Investigators arrested Michael Patrick McNutt without incident at an address in Halifax at approximately 8 a.m. on January 23. McNutt is facing 14 counts of gross indecency and 13 counts of indecent assault as per the criminal code that was in effect at the time the offences occurred. He is scheduled to appear in Halifax Provincial Court today.

The 13 victims were youths at the time of the offences and McNutt was in a position of trust in relation to the victims, as a teacher and/or volunteer coach. We are not releasing any further details to protect the identity of the victims.

The investigation is ongoing and investigators anticipate laying additional charges. They believe there may be other victims and encourage them to contact police. They want victims to know they will not be judged, and will be treated with compassion, dignity and respect throughout the entire investigative process.

Sexual assault investigations are complex. As part of our victim-centered, trauma-informed approach to sexualized violence, we work closely with victims to ensure they’re willing to proceed with a police investigation. Police must also ensure the victim’s privacy is upheld and well-being is fully considered.

A Halifax man who has been convicted of sexually abusing three boys was sued yesterday by three other men who say they were also his victims. Another two alleged victims have already filed suit against the man, and an active police investigation is looking at the possibility he abused dozens of boys.

Michael Patrick McNutt, 64, lives in Halifax’s north end. In the 1970s and 1980s he was a math and science teacher at Sir Robert Borden Junior High in Dartmouth. He then briefly left teaching to work at a Wendy’s restaurant, but within a year or two returned as a substitute teacher at St. Joseph’s–Alexander MacKay and Westmount schools in north end Halifax, and possibly also at Graham Creighton Junior High School in Cherrybrook. He also coached hockey, baseball, and football teams. McNutt continued as a substitute teacher until 1994, when he pleaded guilty of sexually assaulting a male student in 1987. After that conviction, McNutt was employed for seven years at the KFC on Spring Garden Road, working his way up to a supervisor position. He has since retired.

Through the years, McNutt has faced 15 charges — six for sexual assault, five for sexual exploitation, two for gross indecency, and one each for invitation to sexual touching and an indecent act. He’s been sentenced for three of those charges — two sexual assaults and the indecent act, for which he received a conditional sentence of house arrest that expires on October 20, 2017. The other charges were either dropped entirely or withdrawn when police began to understand the scope of the allegations and formed an investigative team called “Project Apollo” to more fully investigate them.

The Halifax Examiner learned of Project Apollo earlier this year. As it is an active police investigation, we’ve agreed to withhold details of that investigation until charges are laid or the investigation is ended.

But we can tell you that police believe that there could be dozens of other victims, and that the alleged victims identified so far were aged eight to 15 years old at the time of the abuse.

The Halifax Examiner reached McNutt this morning by phone, but he declined comment. “I have no idea what you’re talking about,” he said politely, “and I don’t want to discuss this with the news.”

Besides the McNutt case, I’m aware of about 15 other allegations of sexual abuse of boys in Nova Scotia, with perhaps as many as 50 potential victims, but I suspect that is only a tiny sliver of the full extent of such abuse.

Sexual abuse of children has occurred pretty much everywhere there are children: in schools, churches, orphanages, group homes, youth facilities, on sports teams, and so forth.

The now-adult survivors I’ve read about and talked to come from all walks of life. They’re rich and poor, successful professionals and people involved in the criminal justice system. Some have happy marriages; others struggle to date. For all, the sexual abuse of their past was and is traumatic; for some, it’s debilitating, and a handful have taken their own lives.

Also, I think such sexual abuse can reverberate in our society in unhealthy and unpredictable ways. It’s been hidden away too long. 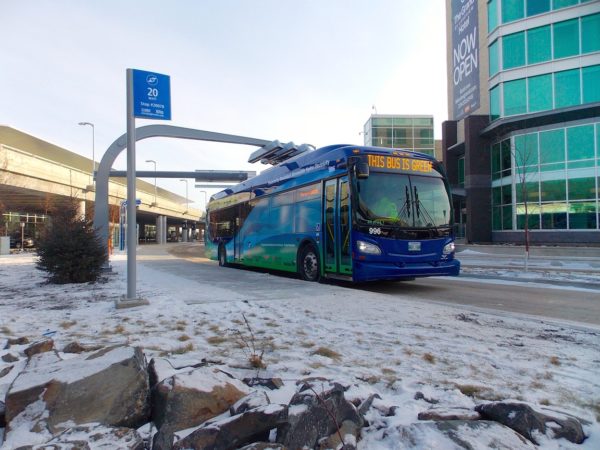 Butler gets into the whys and hows of electric buses, explaining that electric buses save money for transit agencies and are better for the environment.

Click here to read “How and why electric buses will (probably) come to Halifax.” 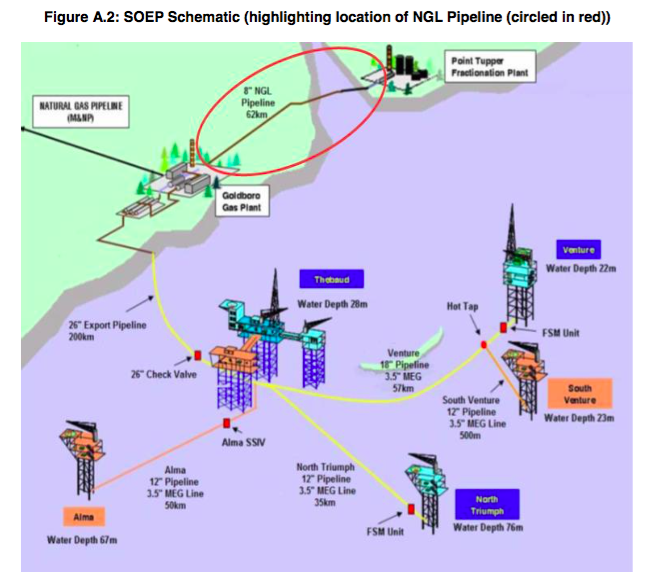 ExxonMobil has submitted its plan to abandon the natural gas pipeline connecting the Goldboro Gas Plant to the Point Tupper Fractionation Plant to the Utility and Review Board (UARB). The pipeline abandonment is part of the decommissioning of the Sable Offshore Energy Project (SOEP).

All above-ground facilities related to the pipeline will be removed, but the underground pipe itself will be “flushed internally, capped and abandoned in place. The right-of-way will be revegetated and allowed to return by natural succession.”

“Councillors want a cheaper police budget, but they also want to consider adding to it by making criminal record checks free for volunteers,” reports Zane Woodford for StarMetro Halifax:

That $30 fee was almost eliminated last year in an effort to remove barriers for volunteers, and now councillors want to revisit the issue as part of this year’s budget process.

The board of police commissioners voted to reduce the cost of criminal record checks for volunteers from $30 to free in November 2017, and the reduction was reflected in the board’s original proposed 2018-2019 police budget at a cost of $252,156.

Halifax regional council voted last year to send that budget back to the board, asking it to cut $550,000. Putting the $30 fee back in was one way it decided to save some money.

In November, Jennifer Henderson reported that Halifax police are actually profiting from criminal background checks, pulling in over half a million dollars more in fees charged to volunteer and job seekers than it costs the department to run the checks 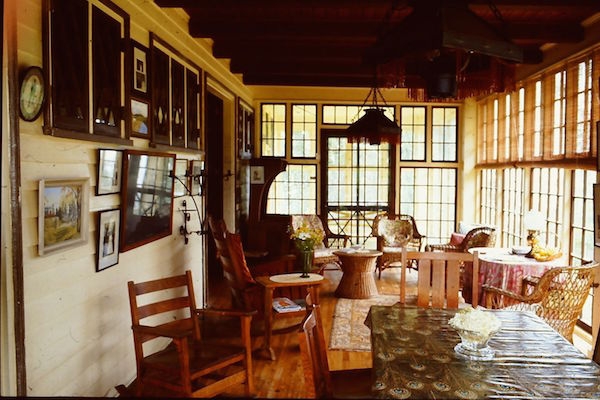 Stephen Archibald remembers a summer house he and his wife Sheila used to stay at in Chester:

My version of the creation legend is the house was built by a wealthy lady from Baltimore who was a cousin of Nathaniel Hawthorne (or was it James Fenimore Cooper). The woodwork was prefabricated in the states and shipped up here in the first years of the 20th century and all the original furnishings were bought from the Gustave Stickley furniture company. During the WWII the house was used by Norwegian Naval officers who had been at sea when their country was occupied.

Houses similar to this were built in places like coastal Maine and the Adirondacks by people wanting to escape the summer heat and unhealthy air of the big American industrial cities. It was designed for informal living and we were probably using it as the original occupants intended. When new, the craftsman style house would have felt very modern, a rejection of the fussy, over the top decoration of the Victorian period.

He includes lots of photos, but be sure to read to the end for the fun death of Chatterton cat memes.

Transportation Standing Committee (Thursday, 2pm, City Hall) — the committee will be receiving the report on the Macdonald Bridge ramp, which I discussed yesterday.

Natural Resources and Economic Development (Thursday, 9am, One Government Place) — a per diem meeting. 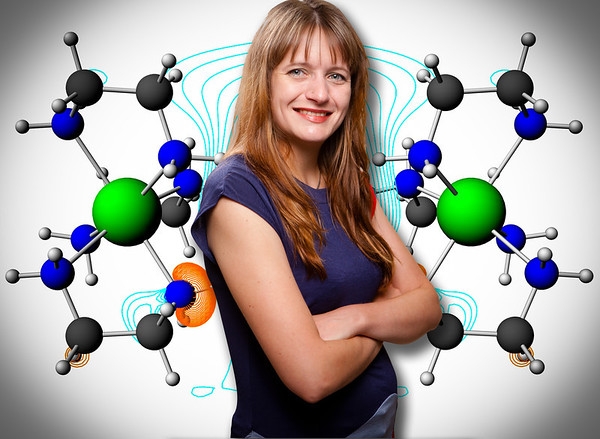 Fateful Decisions: Reckoning with the Climate and the Future (Thursday, 7pm, in the theatre named after a bank in the building named after a grocery store) — Lydia Patton of Virginia Tech will speak.