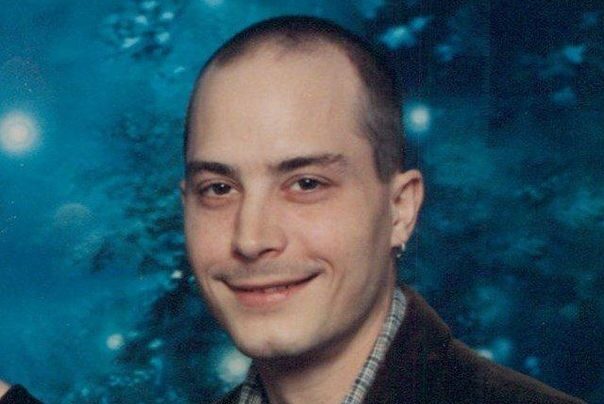 “While the death of Corey Rogers is sad and tragic, it did not come as the result of criminal negligence,” Justice James Chipman wrote in his decision on Thursday.

Rogers, 41, died in a cell at Halifax Regional Police headquarters on Gottingen Street in June 2016. He’d been arrested a few hours earlier outside the IWK for public intoxication. The officers who arrested Rogers placed a spit hood over his head as they brought him into cells, and he eventually vomited into the spit hood and asphyxiated, according to his official cause of death.

Special constables Dan Fraser and Cheryl Gardner were working as booking officers in the cells at HRP headquarters that night, and were responsible for checking up on Rogers after he was placed in a dry cell, one without water or even a bench. They didn’t check on him as often or as thoroughly as dictated by policy, and Fraser claimed to have checked on Rogers after he was already dead, falsifying records in a log book.

Fraser and Gardner were charged with criminal negligence causing death. They were convicted following a jury trial in November 2019 and sentenced to probation and community service. In January 2021, the Nova Scotia Court of Appeal unanimously overturned their convictions, ruling that the trial judge had failed to properly instruct the jury on the elements of the offence of criminal negligence causing death.

The Court of Appeal ordered a new trial, which took place before a judge alone, Chipman, in March.

On Thursday, Chipman acquitted Fraser and Gardner, finding that their behaviour was in line with the usual, accepted practices at HRP cells. In his decision, Chipman wrote, in part:

Undoubtedly, both accused persons exhibited imperfect behaviour and at times demonstrated poor judgment. With the benefit of hindsight, we now know that Mr. Rogers ought to have received prompt medical attention. Indeed, the reality was that he had deteriorated (due to the effects of the bolus event coupled with his earlier drinking) past the point of being a threat and therefor, the spit hood should have been removed. Presumably because prompt medical attention would have occurred, these actions may have saved Mr. Rogers’ life. Nevertheless, the fact that the accused did not enter the cell, remove the spit hood and get Mr. Rogers required medical attention does not in these circumstances, equate with guilt of the criminal charge.

Given all of the evidence and law, I am of the view that the behaviour of Ms. Gardner and Mr. Fraser at the relevant times does not amount to a marked departure from the standard of care of a reasonably prudent booking officer in the circumstances.

In the result I acquit special constables Cheryl Gardner and Dan Fraser of the charged indictable offence. While the death of Corey Rogers is sad and tragic, it did not come as the result of criminal negligence.

Meanwhile, the Nova Scotia Police Review Board recently released a decision on punishment for two of the three officers involved in Rogers’ arrest and booking at HRP cells: constables Justin Murphy and Donna Lee Paris.

As the Halifax Examiner reported in December 2021:

An internal Halifax Regional Police investigation by Supt. Colleen Kelly found all of the three officers breached at least one section of the provincial code of conduct for police officers. Unsatisfied with that decision, Rogers appealed it to the Nova Scotia Police Review Board.

Over five days in June 2021, a three-member panel of the board heard testimony in the case, and lawyers for Rogers, the three officers, and the police force made closing arguments in September.

On November 29, the board released its decision, upholding some of the original disciplinary defaults and overturning others. The board cleared Morris, the officer who first encountered and arrested Rogers, of all wrongdoing.

The lawyer for Rogers’ mother, Jeannette Rogers, had argued the officers should lose their jobs.

While Halifax Regional Police weren’t the subject of the hearing, the board also suggested HRP should implement new training for officers on: “Recognizing the signs of extreme intoxication;” “Addiction informed approaches to interacting with intoxicated people, and any other form of crisis intervention training that will assist in preparing the Officers for interacting with members of the public living with addiction in the course of their police duties;” and “De-escalation and conflict management when dealing with civilians, but particularly those who are under the influence of alcohol or drugs.”

There’s no obligation for the police to heed that suggestion.