Metro reporter Haley Ryan puts a human face on the people who find themselves homeless in Halifax. 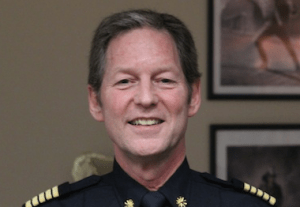 A handful of other issues will be discussed at Tuesday’s council meeting — I can’t wait for the debate over the Fences and Detention of Stray Livestock Act — but the dominant issue will be the “operational review” of the fire department. I discussed that in detail in the preview to Tuesday’s council meeting, and concluded that after his predecessors spent 15 years mismanaging the department and ignoring council direction, fire chief Doug Trussler has brought responsible professional management to the department.

That article is behind the Examiner’s pay wall, and so available only to paid subscribers. To purchase a subscription, click here.

Police received  numerous complaints from people who had their tires slashed overnight, twenty cars have been damaged. The incidents took place on Willow, Dublin and Duncan Streets as well as Chebucto Road. Police are still in the area taking reports.

A 17-year-old bicyclist struck by a vehicle while riding his bike has died. The incident occurred in Mill Creek, outside Sydney Mines in Cape Breton. There are no other details.

I know there are those who think MSG sensitivity is nonsense, but I beg to differ. In my twenties, I had two particularly nasty encounters with Chinese food. The first involved hugging the commode for six hours after a hearty meal of General Tsao’s Chicken in a rundown place with a predictable name — Great Wall or some such — in Ocean View, a seaside business district catering to underpaid sailors from the nearby Norfolk Naval Base. Maybe I should have expected as much. But the second was in Los Angeles; after lunch at an upscale Chinese place in Westwood I found myself rolling around vomiting in an alley behind some chic garden apartments. It’s a wonder the cops weren’t called.

Ever since, I’ve spent decades doing the MSG dance. Is it insulting to ask if they use MSG? But how can you not ask if it’s going to make you sick? Do the Fusion places really not use MSG or are they just scamming foodie culture? Eight or nine years ago I asked a waiter at Fran’s/Fan’s, that place under the bridge in Dartmouth, if the food could be prepared without MSG and he said, “yes, but it won’t taste good.” For a while, a delightful young Chinese-Canadian woman had a MSG-free restaurant on Portland Street, but she’s since gone out of business. I once went to that Chinese place on Hollis Street; it had a wonderful atmosphere — my dinner date and I were the only people speaking English — but man, the MSG was so thick I had to leave off actually eating. Anymore, I just avoid Chinese completely.

Why do restaurant owners think it’s OK to poison their customers?

All of which is to say, I disagree with Frankie about the Chinese food, but the rest of his advice is spot on. Boots, people. Scarves. Plug in those devices.

In the first of a two-part series, Stephen Kimber interviews Mayor Mike Savage.

After lying about funding for the new ferry, Minister Michel Samson found himself on a golf junket to Florida, ostensibly to secure a deal to get a PGA event scheduled for the Cabot Links golf course. Michael Gorman, the Chronicle Herald’s Province House reporter, points us to the very funny @BluenoseHulk Twitter account, which “sent out a group of tweets inspired by Samson’s trip to Florida, which included some fine Photoshop skills.” Indeed: 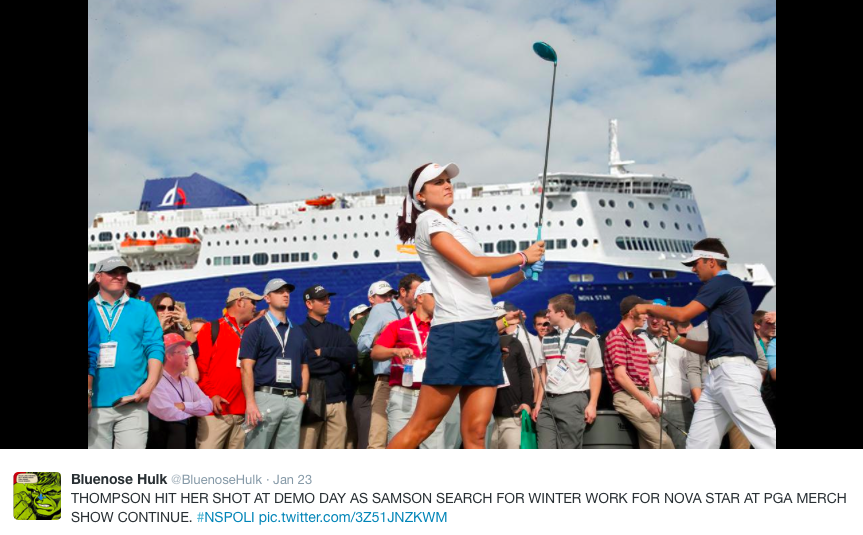 To the Truro Daily News:

I do not know about anyone else, but I am tired of receiving mail from/about Scott Armstrong.

There is at least one piece per month and it is simply Conservative propaganda.

Let us be realistic, Armstrong has absolutely no power in Ottawa, the same as 95 per cent of the members. He has not and will not do anything for his constituents, unless his boss decides to. Today’s “Should Canada’s laws be tough on dangerous offenders?” questioner is part of the ongoing publicly funded method of getting the party name in front of us and if someone responds as I did, then the Conservative effort has been a success.

I say enough, unless you have something beneficial to tell us.

Executive Standing Committee (10am, City Hall)—The committee is looking at the biannual stats about city employees collected by the HR department, except for overtime stats, which are given separately to the Audit Committee. Here’s the breakdown as of September 30:

District 7 & 8 Planning Advisory Committee (4pm, City Hall)—GTL Investments Ltd. is asking for what planning staff calls “non-substantive amendments” to the development agreement for a nine-storey apartment building on the former St. John’s Church site between the Hydrostone Market and St. Joseph’s A. Mackay and Shambala Schools. The changes are summarized as follows: 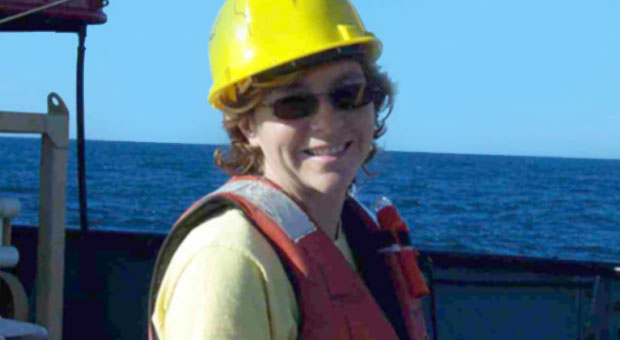 Ocean acidification (Tuesday, 11:30am, Room 3655, LSC Oceanography Wing)—Debby Ianson, Institute of Ocean Sciences, DFO, will talk about “Ocean acidification on the Canada’s west coast: What do we really know?” By my estimation, this is the most important environmental issue facing the planet. I’d like to go, but have to be at city council. If you’re a student and want to go, I’ll publish your report on the talk.

Meet the next president (Tuesday, 4pm, McNally Theatre Auditorium)—the university is going to trot out all the candidates to become the next SMU president. I don’t think anyone present will have any real input into the selection, but you’ll feel included, ya know? 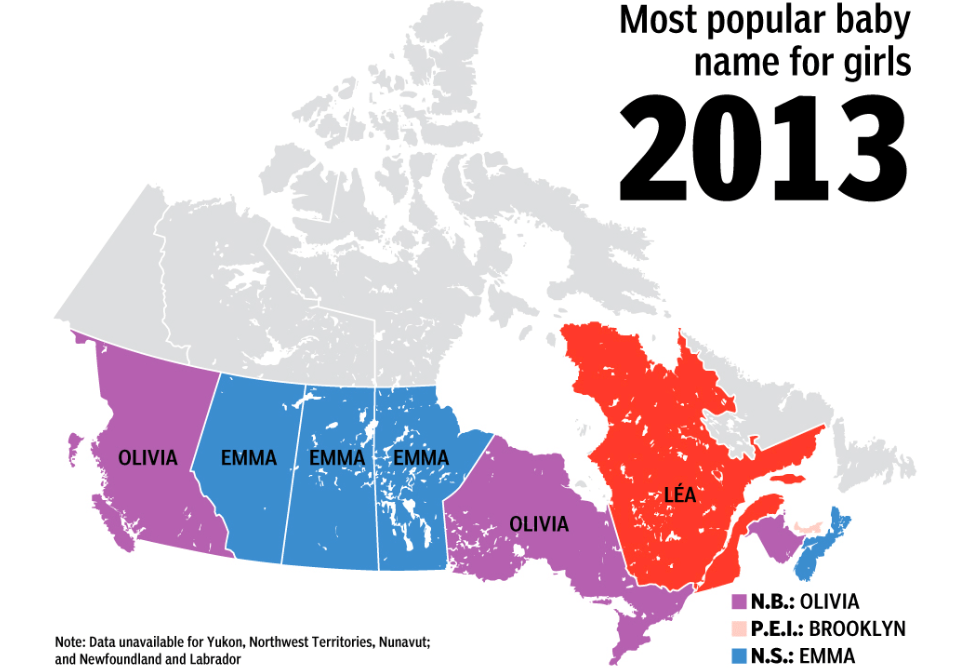 The National Post has dug through provincial birth records to discover that Canadian parents are hugely unimaginative. 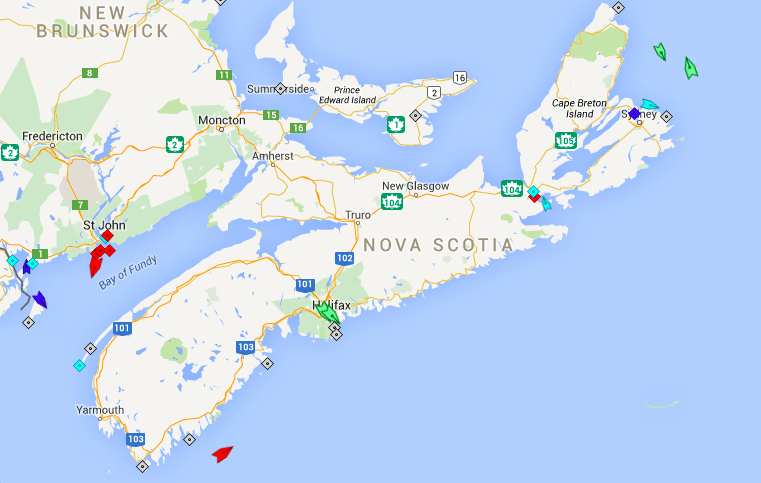 The seas around Nova Scotia, 7:30am Monday. Map: marinetraffic.com

Another day at the courthouse.