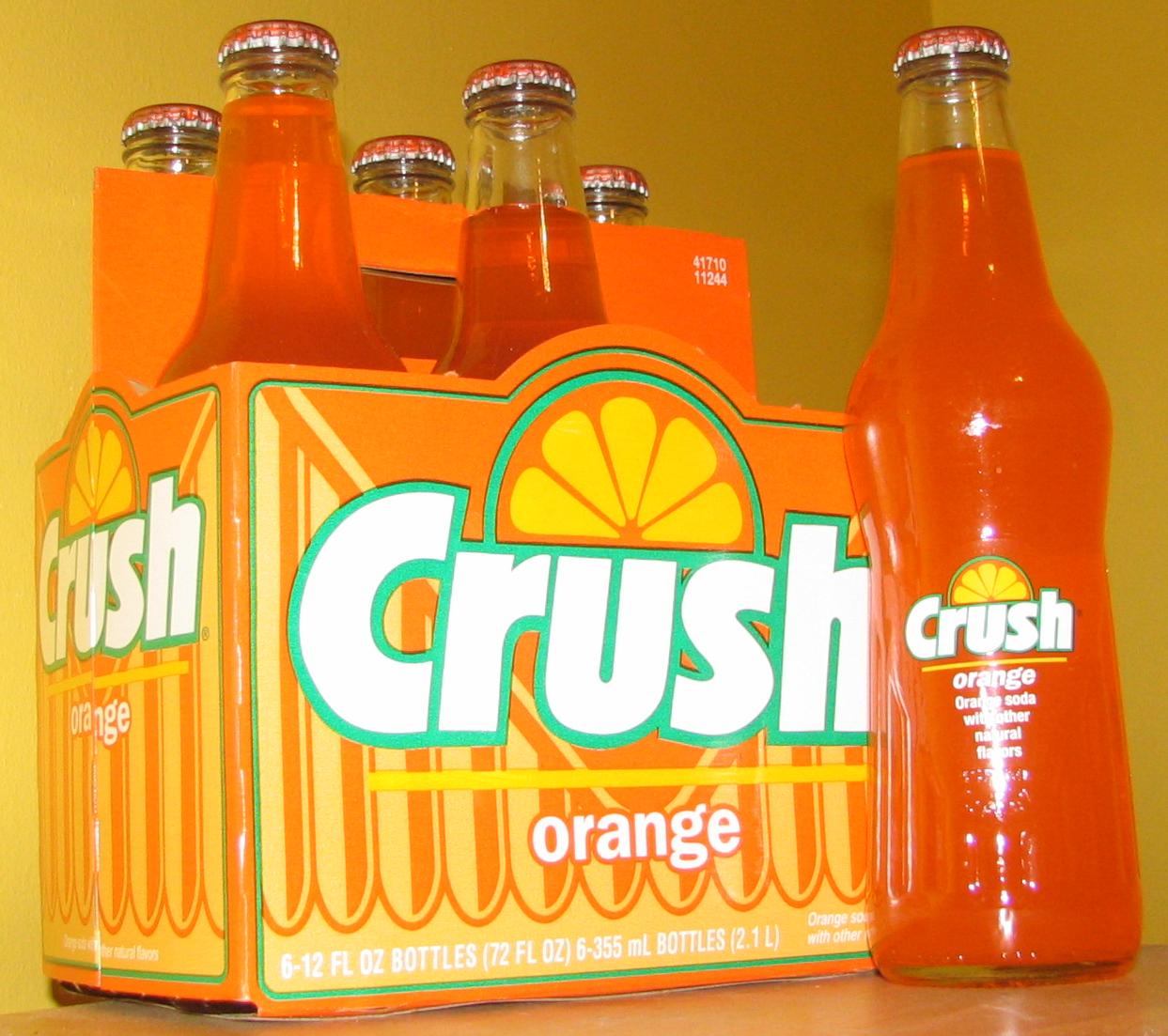 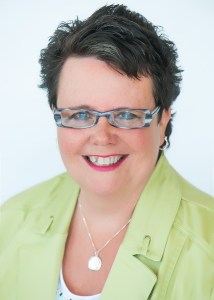 Her department estimates that the average Nova Scotian on income assistance stays on the program for four years. In other words, less than half the amount of time the minister herself spent on it.

She believes that up to one-third of Nova Scotians on social assistance are ready to wean themselves off the help, though was unable to provide exact numbers to back up her claim.

In the 1990s, after learning she was pregnant,

Bernard moved in with her parents, applied for income assistance and decided to earn a degree at Mount Saint Vincent University in Halifax.

“I never looked back,” she says. She soon moved out of her parents’ house and took advantage of every support program available.

I’m in no position to judge her circumstances or her decisions. In fact, I think most social programs should be expanded. Still, this comes across as stunningly hypocritical.

A new bill introduced by NDP MLA Dave Wilson will attempt to address the lack of sexual assault policies at the majority of Nova Scotia post-secondary institutions, according to Metro Halifax’s Julia Manoukian.

After 2013’s rape chant scandal at Saint Mary’s and the Dal Dentistry Facebook fiasco last year, this might be one of those rare private members’ bills that gets passed.

Key points of the proposed legislation

In another fairly progressive move the NDP is asking for all senior appointments to Crown corporations be vetted by committee, according to the CBC. This would also include top appointments at provincial agencies and boards.

This is a government that has pushed more and more of the decision making into these unelected, unaccountable, not very transparent entities of government. If you’re going to do that then the public accountability process needs to be tightened up and improved considerably 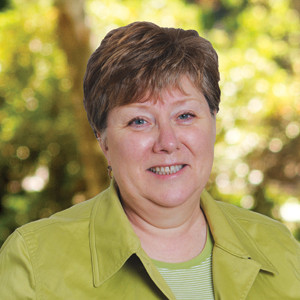 The caveat in this motion, however, is that the deputy minister in charge of the respective department would have to appear before said committee within three months after the hire. This makes it a mostly toothless motion. Unless the committee can prove the already-hired candidate was grossly underqualified, had fibbed on their résumé, or had really messed up in those first 90 days, their continued employment in the role is virtually assured.

It would make far more sense to build a two-week period into the hiring process for the committee to approve or reject the preferred candidate prior to them starting the job. It would also cut back on the likelihood of wrongful dismissal lawsuits. 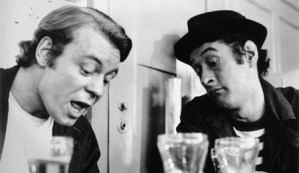 Bubbles and Julian (not exactly as shown)

While Screen Nova Scotia cautiously supports the revised film tax credit plan, I suspect this will continue to dog the Liberals throughout their term in office. Especially if the next season of Trailer Park Boys becomes an homage to Going Down The Road.

In a nutshell, Cawsey suggests that if a Nova Scotia university student remains in the province and pays taxes for five years upon graduating, their student loan would be forgiven.

Here’s her stab at the economics:

University in Nova Scotia costs about $5,500 per year. The provincial income tax rate for someone earning $40,000 is 14.5 per cent or $5,900 (the average salary in Nova Scotia is $43,000, including those without university degrees). So if the government offered free tuition after five years of paying taxes in Nova Scotia, they could cover the loan in the first four years and make a profit in the fifth.

While I applaud any innovation to make education more affordable, I have a few slim bones to pick.

First, I’m willing to bet that the average graduate isn’t clearing $40,000 in their first five years in the job force unless they came out of a very select handful of programs. Engineering, certain trades, maybe business. The average salary may be $43k, but that takes into account a large percentage of people who’ve been in the workforce for decades. That’s not to say this isn’t still a worthwhile idea, just that the province wouldn’t likely be making a profit off the vast majority of these loans, as Cawsey suggests.

Second, she makes no mention of whether or not these graduates would have to make payments on their student debt for the five years leading up to that wonderful forgiveness date. If so, would those payments then be credited back to them?

Third, I’m naturally leery of any op-ed piece which uses a quote from NSBI head Laurel Broten to bolster a claim toward greater economic self-sufficiency.

Regardless, it’s an idea with merit.

With Bill-100 still on the table at the legislature, Saint Mary’s professor Judy Haiven takes a look at the Liberals’ antagonistic attitude toward labour in the province.

A detailed list of the comings and goings of seafaring vessels will be back before weeks’ end, I promise.

According to Tim’s template, I’m to “insert navel-gazing here.”

In brief, I work in media in a variety of roles and formats, from broadcast to print to digital. It’s really all I’ve ever done since discovering the joys of being a late-night punk rock DJ at a college radio station out west in 1986.

I currently produce the Halifax Examiner’s radio show/podcast Examineradio, sit as the chair of the board of directors at CKDU, and work on the organizing committee for the Canadian Association of Journalists’ 2015 conference being held next month here in Halifax (plug: ever wanted to see Seymour Hersh, Canadaland’s Jesse Brown,  and our own Tim Bousquet in one room? Tickets are available to the public).

And finally, I’m an Albertan. You know, one of those hordes of westerners who moved here to Nova Scotia for work. What surprised me actually, after moving here, was how many other Edmontonians I came across. And not just students, either. The genius chef running the kitchen at Stillwell? Edmonton. The hard-working Station Coordinator at CKDU? Another Albertan. The list goes on.

A big part of what’s kept me here (beyond a wonderful seventh-generation Bluenose wife and a daughter who’s never known another city) is the feeling of community and a sense of being able to be part of the civic processes. I don’t presume to speak for all the other ex-pat Albertans making their homes here, though I believe the community must play a role. They certainly didn’t come out here to get rich.

Alberta, since approximately five months after I was born, has been a one-party state. Where if you didn’t agree with the “bigger is better, oil will save us all” mentality, you were relegated to the fringes. That all changed last night when a former neighbour of mine swept the provincial conservatives into the “dustbin of history.” It’s only a handful of hours since the NDP were formally declared the new government in my home province, so my euphoria hasn’t worn off yet.

Still, the sheer arrogance of (now former) Premier Jim Prentice and many of his cabinet members in the weeks leading up to the election hews closely to the lines being spouted by this province’s elected officials. (Remember Finance Minister Diana Whalen’s comments that, while the slashed Film Tax Credit may not work for those in the industry, “It works for government. It works for us.”?)

The Alberta Tories had 44 years to achieve that aura of disdain for the bulk of its citizens. The Nova Scotia Liberals have come close to that benchmark in only 18 months.

Thanks to Tim for allowing me (and Natalie Chavarie, Jeff White, El Jones and Rachel Ward) an opportunity to step in as guest editors this past week. Morning File returns to its regular format beginning tomorrow.