For instance, as a 1960s Black girl growing up in a working-class community in the American Midwest, I learned to pity two groups of my peers: Black youths who were dispatched every summer to visit relatives in the Deep South and Black kids who attended Catholic schools.

For it was generally understood that Black children who travelled to Dixie ran the sizeable risk of never returning home alive. Consider Chicago native Emmett Till, 14, who in 1955, was beaten to death for the alleged offence of “whistling” at a white woman while visiting kin in Mississippi. Grotesque photographs of Emmett’s body in an open casket struck a special terror in Black children throughout the land. “I wanted the world to see what they did to my baby,” his mother said.

In 2017, media reports revealed that Emmett’s accuser, Carolyn Bryant Donham, had recanted her incendiary charge. Her family refuted her recantation and Donham has since gone radio silent.

As for Black kids enrolled in Catholic schools, the pity directed toward them was three-fold. First, Catholic school teachers were generally viewed by most Blacks as “mean” (at best).  Second, the Catholic faith did not cultivate singers such as Sam Cooke, Aretha Franklin, or Marvin Gaye, all of whom were brought up in the traditional Black church. On that note, see Remastered: The Two Killings of Sam Cooke for a riveting overview of the singer’s life.

And third, at a time when my hometown boasted elementary schools that bore the names of  Black figures such as Benjamin Banneker (astronomer), George Washington Carver (agronomist), and philosopher Alain L. Locke (I’m a Locke school alum), it seemed foolish for Black parents to pay for their children to attend schools named, in the main, for white “saints.” Unlike in Canada, religious schools in the US do not receive government funding. They’re privately run by church administrators. Translation? Tuition must be paid. 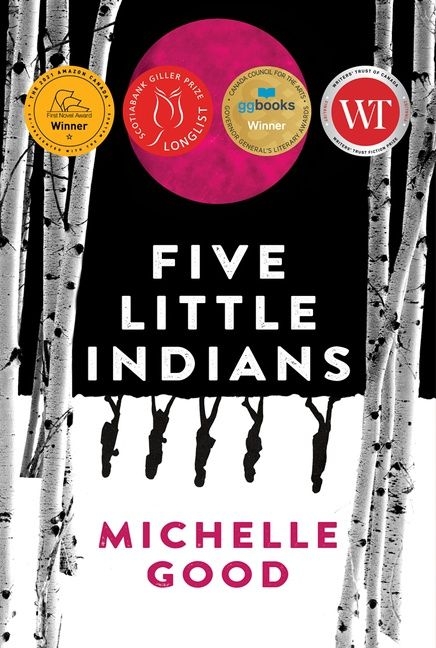 Hence, I was heartened to learn that Five Little Indians, the debut release by Cree writer Michelle Good was last week named winner of the 2020 Governor General’s Literary Award for English-language fiction. “Powerful testimony, expertly crafted and wisely observed, tragic yet full of redemptive moments,” the jury said about the novel that recounts the experiences, over several decades, of five Indigenous children who are removed by from their homes and dispatched to a remote Mission school in BC.

There, Kenny, Lucy, Maisie, Clara, and Howie struggle to survive in a world where they are summarily beaten and raped (now soft-pedalled as generic “harm”) by nuns and priests. As he makes plans to flee the hellish institution, Kenny (again, a child) reflects on the friends he’s leaving behind.

“He thought of Howie, small and bloodied,” Good writes. “He thought of Lucy, shorn and scabby. …  He thought of the big cop who’d dragged him back to the school the last time — the one who wouldn’t believe him about what Brother was doing. He thought of his mom. A long, low sob fell out of him and the tears flowed. He felt like he was crumbling. He steadied himself, placing his hands on his knees.”

Released from the residential school at age 16, the teens are then shunted off (with prayer cards) to the downtown Eastside of Vancouver, a district notorious for high rates of drug use, homelessness, sex work, poverty, crime, and mental illness. Readers outraged by the atrocities exacted upon First Nations should know that Michelle Good brings new meaning to the hidden burial sites (see Kamloops), lobbed trailer hitches (see Barbara Kentner), and bedside humiliations (see Joyce Echaquan) that have sparked recent headlines.

For aspiring novelists grappling with voice, character development, structure, plot, pacing, dialogue, movement back and forth in time, Five Little Indians (nine years in the making) serves as a master class on creative writing.  Approaching the closing pages, I wondered if Good would make good (pun intended) on a riff related to a character named John Lennon. She delivered. 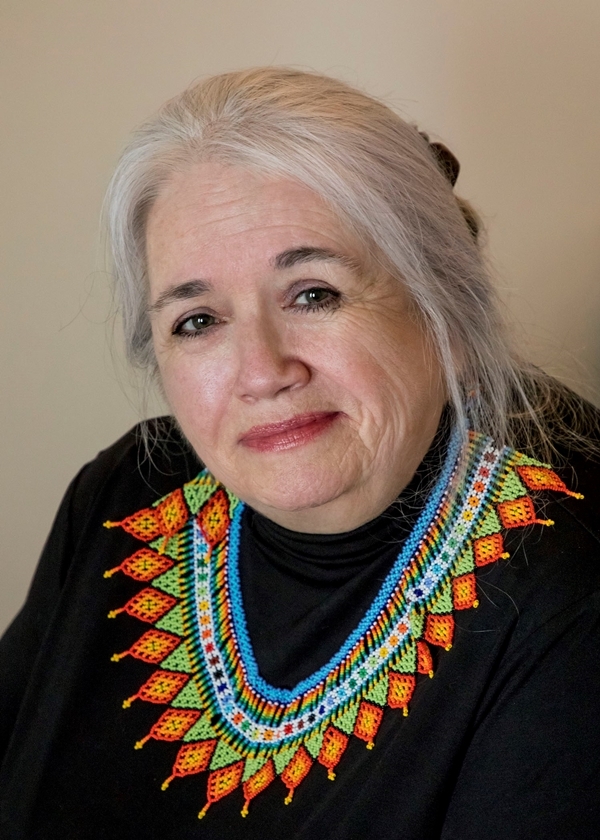 As it happens, I was honoured to interview Michelle Good (via Zoom), last fall. Trained as a lawyer, the daughter of a residential school survivor told me that Five Little Indians stands as her response to those who kept asking why Indigenous people “can’t just get over it?” “It was clear to me that they didn’t understand the depth of the suffering” she said.

In press accounts since her GG win, Good has elaborated on the truths that the Canadian government, the Catholic church, the RCMP, and “old stock” settlers have systemically denied or minimized. “They’re asking us to forget 150 years of taking our children away,” she told a reporter. “It’s 150 years of children between the age of 6 and 16 being raised by institutions, taken from their family, taken from their community under great threat. …  How could anybody forget that?”

Prompted by Good’s remark, I retrieved from my nightstand a 2013 booklet titled (Official Denial) Trade Value in Progress by Leah Decter and Jamie Isaac. Therein, the authors reprint the statement that former Prime Minister Stephen Harper issued at the September 2009, G20 Summit in Pennsylvania. While bragging about Canada’s economic strength, Harper, channeling his inner Pinocchio, declared. “We also have no history of colonialism.”

And let’s revisit former Prime Minister Pierre Elliott Trudeau and the stance he took on Indigenous issues during the 1983 First Ministers conference in Ottawa: “If you no longer speak your language and no longer practice your culture, then you have no right to demand aboriginal rights from us, because you are assimilated with the ruling power,” he proclaimed.

Fast forward to the Right Honourable Prime Minister Justin Trudeau who  continues to “triangulate” on a First Nations class-action lawsuit centred on the underfunding of child welfare services that could have saved the lives of countless Indigenous people. This, a chump move sure to continue to tarnish his family name. Note to Ella Grace, Xavier, and Hadrien Trudeau: It’s not your fault.

Not long before her death in 2003, I was privileged to conduct a telephone interview with Mamie Till-Mobley. At the close of our conversation, I thanked her for putting a face on evil through the horrific visage of her only child. “I didn’t want my Bobo to ever be forgotten,” she said, calling Emmett’s nickname.

With Five Little Indians, Michelle Good has likewise gifted Canada with a courageous work that calls the country to account for inexcusable and irrefutable sins.