Tim just got back from a super-secret trip to Cape Breton. Don’t tell anyone. Do follow me on Twitter. 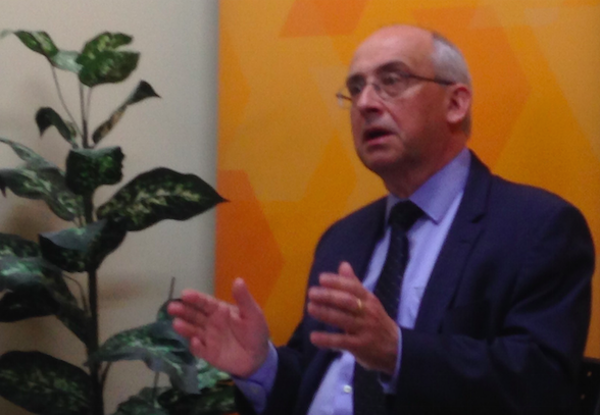 On the first day of the election campaign, the NDP focuses on more doctors, the Liberals double down on roads, and the PCs promise a new hospital.

Jennifer Henderson covered it all for the Examiner. Click here to read “Burrill argues for deficit spending to address healthcare.”

2. Matt Whitman won’t step down while running for office

Halifax municipal councillor Matt Whitman (Hammonds Plains – St. Margarets) is now running for office with the provincial Progressive Conservative party, in the MLA riding race of Hammonds Plains – Lucasville. And he says he isn’t going to step down from his municipal post “until” he wins.

Not stepping down until I win. Still doing the job every day, evening and & weekend. MLAs don't quit for #NSelxn https://t.co/K0iiDTQcXu

Of course, municipal council is supposed to be nonpartisan, and the race for the legislature is done via a party system. Running for MLA as an incumbent is a little different than having a commitment to ostensibly provide nonpartisan local services while cheering for your provincial team — the latter is kind of “bringing the party home with you,” so to speak.

I’m still doing the job daily. Every day every evening and every weekend. I’m booked in meetings downtown at City Hall and with my residents in HRM 13 for the next 30 days…

Whitman is probably best known for putting his foot in his mouth on the regular. Most recently, Whitman earned notoriety for video footage of him running around a car while yelling “Chinese fire drill.” He apologized but also called the ensuing outrage over his remarks, which many found racist, a “distraction.”

Now that he is running for provincial office, Whitman continues to politicize his Twittersphere — and calling women “females” — so this will surely end well:

I am thankful our @nspc leader works hard to get all PC candidates elected in all ridings. Not just some ridings & not just females #nspoli https://t.co/GQzX5wT7Ub

Anyway, you still have an hour or so wherein you can take this poll:

Hey Halifax people: would you rather have Matt Whitman…#nspoli

3. You think YOU hate paperwork?

Writing for CBC, Elizabeth MacMillan has a story about one Icelandic man’s journey through paperwork hell after an immigration officer wrote his name wrong decades ago.

At issue is his surname.

However, when he landed in Canada with his mother in 1969, his name was recorded as Thorsteinn Saemundsson — his father’s surname.

“I’m sure the immigration officer just said, ‘What do you mean none of the last names match?’ My father wasn’t even with us, he never came to Canada. So [the immigration officer] wrote down my father’s last name and that’s been at the root of this whole problem,” said Henrikson, who assumed his current surname in Grade 1 when his mother married his stepfather.

It gets worse. Henrikson says he hasn’t been able to speak to anyone to explain the issue, and that he’s been left wrestling with a faceless, nameless bureaucracy. As if to prove his point, the federal immigration department told CBC that “is most recent application still needs documentation to link Thorsteinn Saemundsson with Thorsteinn Thorsteinsson — for instance, a legal name change document, an adoption order or a marriage certificate.”

Of course, if Henrikson’s telling the truth, the whole problem behind his case is that this link doesn’t exist, because it was only the result of someone else’s clerical error.

There’s a lesson in all this about why phone trees and automation are awful, and why bureaucracy needs to have a face so it can be held accountable. I’m not sure what it is exactly, but it’s in there somewhere.

Right now, students in the Nova Scotia curriculum don’t learn about transgender identity until they’re in Grade 7, according to trans activists in Halifax. They have started a petition to have classrooms open the discussion earlier.

Haley Ryan, at Metro, heard from trans advocate Jessica Durling, who was one of the founders of the petition — and didn’t learn the terminology for her own experiences until she read a line in a sex-ed handbook in junior high:

“For all those years I felt like I wasn’t normal, like I was the only one like this in the world, and I had to grow up feeling that way. This isn’t right.”

Liberal community services minister Joanne Bernard had a lengthly plan to reform the department over the course of several years. But time could well be up for her party. What happens to the reform plans now?

Mike Gorman, writing for the CBC, reports that “What would happen to the work if there is a change in government is unclear,” but it sounds like NDP and PC party leaders would have different plans than Bernard.

Jamie Baillie, leader of the Progressive Conservatives, is focused on making it easier for people to get jobs. And Gary Burrill, leader of the NSNDP, says he doesn’t think reform has been effective and that “The word ‘transformation’ in the world of the Department of Community Services for me has come to mean a kind of draggy, pokey inaction.” 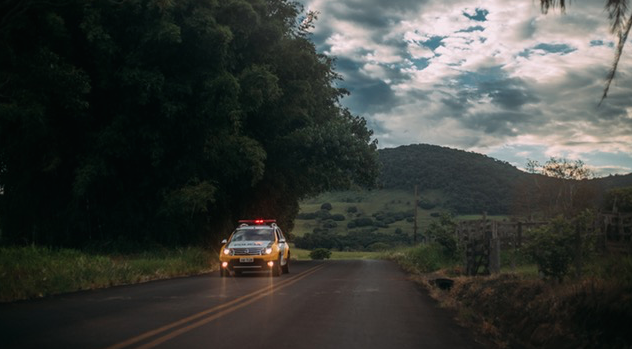 Police have yet to arrest anyone after a Dartmouth woman’s body was found dead last Thursday, according to LocalXpress.

A Shelburne man has been convicted of killing a dog after leaving his family Yorkie inside as his house in went up in flames. He was also charged for arson but was acquitted, Chris Lambie writes:

During the trial, the judge ruled the Crown could not prove that case because in the formal charge, it said the house belonged to the man and his wife, when really it belonged to the estate of the man’s father.

The man pled guilty to threatening to kill his ex-wife and other members of his family.

The girlfriend of Taylor Samson, the Dalhousie student who was killed in 2015, testified yesterday at the murder trial of his alleged killer William Sandeson.

Convicted human trafficker Owen Ross Gibson-Skeir will plead “not guilty” to charges that he threatened one of his victims outside the courtroom, Bruce Wark reports for Local Xpress. After Gibson-Skeir faced down a court decision that made him the first person to ever be convicted of human trafficking in Nova Scotia, he allegedly looked back at a 15-year-old girl (I believe she was the girl he victimized?), pointed his fingers in the shape of a gun, pointed to her and said “I’ll see you.”

What do you think of this courts/crime summary? Are you into it? Would you like it to show up more regularly — or less? Let me know in the comments.

1. A valiant defense of strawberry-growing

In his Local Xpress column, “Growing Food With Greg,” Greg Auton says that if you’ve heard strawberries are tough to grow it’s because you’ve been “listening to the wrong people:”

All you need to do is train the runners to go where you want them to grow, and then cover everything with two to three inches of mulch at the end of the growing season (November-ish). The strong and healthy plants will push through the mulch in the spring while the older, weaker plants will die, disappear and fertilize the soil. Aside from this task, the only real chore is harvesting and eating them!

People are still talking about the Fyre Festival, the Ja Rule-founded “luxury festival” that turned out to be an island disaster.

The baby born in the Bayers Lake Atlantic Superstore now has a year’s worth of diapers, thanks to the shop.

People are allegedly taking their shoes off in the Halifax Central Library. Ew.

Visiting the library – why are most people here taking off shoes and putting them on the tables? from halifax

I say “allegedly” because this act clearly goes against the Geneva Convention and anyone accused of this crime should have the right to a fair trial under international law.

There was a carnival in Dartmouth yesterday.

Speaking of Dartmouth — want to join a woodworking club? Dartmouth is the place for you.

Special Regional Watersheds Advisory Board (Wednesday, 5pm, Alderney Public Library) — nothing much on the agenda.

(Don’t know what a Doggo is? NPR has you covered on how we now speak about the bloofin’ lil’ woofers.)

Here’s another picture of a dog I found online.

What are you looking forward to this summer?☀️ ⠀ Do you have a big vacation planned? Or maybe a roadtrip with friends or family. Maybe you've got a plan to visit every waterfall in Nova Scotia, or take your dog to every off-leash trail you can find!⠀ ⠀ I can't wait for the warmer weather to arrive – it always lifts my spirits (these grey days are no good) 💛