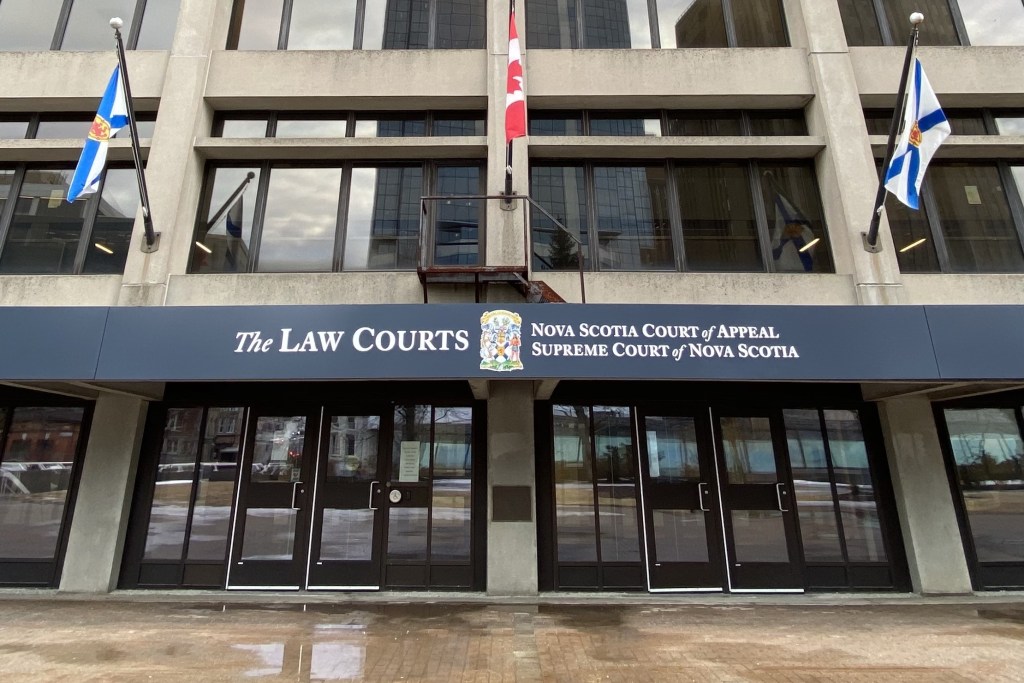 The Law Courts in Halifax in February 2020. Photo: Zane Woodford

The federal government claims an accused RCMP officer didn’t sexually assault a teenage girl in the 1990s — and if he did, he “was acting outside the scope of his duties as an employed officer of the RCMP.”

The girl, now an adult referred to in court documents as X.Y., is suing Halifax Regional Municipality and the federal government, as the Halifax Examiner first reported in January:

A Halifax woman says she was sexually assaulted by two police officers as a girl in the 1990s, and even after one of them impregnated her years later, complaints about the abuse went nowhere.

The allegations are contained in a notice of action filed by lawyer Michael Dull in Nova Scotia Supreme Court on Dec. 14. The plaintiff, X.Y., is suing Halifax Regional Municipality and the federal government.

The abuse is alleged to have started while X.Y. was living at Sullivan House, a Department of Community Services “safe house” for kids 12 and up who are “actively involved in sexual exploitation.”

The facility received referrals from the “Juvenile Task Force,” a joint Halifax police-RCMP project formed in 1992 “in response to the arrest of several Nova Scotians in connection with a human trafficking ring in Toronto, the rescue of multiple Nova Scotian women from this ring, and the public outrage and moral panic that ensued.”

At 13, X.Y. was the youngest resident at Sullivan House, and one night she left the facility to look for another resident who was missing. As claimed in the Notice of Action, while X.Y. was out looking, Halifax police Const. Brian Johnston approached her and invited her into a van.

“After the Plaintiff finished performing oral sex on Cst. Johnston, she exited the van and noticed that it was the Juvenile Task Force van. The Plaintiff then returned to Sullivan House.”

Around a year later, a Musquodoboit RCMP officer named Wade Marriott started picking X.Y. up at Sullivan House and taking her to his home.

“At this time, the Plaintiff did not know that Officer Marriott was employed by the RCMP,” Dull wrote.

At some point, other officers in the Juvenile Task Force learned of Marriott’s relationship with X.Y., and “The RCMP sent a Senior Member to investigate the allegations.” It doesn’t appear, based on the notice of action, that the investigation went anywhere.

X.Y. alleges Johnston later impregnated her, and she “received no support” when she tried to report what had happened. 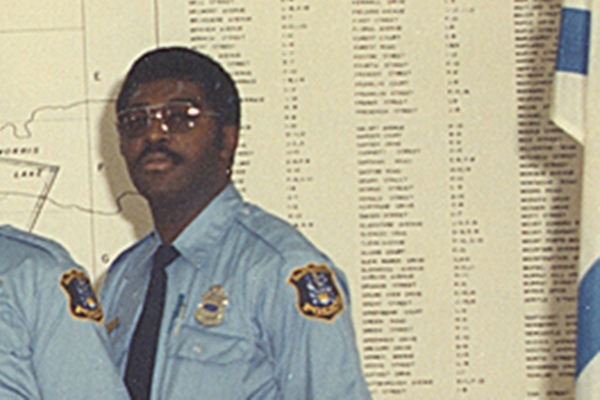 Brian Johnston as a new recruit to the Dartmouth Police in 1980. — Photo: Halifax Archives

The allegations have not been proven in court. The municipality has yet to file a defence, and Dull told the Examiner that’s because he’s agreed to give them more time.

But the federal government filed a defence in May, attributed to justice department lawyers Gwen MacIsaac and Sarah Drodge.

“Canada denies any vicarious or direct statutory liability arising from the alleged actions of Johnston,” MacIsaac and Drodge wrote.

And the municipality bears the sole responsibility for anything that might’ve happened as part of the Juvenile Task Force, they claim.

Canada admits that Wayde Marriott (Marriott) was employed by the RCMP from July 1993 until he retired in July 2017. Marriott was posted to H Division in Nova Scotia from January 1994 until September 2002, and to A Division in Ontario from September 2002 until his retirement. Marriott was not a member of the Juvenile Task Force during his employment with the RCMP.

Canada denies X.Y. was sexually assaulted by Marriott and further denies any vicarious liability arising from the alleged actions of Marriott.

In the alternative, if Marriott did engage in actions consistent with sexual assault, at all material times, Marriott was acting outside the scope of his duties as an employed officer of the RCMP and was acting as a private citizen.

Because “he was not acting in the course of his official duties,” MacIsaac and Drodge argued “Canada is not vicariously liable for Marriott’s actions.”

“Except as expressly admitted herein, Canada denies the balance of the allegations in the Claim and puts the Plaintiff to the strict proof thereof,” the lawyers wrote.

The Examiner will continue to check in on this case. If you know anything, please contact this reporter at the email address listed below.