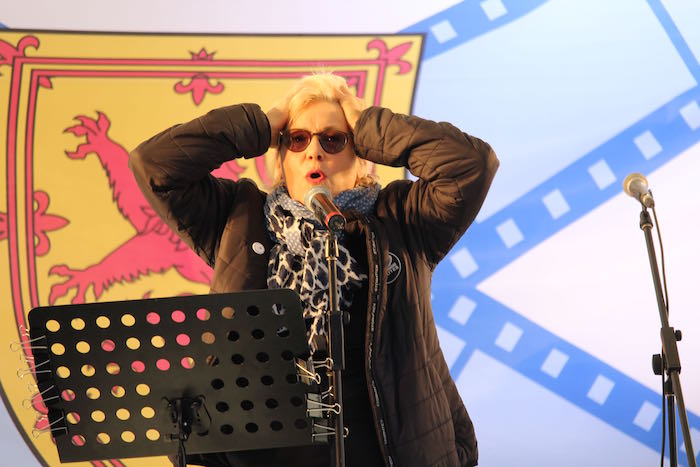 Cathy Jones, from This Hour Has 22 Minutes, spoke at the rally. Photo: Halifax Examiner

This week, an enormous rally surrounded Province House in Halifax to protest cuts to the Film Tax Credit program. Post-secondary students also staged a “study-in” at Finance Minister Diana Whalen’s office in opposition to the suspension of the tuition cap.

Also, Halifax’s top cop unveiled a new structure for the senior brass at the Police Department, and a slim silver lining for the Khyber Centre for the Arts?

Listen to Episode #8 of Examineradio below, or subscribe to the Examineradio podcast via iTunes. Examineradio also broadcasts on CKDU, 88.1 FM, Fridays at 4:30–5pm.