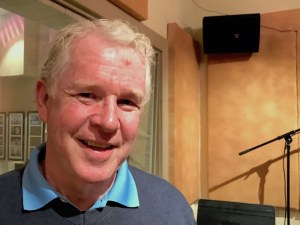 Danny Graham was leader of the Nova Scotia Liberals once. He’s worked on restorative justice issues and served as the province’s chief negotiator on Aboriginal rights.

Now he has this job with Engage Nova Scotia, which the Progressive Conservatives called a “plum patronage job” when they found out he was making more than $13,000 a month at one point. They demanded the McNeil government stop funding Engage.

Engage’s roots go back to 2012, but it really took off after the release of the Ivany report. Its purpose is to engage citizens, which, according to the Engage website, includes “building capacity” and “creating change.”

We all know how Tim feels about buzzwords. So who better than to walk us through what Engage Nova Scotia does than the chief engagement officer himself.

Plus, we talk about the community meetings on street checks held this week, and the story by Julia-Simone Rutgers in The Coast about them.

And I asked what Tim’s watching in court. Look here for spoilers.