You are here: Home / Featured / Ethicists: Immunity passports are a “bad idea” 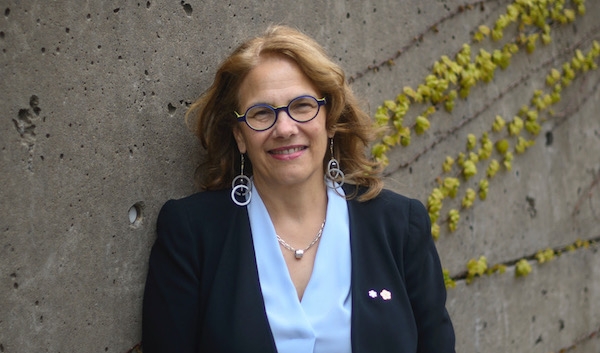 Granting immunity passports to people who’ve been infected with and recovered from COVID-19 is a bad idea on so many levels “that it’s hard to know where to begin.”

That’s the message outlined in an article published Thursday in the journal Nature. Co-authored by Dalhousie University professor and bioethicist Françoise Baylis, the piece highlights 10 reasons why so-called immunity passports that restrict movement on the basis of biology are dangerous and “won’t, can’t, and shouldn’t be allowed to work.”

“Imagine a world where your ability to get a job, housing or a loan depends on passing a blood test. You are confined to your home and locked out of society if you lack certain antibodies,” the article begins.

The idea of issuing immunity passports is being bandied about in several countries, including the US, UK, Italy, Germany and Chile. These digital or physical documents would be presented as proof that someone has been infected and is now healthy and immune to the virus.

The “risk-free certificates” would allow people to return to work, school, and/or to travel, all under the assumption they are protected from being re-infected with COVID-19.

But as the World Health Organization noted in an April 24 scientific brief, “there is currently no evidence that people who have recovered from COVID-19 and have antibodies are protected from a second infection.”

In an interview on Friday, Baylis said she has numerous concerns about the implications of immunity passports, noting that we need to be keenly aware of anything that changes our future “for the long haul.”

She worries such documents could become a platform for tracking and monitoring of individuals.

“If you allow that to happen in the context of a pandemic because you think, ‘Oh, I’m trading off privacy for health,’ it seems reasonable,” she said.

“But have you thought through the implications long term of creating that platform, having that information collected? In the article I explicitly allude to the fact that what looks like an immunity passport today could become the biological passport of the future, and what kind of information could that include?”

Baylis points to the concerns many people had after learning their genetic data shared via consumer genealogy DNA testing kits might be sold to third parties, shared with law enforcement, or potentially affect insurance rates or their ability to even get insurance.

“If it [immunity passports] should ever come to pass, what kinds of measures would be in place to protect your own interests?” Baylis asked.

Racialized and marginalized groups are also at increased risk of facing more scrutiny under an immunity passport system. Baylis and the article’s co-author Natalie Kofler note that during the current pandemic, policing in the US continues to target people from minority groups.

“If I had been writing this [article] here locally, I would be saying ‘Look, we have in recent memory a huge issue in Nova Scotia around carding and we need to look at that data which very clearly showed in an independent report that it disproportionately had an impact on the Black community,” Baylis said.

“So why would you think that this might not similarly have an impact on the Black community? We need to be mindful of that.”

She looked at the impact of mosquito-borne yellow fever in the Deep South in the 19th century, where immunity was wielded as a weapon and widened the divide between rich and poor.

“From the start, wealthy white New Orleanians made sure that while mosquitoes were equal-opportunity vectors, yellow fever would be anything but colorblind,” Olivarius wrote.

“Pro-slavery theorists used yellow fever to argue that racial slavery was natural, even humanitarian, because it allowed whites to socially distance themselves; they could stay at home, in relative safety, if black people were forced to labor and trade on their behalf.”

Baylis said history teaches us time and again that when you divide the world into haves and have-nots, you ultimately create and foster an environment in which people are going to be subjected to numerous injustices.

“What we’re saying is you don’t want to make that a golden ticket such that only those who have recovered can actually then go back out into the world, whether that’s for the purpose of socializing, working, traveling, etc.,” she said.

“We are of the view that if you really want to do that, you have to have it be equitable such that everybody can go back out into the world, so to speak, and in that context we’re really placing a lot of our emphasis on following public health measures.”

Baylis also notes that from a pragmatic point of view, immunity passports are a bad idea because it’s impossible to re-open any economy with only a tiny fraction of your population.

“You’re not going to do it with 5% of your staff or 5% of your customers. You need to basically have it be such that everybody can come back to work and everybody can become a potential customer, walk through your door to your restaurant, your cafe, or what have you,” she said.

“I think that it’s really important to help people to understand that the best way to help the economy is for us to think in terms of the community as a whole.”

Baylis also worries that if the only way for people to access social and economic liberties is to have tested positive and then recovered from COVID-19, many will willingly infect themselves.

“You’re creating this perverse incentive for people to go out and get themselves infected because that’s the only way of getting back their liberty, so to speak, and I think the reason we want to pay attention to that perverse incentive is everybody is predicting a second wave,” Baylis said.

“In the second wave, if our government and public health officials say to us ‘Look, you need to go back into your homes, you need to redo what you did in March and April and May,’ why would I trust you if I know that the only way for me to be able to get back to work, put food on the table, keep the roof over my head, etc. is to get infected and get recovered?”

What she believes governments and policymakers must do is engage in far more public consultation and with a greater degree of openness about their plans.

“It seems to me that when you are having this kind of a dramatic impact on the lives of citizens, it’s appropriate to try to figure out how to do proper public consultation. I understand that some of the decision making is being made under relatively severe time constraints,” she said.