You are here: Home / Commentary / Equity in transit and the “why” of our transportation infrastructure

I was excited for Shift, the annual conference organized by Dal planning students even before speaking to Monica Tibbits-Nutt, the Boston-based transportation planner who will deliver a keynote address Friday morning.

Tibbits-Nutt shared my enthusiasm for the slate of presenters coming to town to speak on this year’s transit theme, but then pointed out another reason to get excited about Shift: In Transit. “We don’t have a lot of conferences where all different types of community members, professionals and students are just welcomed in,” says Tibbits-Nutt. “I’m excited that it’s open to everybody.”

And there’s no better time for the full gamut of Halifax citizens to get a glimpse of how planners from around the world think about transit. As a city we are on the cusp of approving (or at least debating) a new 10-year transportation plan, and our bus route network will be overhauled within the next few years. Heck, even that overhaul may get its own overhaul before then. We’re in a period of great potential change, and so it’s an important time for us to hear from the likes of Tibbits-Nutt and her colleagues. 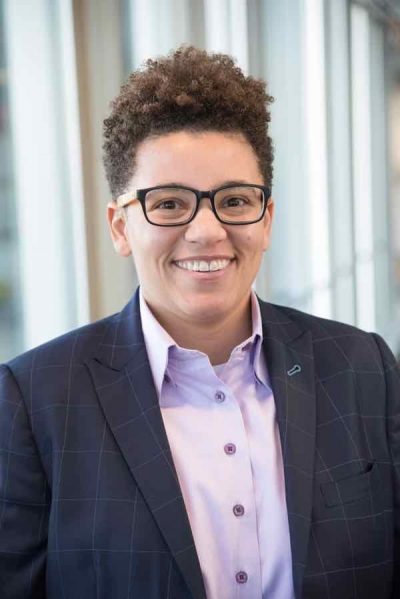 Tibbits-Nutt will be speaking about equity in transit services, something that’s been distinctly left out of the conversation in Halifax so far.

Equity is about far more than the cost of getting on a bus or ferry. Not that programs like Halifax’s newly minted Low Income Transit Pass program don’t help, but there’s a much broader issue than simply ability to pay user fees. “It’s way greater than that,” says Tibbits-Nutt. “The bus, especially in the US, has been treated as a second class option that caters to second class citizens. And that is just horrific. And we know that it is wrong, but as an industry and as a discipline, have been very slow to take it on to the level that we should.”

The sometimes unstated, sometimes overt propensity to build services for “choice” riders, and ignore the needs of so-called “captive” riders, has created inequities in the distribution of transit services. While there hasn’t yet been an analysis of this distribution in Halifax, there’s reason to think that the pattern is repeated here. For instance, Halifax Transit’s highest quality transit services are aimed squarely at 9-5 commuters from outside the urban core.

“We’re perpetuating these horrific cycles of underdevelopment and underinvestment in [lower income] communities,” says Tibbits-Nutt. “We give them no access to employment, and no access to education. And then we somehow think they are going to be able to better their lives even though we’ve put every possible barrier in the way of doing it.”

A transit planner might respond, but we have to get people out of their single occupancy vehicles, don’t we? And certainly, that seems to be the singular goal of Halifax’s transit system, to the possible exclusion of any sort of value for equity or even efficiency of the system. Commuter services are the most expensive to provide, since they all take place at peak demand times, when resources are already maxed out. What’s worse, an inequitable system creates the desire (and need) for vehicle ownership among lower income households.

“At the end of the day, choice users are going to use cars,” says Tibbits-Nutt. “They just are. Sometimes they will use public transit if it’s nice enough, frequent enough. But you have an entire public transit-dependant community who you know don’t necessarily want to get a car, because of the expense associated with that, but by the quality of the service we are providing are being given no choice.”

You can hear from Tibbits-Nutt yourself on Friday morning at the Halifax Central Library as she starts what I hope is a continuing conversation about equity in transit services in Halifax. Then on Saturday morning, Tibbits-Nutt will help tackle “The Future of Transit” with fellow Shift panelists.

Another talk not to be missed is Houston’s Kurt Luhrsen on Friday afternoon at the school of planning. Luhrsen will share lessons from Houston’s complete redraw of its transit route system (sound familiar?), which was launched literally overnight in 2015. Then on Saturday afternoon we’ll have a chance to hear from David Bragdon, executive director of TransitCenter, a US-based urban mobility think tank doing compelling research that is challenging how we think about transit services.

Tonight will feature Andreas Røhl at the casino, brought here for the Carmichael Lecture sponsored by the Downtown Halifax Business Commission, purposefully in conjunction with the Shift conference. Røhl has experience to share dating back to his days with the City of Copenhagen, where he helped shape bicycle and urban transport policy for many years. Now with Gehl, he is consulting with cities and organizations worldwide on transit, transportation and development. 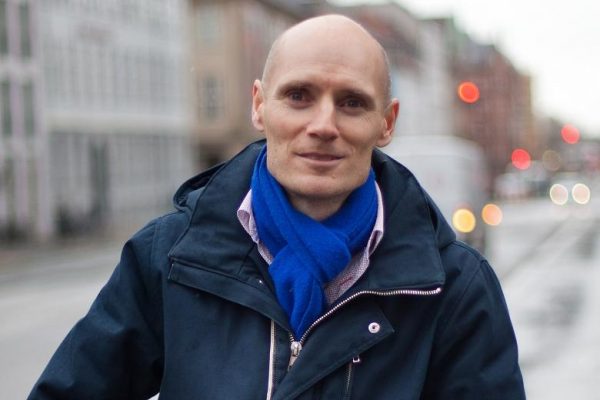 Røhl’s talk is tentatively (at time of interview) titled “There’s more to transport than transport,” referring to the far reaching effects of transportation choices on our health and quality of life. He stresses that in order to reverse the direction of our transport choices to more sustainable modes, cities need to focus on the “why”:

We had a big focus on this when I was at the city of Copenhagen, but it’s also part of my work at Gehl… That is working with data, with numbers, so you can build a valid argument on why we should build our cities like this. It’s not just because it feels good in my stomach that we should cycle more, there’s actually a value in it. You can call it a business case, or an argument. Whatever language you use, it’s about looking at the why, and having a lot of focus on that. Not just on how should we design this stuff. Of course the design is important, but before you get to the design, we need to take a lot of difficult decisions on why should we do it, why should we allocate money, and why should we allocate space.

Copenhagen is famous for its large cycling mode share (more than one-third of trips!), but transit is also a key part of the mix. “Sometimes everything seems to be about bicycling,” says Røhl. “And it’s not. It’s just that bicycling is an important and integrated part of Copenhagen’s overall transportation system. It’s just there, and taken as seriously as other modes.”

For the rest of the Shift conference schedule of free and open events, go here.