You are here: Home / Featured / Elizabeth May: the consolidation of the Canadian pulp industry is ‘a remarkable and ominous story’ covered only by Joan Baxter and the Halifax Examiner 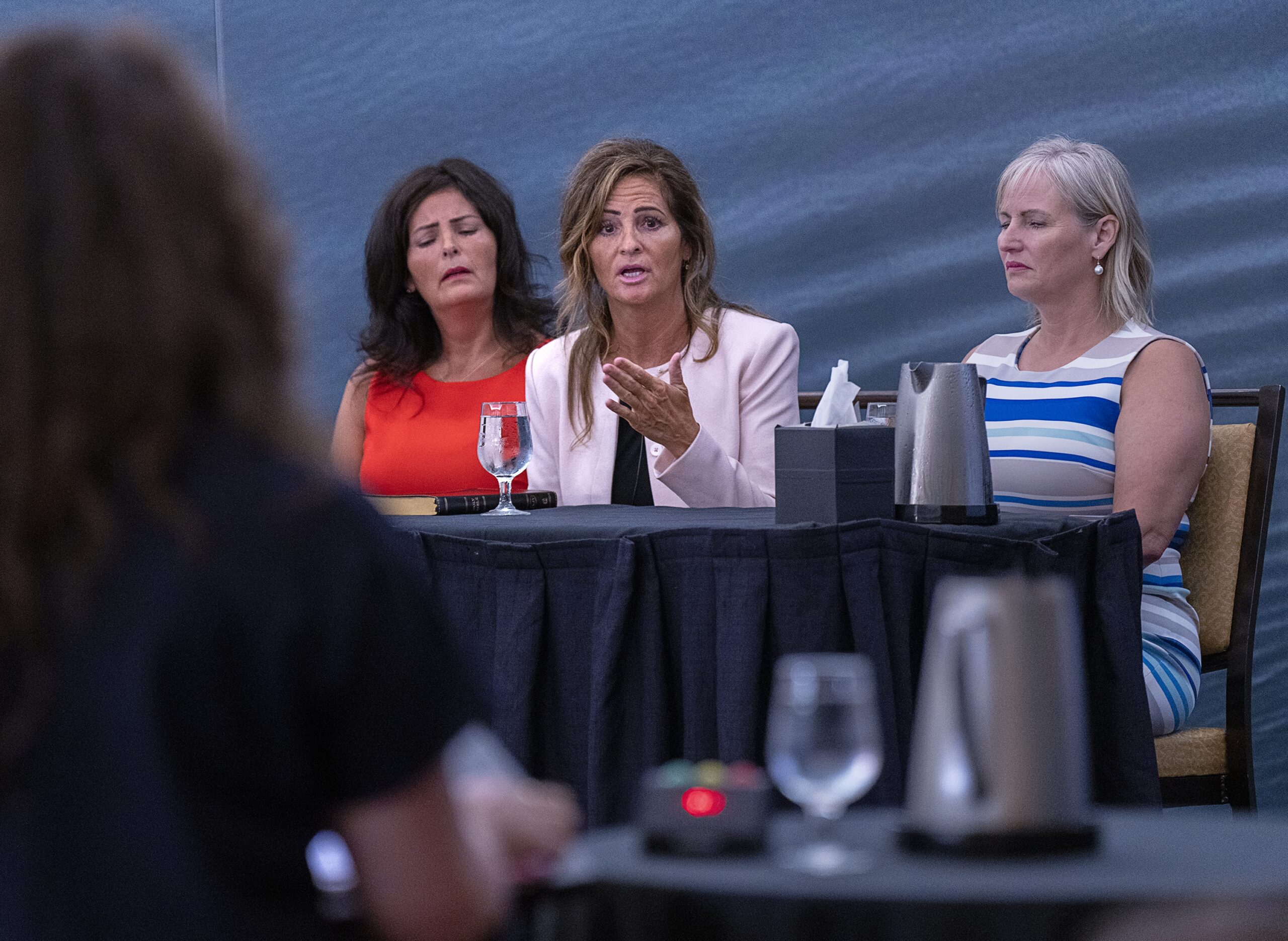 Lisa Banfield is flanked by her sisters Janice (left) and Maureen (right) as she testifies at the Mass Casualty Commission inquiry into the mass murders in Nova Scotia on April 18/19, 2020, in Halifax on Friday, July 15, 2022. Photo: THE CANADIAN PRESS/Andrew Vaughan

Lisa Banfield testified in person at the Mass Casualty Commission on Friday. I was in the room and followed the testimony on my Twitter feed, but needed to think about it before writing an article.

In the meanwhile, Stephen Kimber stepped in and asked “What was it that lawyers for the families were so eager to ask Lisa Banfield that they didn’t already know?” and explored the supposed unanswered questions — involving her shoes, the escape from the fake police car, the handcuffs, and her overnight stay in the woods.

That allowed me to think about how she has been vilified on social media and elsewhere. I pondered and processed my thoughts, and wrote about it yesterday — “The witchification of Lisa Banfield.”

I’m glad that article is getting a lot of attention, but I’m dispirited by the attacks on her, the unfairness and just plain meanness of it all. There’s no moving on from this; it gets to the heart of something terrible and rotten about our society. I don’t know what to do with that.

And I fear for Banfield. She’ll be dealing with these unfair and mean attacks for the rest of her life, and they’ll just get uglier.

I’m taking a break from the proceedings today, but you can watch the panel discussion on “Mass Casualties, IPV, GBV and Family Violence: Exploring the Connections” here.

Tomorrow, the commission will release the next foundational document, “Perpetrator’s Financial Misdealings.” 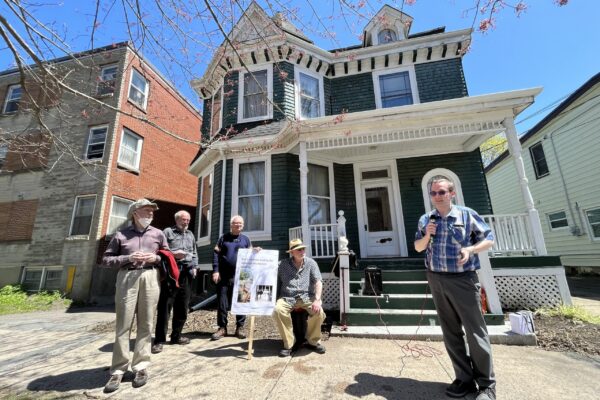 William Breckenridge speaks at a rally in front of 1245 Edward St. in Halifax on Thursday, May 12, 2022. — Photo: Zane Woodford

“A committee of council has recommended in favour of heritage registration for a Dalhousie University-owned building at risk of demolition,” reports Zane Woodford:

The Heritage Advisory Committee held a special meeting on Friday to consider a third-party request to include 1245 Edward St. in the municipal registry of heritage properties. Despite community opposition, Dalhousie wants to demolish the house, built in 1897, and as the Halifax Examiner reported on Thursday, it has a new permit to do so after an early start last week.

But a heritage registration will complicate the university’s plans.

Planner Aaron Murnaghan told the committee that once the university receives a letter notifying it of the heritage hearing, the property gets some protection.

“The building will be protected from demolition for 120 days or until it’s officially registered by council,” Murnaghan said.

Until Dalhousie gets the letter, it’s technically free to demolish the building. But Murnaghan said the process isn’t that simple.

“My understanding is that there is ongoing abatement processes on the property and as of yesterday, there were still some permits that had not been received by Dalhousie that they would likely need to start the process of actual demolition,” Murnaghan said.

“So it is it is likely that the house will still be standing when they receive notice.” 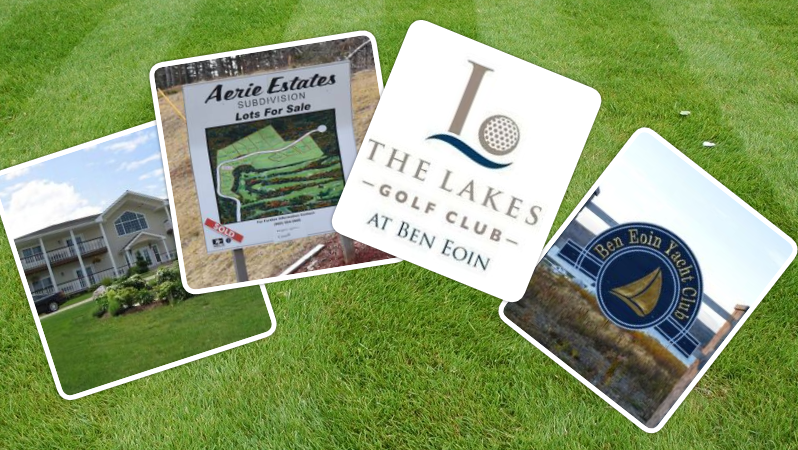 Well, according to ACOA’s Notice of Action, filed with the Supreme Court of Nova Scotia in Halifax on June 2 (and included below), it’s because the agency never approved the sale of The Lakes Golf Club to BEDGInc and, as a result, is entitled to redeem its equity investment in the club.

I’ve covered what I’ve dubbed “the Ben Eoin Shuffle” in ridiculous detail, but the short version is that a lot of public money has been spent over the years in an attempt to turn Ben Eoin into a “four seasons” recreation area. The results have been, shall we say, mixed. The not-for-profit Ben Eoin Ski Hill is an obvious success and a community asset but the other developments—including the golf course, the marina, the “country inn” and the hilltop “subdivision” (read: the $1.1 million road) constitute more dubious achievements.

Campbell does a great job detailing the corporate shell games and property shuffles alleged in the lawsuit.

Click here to read “ACOA Tees Up a Lawsuit in Ben Eoin.” 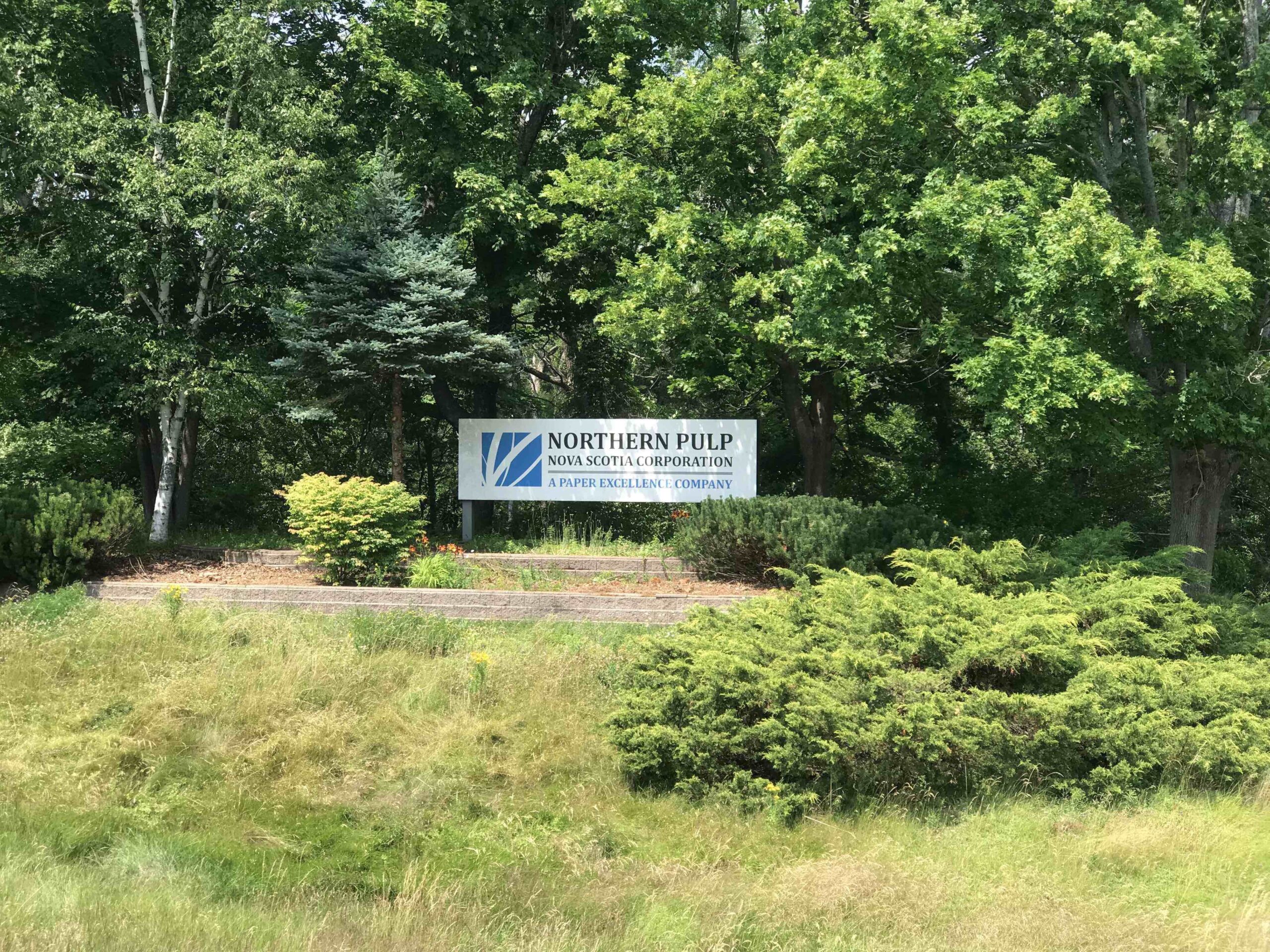 Other than Joan Baxter’s detailed reporting in the Halifax Examiner, there’s been very little media coverage of a gigantic international story: the takeover of much of Canada’s pulp industry by Paper Excellence. The regulatory agencies seem unconcerned about the corporate buyouts and consolidations, which sure look like a monopolization of the industry by a single family with the backing of a foreign government, and the rest of the national press is likewise unfazed.

Joan has been writing for the Halifax Examiner. Other than her work, no other journalist or news outlet is tracking a remarkable and ominous story.

Baxter has more reporting on this story in the works. Stay tuned.

5. Dnipro and the space port

“Russian long-range cruise missiles killed three people in Ukraine’s central city of Dnipro when they hit a space rocket plant and a nearby street, local officials say,” reports Laurence Peter for the BBC:

About 15 people were injured and nearby residential buildings damaged.

Another two people died when dozens of Russian rockets were fired at Nikopol, south of Dnipro, a regional leader said.

And in the north, Russian rockets hit housing overnight in Chuhuiv, a town near the city of Kharkiv, killing three people, the Kharkiv governor said.

I had assumed the Russians would spare the rocket factory, thinking they could repurpose it for their own needs after the war, but evidently it was playing too important of a role in Ukraine’s defence. Perhaps this indicates that Russia has given up hope of occupying the country as west as Dnipro.

There’s nothing good about any war, and this particular war is an especially heinous display of Russian aggression.

The extent of the damage to the rocket factory is not clear; perhaps it can be put back in operation. In the scheme of the tremendous loss of life through the war, the factory’s role in the proposed Canso space port is immaterial, but it doesn’t seem that that project will be proceeding any time soon.

This morning, the CBC published a bizarre urban legend being spread by Dr. Chris Ozere, who practices in Dartmouth:

Through his daily medical practice at the Albro Lake Medical Clinic, Ozere heard a story about the deliberate transmission of the blood-borne virus hepatitis C.

Hep C is not transmitted through sex, or cuddling or coughing, Ozere said.

“So they’re aware that it’s blood where you get this infection from because hepatitis C is not a sexually transmitted disease, it’s blood-borne disease,” he said.

He said he heard that people were “sharing blood.” He wasn’t sure if that meant sharing needles with blood in them, or something else.

“So in the course of my practice, I heard a story about IV drug users passing hepatitis C to each other or to somebody as a favour… the favour being that you get hepatitis C.”

It’s considered a favour because seeking out the cure can reap rewards. Once infected, people can turn to the government to pay for the cure, he said.

Prescriptions for the treatment are taken to a pharmacy where loyalty points can be earned. The points can be converted to things that can be “traded and used.”

It’s just a story, but Ozere believes it is credible.

“If you’re an IV drug user and, you know, they’re desperate for money at times, this is, I think, what they came up with, this notion,” he said.

The Loch Ness monster is “just a story,” too, but is more credible than this.

A very quick scan of the academic literature shows that there is a concern about illicit drug users sharing needles and therefore incidentally sharing blood, and that can spread hepatitis C. But with the exception of a localized social practice in Kampala, Uganda, I see no literature showing that any significant number of people are purposefully sharing blood anywhere else, and especially not for purposes of reward points, even in Uganda.

This is my theme song of late: