I’m Katie. It’s Tuesday and there are lots of things happening today. 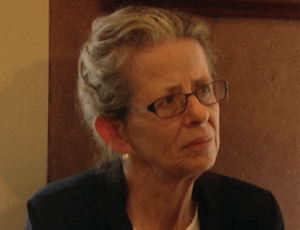 “Tomorrow a Harrietsfield woman will become the first citizen in Nova Scotia to lay charges or undertake a ‘private prosecution’ under the Environment Act against two individuals and two numbered companies,” report Jennifer Henderson and Linda Pannozzo for the Examiner:

Both companies are no longer active, but one of them was in the stable of the Municipal Group, which also owns Dexter Construction.

The private prosecution is an unusual measure aimed at embarrassing the province into taking action to make polluters pay for damage affecting people and the environment.

For more than four years, Marlene Brown has been filling up water bottles at St.Paul’s Church on the Old Sambro Road. Her well contains levels of heavy metals that exceed Canadian Drinking Water Guidelines according to tests carried out by an employee of the Nova Scotia Department of Environment. Brown and as many as 43 other Harrietsfield residents believe their wells remain contaminated as a result of groundwater leaching from a construction debris salvage yard originally owned and operated as RDM Recycling when it opened in 2002.

2. Halifax will try to deal with street checks 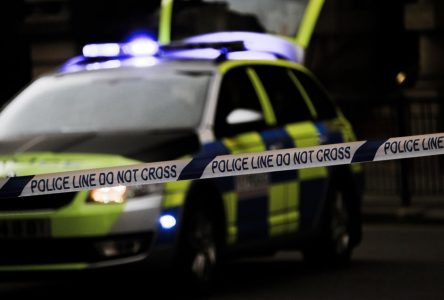 The Nova Scotia Human Rights Commission will “work with” Halifax Police to analyze and review street check data, after a report earlier this year found that Black people are about three times more likely to be stopped by police in Halifax than their white counterparts.

“We’ve been working very closely with the community and the people that wrote the letter in terms of what they wanted to see. This was very much on the top of their list,” said Christine Hanson, director and CEO of the human rights commission.

“They wanted to better understand the data and then afterwards they would like to just have an open conversation in an very constructive way to talk about how do we deal with whatever we find.”

According to Metro, the “commission will be paying for the costs” of the data analysis. I think questions remain about why we need another report when we have numbers that were provided by the police department’s new data guru. Will this provide useful new information or become another exhibit of consultation ad nauseum?

3. Accessibility Act before the election?

Everyone is sure an election is coming up — the province won’t even commit to keeping its butt in the chair long enough to pass a budget — but Liberals are still trying (poorly) to keep their cards close to the chest, I guess?

They do hope, however, to pass their Accessibility Act. This bill is something of a success story for the political process. The act was first excoriated by disability rights advocates for actually hindering accessibility — but after public hearings on the bill and many amendments the government hopes they now have something that will be helpful to disabled people, rather than actively harmful.

According to Keith Doucette, of the Canadian Press:

The revised bill now includes a goal of achieving an accessible province by 2030, and revamps a proposed 12-member accessibility advisory board to include seven members with disabilities.

Under the changes, the new act would initially set out six specific provincial standards to be met to make public places more accessible. A new position of director of compliance and enforcement would also be created, removing ministerial involvement in the process.

The changes were welcomed by Gerry Post, who represents a coalition of 35 disabled groups.

“I’m very pleased with the outcome of the bill,” said Post, who said he hoped the act would be passed later this week.

The trial of William Sandeson, the Dal student accused of murdering his fellow student, continues.

Police are looking for a man who they believe sexually assaulted a woman outside Winners in Bayers Lake. The man and woman did not know each other.

1. Know when you’re being played

This election is about to happen, and that means a slew of funding promises just before the writ gets dropped. Thus, some not-so-cryptic wise words appeared on the Facebook page of Springtide Collective’s Mark Coffin:

2. Bayers Lake is a dumb place for a hospital

Tristan Cleveland joins a resounding chorus of people who think that Bayers Lake is a dumb place to put the QEII outpatient centre.

3. Some thoughts on statues 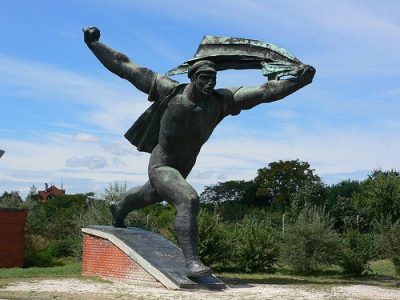 Let’s talk about Budapest, Hungary. Hungary has many issues right now, to put it lightly — I’m not erasing that, but in this Morning File I’m just going to focus on its history being ravaged by totalitarianism during the cold war.

A big part of totalitarianism was a constant barrage of reminders over how to think and who to celebrate. Many of those reminders took the form of statues. The statues did this work because statues are inherently celebratory forms of public art.

In 1956, the city briefly held its own against both Soviet forces and homegrown authoritarianism for three weeks. Rebels tore down a monument of Stalin that had only been “gifted” to the city a few years ago, leaving nothing but his boots. They took the time to do this because symbols matter. 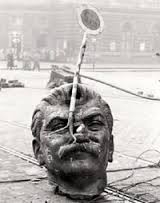 The uprising was crushed. 3,000 Hungarians died. The regime held onto control until the final fall of the iron curtain.

Two years after the fall of the Berlin wall, the statues were all torn down and relocated to the outskirts of the city, in an open-air museum called Memento Park. The survivors of authoritarianism agreed that while the darkest parts of their history couldn’t be forgotten, that doesn’t mean that they needed to celebrate them in the public square.

You can still see Stalin’s boots in the park today.

Anyway, on a completely unrelated note, Governor Edward Cornwallis is back in the news.

When it came to genocidal tendencies, Cornwallis was a repeat offender. As Trevor J. Adams noted when this debate went down last year, “before coming to Halifax, Cornwallis’s claim to fame was his role in suppressing unruly Scottish Highlanders during the 1745 Jacobite Rebellion. Rape, mass murder, forced starvation, and ethnic cleansing were his weapons of choice.”

City Council will, once again, be debating whether maybe it’s finally time to reconsider if Cornwallis is a guy we want to celebrate. They’re expected to ask for a staff report that will include “a recommended composition for an expert panel to review and advise Council regarding any changes to the commemoration of Edward Cornwallis on municipal assets, including Cornwallis Park and Cornwallis Street, and recommendations to recognize and commemorate the indigenous history in the lands now known as Halifax Regional Municipality.”

Making music in the Maritimes is hard.

Halifax Regional Council (Tuesday, 10am, City Hall) — there’s a lot going on. Particularly, confidential discussions over Birch Cove and the proposed rail corridor, as well as the Cornwallis debate getting reignited. It could be a long night.

Community Design Advisory Committee (Wednesday, 11:30am, City Hall) — all about the Centre Plan. 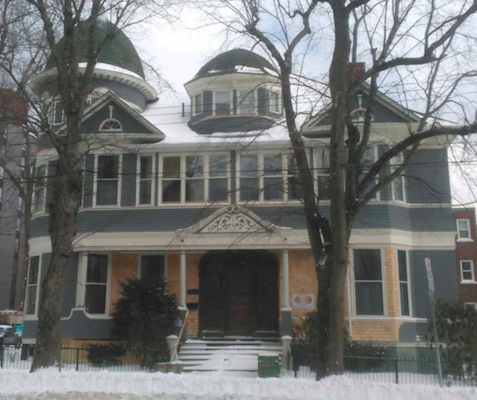 Heritage Advisory Committee (Wednesday, 3pm, City Hall) — an application by the owners of the Clarke-Halliston House, a registered heritage property at 1029 South Park Street (photo above), to make “substantial alterations” to the building. Details here.

Legislature Sits (Tuesday, 1pm, Province House) — the budget will be dropped on Thursday, but don’t give it too much attention. MLAs can be expected to be reading over their campaign speeches  while they wait for an election to be called.

Thesis Defence, Geography (Wednesday, 9am, Burke 207) — Masters student Jodi-Ann Francis-Walker will defend her thesis, “To Stay or to Leave: An Assessment of the Social, Economic, and Political Factors That Influence International Students When Deciding to Remain in, or Leave Nova Scotia Upon Graduation.”

Yesterday, Saturday Halifax Examiner contributor El Jones took to Facebook to share a powerful story of a community coming together to support an incarcerated man at a family funeral.

It’s worth reading in full.